Mercedes-Benz has revealed technical details of its redesigned C-Class compact sedan, which will arrive in Canada early year as a 2022 model.

Initially, the new C-Class will come here with a C 300 4Matic designation carried forward from the current model. That entry-level label accompanies a 2.0L turbo four-cylinder engine making the same 255 hp as today’s C 300, but adding 22 lb-ft of torque for a new total of 295.

The 2022 Mercedes-Benz C 300 will also be the first C-Class to get the company’s 48-volt mild hybrid (MHEV) system, whose integrated starter-generator (ISG) can contribute 20 hp and 147 lb-ft of torque for quick bursts of acceleration. That hybrid system also provides energy recovery through regenerative braking and can allow the car to “glide” with the engine off. 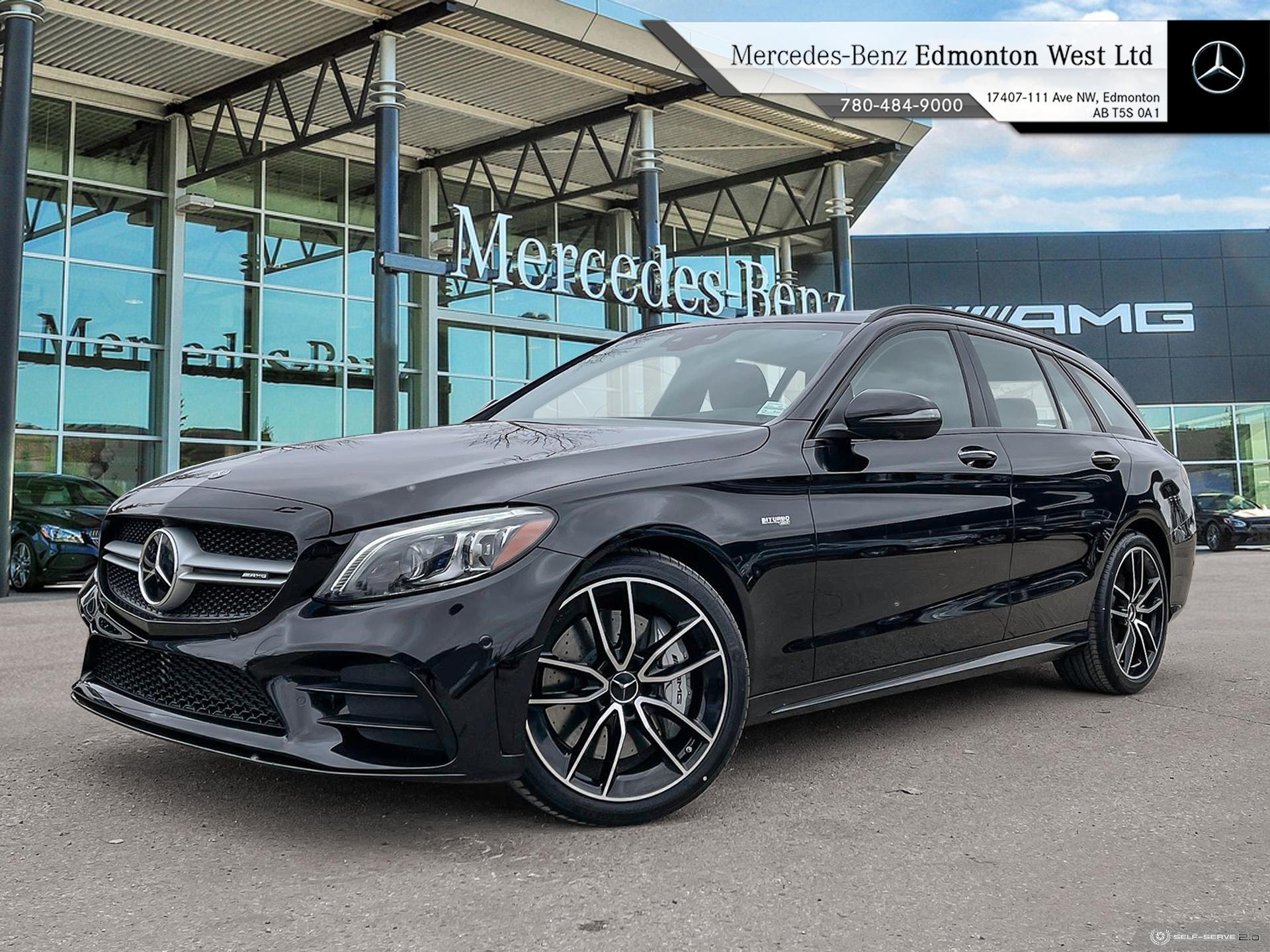 The C-Class’s ISG is built into the car’s revised nine-speed transmission for more efficient packaging; the 4Matic AWD system’s transfer case generates less friction than before to aid fuel economy, and the system can direct more torque to the front axle when added traction is called for.

Mercedes doesn’t say as much in its C-Class announcement, but there’s little doubt that more potent versions of the new C-Class will follow, like the current model’s turbo V6-powered AMG C 43, and the AMG C 63 with its turbo V8 thrust.

Underneath styling that borrows heavily from Benz’s other sedan models is a C-Class that’s 65 mm longer and 10 mm wider and rides on a wheelbase stretched by 25 mm. It’s that last figure that has the greatest impact on interior space: rear-seat occupants enjoy at least 10 mm more headroom (and a little more in cars without a sunroof), and an extra 21 mm of legroom.

Those seated up front get the best view of the C 300’s updated high-tech features, including the second-generation MBUX infotainment system introduced last year in the full-size S-Class. It brings a choice of 10.25-inch or 12.3-inch digital driver displays, and a standard 11.9-inch central screen.

Mercedes-Benz says MBUX can now distinguish between different human voices, and will also let you communicate with smart home components. MBUX also now allows for over-the-air software updates, including the future installation of features and functions that don’t exist yet.

Optional is an augmented reality navigation system that will overlay guidance directions onto your real-world view. In addition, an available digital light headlight system works with the car’s driver assists to continually adapt light distribution to driving conditions; they can even help guide you through narrowed driving lanes in construction zones and spotlight pedestrians the car determines could be a collision risk.

Driver assists include a sharper adaptive cruise control system that can recognize and react to stationary vehicles at speeds up to 100 km/h and provide active steering assist up to 210 km/h; and a new camera setup is better at picking out lane markings and reading traffic signs.

The 2022 Mercedes-Benz C 300 will arrive in Canada in the first quarter of next year, with pricing to be announced closer to that time.