Toyota has announced pricing for its all-new midsize Highlander crossover, which has more tech and a new platform. The SUV starts at just under $40,000, but the big news is for buyers looking at the hybrid model. The price of entry there has fallen by more than $5,000.

The Toyota Highlander is new for 2020, inside and out, starting with the styling. It's not as aggressive as the 4Runner or the 4Runner-like new RAV4, instead going for a sleeker, more sophisticated appearance. It looks like it's styled for downtown, not the back 40.

It's based on Toyota's new TNGA platform, and it's gotten more upscale inside. There's more padding, better sound insulation, and LED mood lighting and embossed leather on top trims.

Power comes from a 3.5L V6 making 295 hp and 263 lb-ft of torque, a version of the engine Toyota uses across much of its lineup. It's matched with an eight-speed automatic and comes with front or all-wheel drive. Limited and Platinum trims get a new torque-vectoring AWD system with terrain modes. The Highlander Hybrid gets a 2.5L four-cylinder engine and a pair of electric motors for a total of 240 hp, and a new battery pack that doesn't cut into the 454L of cargo space.

The base L model is a new trim this year, a front-drive only model with 18-inch alloys, heated front seats, LED headlights, and a power driver seat. LE AWD adds connected services, an 8.0-inch touchscreen, dual-zone climate control, push-button start, and more. XLE gets a moonroof, Softex faux leather and extra connectivity features. Limited adds 20's, a larger roof, leather seating with heat and ventilation for the front, and a heated wheel. There's also a 1,200-watt JBL audio system, nav, and a hands-free tailgate. Platinum is the new top trim, a seven-seater with special interior and exterior detailing, heated second-row captains chairs, a 12.3-inch touchscreen, and a colour head-up display.

The Hybrid model is now just $2,000 more than the gas version, and also starts with the lower-priced LE trim. Previously it started at XLE grade. The Hybrid comes in LE, XLE, Limited, and Platinum, with each equipped just like the gas counterpart, and all three returning trims significantly cheaper than last year.

The 2020 Toyota Highlander goes on sale next month, with the hybrid arriving in early Spring. 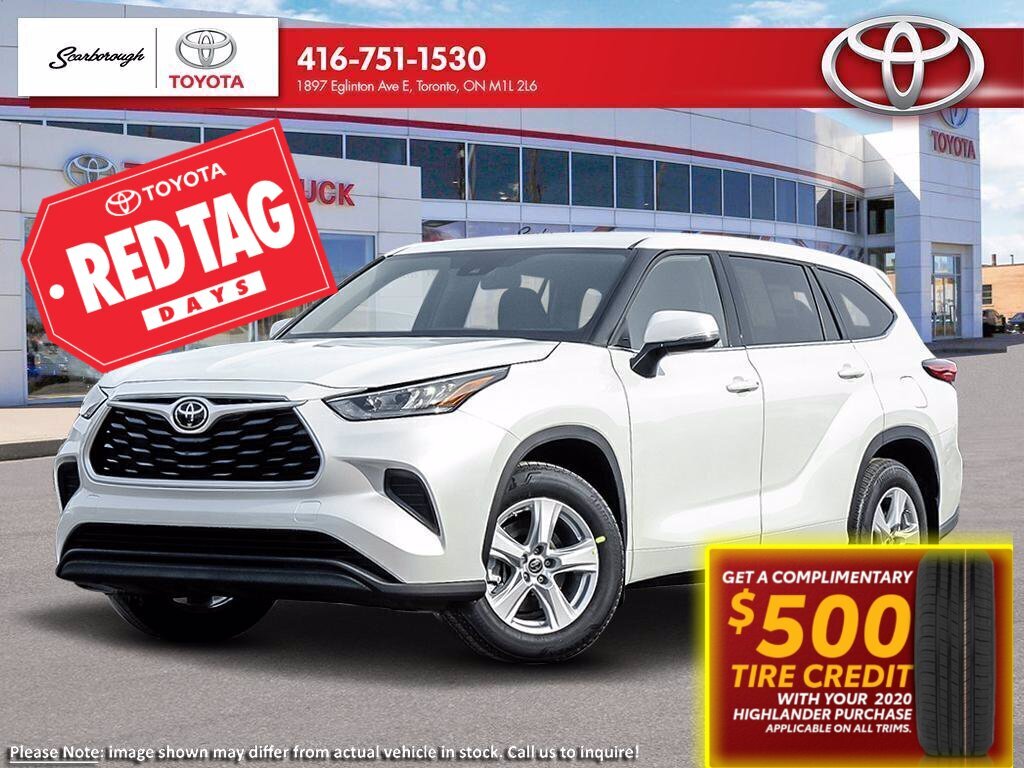