Volkswagen US has just announced that production of the Golf Sportwagen and of the Alltrack is ending along with 2019. But if you were waiting to get your Volkswagen wagon in Canada, then you've still got some time.

The Golf Sportwagen, and the Alltrack, have only been around for a few years. The Sportwagen offered up a Golf with extra cargo space, and the Alltrack doing the same thing but adding ground clearance and rugged cladding to make it appeal a bit more to those buyers looking for a crossover with a bit less height.

They were both available with a six-speed manual transmission, which made the front-drive Sportwagen the only current-model-year front-drive wagon with a stick we can think of, and doing the same with AWD made it and the Alltrack one of a very small group.

But buyers want crossovers. VW US reported more than 50 percent of its sales were crossovers in the first half of this year. And we expect similar figures here. With more crossovers already in the pipeline – including a recently announced smaller model we're expecting to see in 2021 and the ID. Buzz electric – crossovers are likely to continue their climb at VW. So, Sportwagen and Alltrack production end in December.

That doesn't mean you can't get one next year, though. Volkswagen Canada confirmed only that this is the last model year for this generation. And that VW Canada is building up an inventory of the wagons – enough to last dealers until the end of 2020.

What happens then? We'll have to wait. A VW Canada spokesperson told us that "once the eighth generation of the Golf family begins production, a clearer picture of the future of these models in Canada will be determined." 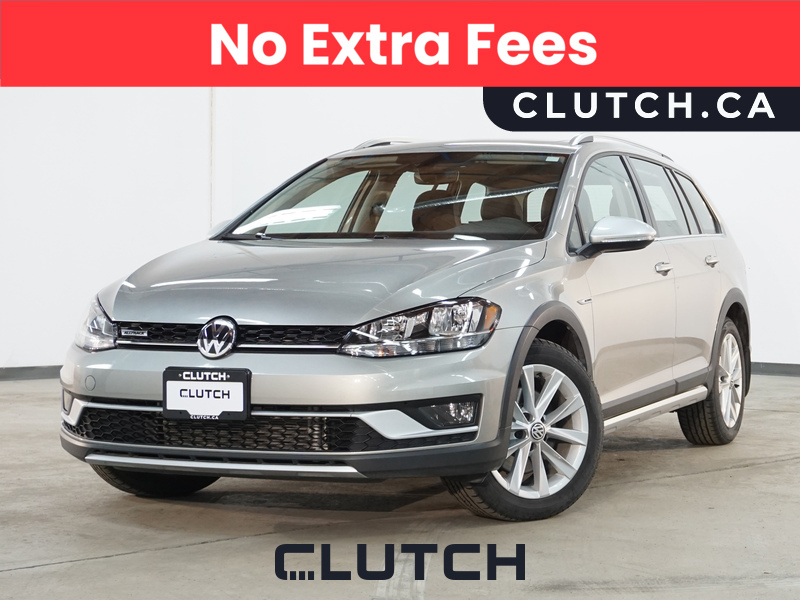