Nissan Canada today announced the Leaf Plus will go on sale in April with a starting price of $43,998.

Marketed as the Leaf e+ elsewhere, the vehicle is called the Leaf Plus in Canada. Boasting a 62 kWh battery pack, it promises 363 km of driving range. Both of those figures are about a 50 percent increase compared to the standard Leaf.

The larger, more energy-dense battery pack bumps the Leaf Plus's power output to 215 hp from the standard car's 147. Nissan says the new battery allows for acceleration that's 13 percent quicker (a claim we're not sure how to interpret) and a top speed 10 km/h higher than the standard model.

All Leaf models come with Nissan's ProPilot driver assist system, and a rear door alert that reminds the driver to take valuables with them when they leave he vehicle.

Nissan also revealed today that the Leaf has surpassed 400,000 sales worldwide since it was launched in 2010, making it the first EV to cross that threshold. Nissan says the Leaf was Europe's best-selling EV in 2018, and Norway's best-selling car, period, last year.

The Leaf first reached Canadian showrooms as a 2011 model. 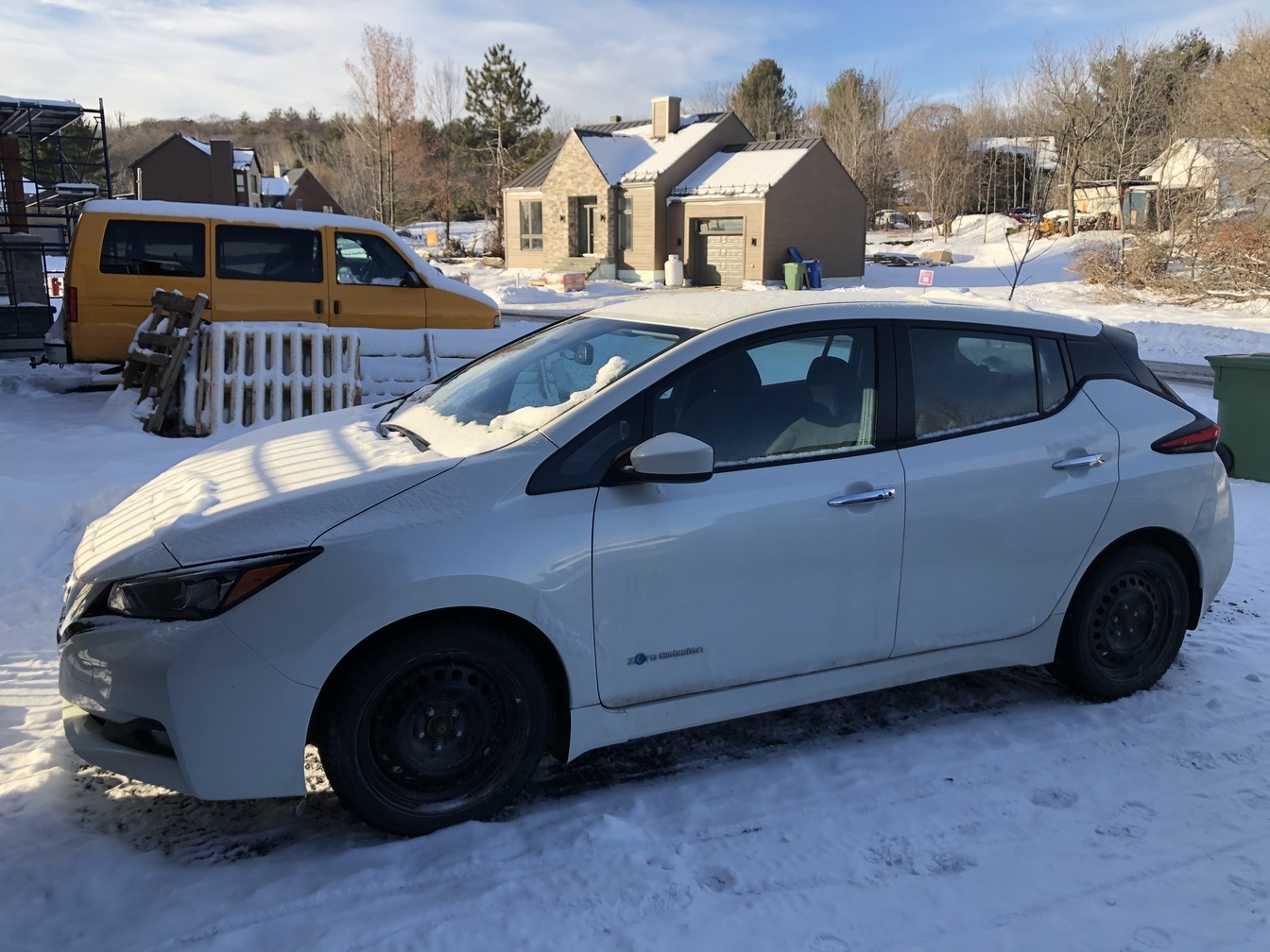 Chevrolet Bolt EV Hyundai Kona Electric
About Chris Chase
As a child, Chris spent most of his time playing with toy cars in his parents’ basement or making car sounds while riding his bicycle. Now he's an award-winning Algonquin College Journalism grad who has been playing with real cars that make their own noises since the early 2000s.
Follow me
You may also like
AdChoices
Latest Articles