The Most Powerful 911 Ever Debuts at Goodwood

It was first shown earlier this month as the cover car for Forza Motorsport 7. Now, the most powerful 911 ever has been shown in action for real at the 2017 Goodwood Festival of Speed in the UK.

The heart of the GT2 RS the 3.8L flat-six from the 2017 Porsche 911 Turbo S, but there are big changes. Bigger turbos, water-injection to cool the intake charge, and a titanium exhaust. It all adds up to 700 hp and 554 lb-ft of torque. Porsche says the titanium exhaust saves 7kg over the Turbo's, but, more importantly, they said it "delivers an emotional sound without precedent." We can't wait to hear it.

All that power runs through a special version of Porsche's seven-speed PDK dual-clutch transmission and is sent to the rear wheels. That helps it hit 100 km/h from a stop in 2.8 seconds and to a top speed of 340 km/h.

Helping the GT2 RS turn as fast as it goes is Porsche's rear-axle steering. The Porsche Stability Management system has also been recalibrated for better dynamics. There will be a sport mode, just in case the standard car isn't quite sporting enough. At the road are massive 325/30 rear tires on 21-inch wheels, with 265/35 on 20-inch in the front. Carbon-ceramic brakes come standard.

Outside, there are changes to nearly every panel. It's a very extreme version of the classic 911 shape. It has GT3-style fender vents, a carbon front trunk-lid, and the front bumper is almost entirely grille opening. The roof is magnesium, and the mirror caps, air intakes, and most of the rear are carbon fibre. 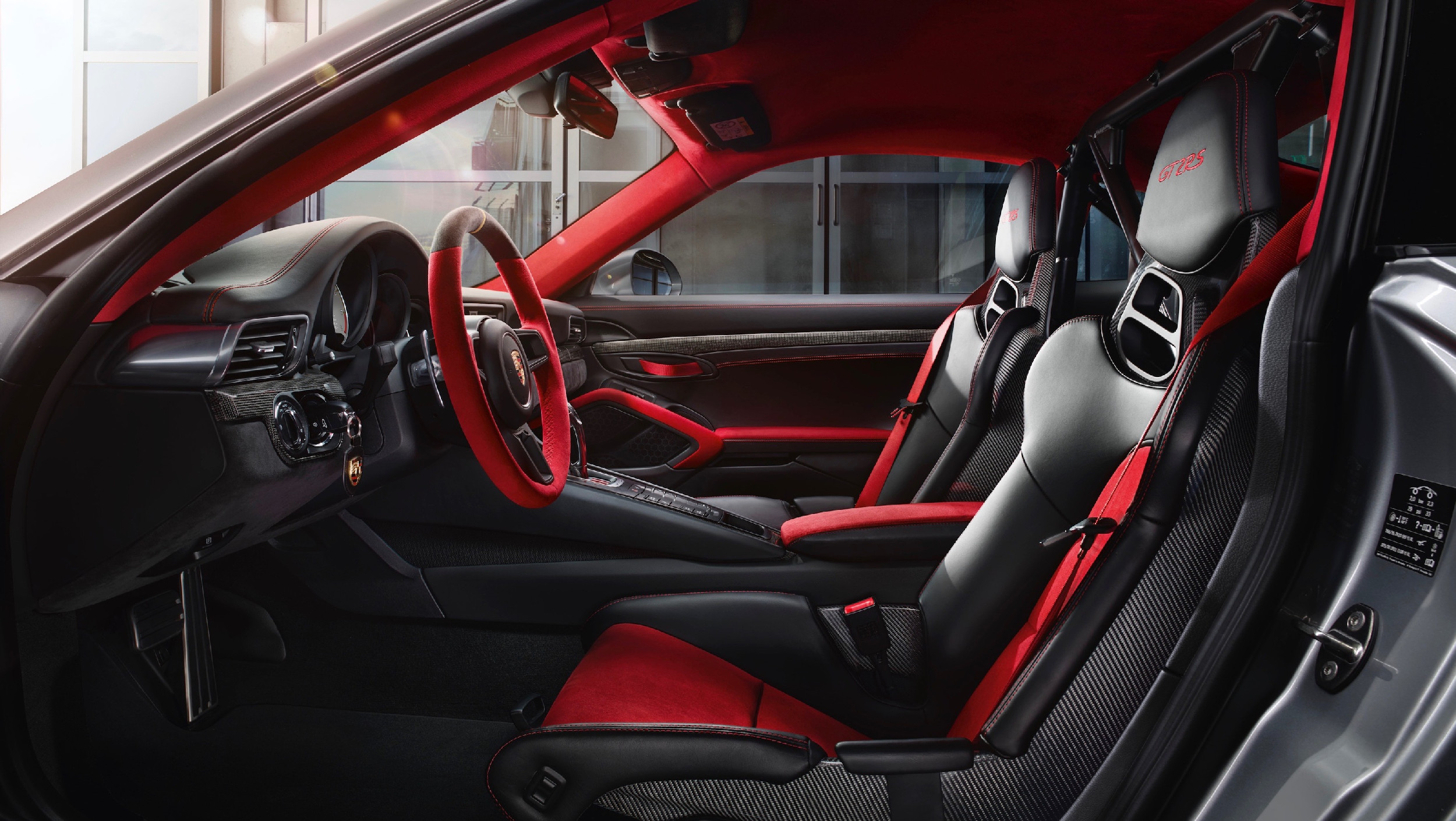 The 911 GT2 RS tips the scales at 1,470 kg with a full tank of gas. That's a drop of about 136 kg over the Turbo S. If that's not enough, an optional Weissach package adds a carbon roof and anti-roll bars, as well as magnesium wheels, to save another 30kg.

Inside the GT2 RS are swaths of red Alcantara and black leather. The front seats are massively bolstered buckets, and the rear seats were left in the bin. They've been replaced by a roll bar.

Unlike the previous GT2, from 2011, there is no stated production cap on this one. If you're interested, you'll probably still want to get your order in early. They're expected to arrive in North America early next year.

Experiencing the Cabot Trail in a Porsche 911 Carrera Live Out Your Rally Driver Fantasies with Porsche Camp4