Find of the Week: 1970 Citroën Méhari

Summertime means convertible time, and the best convertibles are the ones that are the most open to the sky. Well, it doesn't get much more open than our autoTRADER.ca Find of the Week for this week, a Citroën Méhari. Possibly the only vehicle in the world named for a type of camel. This one is for sale in North York, ON, a Toronto suburb.

If you're thinking that the Méhari looks like a slightly more French version of the Volkswagen Type 181 Thing, then you aren't far off. Like the Thing was based on the Beetle, or the Mini Moke was based on the regular Mini, the Citroën Méhari shares its underpinnings with a much more common and less interesting sibling. In this case, it's the Citroën Dyane 6, a slightly larger and more square evolution of the legendary 2CV, that donates a platform to create something wacky and unique. 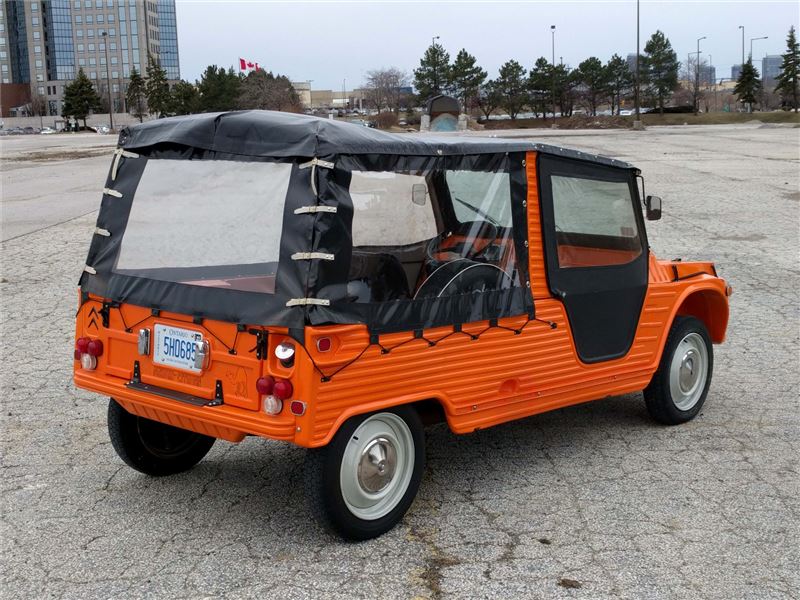 The design came from the mind of Roland de la Poype. A decorated French fighter Ace during the war, de la Poype was also an inventor who set up his first plastics factory in 1947.

His company specialized in ABS plastic and was a supplier of components to Citroën. De la Poype wanted to develop the car under his own brand but didn't have the resources. Fortunately for him, Citroën liked it. 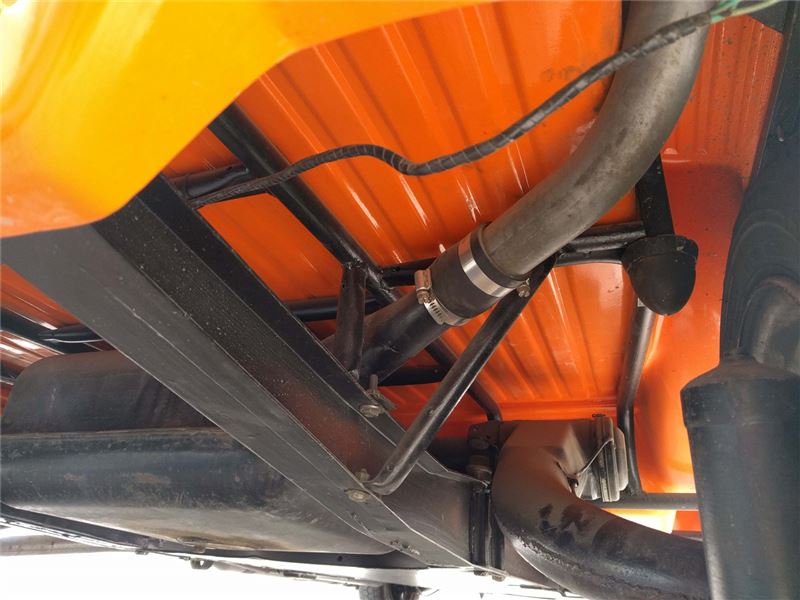 The body is entirely ABS plastic, built over a tube frame perched on the Dyane 6 platform. The use of plastic in the body meant that it was extremely light weight. The tube frame, and lack of safety regulations in the 1960s meant that the entire top could come off. The Méhari could be open-air all the way down to the beltline. Almost to the floor if the front doors were removed. The body panels had to be moulded in colour, which meant that the cars came in a wide range of very bright colours. The body might fade over time, but it will never rust. 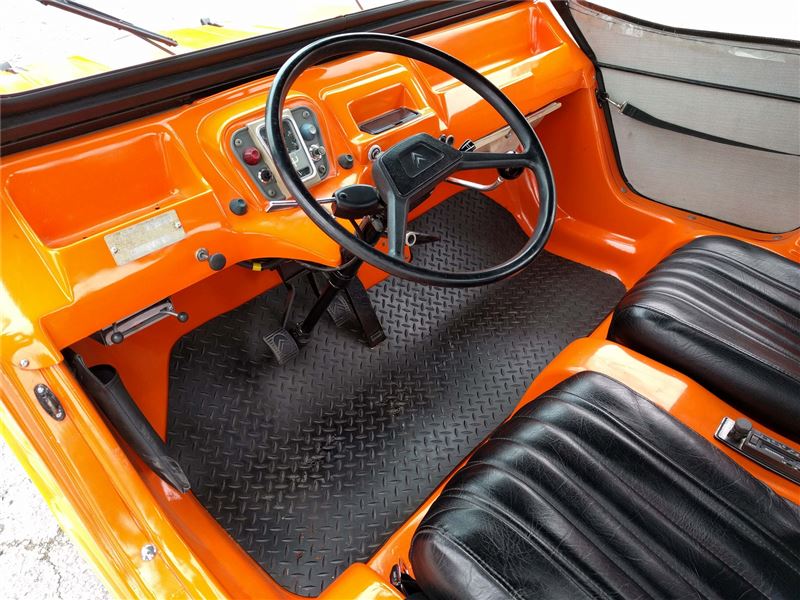 The engine was an air-cooled 602 cc flat two-cylinder, taken from the 2CV6. It made a whopping 33 hp in 1970. Attached to the engine was a four-speed manual gearbox. While four-wheel drive versions were built for a brief period, from 1980 to 1983, our 1970 find is front-drive only.

The engine didn't produce much power, but the Méhari only weighed 535 kg. The combination gave performance was sluggish but certainly acceptable. The owner of this car says that it can reach 100 km/h on the highway. Although that might take some patience.

The Méhari was built from 1968 until 1988. During that time nearly 145,000 of the little runabouts were built. The French Army purchased over 7,000, using them for operations and dropping them from airplanes. 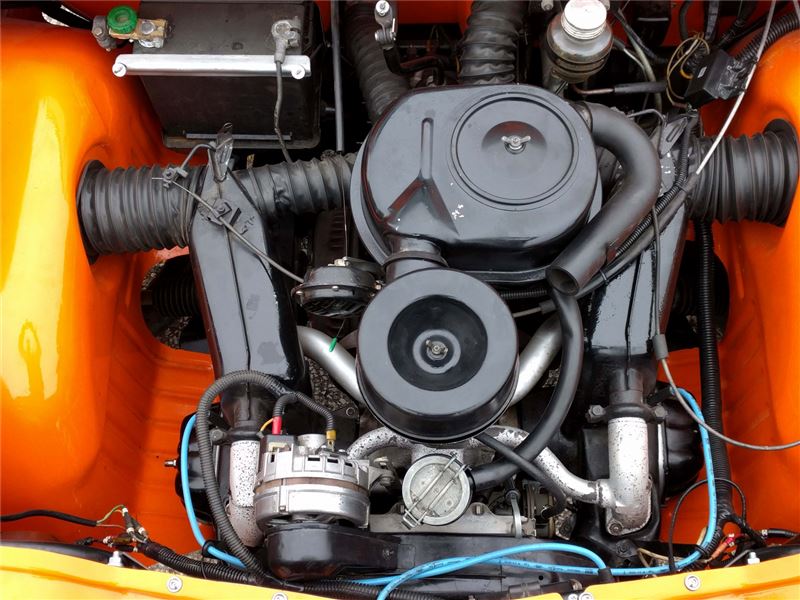 The popularity of the vehicle means that there is a surprisingly big supply of restoration parts. Every piece, including the chassis, can be purchased new, meaning that a very obscure car won't leave you hunting for very obscure parts.

The Méhari has a folding windshield, along with a cloth top. The top can go all-up, but you can also remove just the side "windows", just the roof, or open it pretty much however you want.

This Méhari is a 1970 model. It's also one of just a handful of US model cars sold between 1969 and 1970. The owner says that the car has been fully restored just a few years ago. It comes with a new soft top, new tires, and a new exhaust. It even has it's namesake camel in sticker form on the fender and tailgate. he owner of this car is a Citroën enthusiast and has a number of the cars, so knows their quirks and what they need.

If you want to see the sun and be seen in it, then this 1970 Citroën Méhari might be one of the best ways to do that this summer. It's definitely going to stand out, and I'll bet you've never driven anything like it.