IIHS Calls For Side Impact Guards to Improve Big-Rig Safety IIHS Calls For Side Impact Guards to Improve Big-Rig Safety

The US Insurance Institute for Highway Safety says that truck underride guards would help make trucks safer, and they have the crash tests to prove it.

Rear underride guards have been standard on trucks for years. They're designed to stop a car from sliding under a tractor trailer in a rear-end collision. Hitting the guard transfers the impact through the vehicle's front-impact safety structures, instead of seeing the edge of the trailer impacting directly on the A-pillar or windshield. Now the IIHS is calling for side guards to stop the same thing happening when a vehicle strikes the side of a trailer.

A National Research Council of Canada study from 2010 suggested that there is not enough material in the side of a trailer to support a sufficient structure, but the IIHS testing involving a mid-size sedan and a 57 km/h collision shows that the guards can and do work. 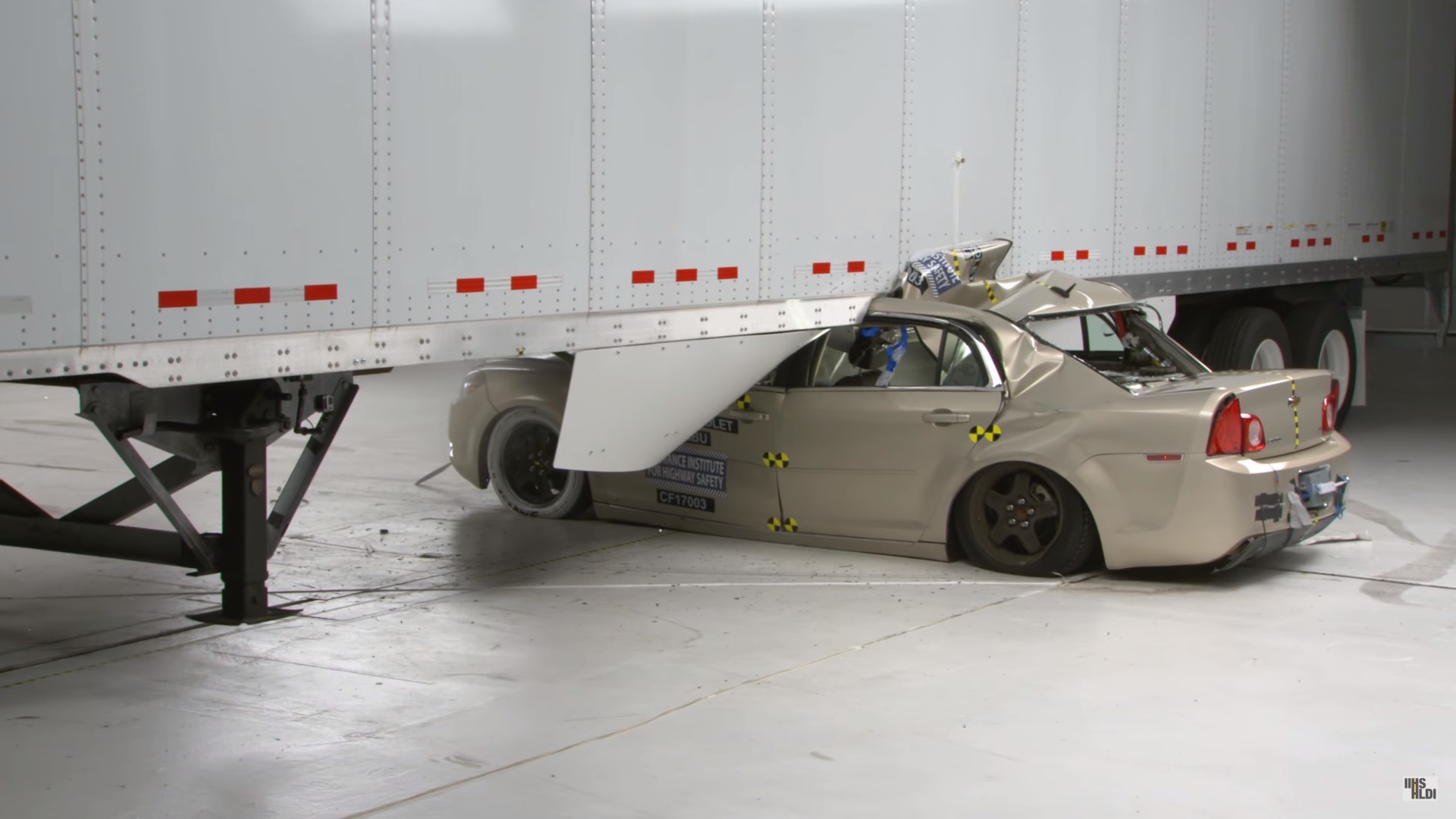 Impact with a trailer with no protective guard

In 2015 in the US, 301 people were killed in side impacts with semi-trailers. An IIHS study from 2012 said that underride guards could reduce injury risk in 75 percent of large truck side crashes, which could seriously lower the number of truck impact deaths. IIHS chief researcher David Zuby said that "our tests and research show that side underride guards have the potential to save lives," adding that "we think a mandate for side underride guards on large trucks has merit."

Under-trailer fairings are becoming more common, but those are designed for fuel economy, not safety. Adding a stronger structure behind the fairing, like in the Angelwing guard in the test could serve both functions. Reducing costs for operators and improving safety for motorists.

Similar guards are already common in Europe, and have become law for municipal vehicles in Canadian cities like Halifax, where they are intended to protect cyclists and pedestrians more than from impact with other vehicles.