The 2017 Porsche Cayenne SUV is rated to tow up to 3,500 kg when properly equipped, but that didn't stop Porsche engineers from strapping 284,000 kg worth of Airbus A380 to a Cayenne's tow hitch in an effort to set a world record for the heaviest aircraft pulled by a production car.

Not only did Porsche set the Guinness World Record at Charles de Gaulle airport in Paris, but they pulled it off twice. Porsche first did it with a Cayenne S diesel, a vehicle powered by a 4.2L diesel V8 good for 385 hp and 627 lb-ft of torque, a much different beast than the 3.0L turbodiesel V6 (240 hp/406 lb-ft) Porsche offered in North America before it was knocked off the market by the Volkswagen emissions scandal. 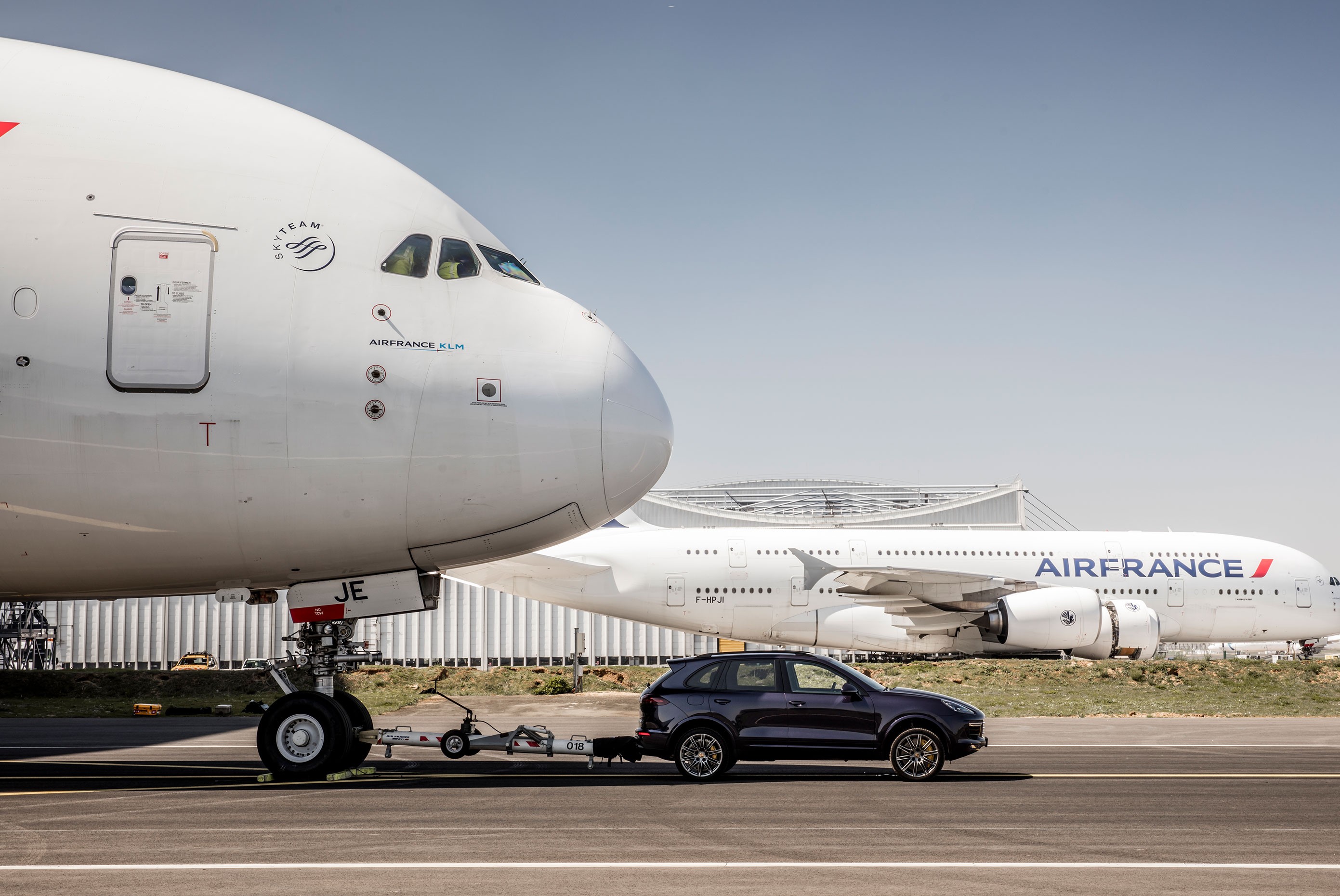 They did the second pull with a Cayenne Turbo S, with its turbo gasser V8 cranking out 570 hp and 590 lb-ft of torque. The performance SUV moved the plane a distance of 42 metres, and Porsche claims the new record eclipsed the previous one by 115 tonnes, or 115,000 kg.

Porsche Canada's public relations manager Patrick Saint-Pierre says that here, the Cayenne's tow rating is the same regardless of engine choice, and while the Guinness people verified the record by ensuring both cars were unmodified from their factory specifications, we can't imagine Porsche would be keen to honour your warranty if you tried this with your own Cayenne. 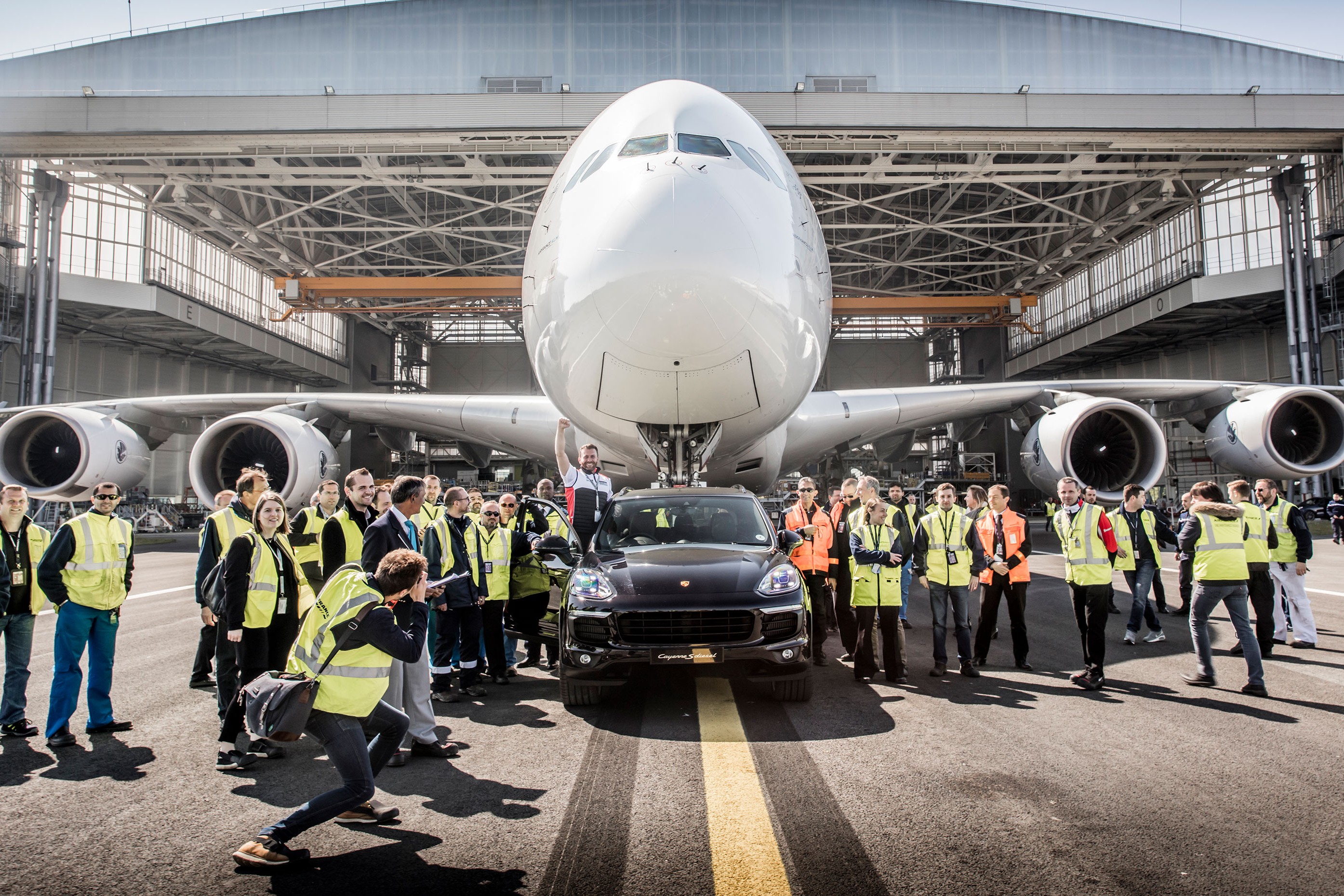 And here we thought 15 radio-controlled Toyota pickup toys pulling a Hilux was a big deal.

Watch the Cayenne Turbo S in towing beast mode, below.