There’s nothing like a convertible roadster – and especially a classy convertible roadster with the badge of your favourite premium brand on the hood. Two seats. Roof optional. A powerful engine under the hood, or mid-mounted behind the cabin, as is the case with one of our subjects. Ah yes – the glorious joy of wind-in-your-hair (if you’ve got hair) motoring is just around the corner.

If you like the idea of a used Mazda Miata for fun in the sun, but want something more stylish, powerful, upscale and classy, be sure to give today’s trio of used posh-rockets a look. Last year we took our first look at a crop of Beverly Hills Miatas – luxury cars with funky roadster attitude.

Below, we’ll tell you what you need to know to find a first-class copy of a second-hand Mercedes-Benz SLK, Porsche Boxster, or BMW Z4. 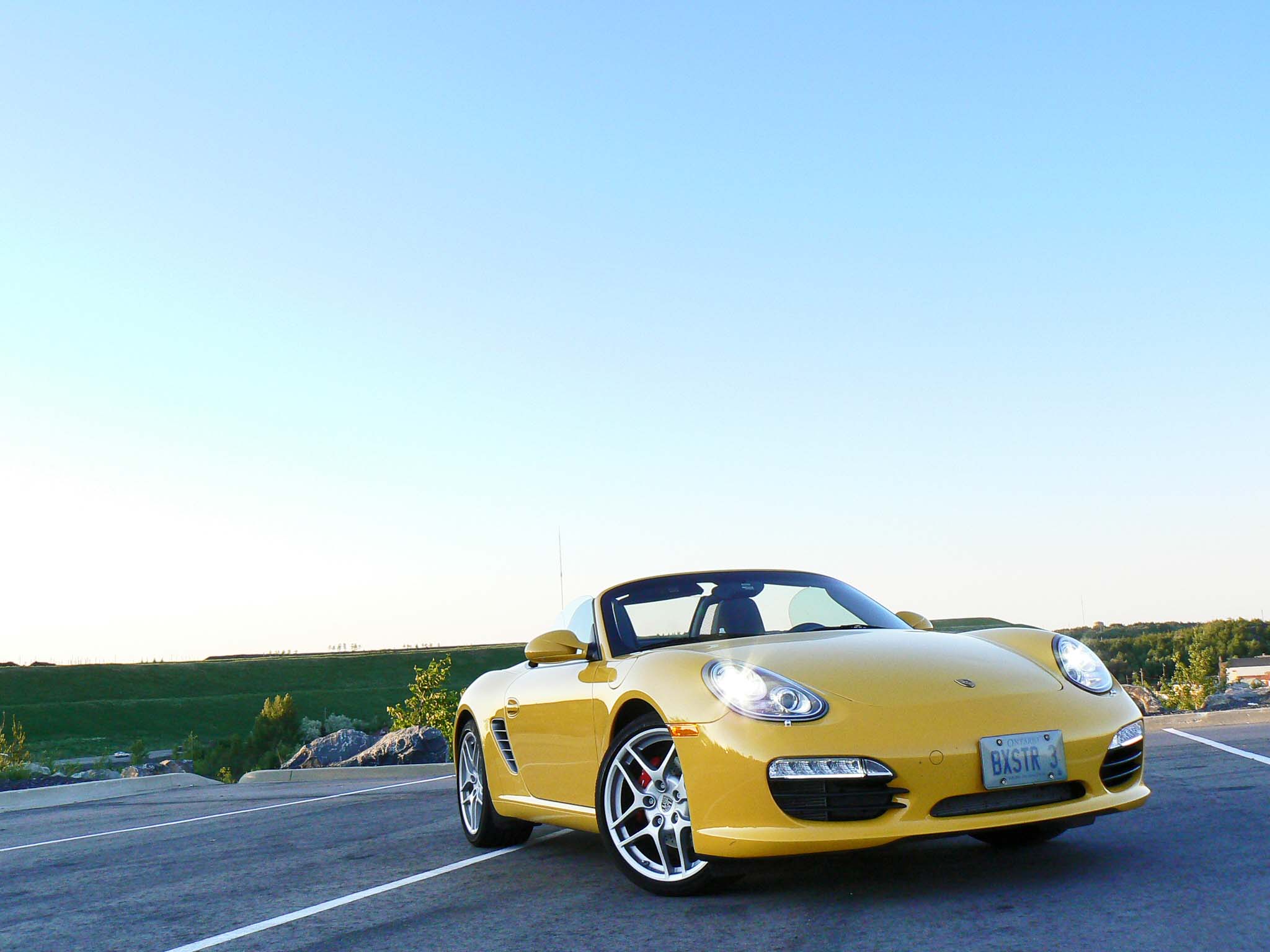 The Boxster cranked up Porsche sales with its promise of fun-in-the-sun motoring, efficient performance and relatively affordable access to the German automaker’s heritage. Despite its two-seat body, Boxster’s mid-mounted engine enabled the placement of a trunk in both front and rear, making this one a great choice for the shopper who makes frequent road trips out of town, possibly with the significant other. His and her trunks? Very yes.

Depending on the year and model, feature content may include xenon lights, Bose audio, remote access, cruise control, a driver computer, Bluetooth, navigation, heated power seats and more. All models got a flat-six engine, boasting power output from 240 to just over 300 horsepower, depending on the model. Boxster is the standard model while Boxster S got the higher-output engine. Some special edition models were available, too.

Owners say that the Boxster excelled where day-to-day functionality was concerned, mainly thanks to easy entry and exit, and good fuel economy. Style, exclusivity, performance and driving pleasure rounded out the package.

Avoid a manual-equipped Boxster that shifts roughly, grinds, exhibits clutch slippage, or pops out of gear. Note that a difficult-to-shift model with automatic or PDK transmissions could be suffering from a faulty motor mount. Pull the shift lever through its various positions several times to ensure there’s no difficulty.

If the seller can’t provide service records or prove that fluid changes were carried out on time, budget for a full fluid change. Don’t forget brake fluid – which can break down when exposed to the frequent load and heat caused by aggressive or track driving. 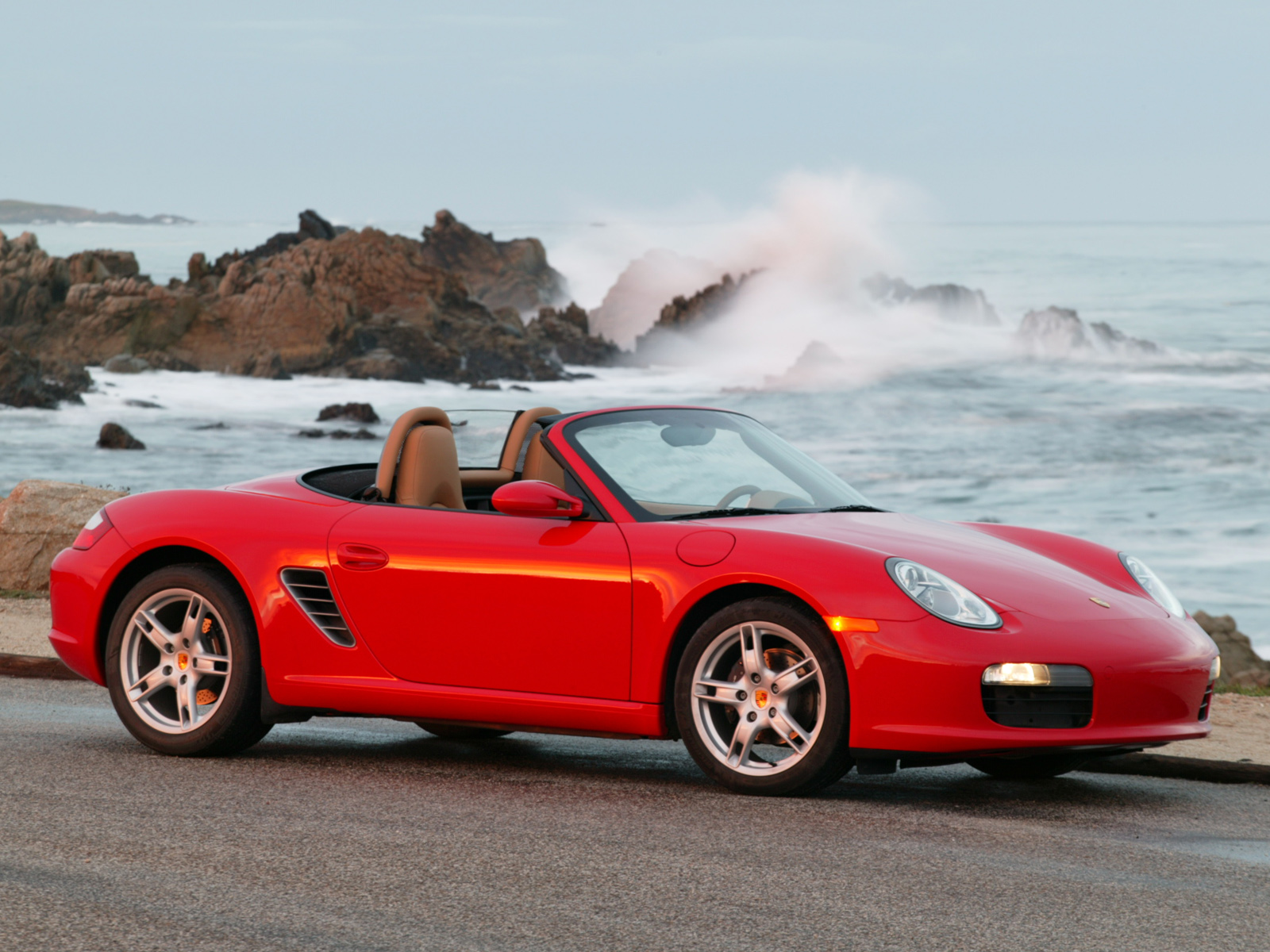 Some pre-2009 models suffered a well-documented issue with the Intermediate Main Shaft (IMS), and an associated bearing, which could fail and cause catastrophic engine damage. The issue was popular enough to prompt a class-action lawsuit, though the percentage of failures to overall units sold is hard to ascertain. Shopping for a 2009 or later model, with an updated engine, seems to be the safest bet.

Some owners have, additionally, reported excessive oil consumption, especially on earlier models. Smoke from the tailpipes could be the result of a failed air/oil separator, which is a fairly simple and inexpensive fix. In this situation, a small amount of engine oil accumulates within the intake tract (which is normal), eventually forms a few droplets, and sees them sucked into the engine and burned up – typically at start-up.

Shoppers should also confirm that the Boxster’s rear-main seal isn’t leaking oil. Check for drops of oil on the ground under where the unit was parked, and have a mechanic at a Porsche dealership look for this issue with the car on a hoist. Note that earlier models within this generation seemed most likely to suffer from this issue.

Boxster models from 2009 and on had a new direct-injection engine for more power and efficiency. Fend off potentially problematic valve gunk, characteristic in some direct-injection engines, by ensuring you run a top-tier fuel at all times, and by never stretching spark plug or engine air filter change intervals. Changing these parts early is a good idea too. If you can’t prove that the air filter and plugs on the Boxster you’re considering are still within their service life, be sure to have them changed for maximum peace of mind. 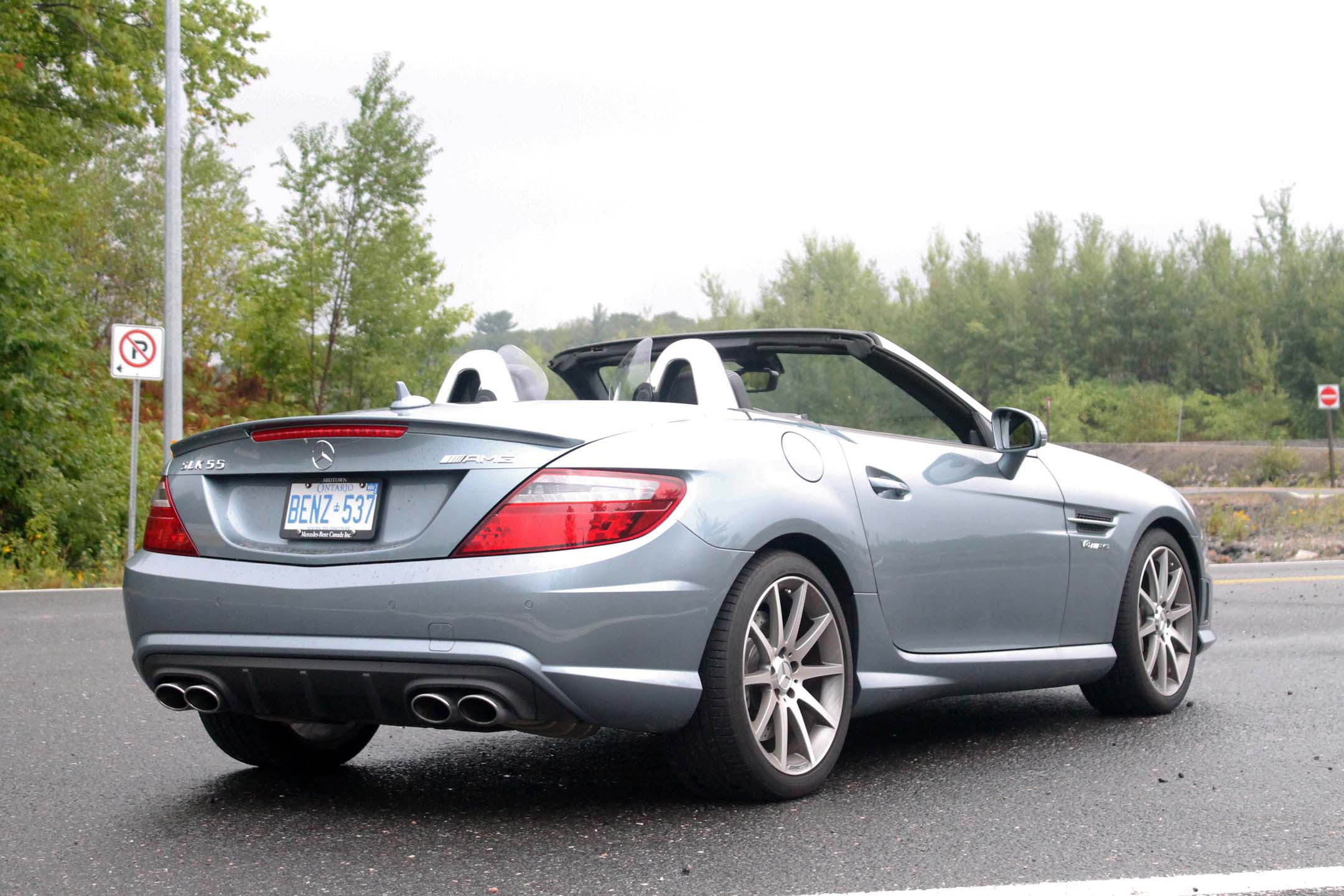 At minimum, a used SLK from this generation packs a turbo four-cylinder engine noted for good low-range punch and fuel mileage, and many copies can be had with a punchy 3.5-litre V6, offering more power than most drivers need. A fire-breathing, V8-powered AMG version called the SLK 55 AMG was available too, if you’ve got a few demerit points to spare.

Look for features like Attention Assist, which detects drowsy driving, a Magic Sky roof system that tints the glass roof panel at the touch of a button, and premium audio system provisions too. Onboard space and at-hand storage are fairly generous by roadster standards – so this one’s ready for a weekend road trip. You’ll lose some trunk space with the roof folded down, though.

Many owners say the SLK has various systems that get fussy in the presence of a weak battery, so add fifty bucks to your budget for a quality trickle-charger, and use it. Note that a poor battery charge is the number-one culprit for a non-functioning convertible roof, as well as a variety of other frustrating electronic issues.

Any stuttering, inconsistent performance or a sensation of an engine misfire could be caused by a bad engine control sensor, and may trip a Check Engine light. If that light, or any of these issues, is apparent, a Mercedes dealer technician can scan the SLK’s electronic brain to see what’s up. Don’t take inspection lightly – it could save you thousands of dollars. 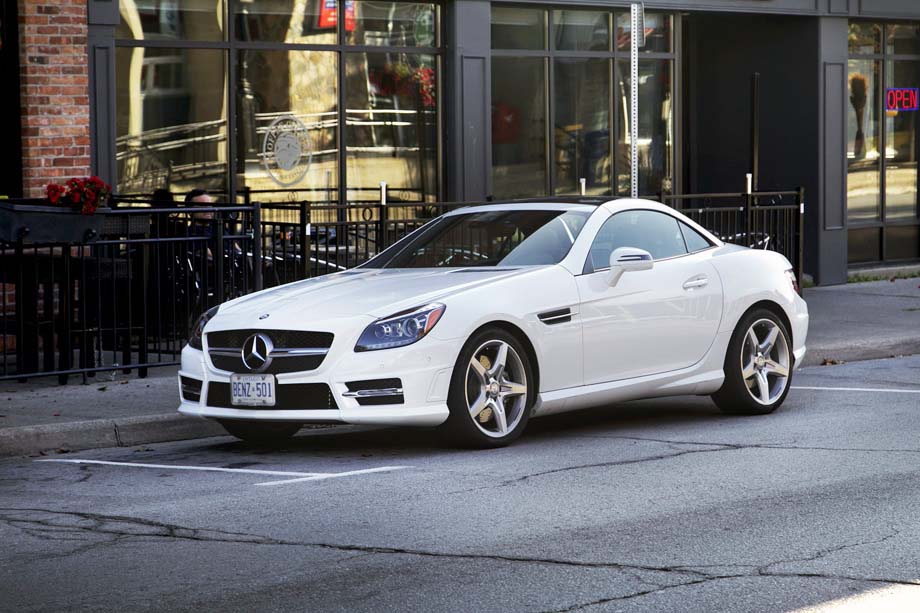 Check the roof panels for signs of small, fine cracks in the paint and plastic, which numerous owners report as the SLK ages. Some also report roof leaks, which may be evidenced by a musty smell inside, dried-up segments of seat leather, and moisture or mold in the carpeting. Visit a coin-op pressure washer with your used SLK candidate and get it good and wet, then investigate for unwelcome dribbling.

As time goes on, be sure to confirm that all roof seals are present and intact, plump and properly lubricated, and that all panels are adjusted to spec, with the help of your local dealer.

Do your used SLK a solid after you buy it, and change all of its fluids, if you can’t confirm when they were last changed. A full fluid change includes engine oil, coolant, transmission fluid, differential fluid and brake fluid – and can provide added confidence, durability and peace of mind that your used SLK will thank you for, on the relative cheap. 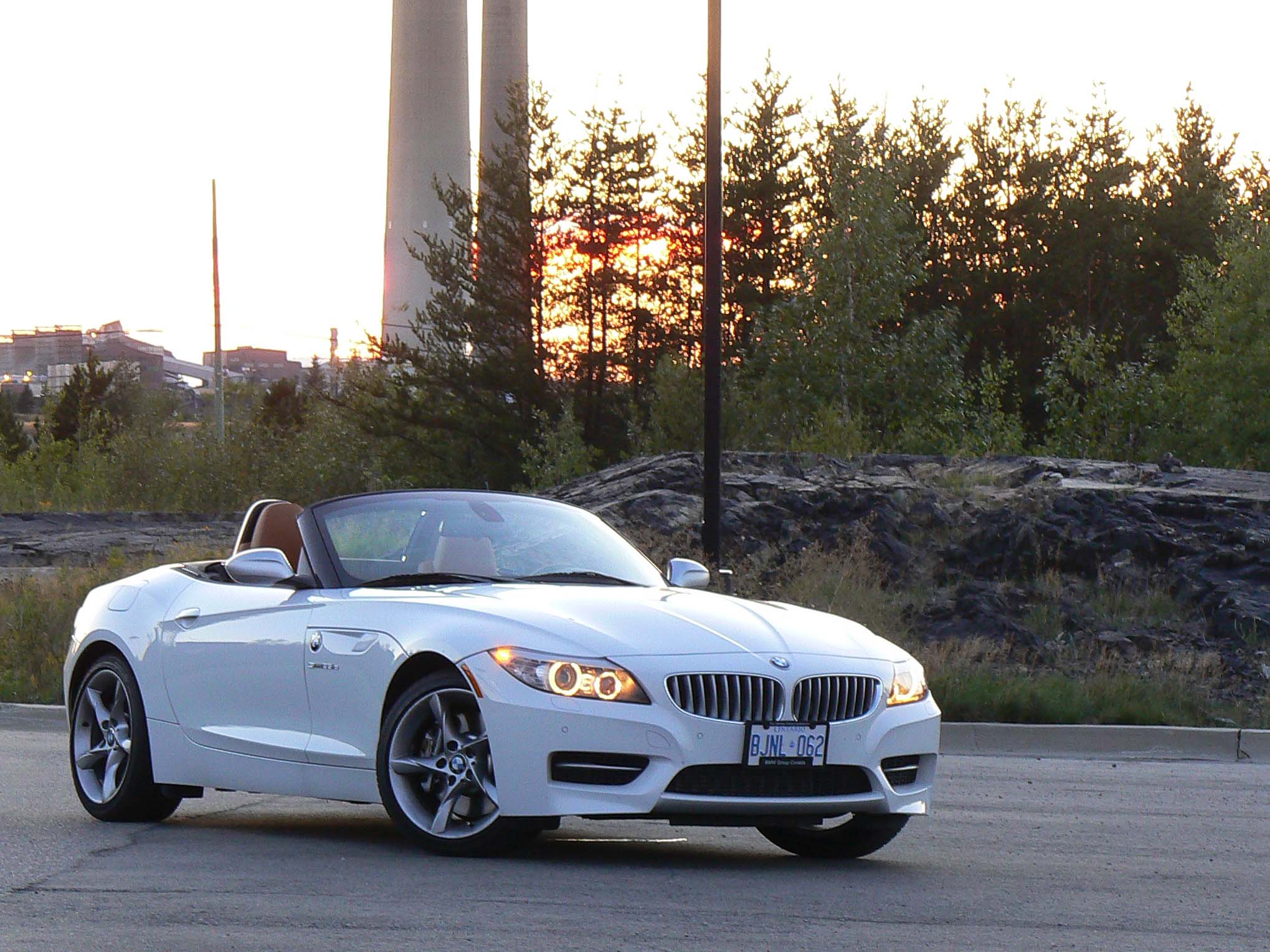 The latest Z4 was a real looker – and featured a motorized hard-panel roof (like the SLK), a gracefully curvaceous body, and an upscale and modern cabin. The model range topped out in the 35is variant, with 335 twin-turbo horsepower, though larger owners report some fuss getting in and out of the otherwise adequately sized cabin. Good fuel mileage (especially from the late-availability four-cylinder turbo engine) and fast shifting from the available seven-speed dual-clutch transmission were noted. Just avoid a model with the up-size wheels if your locale has rougher roads, as they can reduce ride quality, and may be prone to damage. Some used Z4 models offer a manual transmission, but most will be automatic.

Be on watch for cracked wheels, peeling paint, and signs of moisture or condensation inside of the headlight housings. Be aware that a cracked wheel may still hold air, and that a crack may be on the hard-to-see inner portion of the wheel rim.

Like the SLK, a weak battery in a Z4 may lead to issues with non-functionality of the convertible top, and fussy operation of other systems.

A BMW mechanic should look for blown shocks (often evidenced on your test drive as excessive bouncing on rough roads), as well as a bad high-pressure fuel pump (HPFP) and associated hardware on earlier units with the twin-turbo engine. This well-documented issue can cause numerous problems, including Check Engine lights, which make it easier to detect. 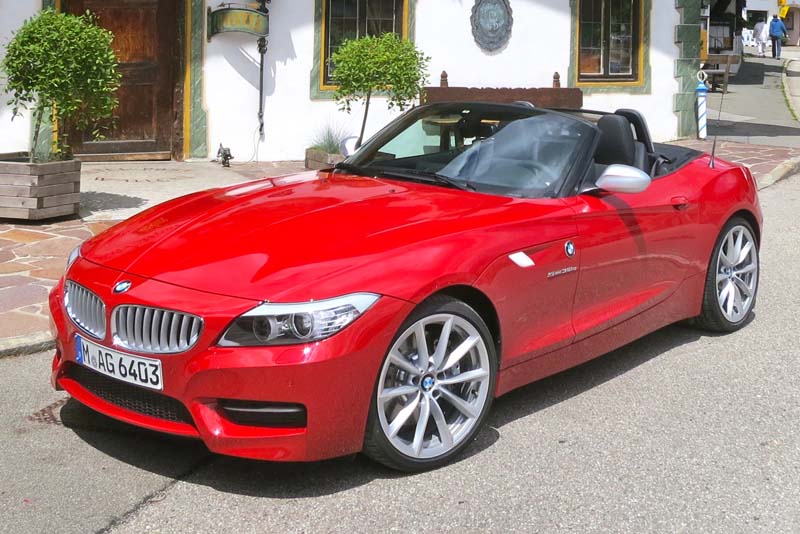 Clumsiness from the dual-clutch transmission while shifting may be remedied with a software update, but be sure that’s the case by chatting to a BMW service advisor before your purchase. Confirm that the heated seats both work as expected, and be sure there’s no unwelcomed noise from the rear of the vehicle during low-speed turns, which could indicate a problem with the differential.

Finally, note that failed convertible roof operation which isn’t battery-related may be fixed with some new micro-switches, or a roof system reset. Be sure to run the roof through its paces several times on your test drive.

BMW models, and especially turbocharged BMW models are popular with tuner types, some of whom are previous Z4 owners and have turned up the boost on their vehicles with non-factory products and software. This makes more power, but can also cause driveline damage and void any remaining warranty – even if the offending parts or software are subsequently removed. The average shopper should protect themselves by ensuring they’re buying a model that’s never been tuned or chipped to run higher-than-factory levels of turbo boost.