This month, we’ll take a look at one of the best ways going to access 500-plus horsepower from a relatively new ride, on the relative cheap. With standard supercharged power, killer looks that’ll snap necks, acceleration that does the same, and an exhaust note that’ll send nearby children scurrying for their security blankie, the last-generation 2010–2016 Ford Shelby Mustang variants packed big power-for-the-buck when new, and offer even more as a used car buy.

It’s loud. Its raucous. It commands respect. If it went through the Burger King drive-thru and ordered a Big Mac, it’d probably get one. The latest generation of a breed of Shelby-inspired super-Mustangs called GT500 underwent several updates and revisions, culminating in the 662-horsepower unit available for 2013 and 2014.

But that’s not where the big value is in the used marketplace. More on that in a sec. When new, most popular performance cars in the GT500’s price range offered up 400 to 450 horsepower as standard, though Ford’s aim of bang-for-the-buck leadership gave the GT500 quite a bit more than that. Thanks to various variants of a supercharged V8 of American silliness, output is rated at no less than 540 horsepower. Watch your license, folks: this sucker flies. Yahoo!

When this GT500 launched in 2010, it packed 540 horsepower from an iron-block version of the big, boosted V8. From 2011, the engine was updated with a lighter aluminum block and other revisions, to deliver 550 horsepower. Yet another update to the GT500 saw the 2013 and 2014 units muster up 662 horsepower, from a supercharged 5.8-litre unit.

All units got targeted chassis upgrades, performance tires and wheels, high-performance brakes, and a six-speed manual transmission. Coupe and convertible models were available. 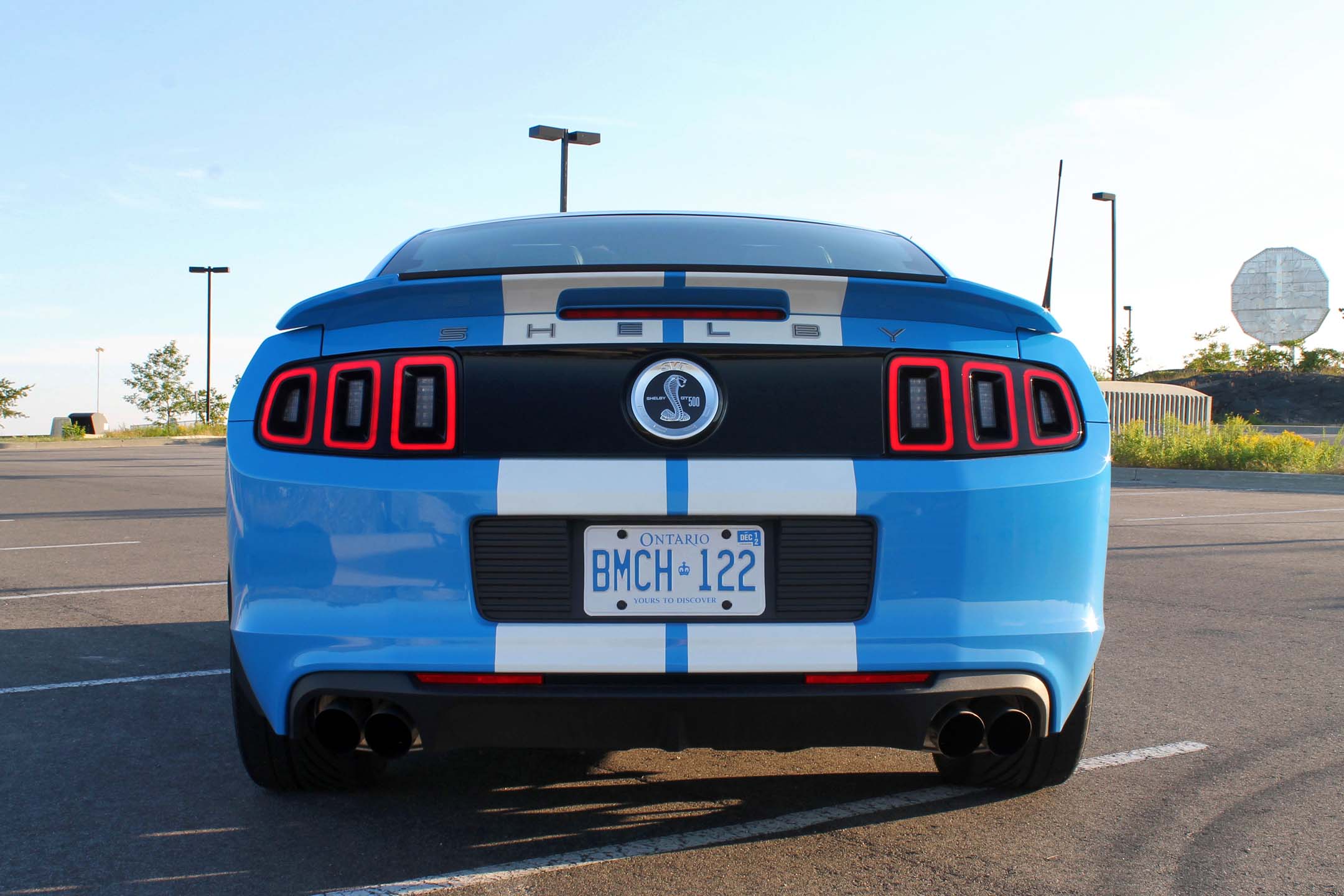 Today, and often with typically very low miles on the clock, a few-year-old GT500 can be had at considerable savings – with early-generation units from 2011 and 2012 commanding pricing from the low forties, or less. Here’s one example of a 2010 unit with hilariously low miles, and an asking price of $47,000. That’s a savings approaching $20,000 on a unit that’s barely broken in. Here’s another example of a tastefully customized 2011 unit with well under 50,000 kilometres on the clock, for under $43,000.

Note that in most cases, the cost savings after a few years combine with typically-low mileage to make a used GT500 a compelling deal. These aren’t daily driver cars for most folks, and most haven’t seen rain or snow. The best bang for your performance buck in a used GT500 is likely on a low-mileage unit, a few years old, sold for tens of thousands less than its original asking price.

What about the newer, big-power GT500 units? The value as a used car drops off here. In fact, many units, like this one or this one, with relatively low miles, are selling near their original asking prices. Translation? Value is strongest on a 2010–2012 GT500, and 540-plus horsepower is, really, all you need. 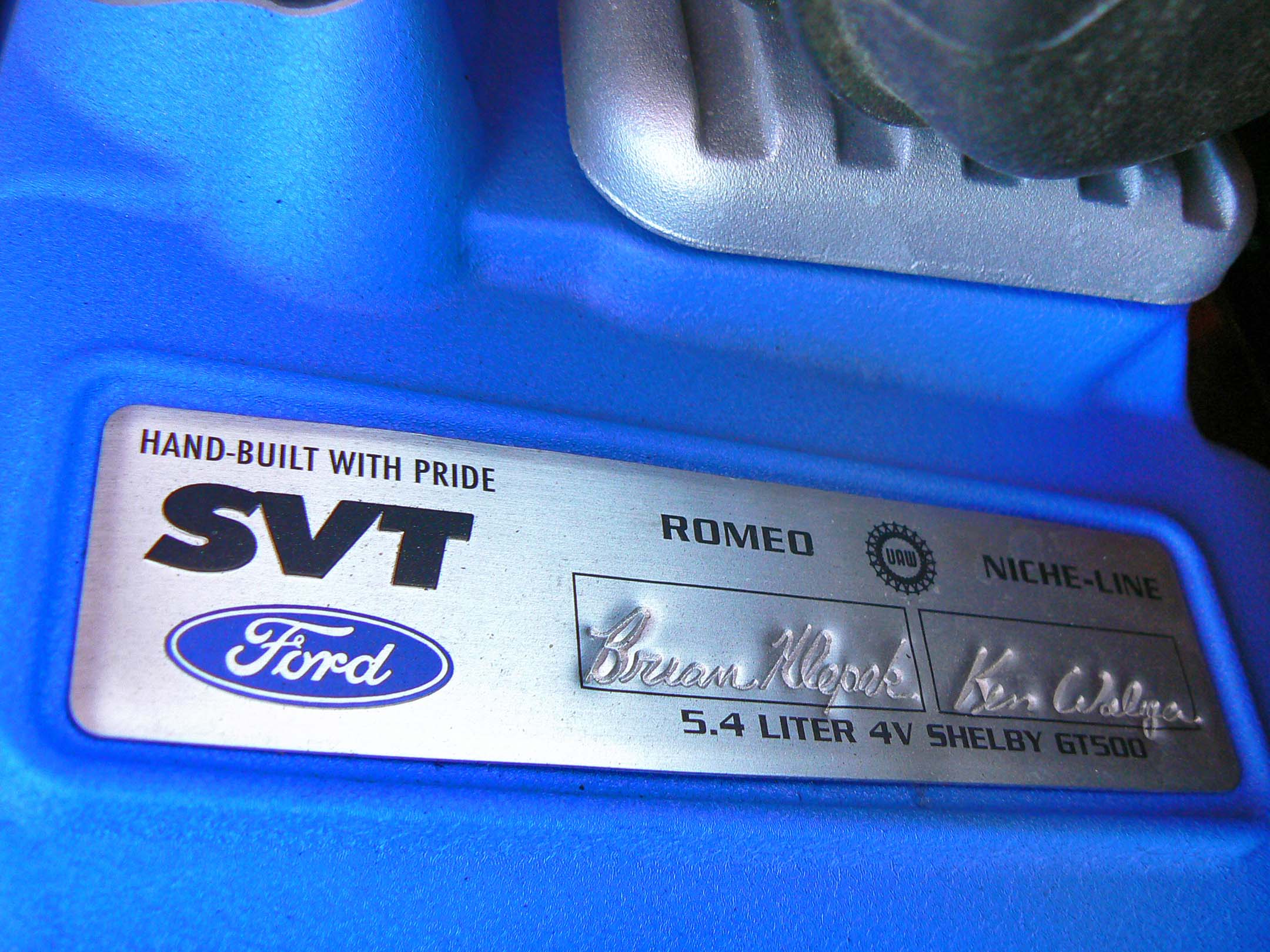 A few things to keep in mind, if you’re considering ownership of a used GT500. First, approach the vehicle assuming it needs new tires, brake pads, brake rotors, and a new clutch, until you or a mechanic confirms otherwise.

Second, be on the lookout for signs of transmission damage or issues. Though many owners have had no problems, some have – and potential shoppers are advised to remember that any sensation of slippage, hard shifting, clanging or banging while shifting gears, or any sensation of the shifter biting back at you during sporty gear changes, can be a trouble sign. A loud whine from the transmission is also a sign of potential problems. 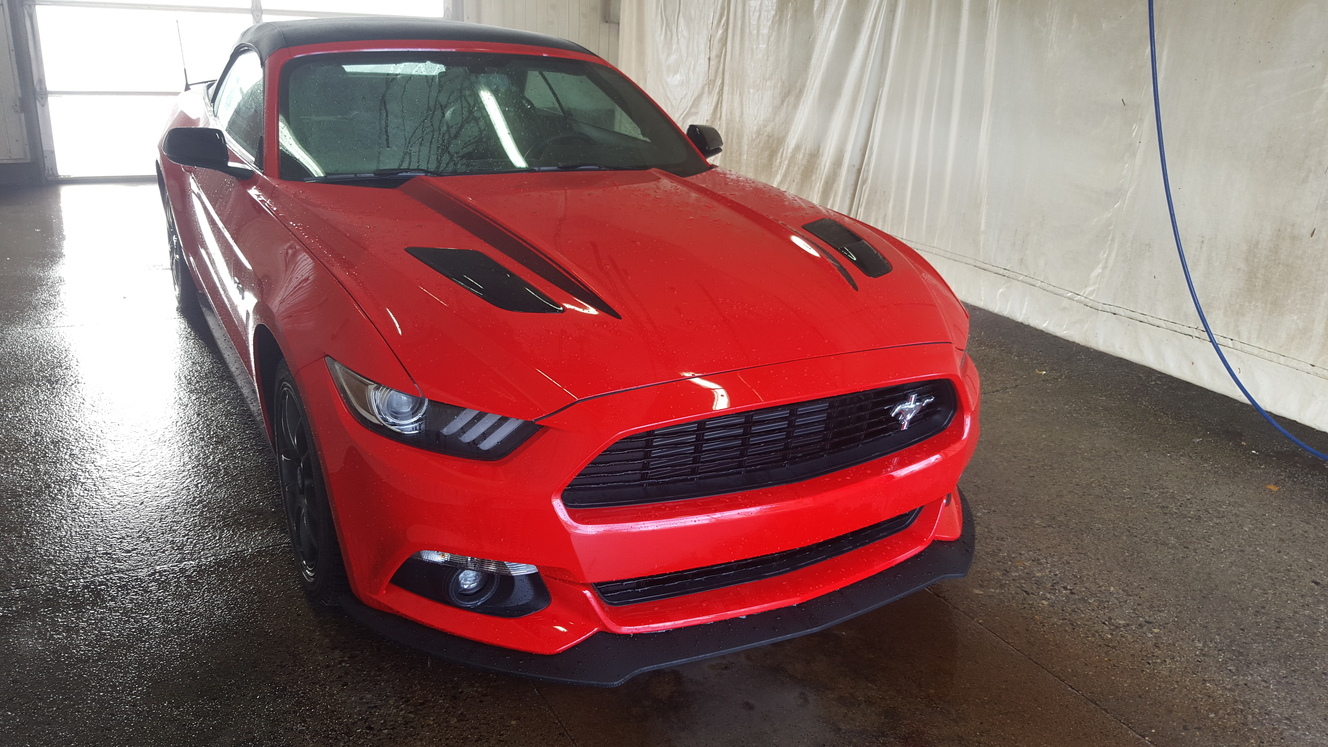 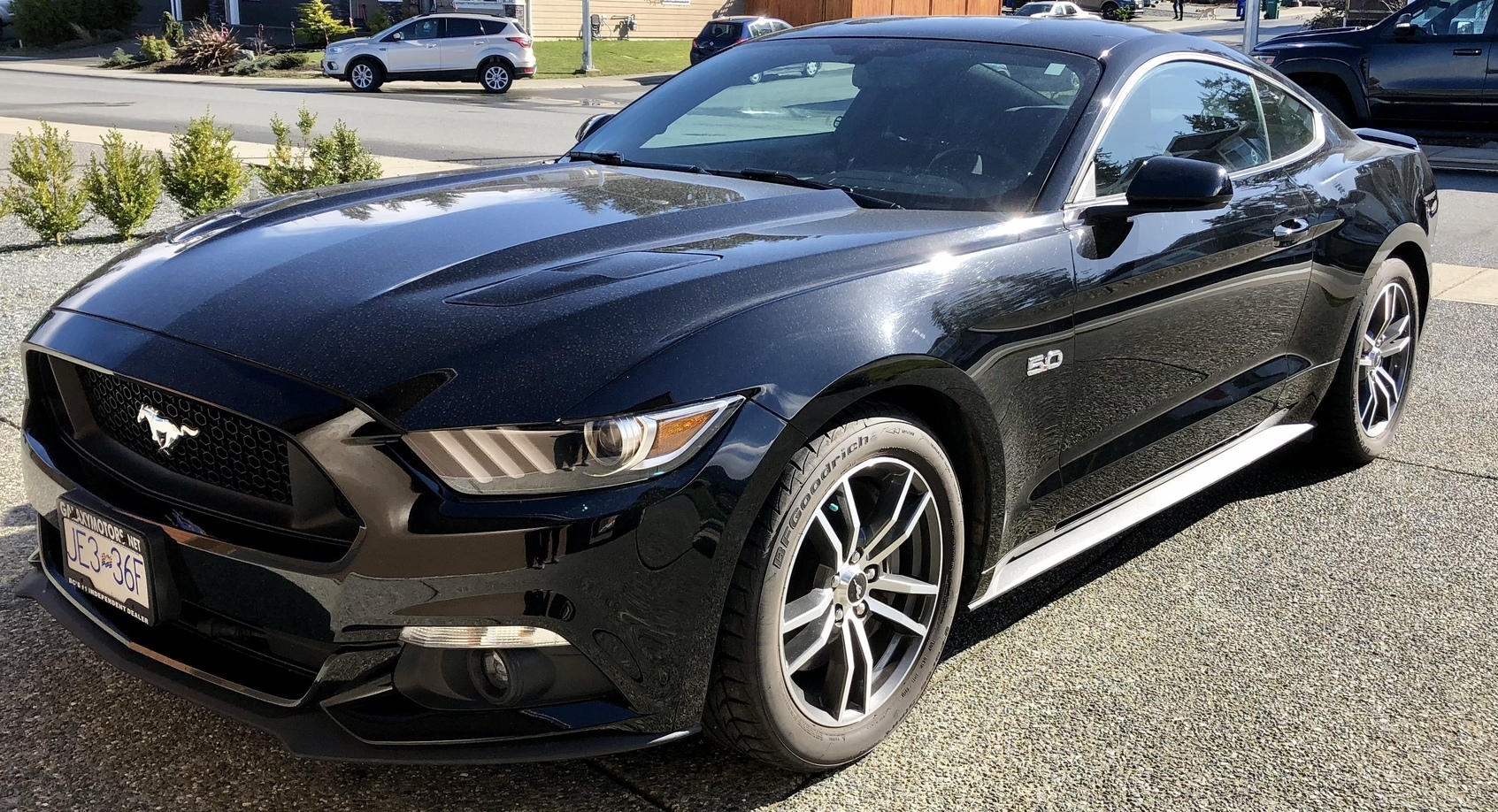 Note that a dealer-trained mechanic can quickly and effectively check the condition of the tires, brakes, suspension, clutch, axles, and more. Again: assume the seller is trying to make replacement costs someone else’s problem, until you confirm otherwise.

Note that many used GT500 models will have been modified in some form. Typically, intake and exhaust modifications are safe, and pose no cause for worry. Still, the average shopper is advised to avoid a model with altered engine-management electronics, upgraded engine internals, nitrous, or other serious add-ons. Aftermarket wheels and suspension can be a headache too – if the quality of the parts or installation is sub-par.

Finally, if the service history of the model you’re considering is uncertain, and especially if it’s a higher-mileage unit, budget for a full fluid change, including coolant, oil, brake fluid, and differential fluid, at a Ford dealer, to be safe. 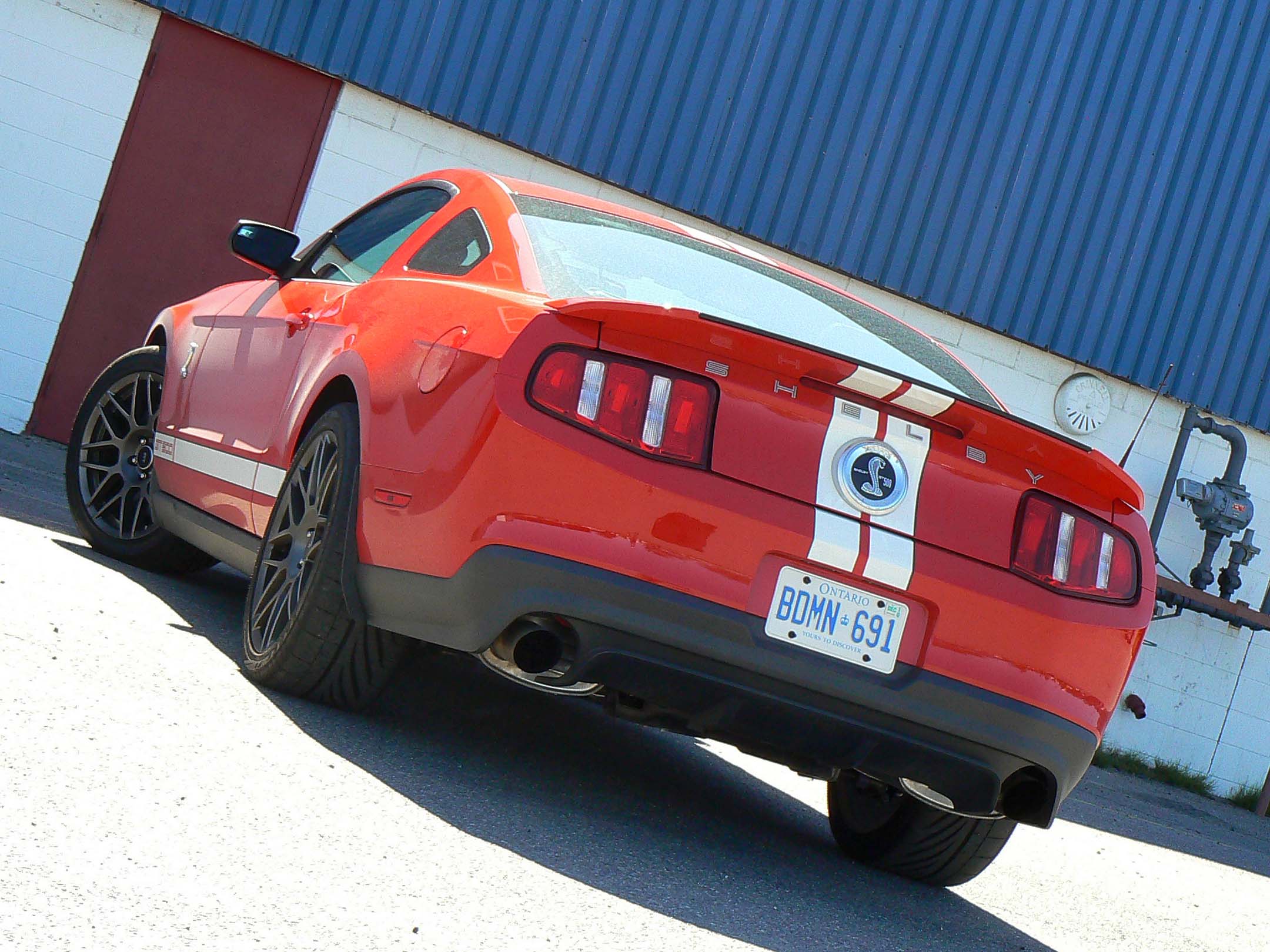 If you’re after a 540-plus horsepower super-Stang, a well-maintained GT500 will provide relatively affordable access to one of the most instantly recognizable and collectible sports cars on the road.