A change motorcycle racing rules in the early 1980s restricted racing four-strokes to just 750 cc displacement. Lowering the maximum displacement of the top racing bikes made a big impact on the 750 cc market. Before that rule change, 750s were largely 900 and 1,000 cc bikes with a smaller engine to meet Japanese regulations limiting their displacement. That meant that they were massive bikes with a smaller engine, and the extra size and weight didn't do the performance any favours. 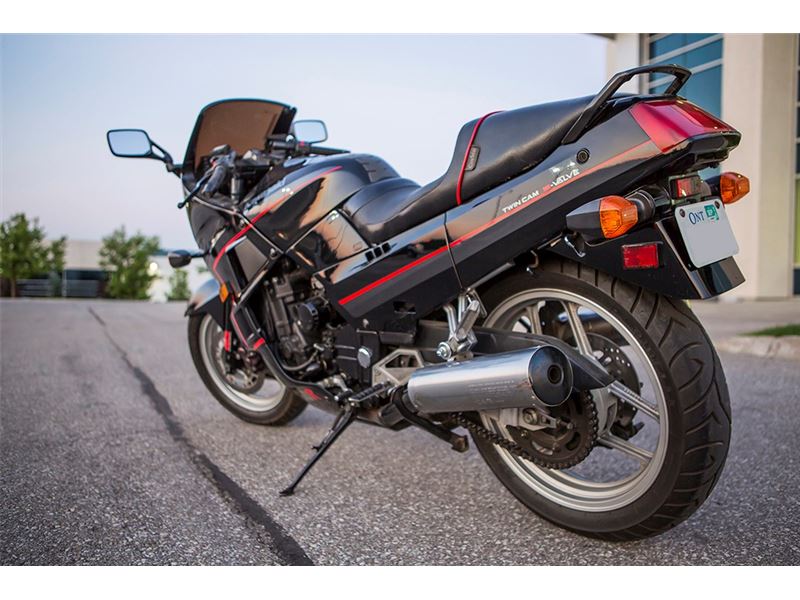 The displacement rule change started in 1983 in the US and spread around the world. It lead to manufacturers designing all-new 750 cc bikes. Bikes that were lighter, smaller, and more nimble. The first was the Honda V-Four Interceptor, but it wouldn't be the last. Just a few years later, Suzuki had the GSX-R750, Honda had the VFR750 and Kawasaki was feeling a little bit left behind. So it was time for a new machine.

Enter the Ninja 750R. This was a bit less hardcore and a bit more sport-touring than the competition. It had higher bars and lower pegs than most race bikes. Cycle World named it best 750 cc streetbike for two-years running, saying that it was great for all types of riding. Even two-up. But that didn't make it slow. 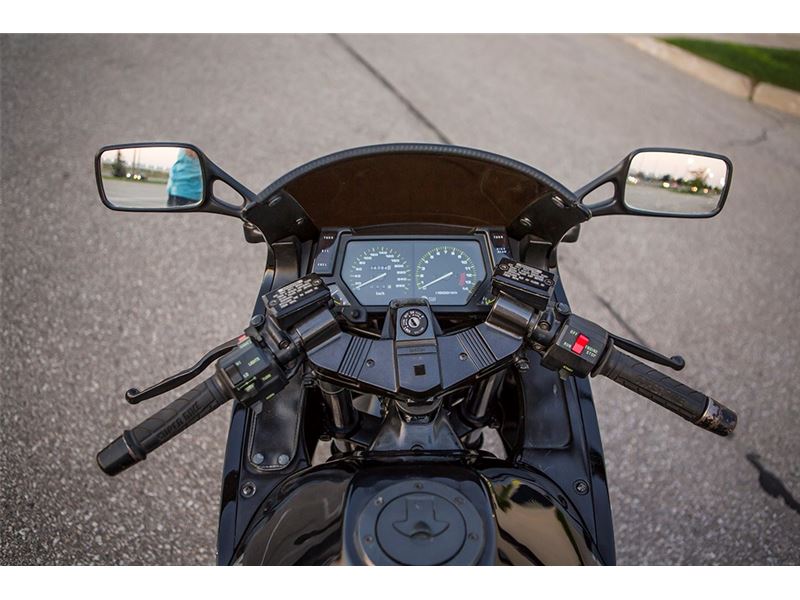 While the competition was moving to aluminium extrusions and box-box tubing their newest frames, Kawasaki took a different route. They used the time-tested method of using steel tubes for the frame. It didn't have the spec sheet glamour of the others, but Kawasaki claimed that their new design was lighter and stiffer than the aluminum ones. Regardless of their claim, they did move on to make an aluminum box frame after this generation, making this the last of the steel tube frame sportbikes.

The engine was new as well. It was a short-stroke 750 cc four-cylinder that was much smaller and much lighter than the previous designs. It made 106 hp and 57 lb-ft of torque. It was fast, but it was also drivable. Even from low engine speeds, this engine was tractable and accelerated well, meaning that it was good in traffic, on the way to somewhere faster. Reviews at the time praised the low-speed torque of the bike, the neutral steering, and the excellent balance. 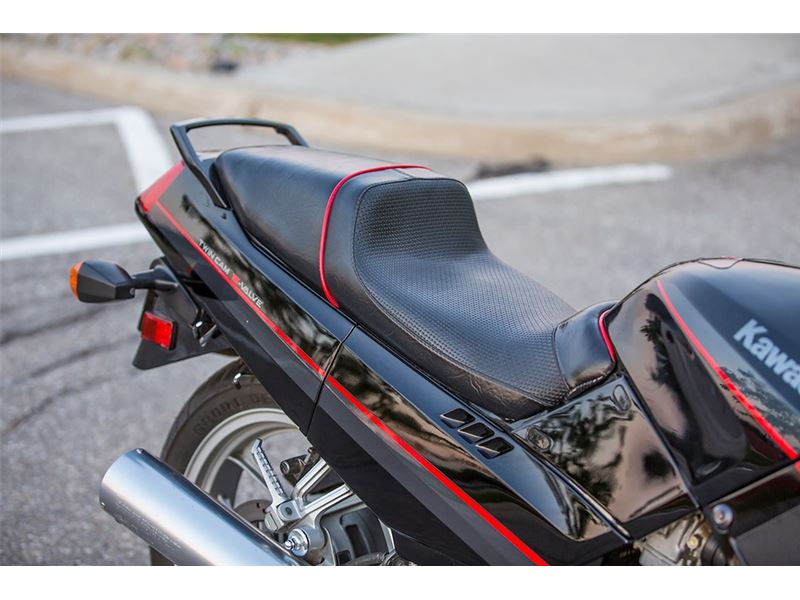 This was one of the first of years of dedicated 750 cc designs, and the last of the steel down tube frames. It's a great piece of late 1980s styling, and looks great sitting or going.

These days the 750R is a rare bird, and the seller has listed this one as a GPX600 for now. That will be updated shortly.

Our Find of the Week, for sale in Brampton, ON, is a very low mileage example, with just 34,414 km on the odometer. It comes with recent tires, a Corbin seat, and looks ready to go as soon as Spring arrives.