Aston Martin has used the Geneva auto show to reveal a pair of concepts, called Rapide AMR and Vantage AMR, that will eventually become the first production models in a new performance brand.

Aston says the Rapide AMR "makes a striking statement" in Stirling Green paint with lime green accents (including a front-to-back stripe!) and 21-inch wheels, along with aero tweaks that include a front splitter, rear diffuse and decklid "aero flip."

While the Rapide AMR lets Aston buyers go lime green on the street, the Vantage AMR Pro is designed for track driving only, powered by a version of Aston's GT4 race V8 cranking out 500 hp,  making this the most powerful V8 Vantage ever.

Like the Rapide, the Vantage AMR wears Stirling Green paint with lime green accents, and it too gets unique exterior bits to enhance the car's aerodynamics.

That colour combo seems a bit much for one of Britain's most prestigious car brands, but is based on that worn by Aston's V8 Vantage GTE racecar.

Inside, both cars get lightweight carbon fibre front seats and Dark Knight Alcantara upholstery with its own lime green flash, and carbon fibre trim, while the Vantage AMR adds a custom roll cage.

Both cars were presented at Geneva as concepts but were confirmed at the show for production in limited quantities: Aston will build 210 examples of the Rapide AMR, and just seven specimens of the Vantage AMR Pro will find homes. 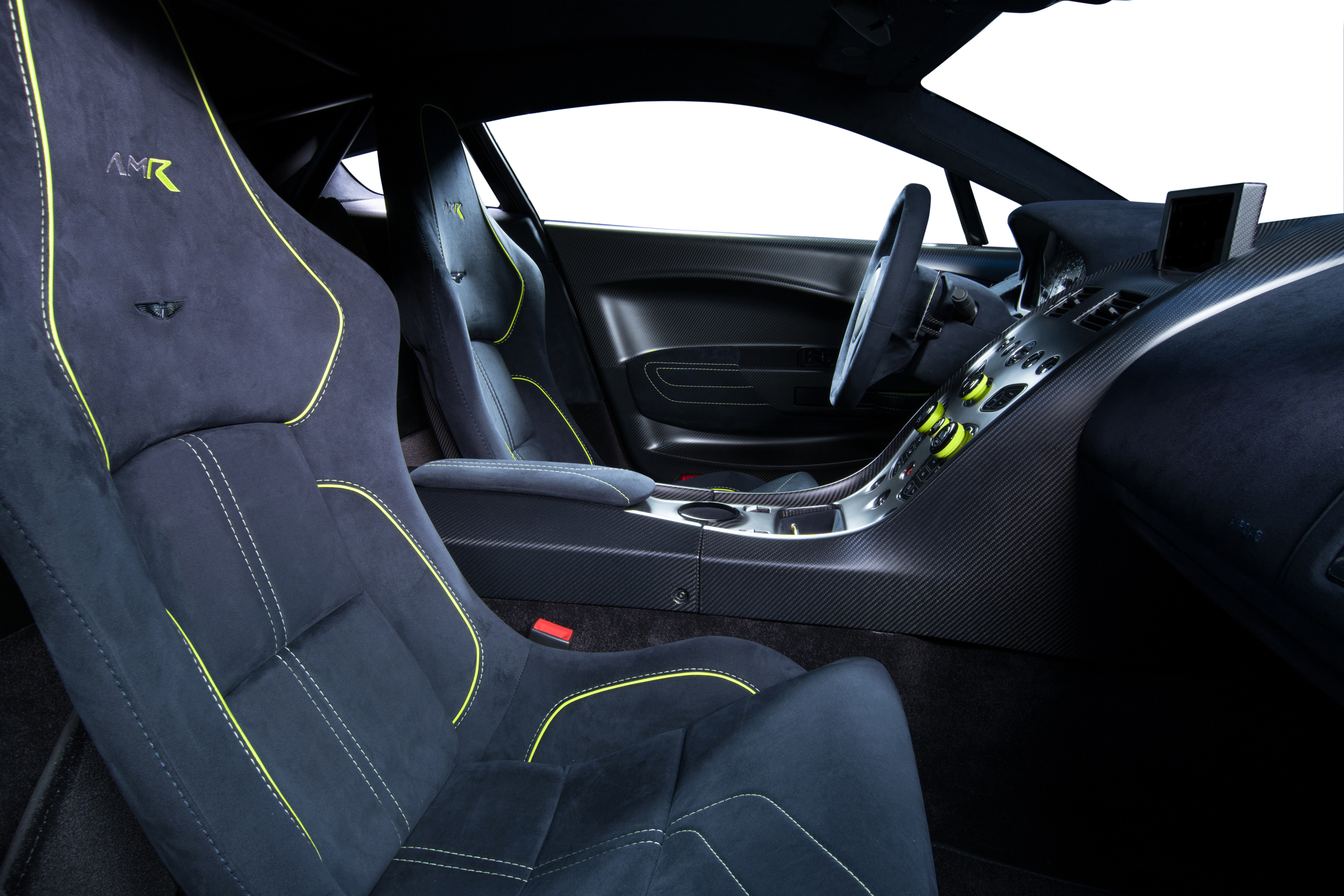