Honda fans will talk about the 1980s and 1990s as being the Golden Era for the brand. When instead of turbos and CVTs Honda sold 8,000 rpm double-cam screamers installed in economy coupes. They didn't sell massive Acura SUVs, they sold light weight Integras. When the S2000 was born, and when the NSX was the first daily-drivable supercar, not a $250,000 hybrid. It was a time when clever engineering and fun to drive were matched only by Honda's reputation for reliability.

Changing laws, changing needs for features, and even the changing wants of buyers mean that the era of high-rpm coupes and manual transmissions has mostly passed. But that doesn't mean that you can't still drive one of Honda's magic cars.

One of the first of the classic Hondas was the CR-X. Introduced for 1984, the car weighed just 825 kg. Less than a ton for a tiny sport hatchback. In North America, it had seating for two, but in much of the rest of the world, the car even had two back seats. Although even Honda called that back seat a "one-mile" seat, which should give you a rough idea as to how much room there was for passengers. 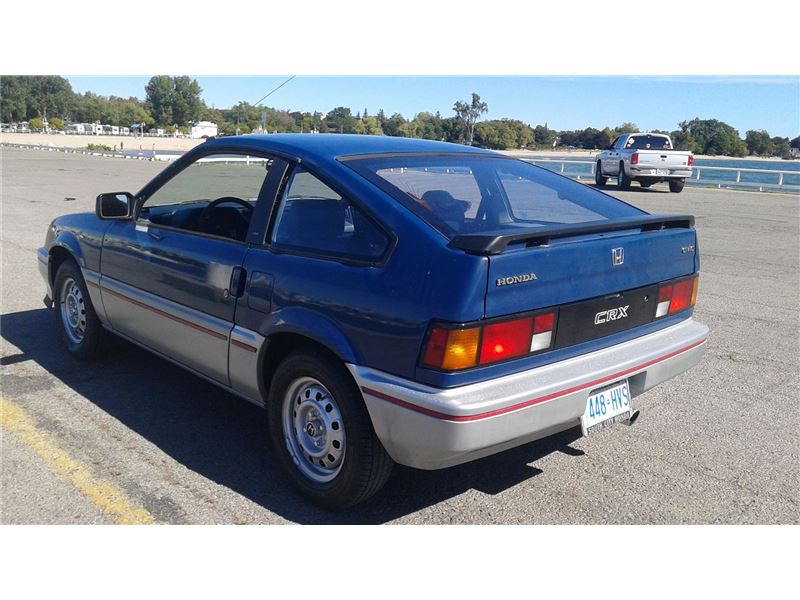 The name stands for Civic Renaissance-Experimental. The name and design were intended to foreshadow the new, more angular third generation Civic that was a massive leap forward from the very 1970s car that came before it. Underneath, the CR-X shared that new Civic chassis but had 238 mm taken out of the wheelbase. The front fenders were plastic, to help save weight. It had a torsion bar front suspension and a beam rear axle. The sport-tuned suspension, along with the light weight and skinny tires made for a massively tossable and fun car to drive. Remember that at this point Chevrolet was still building the Chevette, Ford had the first generation Escort, and Dodge had rebadged Mitsubishi Colts. All were a far cry from the sportiness that Honda was offering.

Not surprisingly, the CR-X took off with enthusiasts. There are CR-X race cars prepared for track days, wheel-to-wheel racing, stage rallies, and autocross. In later years, when the more powerful Si arrived, those numbers grew even further. 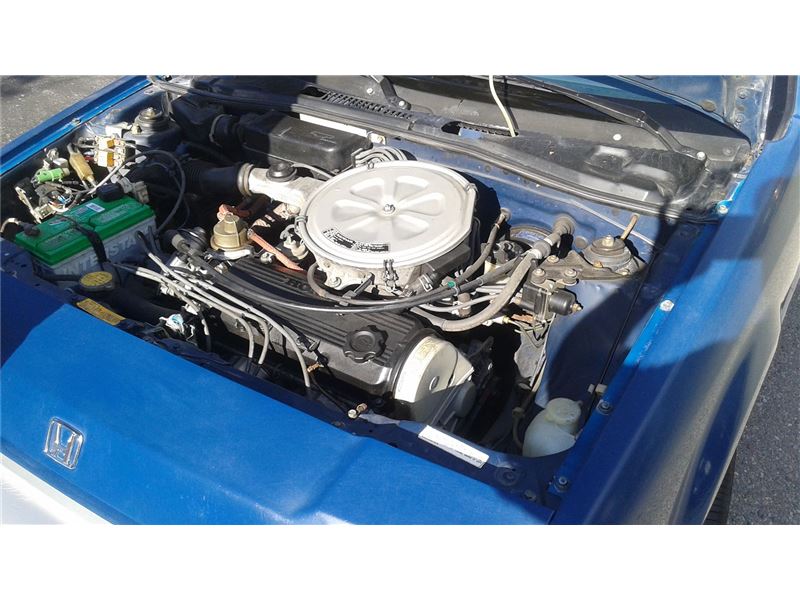 What these cars could do, that was almost more impressive than the handling, was sip fuel. The first year for the CR-X was 1984. That makes our August 1983-built Find of the Week a very early example of the car. For that one model year only, the CR-X came with a 1.3L engine that got an EPA rating of just 4.5 L/100 km highway. Owners reported getting better than 3.4 L/100 km in good conditions. That's mileage that even a Prius can't beat today. It was replaced for 1985 with a slightly less sipping 1.5L.

The excellent economy was partly thanks to the weight and partly thanks to the engine. The 1.3L engine was unique for the first year of the CR-X in North America. The four-cylinder displaced just 1,342 cc, and it had a three-barrel carburetor. The engine had a single overhead cam and 12-valves, plus four extra intake valves. You see, the cylinder head used Honda's Compound Vortex Controlled Combustion technology. The system uses a small extra intake valve that dumps a richer fuel mix right next to the spark plug. The air coming in through the regular intake valves was extra lean, but the rich charge was enough to ignite the whole thing. This gave such a complete combustion that the engine could pass emissions without a catalytic converter. Sure, it only made 60 hp, but this is an 800 kg car. It's not going to set records on the quarter-mile, but 10 seconds to reach 100 km/h wasn't slow then and it isn't that slow now. It's definitely faster than anything else that can sip fuel that lightly. 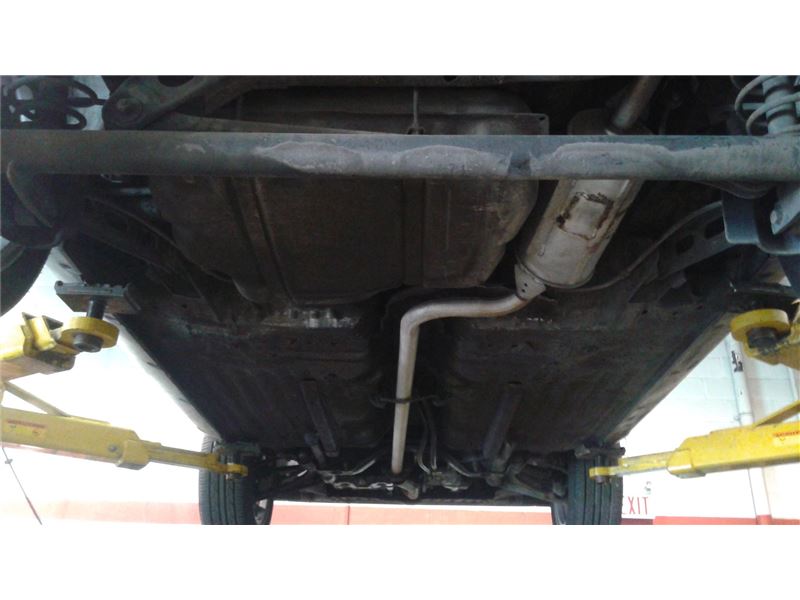 The enemy of '80s Hondas was rust, and for that reason there aren't very many first generation CR-X left on Canadian roads. But we've found one. This 1984 is a California car. That explains why the underside looks newer than than most year-old Canadian cars. The owner says that it's original down to the wheels, and even the crack-prone plastic fenders and nose are intact. The little CR-X has turned fewer than 175,000 kilometers since new, and the very '80s blue interior looks surprisingly fresh. The owner has the original window sticker for $6,393. That's around $17,000 in today's dollars, but with the features of this car versus a new $17,000 car I'm not sure if that's a deal or not. 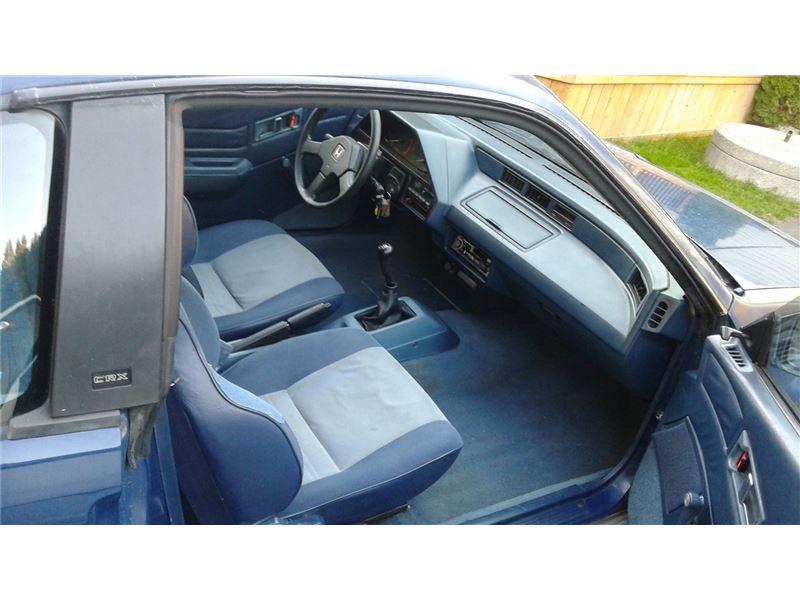 If you want a unique example of a vintage Honda, or just want one of the lightest sporty cars around. Even if you want to commit blasphemy and put a newer VTEC engine in place of the original. This is a rare and handsome first-year CR-X that we've made our autoTRADER.ca Find of the Week.