Ford of Europe is showing off the all-new Fiesta ST and there are a few big changes. The biggest is the new engine, but it also gains sport and track drive modes.

The video Ford released of the new Fiesta has some strange engine sounds. That's because the new ST gets a 1.5L three-cylinder. That's right, it's a triple. Don't worry about power, though, it makes 200 hp. That's the same number as the 2017 Fiesta ST makes from its 1.6L four, but it does make more torque at 214 lb-ft vs 177. The engine has an active noise control valve and, from the video, it makes the same wonderful exhaust popping as the 2017 Focus RS.

The new engine can also do cylinder deactivation. Ford calls it a first on a three-cylinder. It won't turn itself into a single-cylinder engine, but it will run as a twin to save fuel and lower emissions.

The new car has torque vectoring. It brakes the front wheels individually to reduce understeer and act as a limited slip differential. Ford says that sport mode will increase driver feedback, and will pipe more noise into the cabin. Track mode turns off traction control and loosens up the stability system. 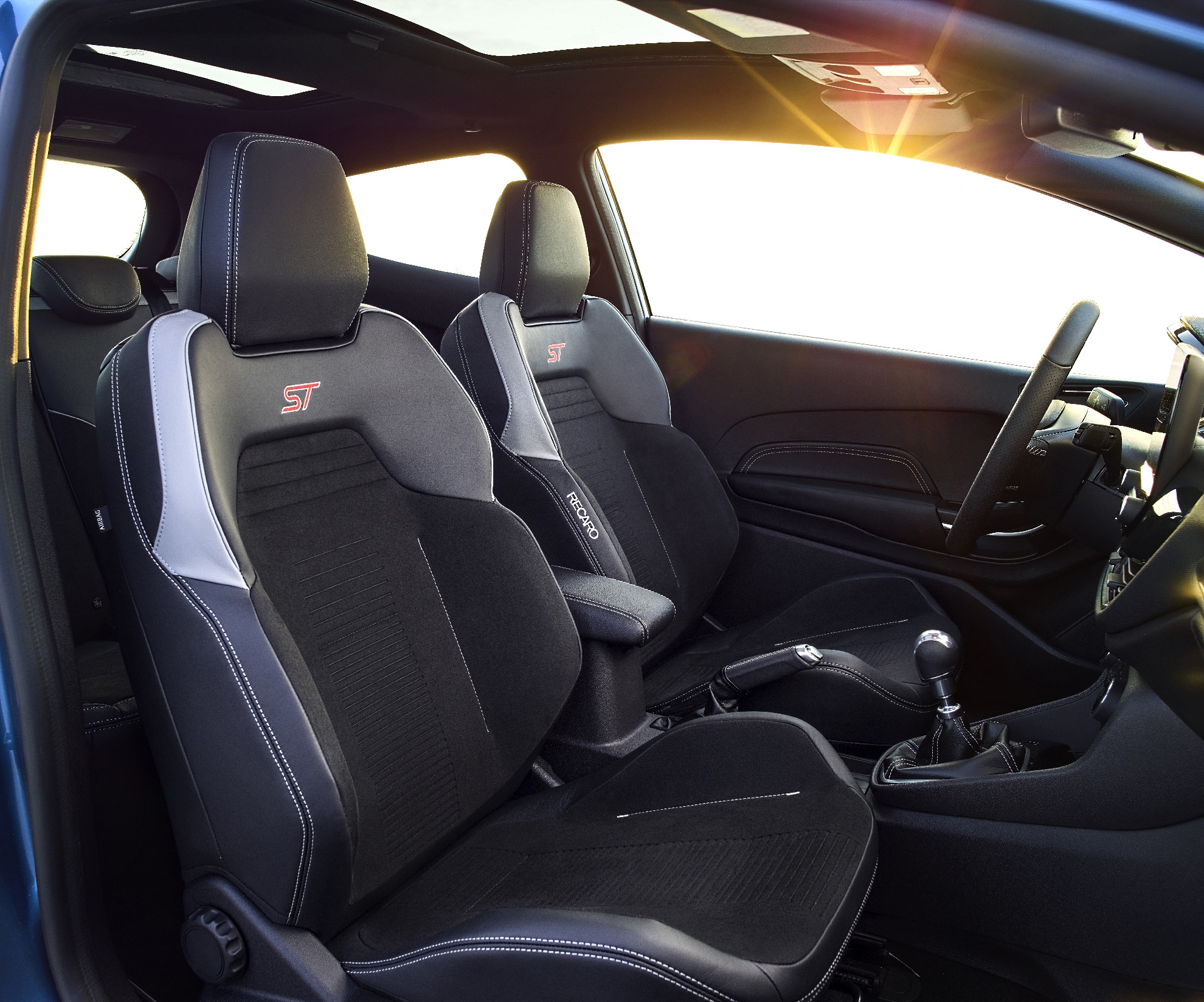 In Europe, the ST is available in three and five-door models. Expect that we'll get just the five-door, like we do now. The ST gets a new grille, a big rear wing, and 18-inch alloys to set it apart from the base model. Inside, the ST will get Recaro seats and a flat-bottom steering wheel. Ford says it will also have more customization options, with buyers able to chose from different trim pieces like the shifter surround. It will also have Ford's newest Sync3 running on an 8.0-inch screen.

The ST should go on sale in Europe early next year. Expect it to be a little while longer before it arrives in Canada.

While you wait here's Ford's launch video, where the ST has trouble keeping up with a Ford Performance staffer on a very aggressively ridden bicycle.