Great news if you're tired of dragging a cord around and plugging your phone into your car to get Apple CarPlay connectivity. Stereo and infotainment system provider Harman International has just announced that they are making CarPlay wireless, through Bluetooth and WiFi. They haven't said which automaker will get it first, but since their photo is of the 2017 BMW 5 Series, and they do say it's for "a luxury German automaker," that's probably the safe bet. 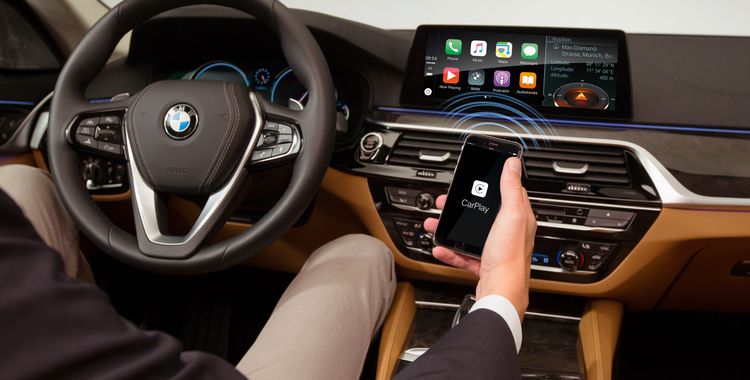 Since CarPlay and Android Auto both required a USB connection up to now, users needed to either keep an extra cable in the car or drag one around with them if they wanted in-car connectivity. This new system will put a stop to that. At least for Apple users. Since Harman says the new system connects via Bluetooth but then uses a WiFi connection to pass data. That restriction would prevent it from being added to most existing systems. But since Harman provides also services to Fiat Chrysler, Audi, Volkswagen, and more, then it's certainly likely that it will spread to more brands.