Ford Takes the Top off of the 2018 Mustang Ford Takes the Top off of the 2018 Mustang

After giving us a big look at the refreshed for 2018 Ford Mustang coupe at the end of the North American International Auto Show earlier this week, Ford didn't waste much time before taking the top off of the convertible Mustang that will go on sale alongside it. Ford calls the new look meaner and leaner than before.

Ford's not giving a lot of details, but they've already given away most of the big ones when they revealed the coupe. There's going to be a 5.0L V8 with more power than before, a 2.3L turbo four with more power, but no more V6 model. They're staying tight-lipped on exactly how much power the cars will get. Ford's new 10-speed automatic will be along for the ride, and there will be some new suspension tweaks to go with the new body.

The convertible will have the new active valve exhaust that gives the car a broad range of levels of exhaust noise. Dropping the roof will just help let that V8 noise into the cabin. Magneride adaptive suspension will also be available. 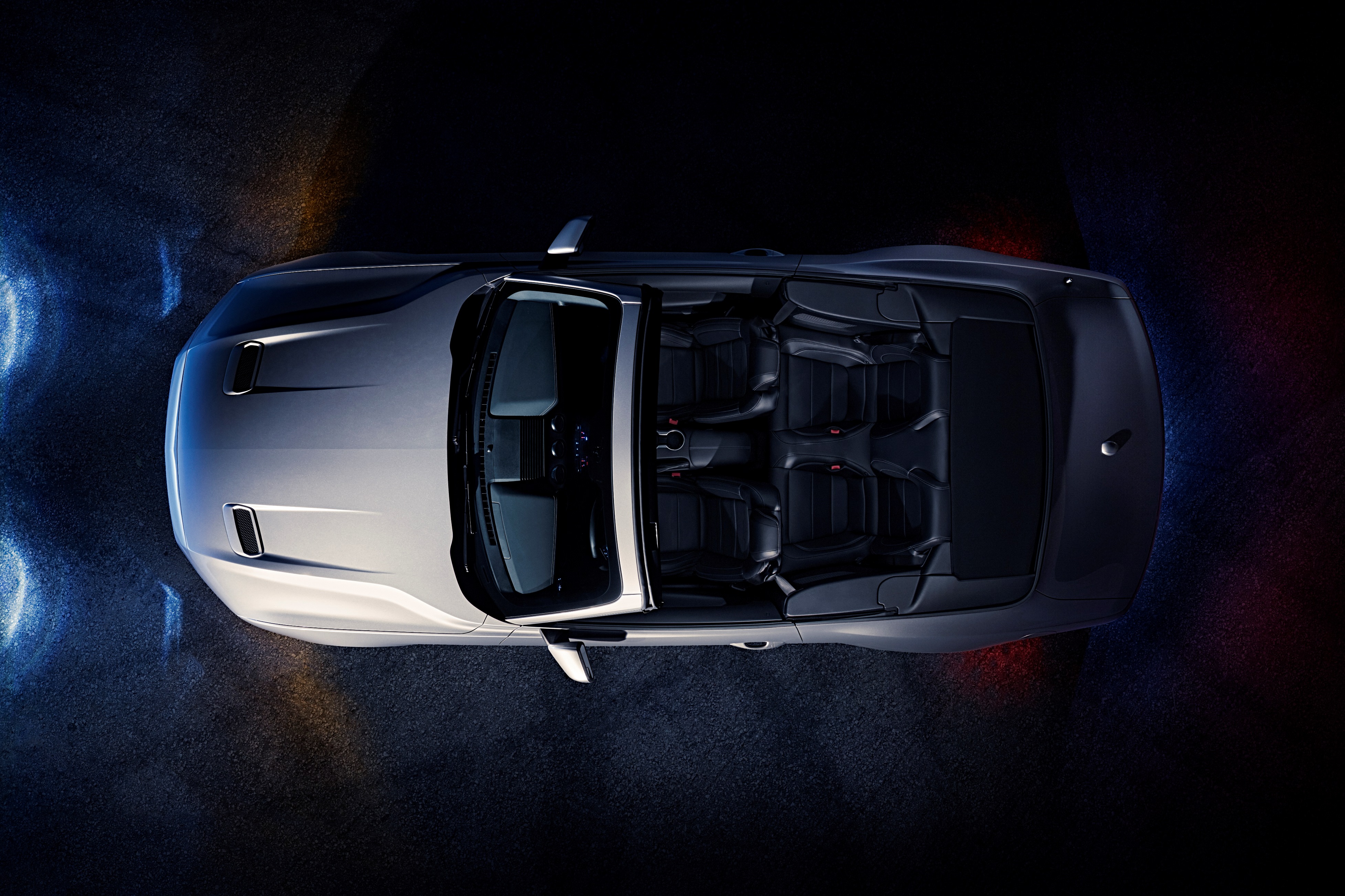 The new Mustang coupe and convertible will tour auto shows around the continent this summer before going on sale this fall. Expect details to trickle out one at a time over the months leading up to the car arriving in showrooms and pricing closer to its arrival at dealers.