With Infiniti’s 2016 SUV/crossover sales swelling by 16 percent in 2016 and accounting for 60 percent of global sales, Infiniti pulled the wraps off its QX50 Concept which Infiniti brass say gives an outlook of the future QX50 crossover. It certainly looks production-ready, but we won’t see the real thing until a year from now at the 2018 NAIAS.

We do know the production QX50 mid-size crossover will launch later in 2018 and will be powered by the first application of Infiniti’s breakthrough VC engine that features an industry-first variable compression ratio technology. It will be a 2.0L turbocharged gasoline four-cylinder that generates the expected power with diesel-like fuel economy. 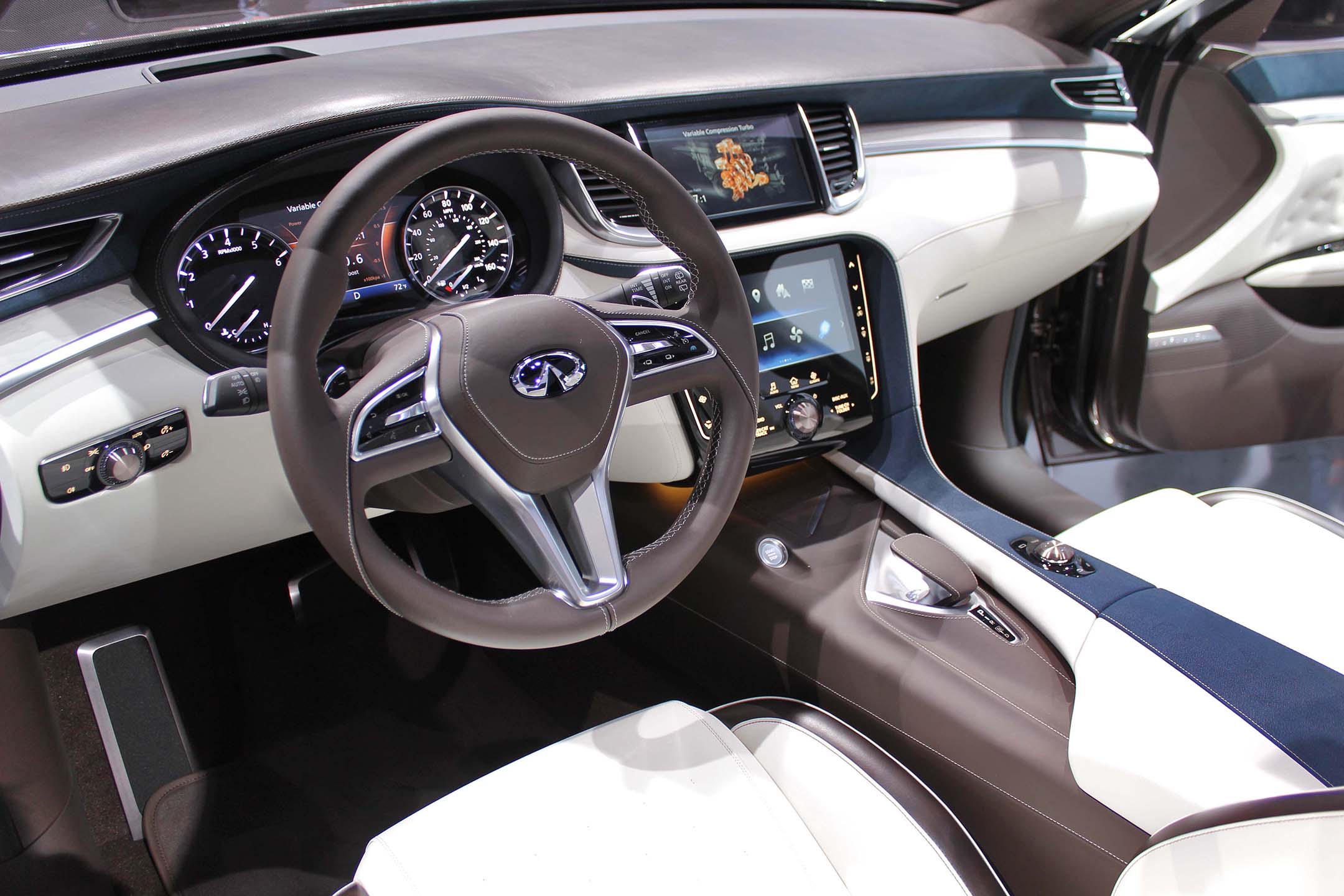 So how close is the QX50 concept to the production vehicle? “Very close,” says Alfonso Albaisa, Infiniti’s Executive Design Director, “especially the interior.” Peering inside reveals an unique and artfully designed cabin that has all the hallmarks of a bespoke effort. Albaisa draws his hand along the gentle sweep of the leather console and tells me much of the interior was conceived at Infiniti’s Japanese design studio. “I love the Japanese delicate consideration to detail.” He also called in an Italian consultant for certain interior elements. The body was mostly drawn at the his design headquarters in San Diego, but with studios also in London and Beijing, the designs get ping-ponged all over the world before they settle on the final product.

“My job is herding cats,” grins Alfonso. One thing's for sure, the Infiniti design language is consistent, cohesive, distinct and decidedly premium.