The 2018 Kia Stinger performance sedan was unveiled in Detroit ahead of the North American International Auto Show, and the name may initially cause a bit of confusion.

This car has nothing to do with the brand’s GT4 Stinger coupe concept that was making the rounds a couple of years ago. Rather, it’s a an evolution of the Kia GT sedan concept that debuted at the Frankfurt motor show in 2011 albeit a conservative one.

It heralds the real-life realization of a new era of performance-centred thinking at Kia, and that certainly is intriguing. 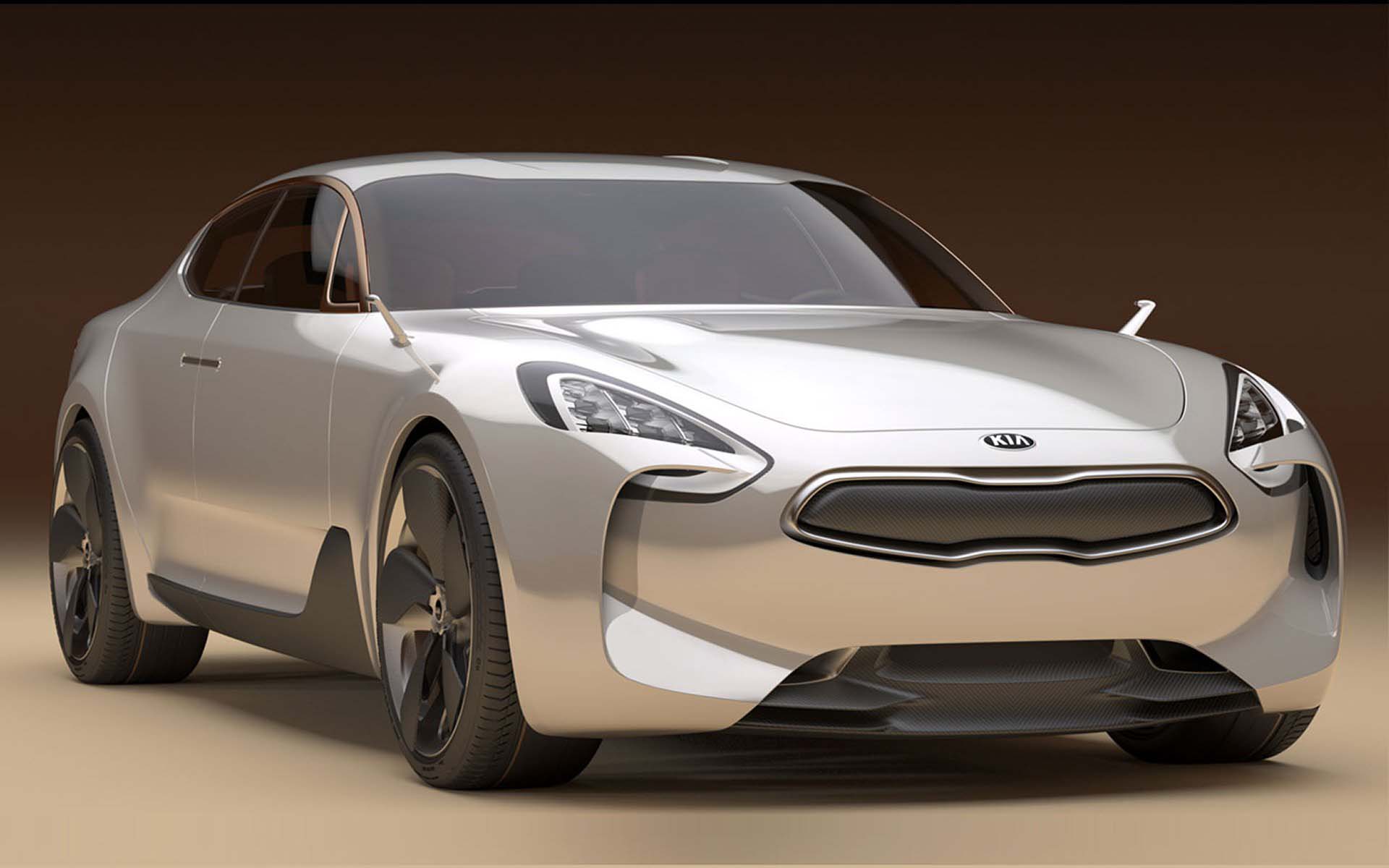 The V6 trim, named Stinger GT, also comes with Brembo front and rear brakes – four-piston calipers on the front and two-piston in the rear – as well as 19-inch staggered tires, P225/40 fronts and P255/35 rears (as opposed to still-aggressive P225/45 18-inch tires all around on the base model). The transmission is an eight-speed automatic across the board. 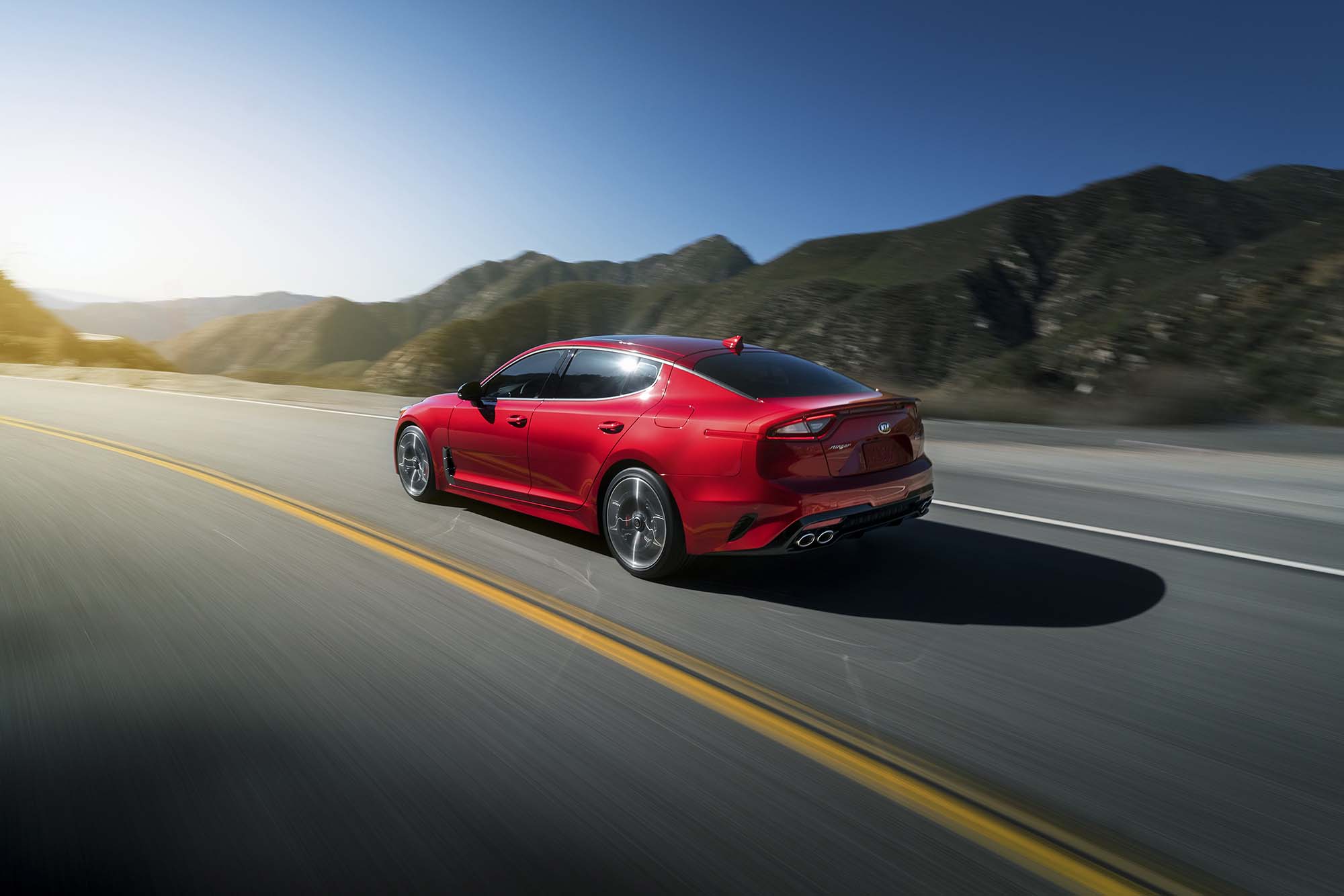 Ted Lancaster, Kia Canada Chief Operating Officer, says that Canada will see the rear-wheel drive option as well as the AWD. This will please RWD enthusiasts.

Handling setup was done by Albert Biermann, head of Kia’s Vehicle Test and High Performance Development - Biermann is a recent acquisition from BMW where he worked on the iconic M performance cars. The sporting prowess of the Kia was demonstrated in a teaser video from the Nurburgring back in December. 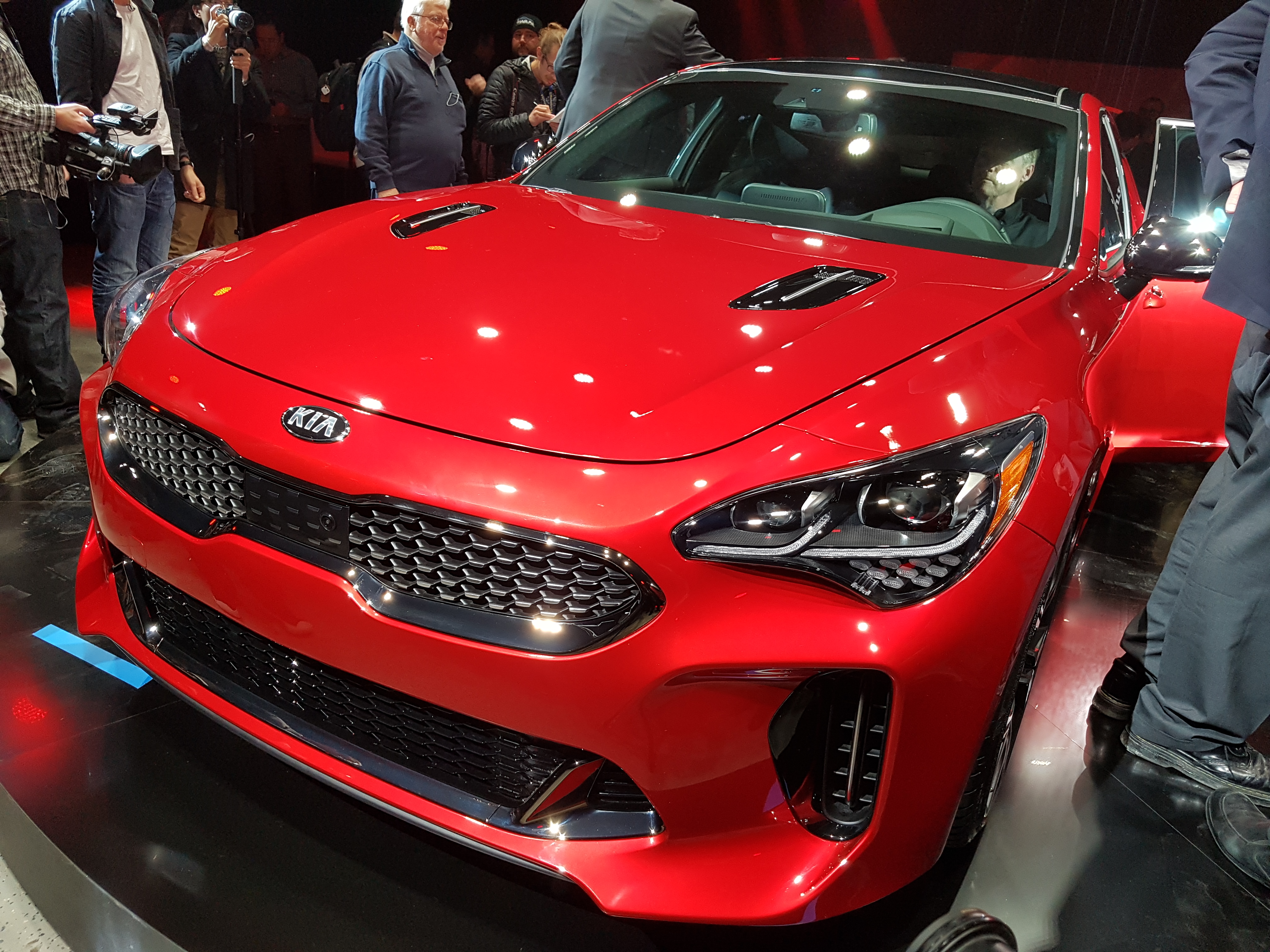 Other features of note include dynamic damping with five drive modes – a Kia first – plus variable-ratio rack-mounted motor-driven power steering, a chassis comprised of 55 percent high-strength steel, and a longer wheelbase than a number of its competitors in the segment, including the Audi A4, Infiniti Q50 and Lexus IS.

The Stinger will mark the debut of Kia’s new Driver Attention Alert system designed to help combat distracted or drowsy driving. Rounding out the suite of safety features is forward collision warning with pedestrian detection and autonomous emergency braking, active cruise control that works to a full stop, lane-keep assist and blind-spot detection, rear cross-traffic alert, and a head-up display.

Designed at Kia’s Frankfurt studio with Peter Schreyer at the helm, the company says the car is an embodiment of the true meaning of gran turismo.

“A car for spirited long-distance driving is not about outright power, hard-edged dynamics and brutal styling, all at the expense of luxury, comfort and grace,” Gregory Guillaume, chief designer for Kia Motors Europe, says in a press release. “The Stinger has nothing to do with being the first to arrive at the destination – this car is all about the journey.”

The 2018 Kia Stinger is set to arrive in Canadian showrooms late this year with pricing to be announced closer to launch. (Let’s hope this car’s appropriation of the name doesn’t mean that the GT4 Stinger concept coupe will never make it to production.)