The automaker will build just 10 examples of the targa-bodied car through its Special Projects division, which has turned out cars like the P540 Superfast Aperta and the 458 MM Speciale. Ferrari says the J50's styling hearkens to designs of the 1970s and 80s; we also see a touch of 1990s concept car (any concept, really) in the slit-like LED headlights. 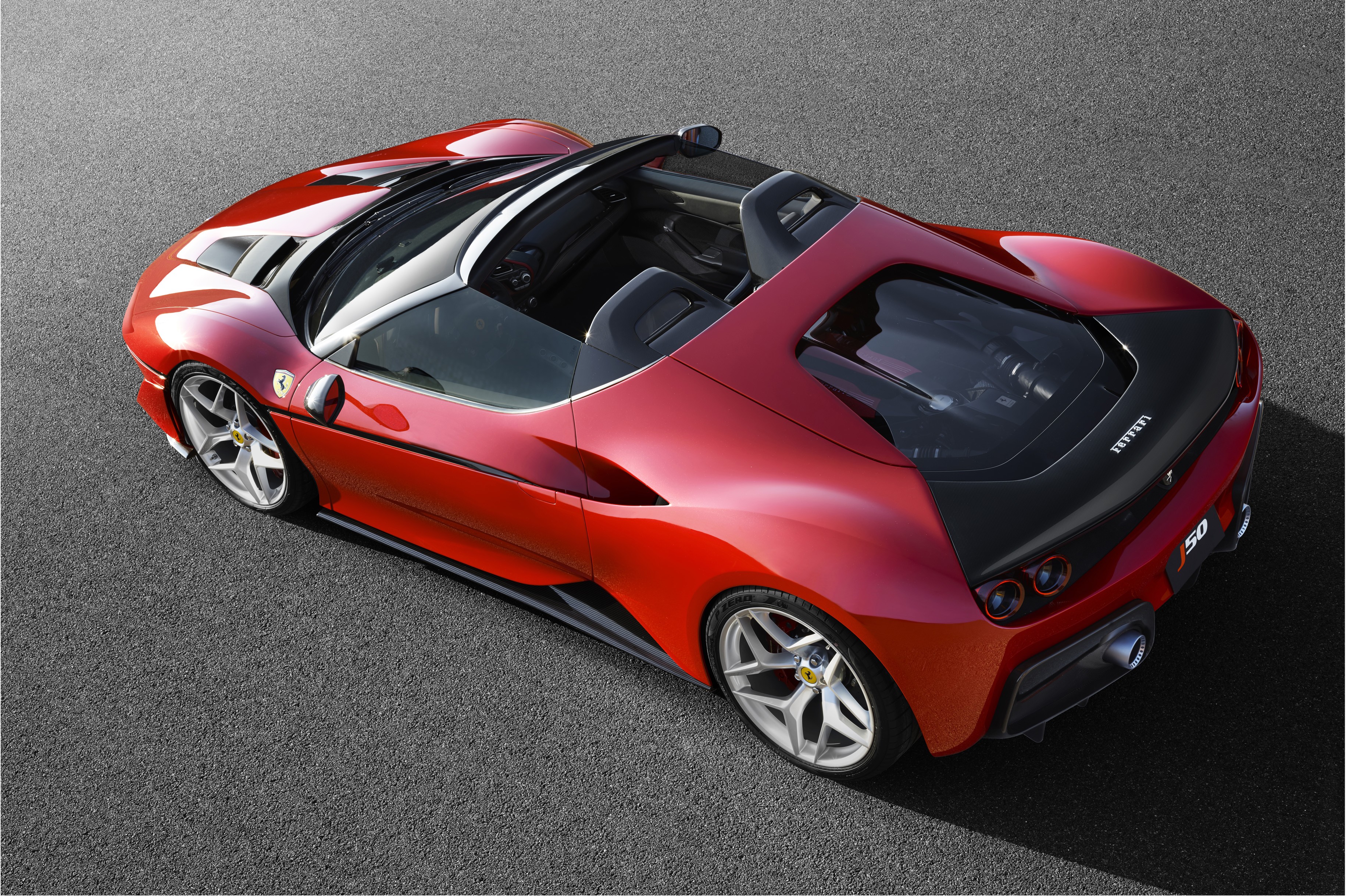 Ferrari says it made a number of changes to the 488 in the name of aerodynamics: the twin front-mounted radiators were moved closer together, allowing a redesigned front bumper, and a lowered windshield header allows more air to flow over the rear spoiler. 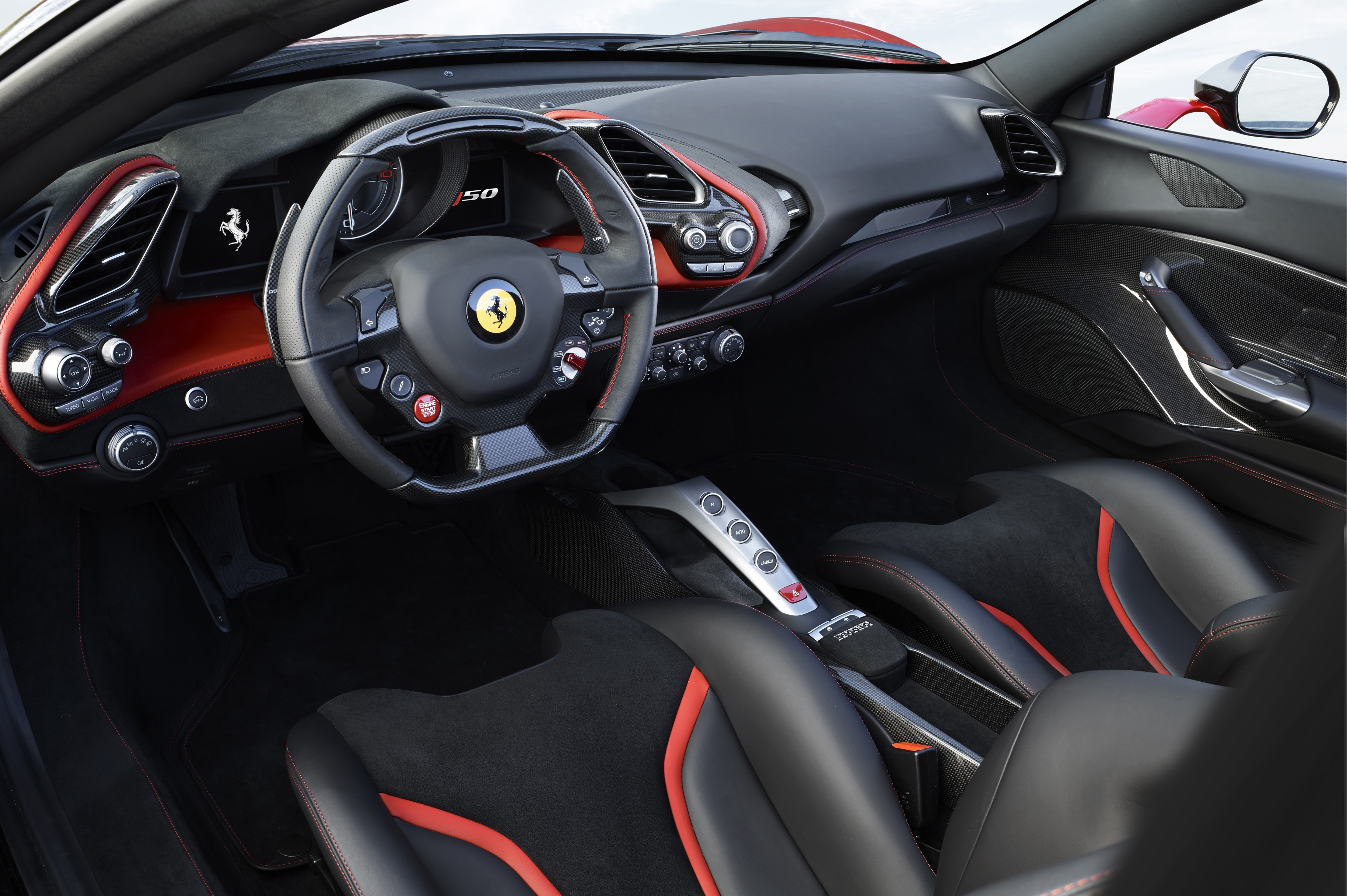 As befits the bespoke label, Ferrari will tailor each car to its buyer's specific requirements. We assume that means you don't have to stick with the black-and-red interior sewn together from leather and Alcantara shown in the car used at the launch event; maybe it suggests a lack of creativity on our part, but we like that look just fine.

Ferrari doesn't mention a starting price for the J50 because, as the saying goes, if you have to ask... 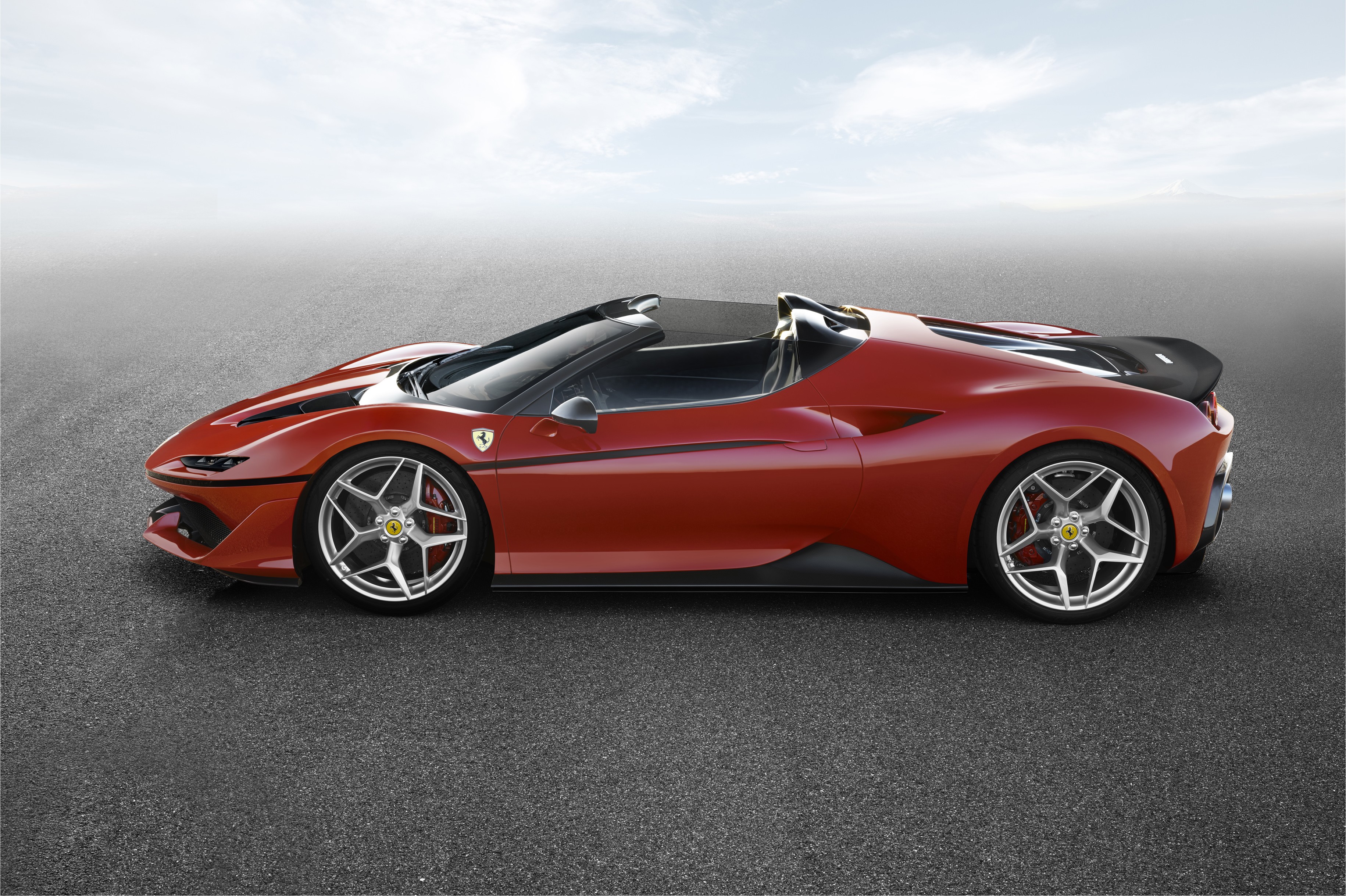