The automobile industry’s forward momentum never stops, and that often means car companies have to leave certain models behind as buyer habits and design trends change over time. Thus, every year there are a few stragglers that, having overstayed their welcome in dealerships, are cut loose from the automotive landscape, never to be seen again. This can lead existing owners to gnash their teeth in despair lower resale values, while opportunistic buyers swoop in to snag remaining inventory at a significant savings.

It’s not always a lack of popularity, or a non-competitive design that dooms a car or truck to the ignominy of being dismissed from the line-up. Sometimes it’s changing safety and fuel economy regulations, or a shift in direction at the top of the corporate ladder that pushes a vehicle to the side.

Whatever the reasons might be, here’s a list of 15 automobiles that won’t be back either for or after 2017.

Doomed by brisk sales of the nearly-as-quick, but much-more-affordable Chevrolet Corvette, as well as a stubborn refusal to dilute its high-performance formula by adding the option of an automatic transmission, the Dodge Viper departs from the high-performance scene in a flurry of special editions. One of the purest, and most raw sports cars ever built during the modern era, the Viper is destined to be a future classic. The Cadillac ELR is gorgeous to look at, but its over-the-top pricing compared to the mechanically similar Chevrolet Volt hybrid with which it shares its platform saw most luxury customers taking a pass on the extended-range vehicle. Great deals on remainder ELR models are already out there. Dodge hasn’t fielded a competitive compact car since it scrapped the Neon well over a decade ago, and while the Dodge Dart had some of the elements required to succeed – a frugal turbocharged engine and attractive styling – an unpopular nine-speed automatic transmission and a small rear seat turned off most buyers. 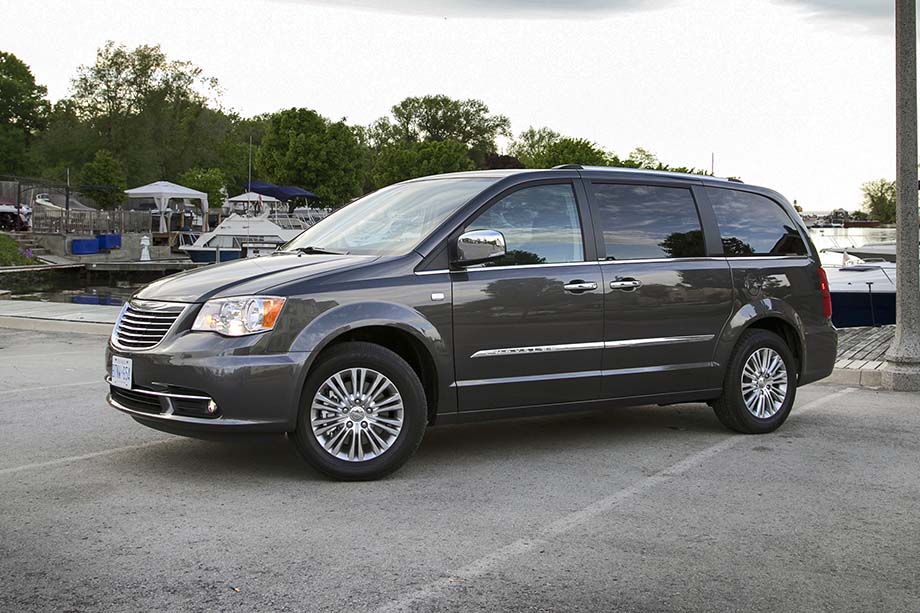 The Town & Country shuffles off this mortal coil to be replaced by the Chrysler Pacifica, a new minivan that highlights both luxury and a newly available hybrid drivetrain. It also probably didn’t make sense to devote so much production line space to both the Town & Country and the almost identical Grand Caravan (which soldiers on for 2017). The “New Volvo” wants very little to do with the “Old Volvo” in terms of styling and design, and it doesn’t get much more Old Volvo than the S80 full-size sedan. A relic that hasn’t been updated in more than a decade, the S80 won’t be missed by many – especially given the reception of the stunning new Volvo S90. The idea of a sporty hybrid car seems to have only caught on with the ultra-rich, who are content to buy vehicles like the Porsche 918 and whatever battery-assisted monstrosity is currently being offered by McLaren. Meanwhile, the Honda CR-Z – a compact hatchback that offered a manual transmission and at least a little more joy than your typical Prius owner can handle – was largely ignored by the brand’s loyal customers. The Hyundai Equus full-size sedan, and its slightly smaller Genesis sibling, aren’t really going away so much as transmuting into the new Genesis luxury brand. The Equus sees a host of improvements for the 2017 model year as the Genesis G90, while the Genesis (confusing, we know) gains a twin-turbo V6 and will be sold as the Genesis G80. The Scion tC coupe and xB compact crossover never really found a mainstream audience. The same can be said for pretty much the entire Scion brand, which was officially terminated by Toyota this past year. A few models – notably the iM (now the Corolla iM) and the FR-S (renamed the Toyota 86) will live on with a Toyota badge on the hood, but the rest have been consigned to the dust heap of history. Speaking of not finding an audience… The Lincoln MKS simply failed to flourish as the brand’s full-size flagship, a problem that the introduction of its replacement – the heritage-heavy Lincoln Continental – hopes to correct for the 2017 model year. A “small” convertible on a “large” platform, the Eos appealed to Canadian buyers through the four-seasons appeal of its retractable hardtop. A one-generation design that nevertheless offered a usable rear seat (a rarity for a drop-top), the Eos never found an evolutionary path towards survival. The writing was on the wall when Aston Martin produced only a handful of DB9 GT models for 2016, but at the very least the car’s replacement – the DB11 – is a true stunner worthy of the show-floor space. The Cadillac SRX was one of the most popular models on offer from the premium automaker, but it had grown long in the tooth to the point where a comprehensive do-over was required. It arrives in the form of the 2017 Cadillac XT5, which takes over for the mid-size family hauler. 2017 will be the final model year of the Verano, a competent compact luxury car that simply didn’t inspire Buick’s loyal buyers to “get small.” Quiet and comfortable, the Verano was also relatively quick when found in turbocharged form. Mid-size cars haven’t caught on at FCA, with the Chrysler 200 seeing production shut down at the end of this year after a handful of 2017 models leave the factory. With a renewed focus on SUVs built by Jeep and Dodge, the slow-selling 200 simply couldn’t make a case for future development. The Subaru XV Crosstrek Hybrid failed at the one thing it really needed to succeed at, and that’s being better at the fuel pump than its gas-only counterpart. On the window sticker, the Hybrid was only marginally more frugal than the base Crosstrek, and in the real world the two were essentially identical when it came to overall efficiency.