2016 Mitsubishi Outlander – On a beach in Florida

2016 Mitsubishi Outlander – On a beach in Florida
https://www.autotrader.ca/ Bentley Flying Spur – From a balloon above

Bentley Flying Spur – From a balloon above
https://www.autotrader.ca/ From fulfilling childhood fantasies to gaining new perspectives on well-loved destinations, as driving goes, 2016 is a year I may never be able to top. It was defined first and foremost by making treasured memories – sometimes with family and sometimes on my own, but always with experiences that on some level I’ll carry with me forever.

Driving a BMW X1 in Newfoundland 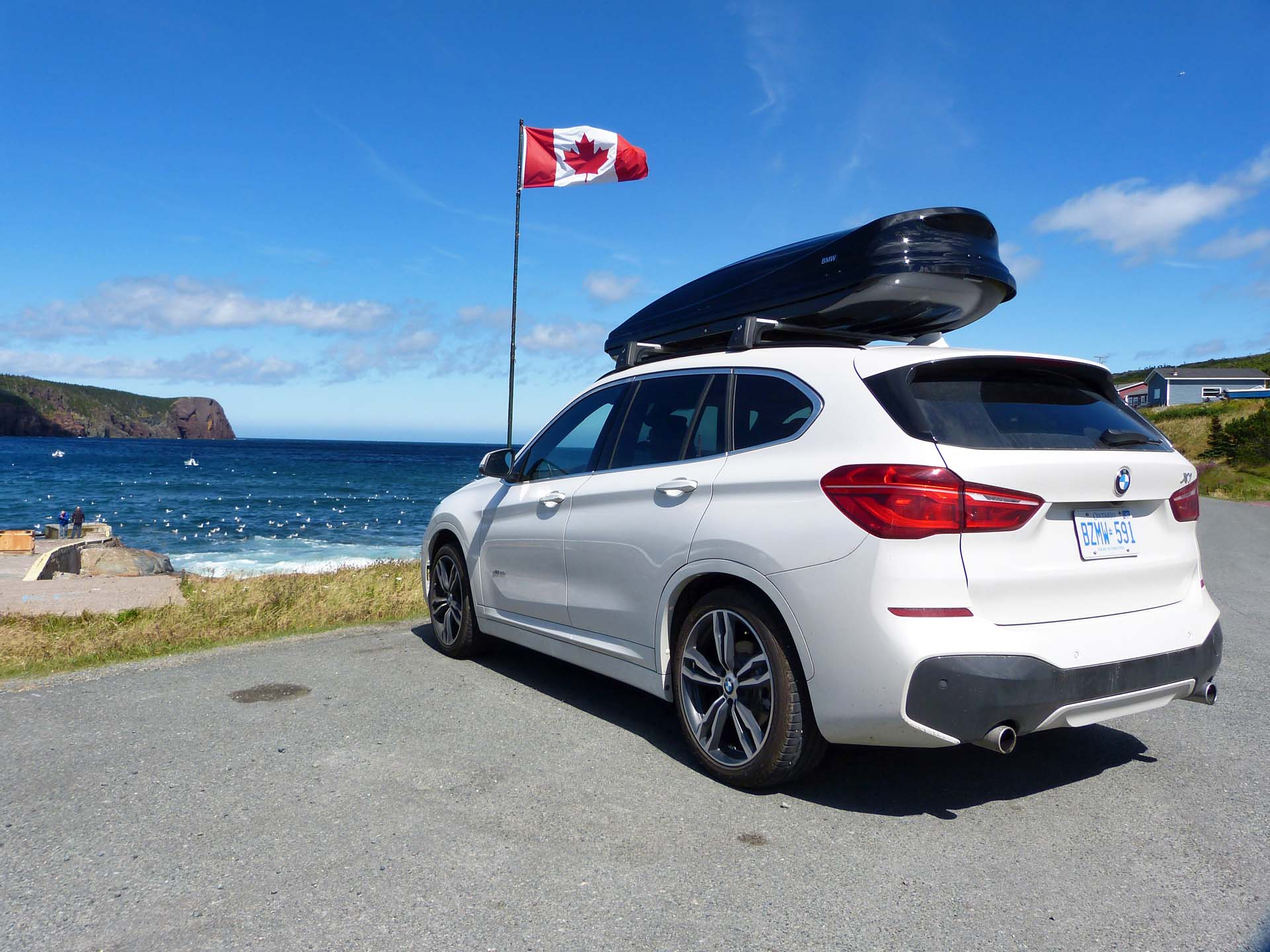 My top drive of the year, hands down, was finally getting to travel with my childhood best friend to the province where her heritage lies. This is a drive she and I had been talking about since we were seven, and not only did we get to go ourselves but we were able to take our daughters with us, who are similar in age now to what my friend and I were when we met. 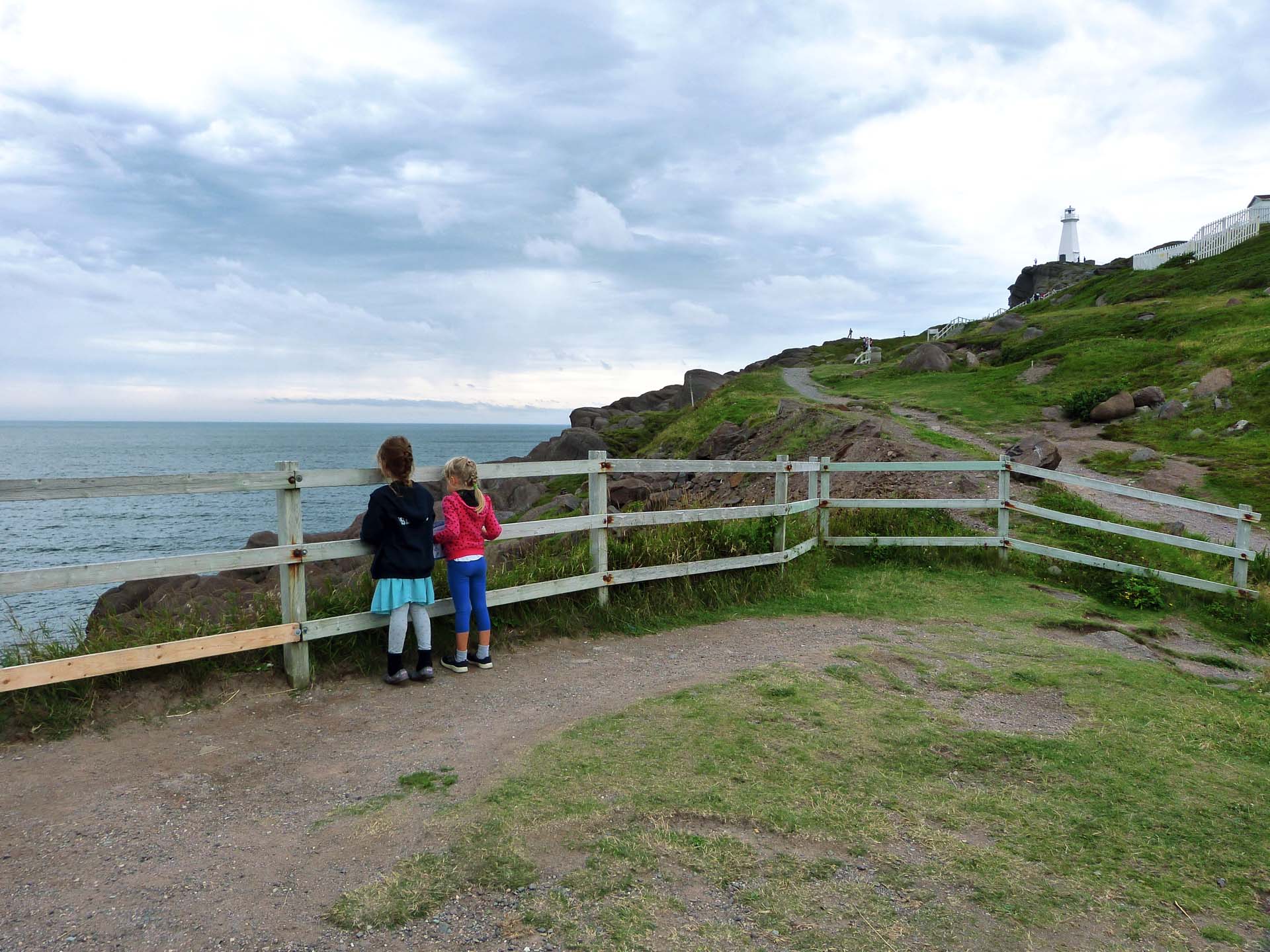 We left from Toronto with most of what we owned crammed into a 2016 BMW X1 and spent nearly two weeks getting to and exploring around Newfoundland. From holding sea stars and giant snails in Gros Morne, looking out over St. John’s Harbour from Signal Hill, making jam from wild blueberries picked fresh off coastal dunes, and family visits filled with merriment along the way, every turn of the wheel resulted in a unique and precious memory, each of which all four of us will treasure. 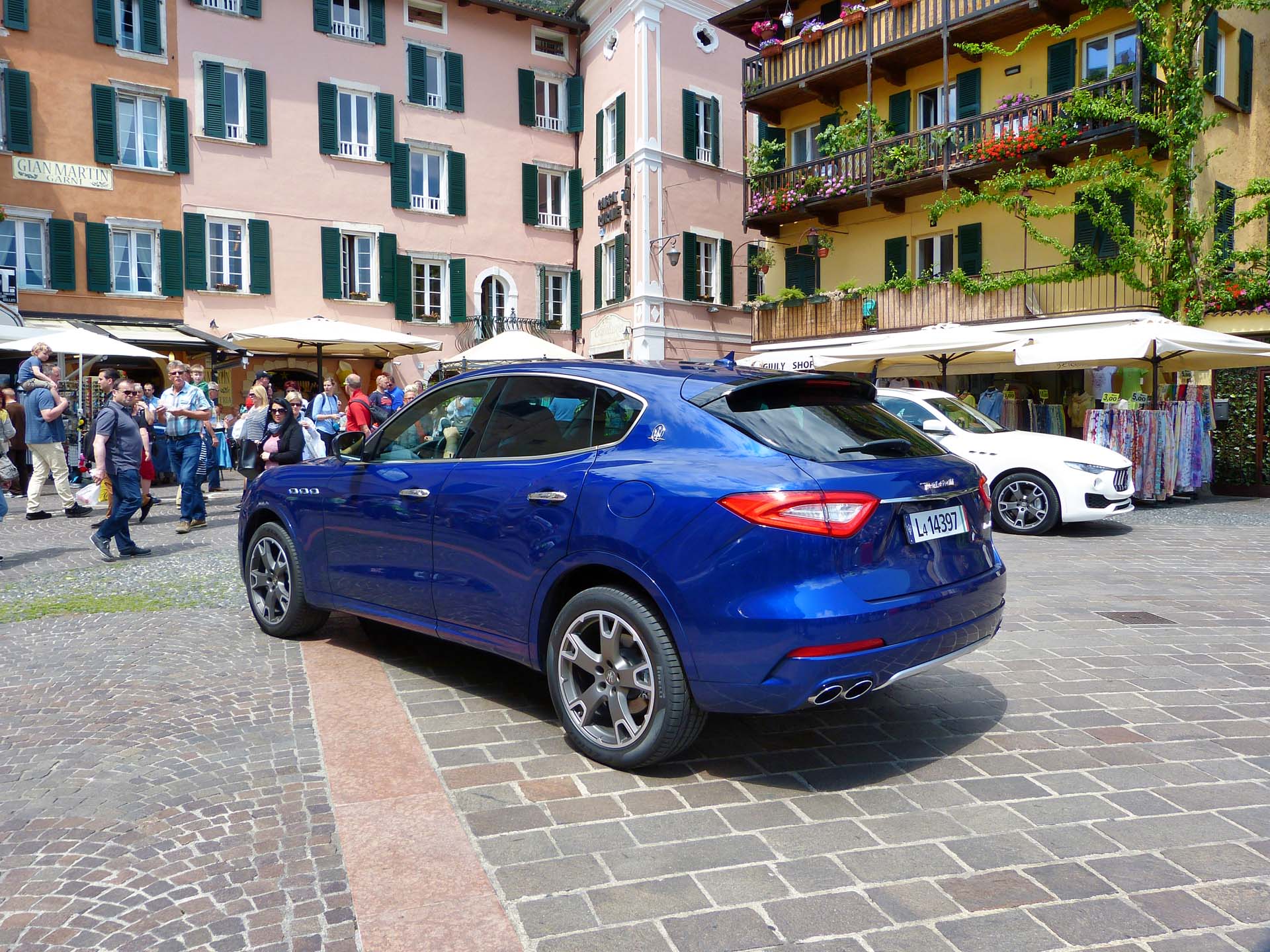 There may be no better crash course in Italian culture than driving through the countryside in a Maserati. Every rest stop along the way in the 2017 Maserati Levante resulted in an instant car show with approving gestures and groups of old men in cardigans peering through driver’s side windows.

That single-day drive through the hills lining the western bank of Lago di Garda in Brescia taught me more about northern Italy than I would ever have thought possible. For one, even the most fashion-conscious people on earth thought that a Maserati SUV was long overdue. And ending the day’s drive with a meal prepared by three-Michelin-star chef Massimo Bottura took my culinary awareness to new heights. 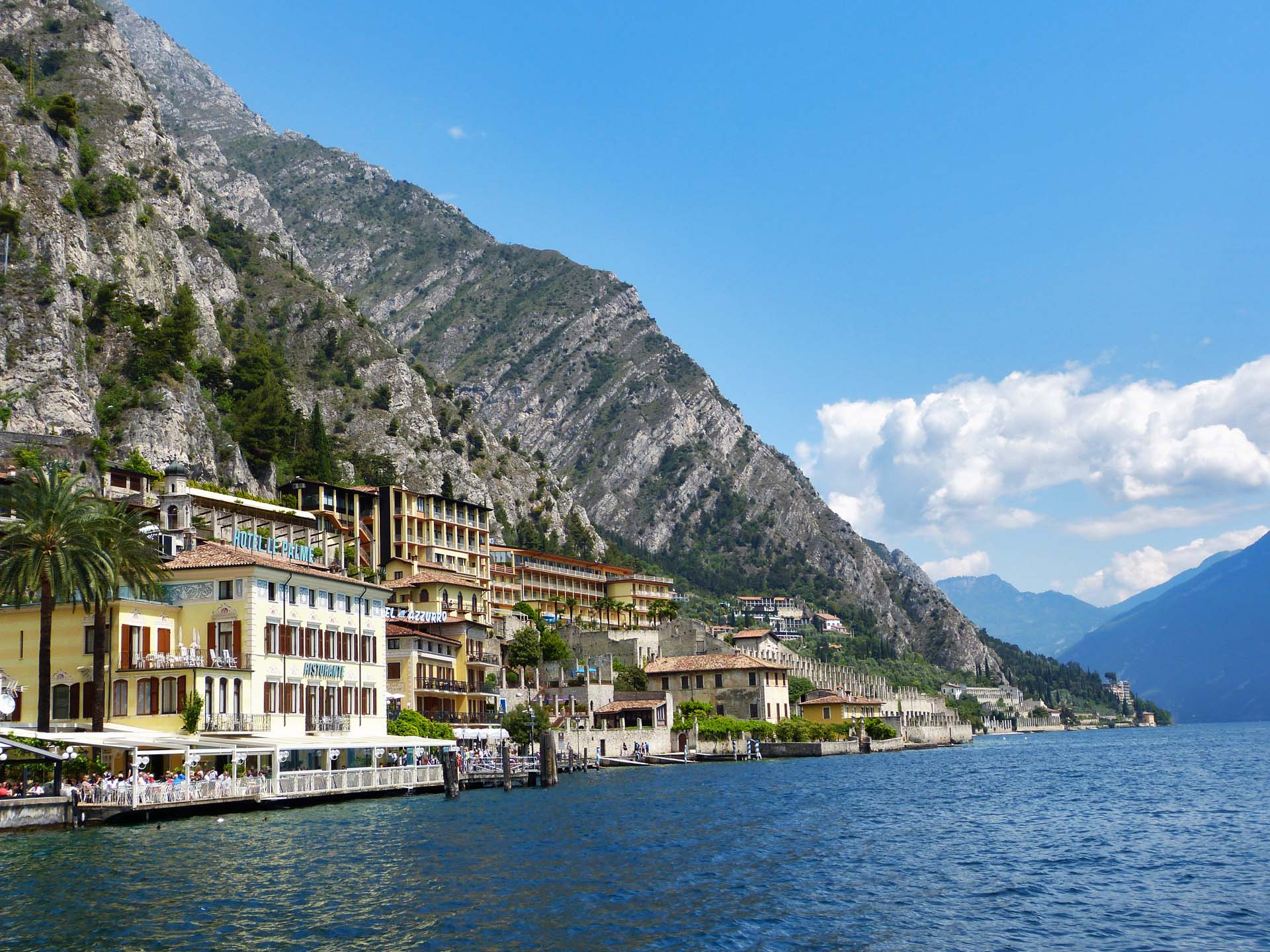 But the most important lesson was that those who focus their tourism efforts on the south end of Italy have no idea what they’re missing. As we walked around Italy’s northernmost citrus house in Limone sul Garda, the Limonaia keeper stopped us in his tracks, threw his hands in the air toward the views over the lake and the foothills of the Italian Alps, and yelled, “Il paradiso!”

I couldn’t have agreed with him more.

Meeting Mickey in a Mitsubishi Outlander 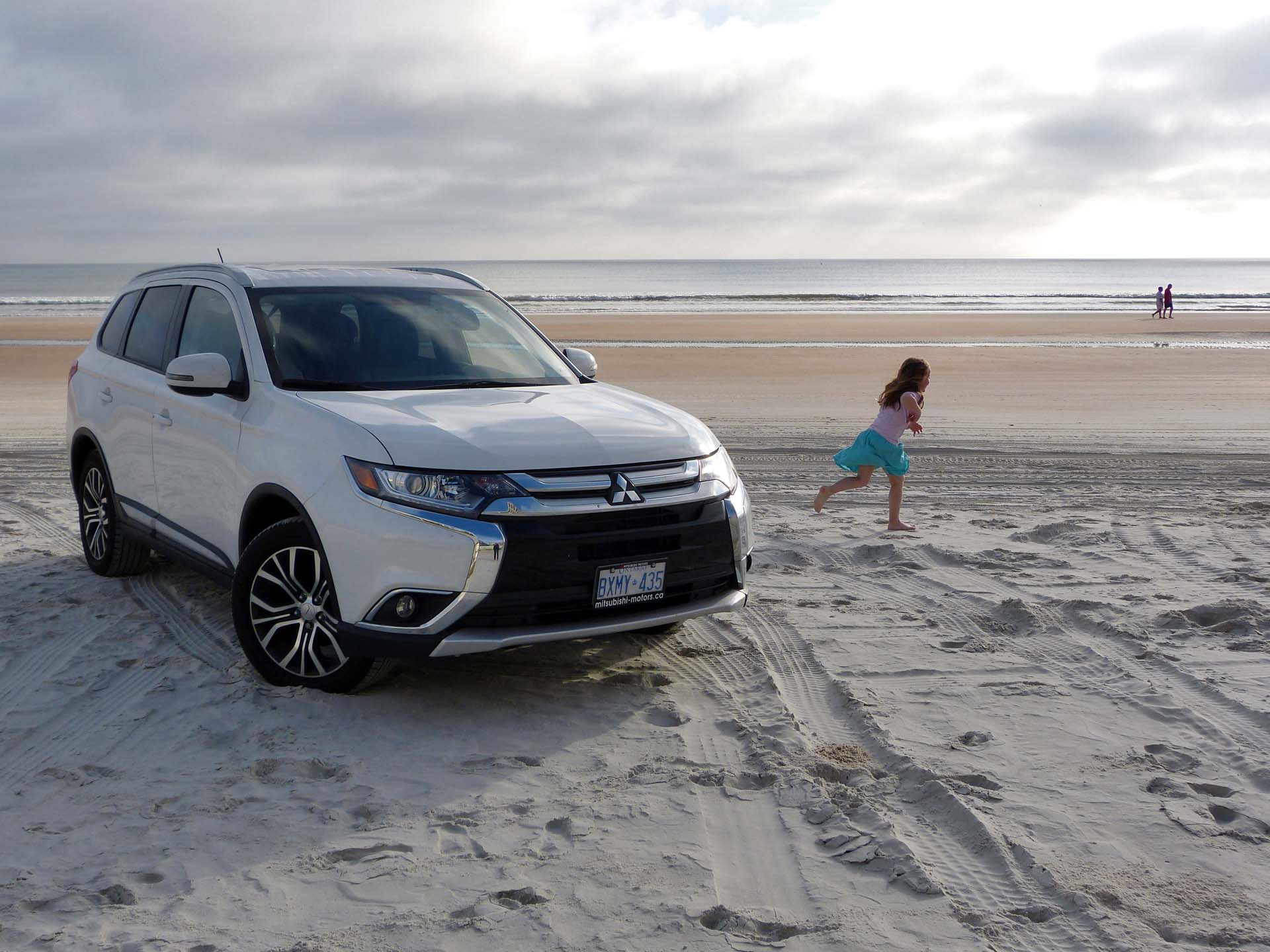 My husband and I travel extensively for work and each bring our daughter with us whenever we can, but it’s rare that all three of us get a chance to travel together. This year, we carved out the time to make an exception.

March Break happened to coincide with the first Verizon IndyCar Series race of the season in St. Petersburg, which made for a perfect excuse to load up a Mitsubishi Outlander and head to the Sunshine State for some rest and relaxation.

After taking in the race over the weekend, we had a couple of days to thaw out from the long and frigid Canadian winter by exploring the lovely Gulf Coast beaches. 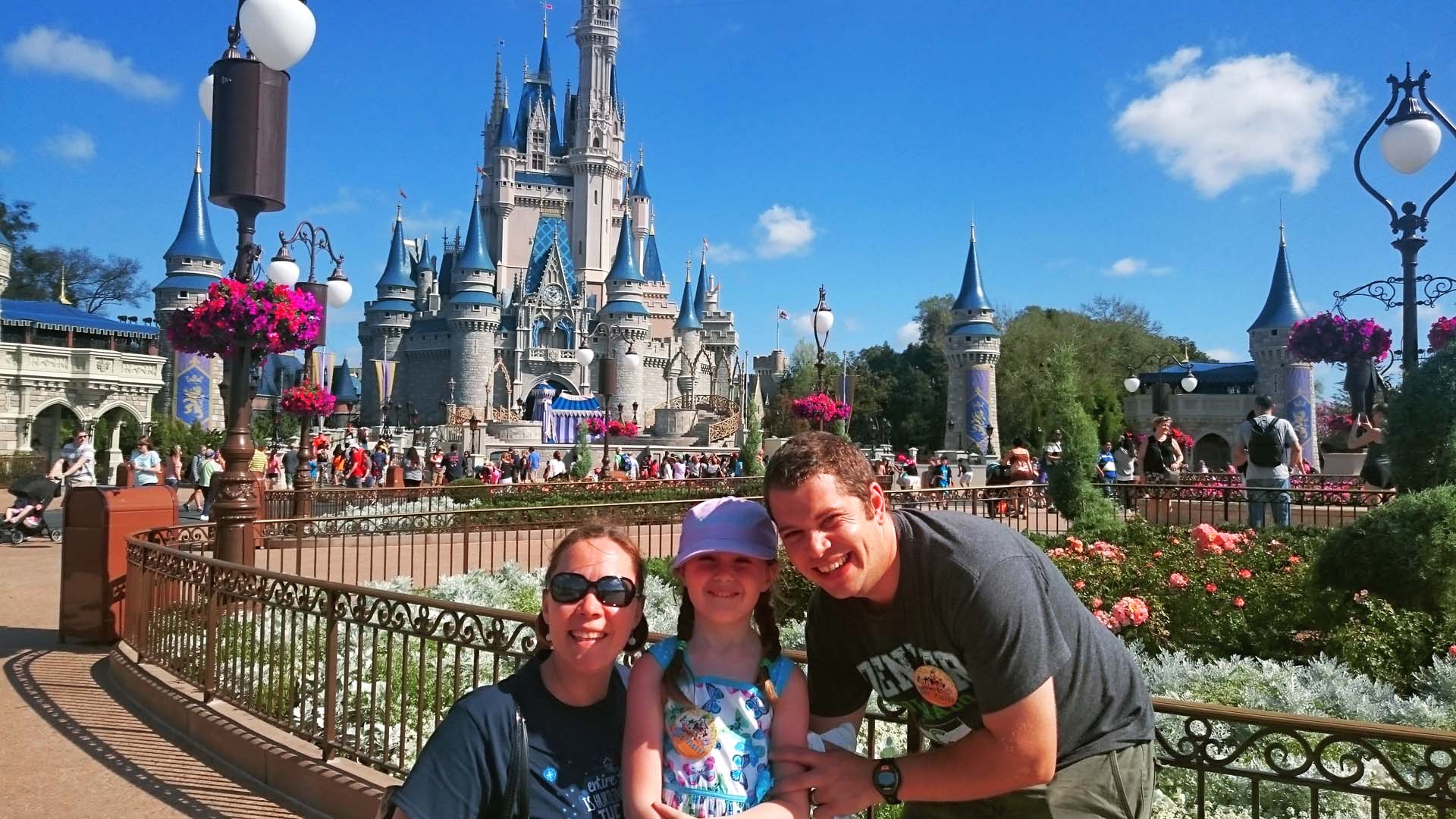 But the best part by far was getting to surprise our daughter with her first visit ever to Disney World. We somehow managed to keep it a secret right up until we drove through the gate – no small feat for a pair of blabbermouth parents like us – and the look on her face in that moment was worth every penny and every hassle we’d gone through to make the trip happen.

It was one of the most magical days we’ve ever had together as a family. And it was a much-needed reminder of why it’s so important to make the time to create memories with the people you love most.

Winding through wine country in a Bentley Flying Spur 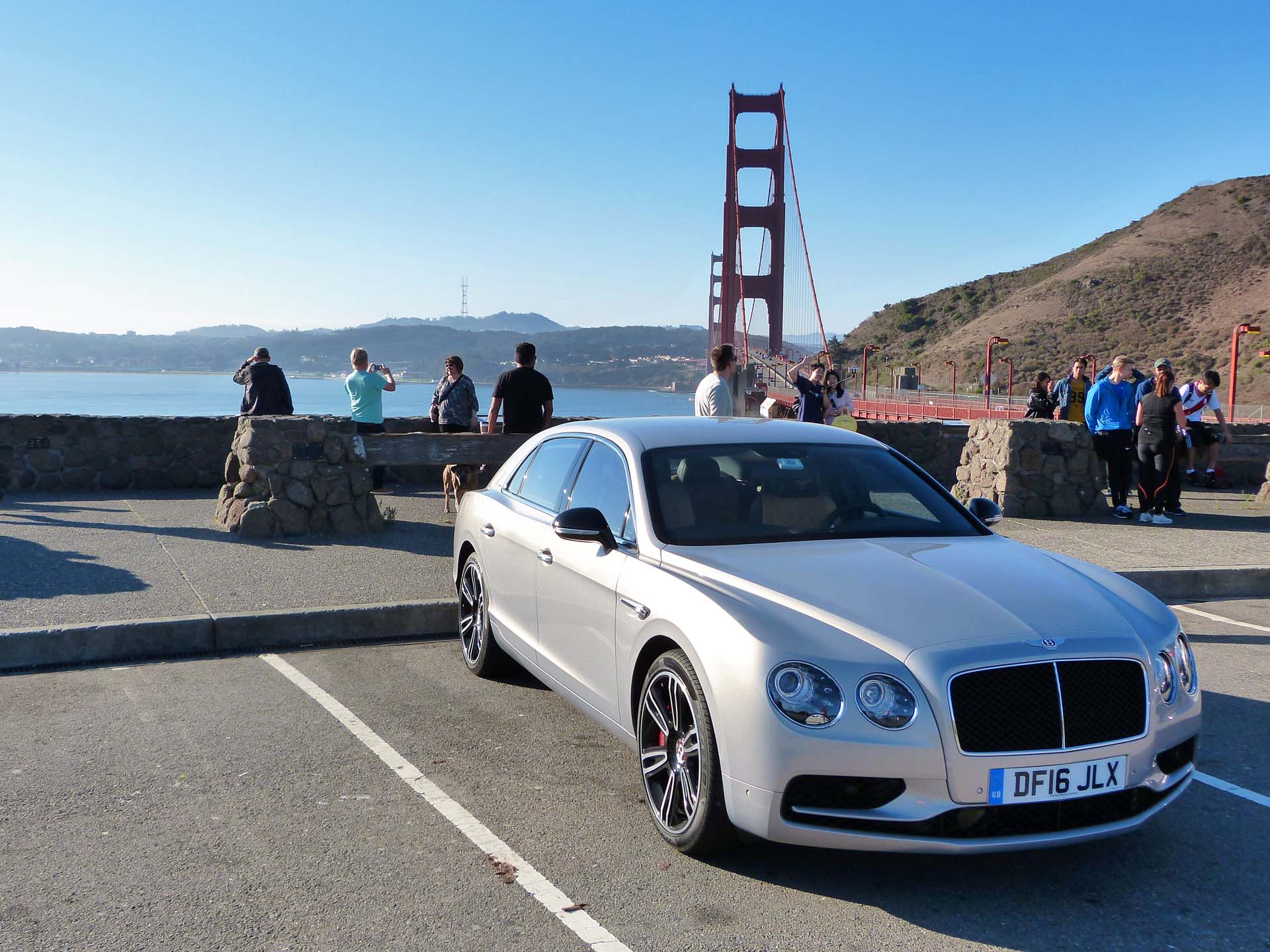 The San Francisco Bay Area and its surrounding wine country is my favourite place to visit in the United States. To have such a vibrant and cosmopolitan city within an hour’s drive of the beautiful Napa and Sonoma valleys always results in a trip to remember.

This time, I spent a weekend touring around in a Bentley Flying Spur V8S, which made for the perfect complement to a great destination. Navigating through the undulating roads with poise, comfort and precision while watching the morning fog spilling over the hillsides was ethereal. 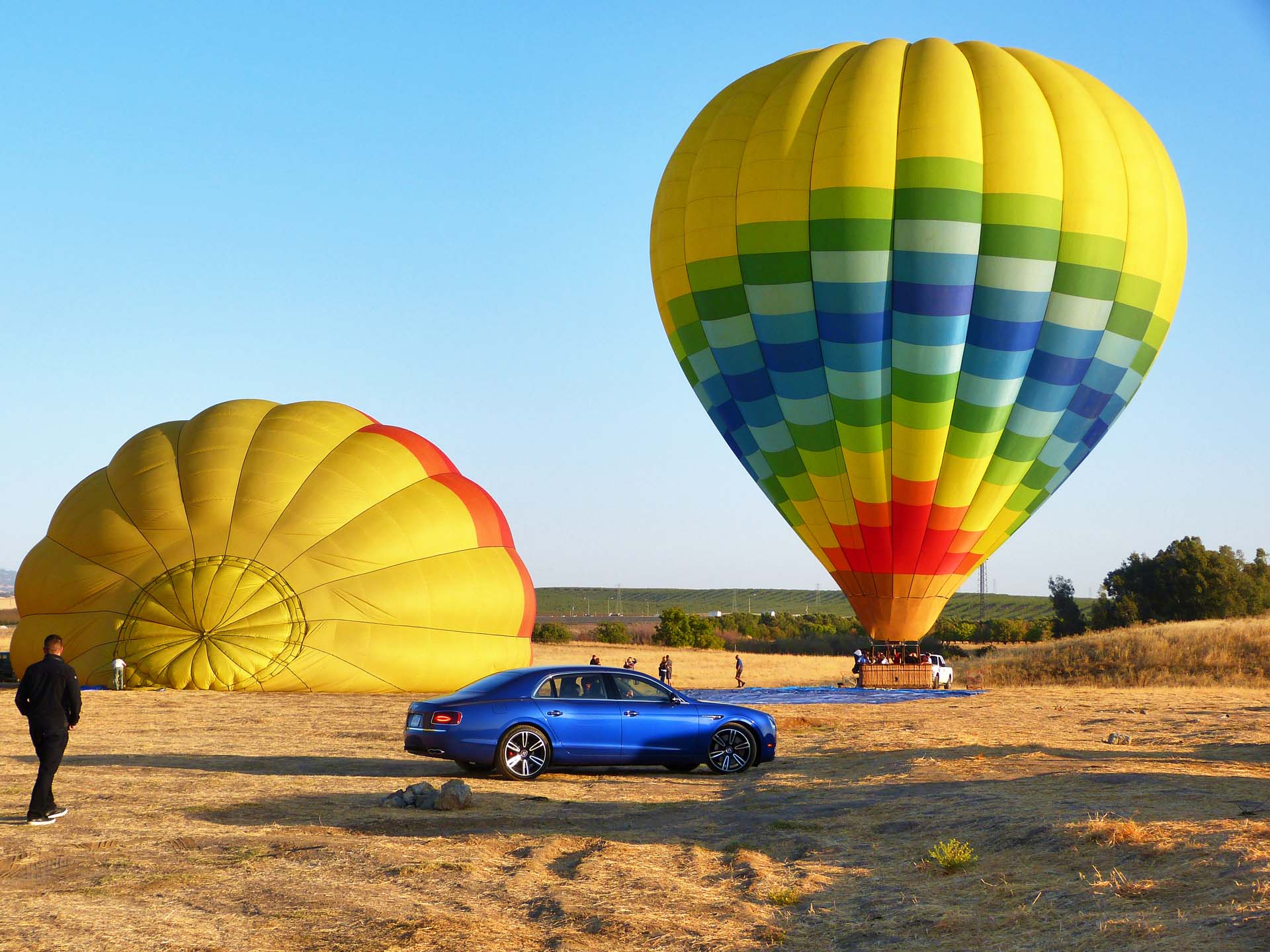 Of course, some of that relaxation backpedals when you cross the Golden Gate Bridge and take a car worth half a million dollars into the tight and hilly confines of San Francisco, where door dings and skid plate scrapes become an ever-present concern.

Still, I can now say that I took my first drive down Lombard Street in a Bentley. How cool is that? Hashtag worth it.

Touring history on Fogo Island in a Cadillac XT5 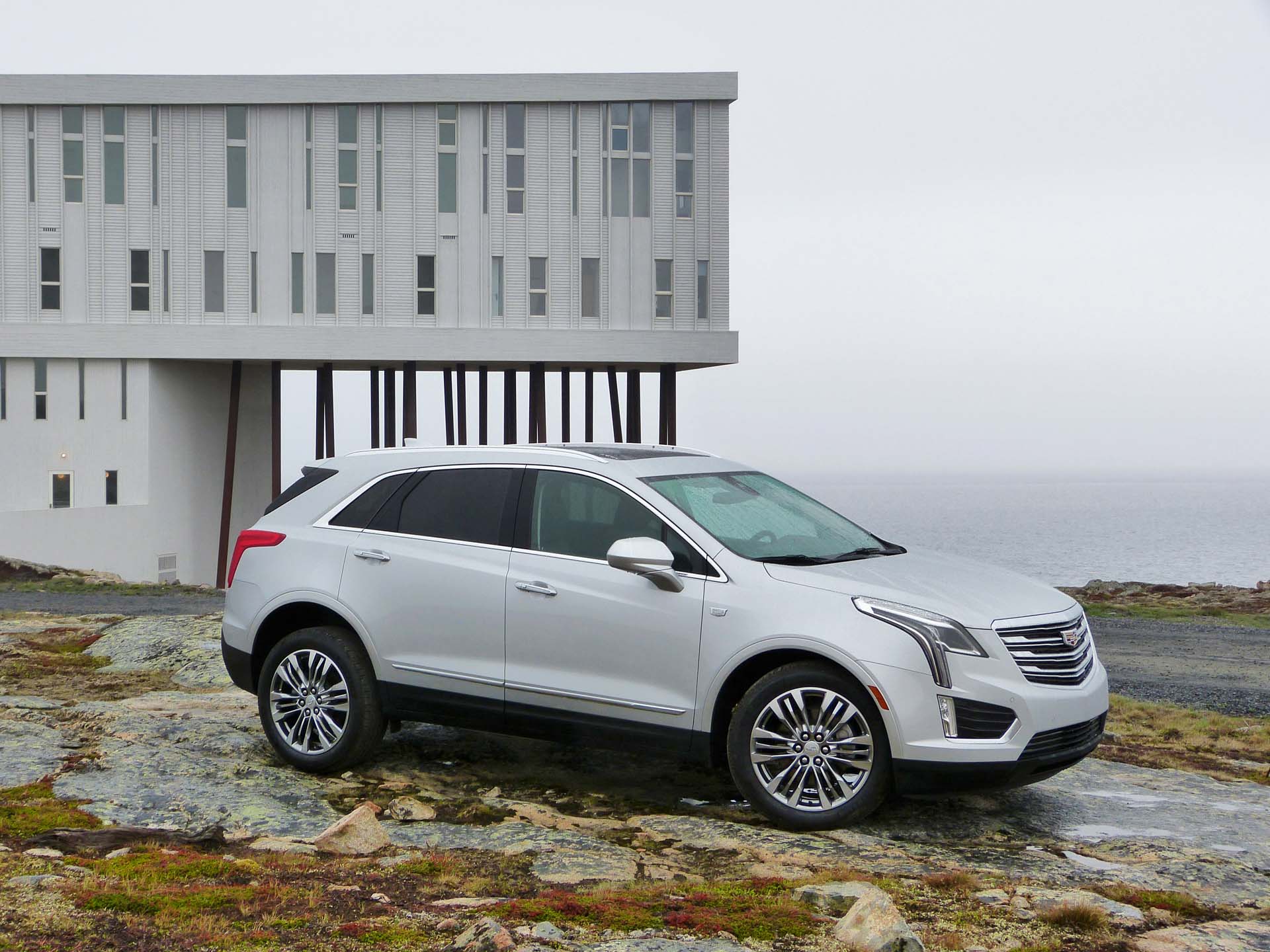 I actually visited Newfoundland twice this year; I went on a separate trip to Fogo Island in the spring that was worthy of rating as a top-five drive in its own right.

We arrived in May, when the crispness is just starting to fall out of the air and the icebergs are making their annual southward journey along the east coast. While test driving the new 2017 Cadillac XT5, a local tour guide sat in the passenger seat and showed us around the island.

Our guide was a local fisherman, writer and poet named Roy Dwyer. He took us through his home village of Tilting, pointing out the ravages of life on a rugged, windswept island: underused fishing jetties, worn and severely potholed roads, and houses left empty by young families leaving isolation in search of new opportunity. 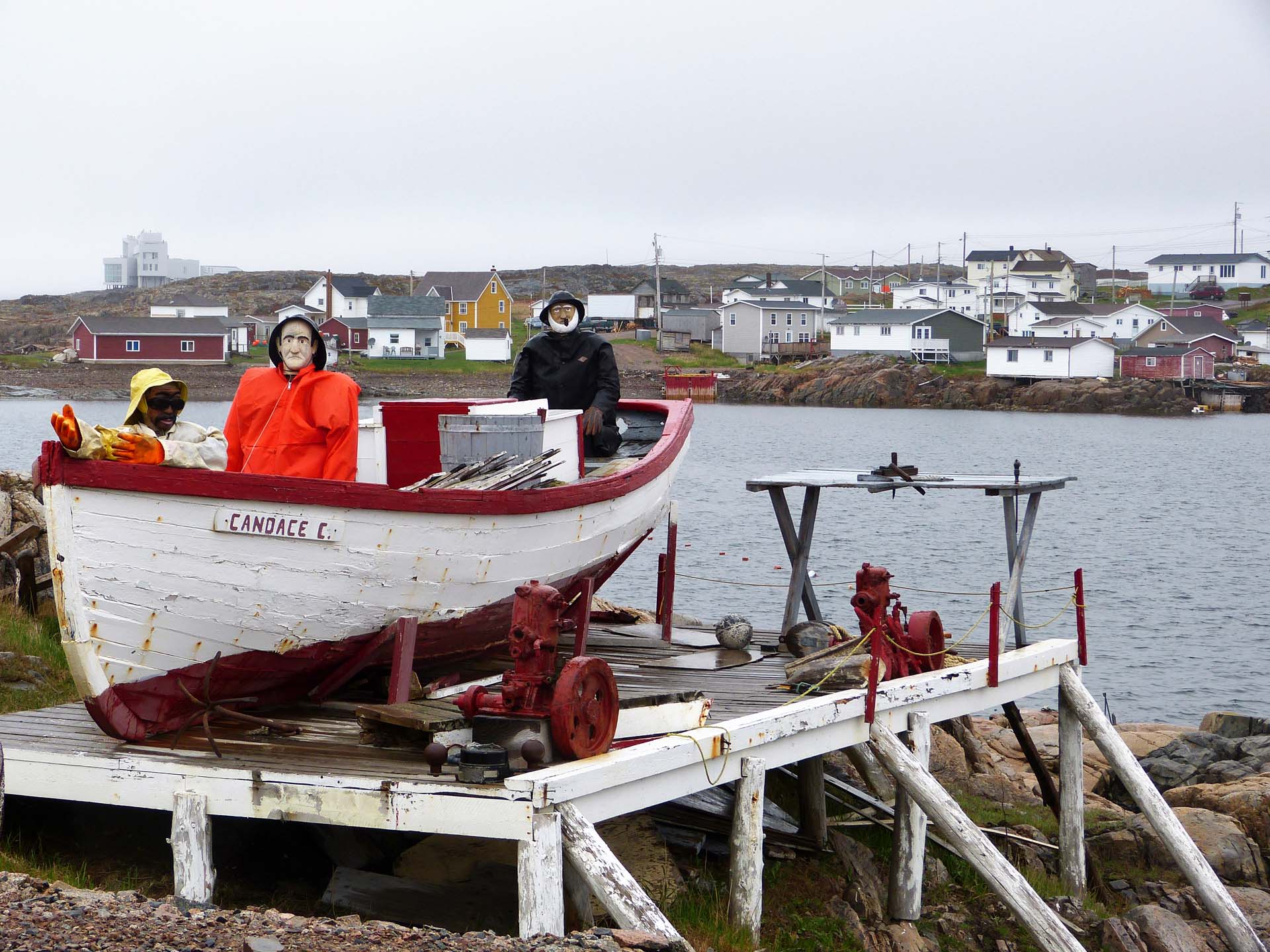 But he also pointed out the warm glow within what remains: the centuries-old tradition established by the town’s Irish founders to bring a Statue of St. Patrick out from winter storage each St. Patrick’s Day; the tireless dedication of the workers who have fought to remain in the fishing trade; and the immense transformation the island is seeing through the philanthropic work of Zita Cobb, an islander who made billions in the financial industry and returned to make Fogo a better place for its residents through the Shorefast Foundation and the establishment of the Fogo Island Inn.

We forget sometimes in the relative comfort of large cities how difficult life can be for the Canadians who reside on our country’s fringes. Seeing it first-hand, and observing how a little bit of vision is making a huge difference for this isolated community, was eye-opening on a life-changing scale.