Find of the Week: 1988 AM General Humvee

Canada is now settling into the near zero degree temperatures of late fall, but soon the ice and snow will be here. For many Canadians, that means it's time to put away the sports car and get out the four-wheel drive. Here at autoTRADER.ca, we want to help you with that transition. That's why our Find of the Week is a four-wheel drive this week. But not just any 4x4, this is what might be the ultimate 4x4. The 76 cm of water-fording, 60 percent incline climbing, PT Cruiser crushing HMMWV. That's right, a real-deal US Army surplus AM General Humvee.

The HMMWV, or the Hummer as it's become known, was designed to be the ultimate off-road vehicle for the US armed forces. The HMMWV name stands for "high mobility multi-purpose wheeled vehicle", and it was designed in the early '80s to replace the long-lived M151 Jeep. The Army needed a new truck to replace what they had been using since World War II, but they wanted it to be as long lived as the Jeeps. So in 1979 they developed a specification for their new rig, that was supposed to replace trucks ranging from 1/4 to 1 1/4 ton capacity. The specification wanted off-road performance, large payload, and ability to withstand enemy fire. 61 companies were interested including some of the world's leading armoured car builders, but only three developed prototypes and AM General was the eventual winner. 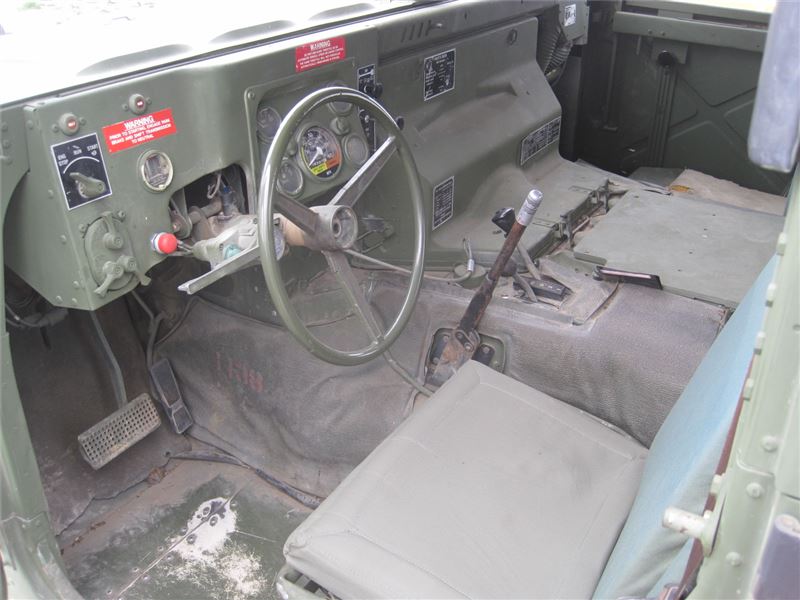 The original M998 Hummer was born. It weighed in at 2,400 kg, could carry 1,100 kg of stuff, and had a 6.2L GM diesel V8 with a three-speed automatic. The new truck was wide and had 41 cm of ground clearance. It looks massive but is only as long as a modern Ford Focus sedan. The axles aren't conventional axles but are portal axles. That means they have gears in the hub that lets the axles sit much higher than the center of the wheels. It increases ground clearance and protects important driveline bits to help rock crawling ability.

The Hummer entered into service in 1983, but the first time most people saw it was in the massive TV coverage of Operation Desert Storm during the 1990-1991 Gulf War. Jumping on the popularity, or notoriety, that it gained in that conflict, AM General began producing cars for the civilian market in 1992. But those models were altered for civilian duty. Smaller gas engines were installed, more comfortable interiors were fitted, and the prices climbed.

If you wanted the ultimate off-road vehicle, that's what you got. There were many celebrity owners, like Arnold Schwarzenegger, and during most of the '90s, it was a very look at me high-profile truck. But the high price and extra luxury vehicles reduced some of the off-road capability.

So people wanted the real-deal Army issue Hummer. But so did the US Army, which didn't put them up for sale. Until late last year, when they finally started coming up at auction. That means that almost anybody can buy a real HMMWV in the US. Naturally, some have started to filter their way north of the border. 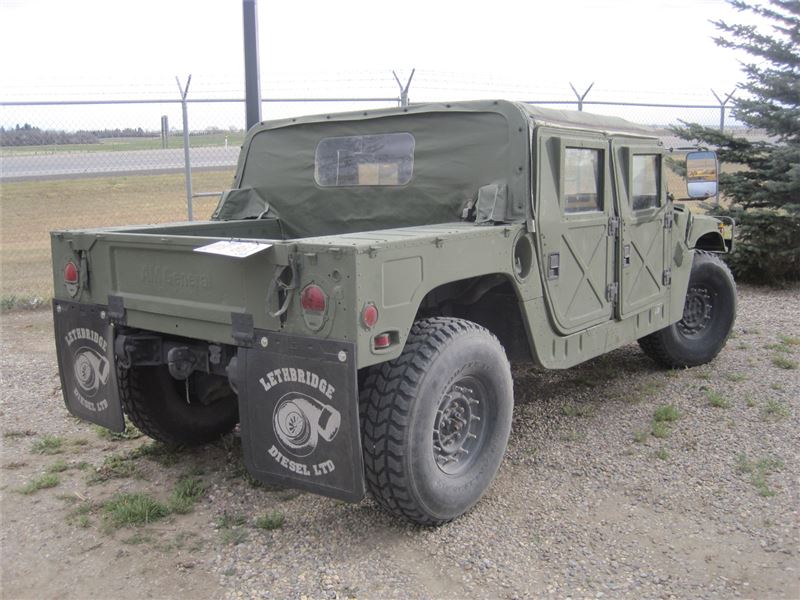 And we're bringing you one of them today. A 1988 AM General M998 HMMVW Humvee "Hummer". This one is a four-door with hard doors but a soft top for open-air off roading. There is only a little over 13,000 km on the odometer, so it hasn't seen much use in the last 28 years. This Hummer is green, unsurprisingly, and has only what you need to drive almost anywhere you want to go. Four beefy tires, four seats, four-wheel drive, no creature comforts, and the look and capability that has become legendary. The owner says that it is inspected and registered in Alberta. If you want to get through the worst of what winter has to offer, this should get you through it. Just maybe make sure you have a warm hat. And some gloves.

Here's the ad for this Humvee.