Ah, the road trip. It’s been romanticized for decades as the ultimate celebration of individual freedom and exploration. By road, you can go (almost) anywhere and do whatever your budget allows, seeing magnificent scenery and meeting interesting people all along the way.

Most traditional road trip fantasies feature shining sun and a convertible top peeled back, but hey, we’re Canadian, and we’ve never been ones to shy away from a little winter weather.

So, let’s fill up the washer fluid, pack the emergency survival kit and hit the road for a seasonally appropriate adventure. Just because there’s a bit of snow, doesn’t mean the road tripping needs to stop.

Here are three winter road trips on my wish list, covering everything from the affordable to the extravagant, and the vehicle I’d pick for each one.

Trip 1: Adventure on a Budget 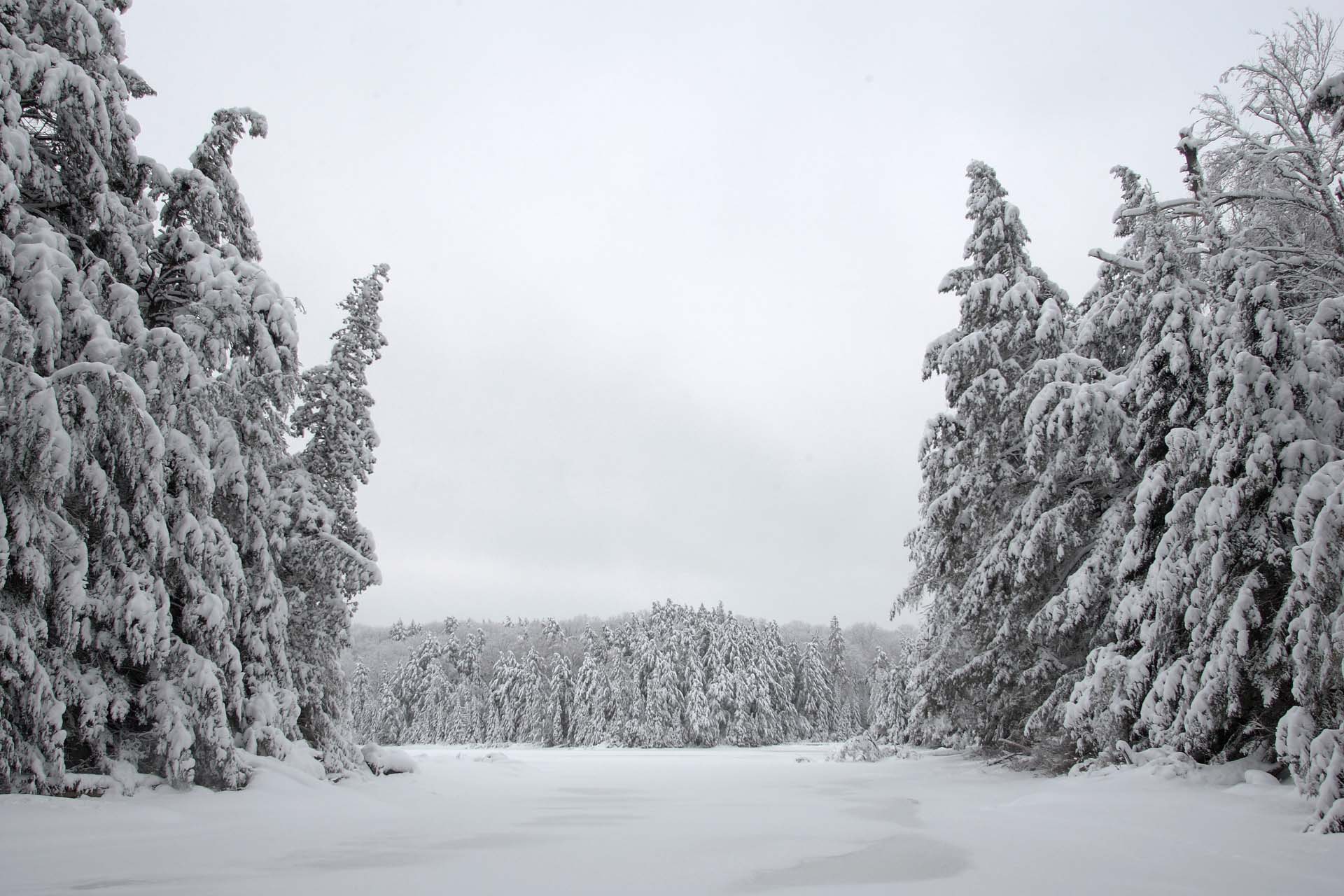 By the time you’ve reached mid-winter in Toronto, life can seem pretty bleak. You’ve already suffered a few months’ worth of cold, grey days, and a lot of slushy, salty roads; that is, if you’ve come up from the underground PATH system at all.

To offset the Seasonal Affective Disorder, a bit of sunlight and fresh air is just what the doctor ordered, and it can be done without blowing the whole year’s travel budget.

In less than four hours (traffic and weather-dependent of course), a seasonally affected Canadian can leave the noise and gloom of the big city behind in exchange for the unbelievable tranquility and serenity of Algonquin Park.

That’s right, you can enjoy Ontario’s most famous 7,600 square kilometers of Provincial Park goodness in the depths of winter. Better still, you can stay right out in the elements (or as close as is reasonable without succumbing to exposure) in a yurt. 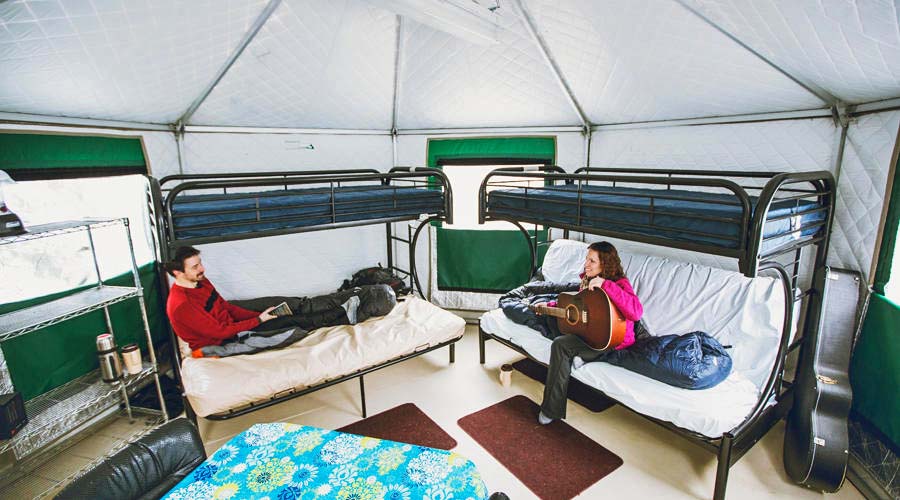 Mew Lake Campground in the heart of Algonquin Provincial Park offers rental yurts for less than $100 / night, requiring that you bring your own (very) insulated sleeping bags. With few yurts available, reserving well in advance is advised, and the upside to braving the elements is a relative lack of fellow campers and an abundance of wildlife and peacefulness to enjoy. 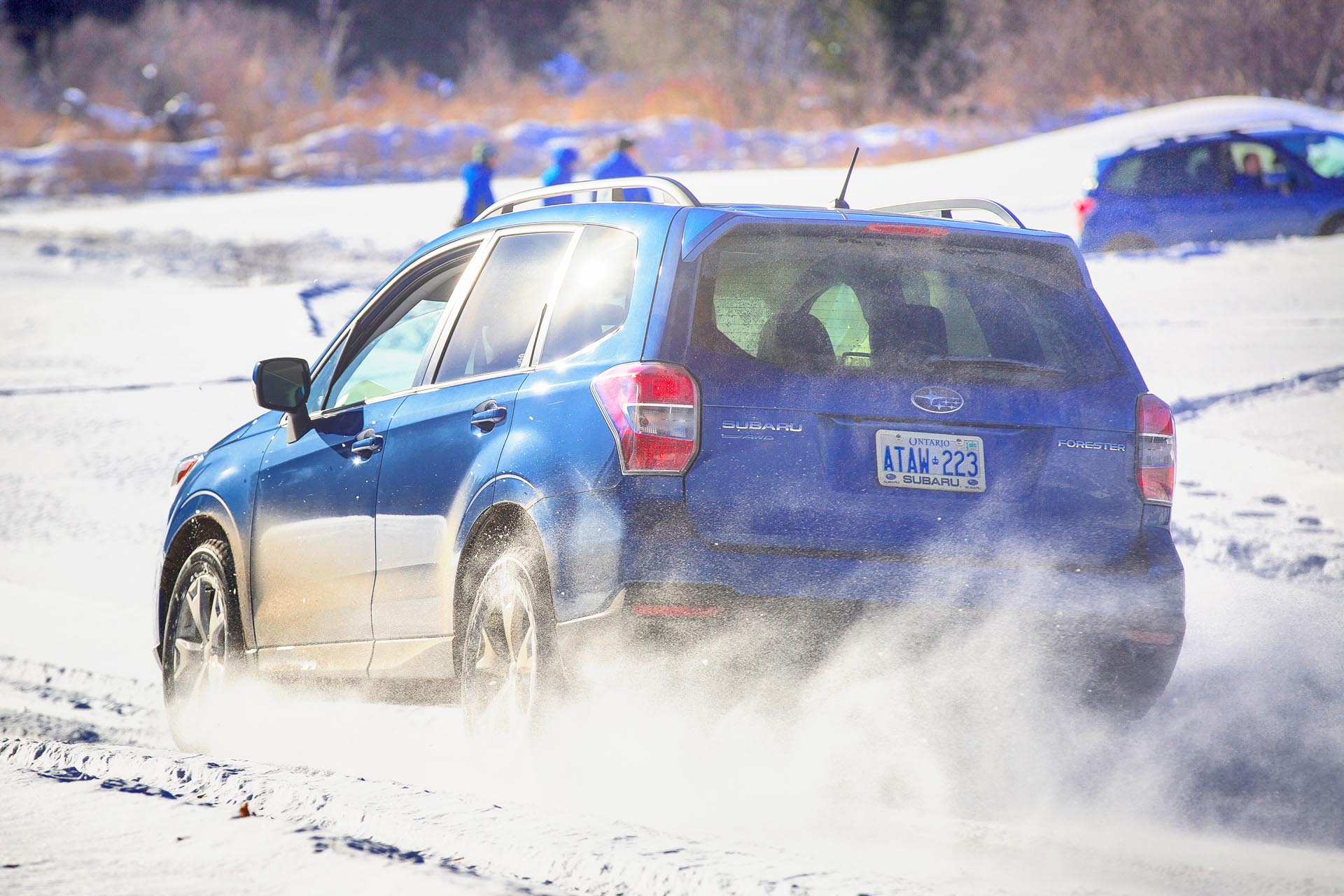 Winter weather can be unpredictable to say the least, and Central Ontario is no stranger to significant snowfall which means a vehicle that has decent ground clearance and a legendary all-wheel-drive system is a good choice.

Subaru has updated its 2017 Forester compact sport utility vehicle (starting at $25,995) to include a newer version of the company’s EyeSight safety suite including high tech goodies like lane-keeping assist, rear cross-traffic alert and adaptive cruise control. The top-shelf XT model – which shares its turbocharged engine with the sporty WRX – now gains an Active Torque Vectoring system that helps put the power to the ground during sporty cornering, suggesting that just because the Forester is practical, doesn’t mean it can’t be fun too. 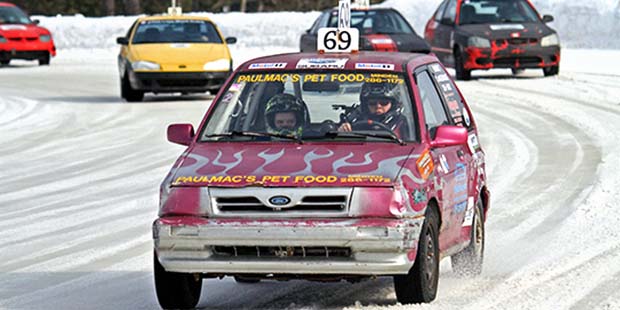 The roads leading up to and surrounding Algonquin Park are some of Ontario’s most enjoyable driving routes with rolling hills, sweeping curves and magnificent scenery. But en route to Algonquin from Toronto, one of the nicest paths travels through the town of Minden, Ontario, that hosts six Ice Racing events this winter at the Minden Fairgrounds. Even if you’re not up to participating in this exciting motorsports event, all that slipping and sliding makes for a great spectator sport.

Trip 2: The Pinnacle of Scenery 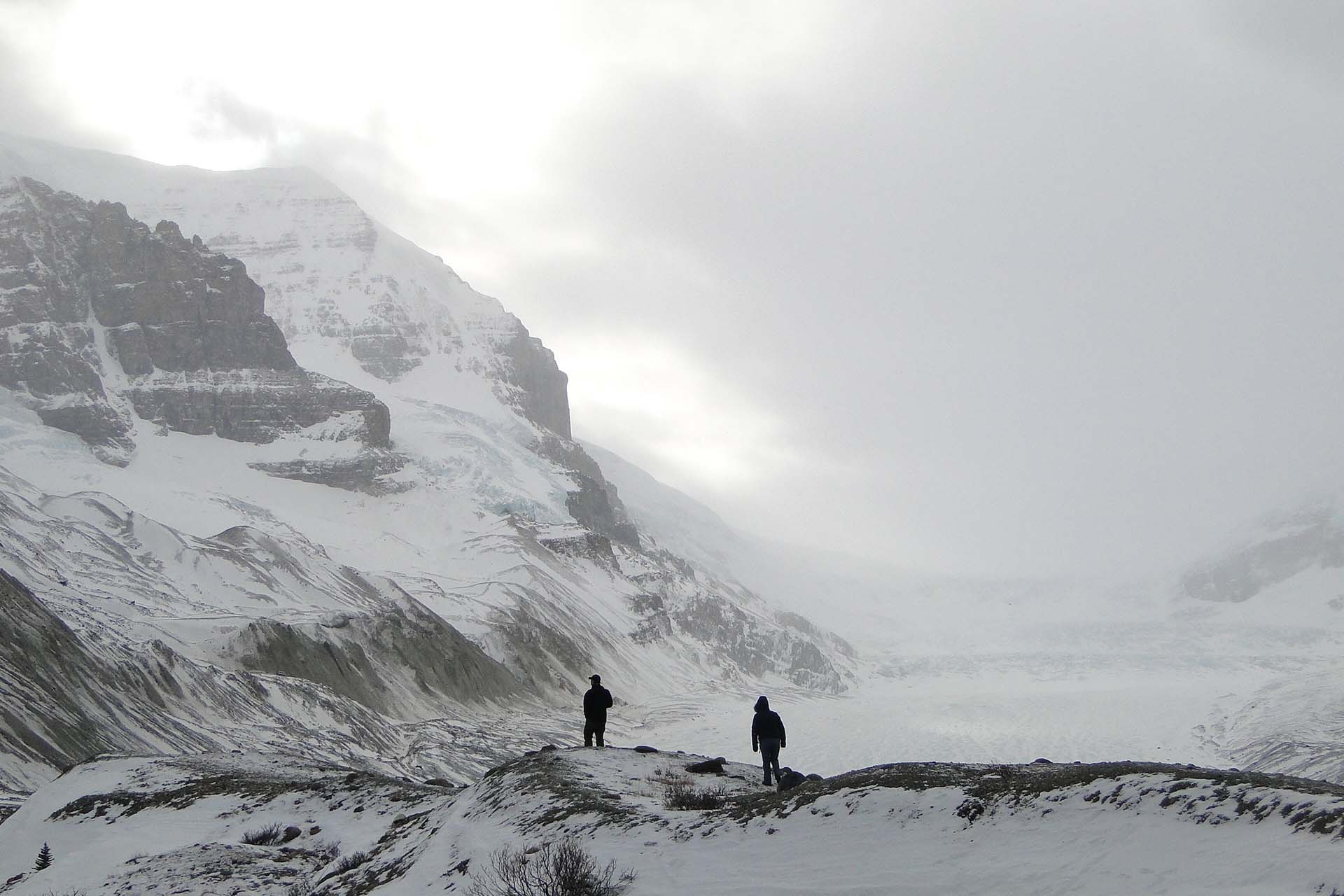 Albertans are pretty spoiled. Not only do they continue to snub the idea of a provincial sales tax, but they’re also blessed with some pretty awe-inspiring scenery. With the lower half of the western edge of the province riding through the middle of the Canadian Rocky Mountains, there’s a fantastic opportunity for a picturesque road trip, no matter the season.

The drive from Calgary to Jasper National Park takes around five hours on its most direct route that allows the majestic mountain range to grow before a traveler’s eyes while driving west. Then once in the Rockies, the views only get better with frequent wildlife encounters and the towering peaks casting long shadows during the short winter days.

This journey would simply not be complete without a stop in Banff and then passing through the Columbia Icefield before arriving in Jasper. 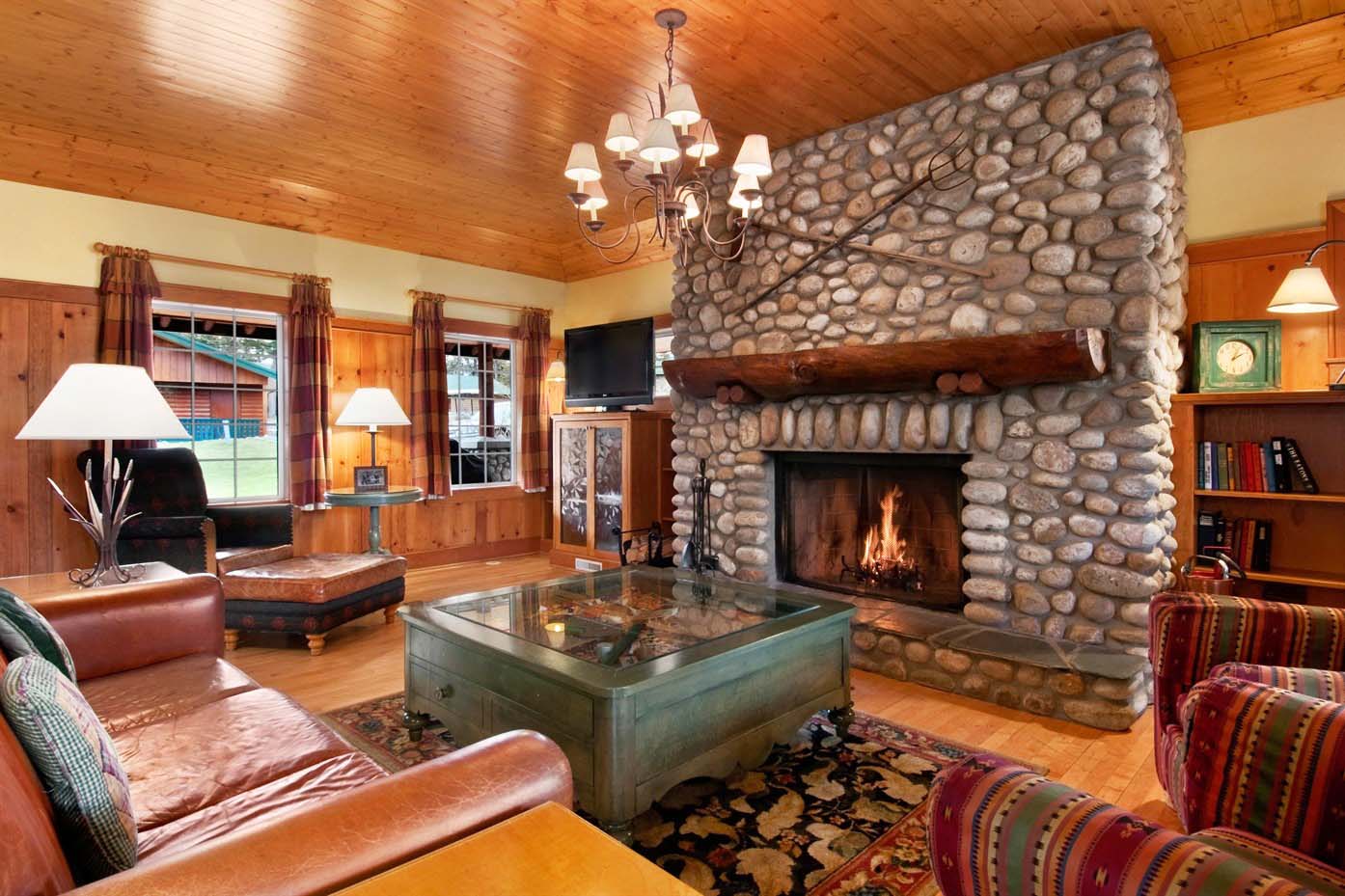 A wild, beautiful and rugged place like Jasper offers near-limitless opportunity for outdoor adventurers. But even if ice climbing, snow-shoeing and skiing aren’t your thing, simply staying amidst the glory of the mountain landscape at the Fairmont Jasper Park Lodge makes it well worth the trip. Being a Fairmont, visitors can expect excellent food and service, but the opportunity to rent classic log-walled cabins provide a balance of luxury and rustic charm appropriate for the setting. 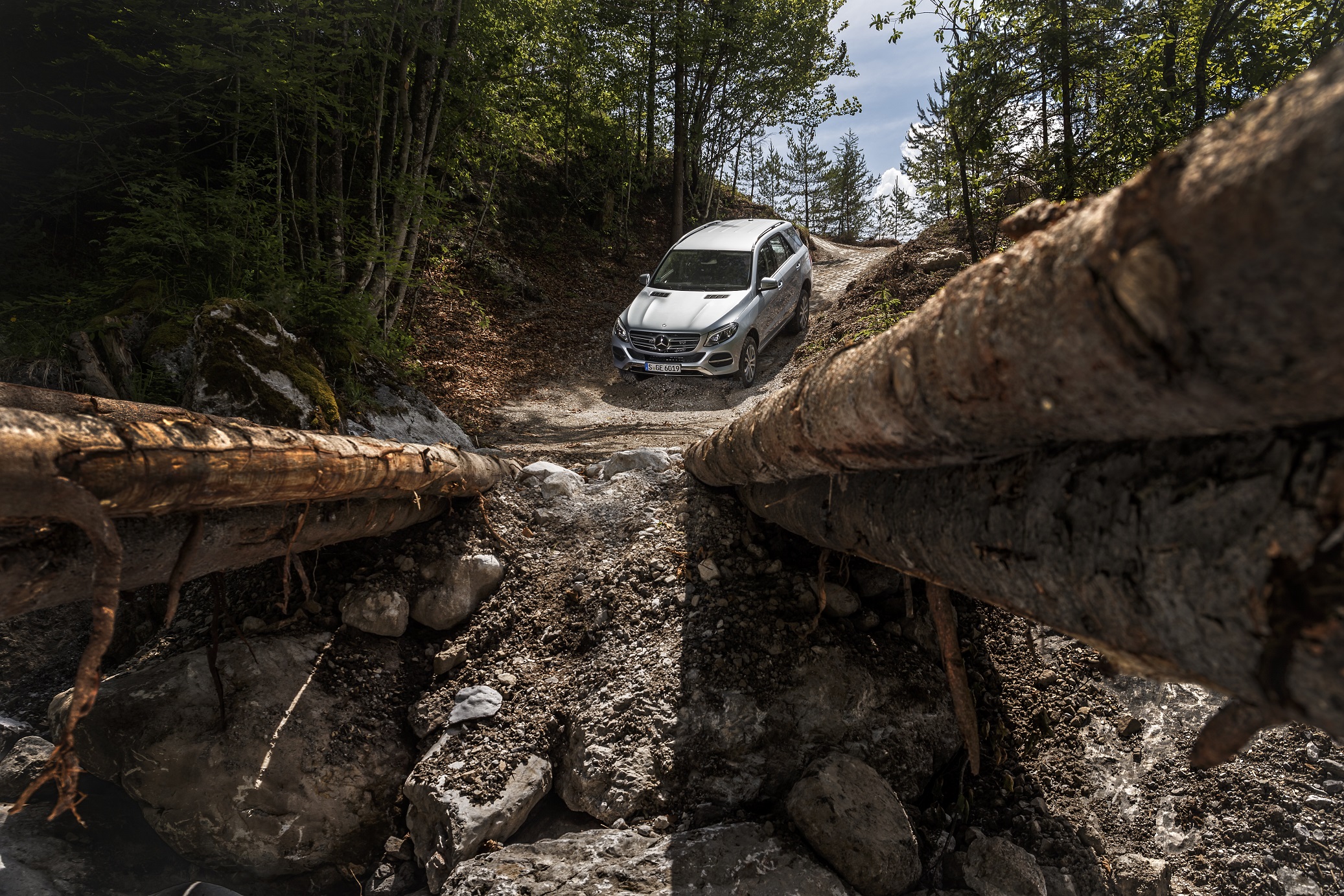 Crossing mountain passes in the heart of winter is not something that should be taken lightly. There are significant stretches of remote highway between Banff and Jasper that can face pretty severe weather conditions. Having a solid and comfortable vehicle that’s capable of tackling the snow and ice makes good sense. Having one that also has remarkable range per tank of fuel is an even better idea and the 2017 Mercedes-Benz GLE 350d offers all of this.

The mid-size Benz sport utility vehicle has enough room for four travelers and their luggage to make a great weekend getaway to Jasper, plus the diesel engine is not only torquey, but miserly with its fuel consumption as well, allowing for impressive range per tank.

Throw in the Benz’s heated seats and steering wheel, a great sound system and solid build quality and the GLE 350d makes a compelling case for this trip. 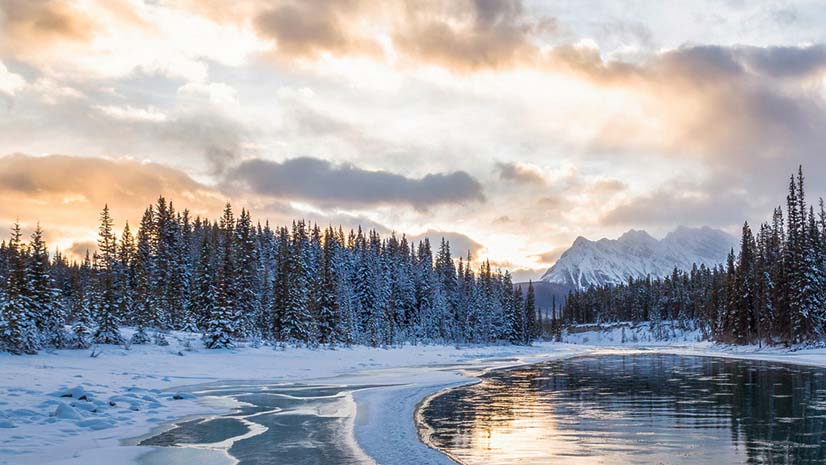 It’s well-known that the jagged peaks, glacier fields and azure-blue mountain lakes found along the route between Banff and Jasper make for postcard-quality scenery, but the winding and undulating road also makes it one of the most enjoyable drives. Even with cautious speed, the appeal of this route to any motorist is pretty much a no-brainer. 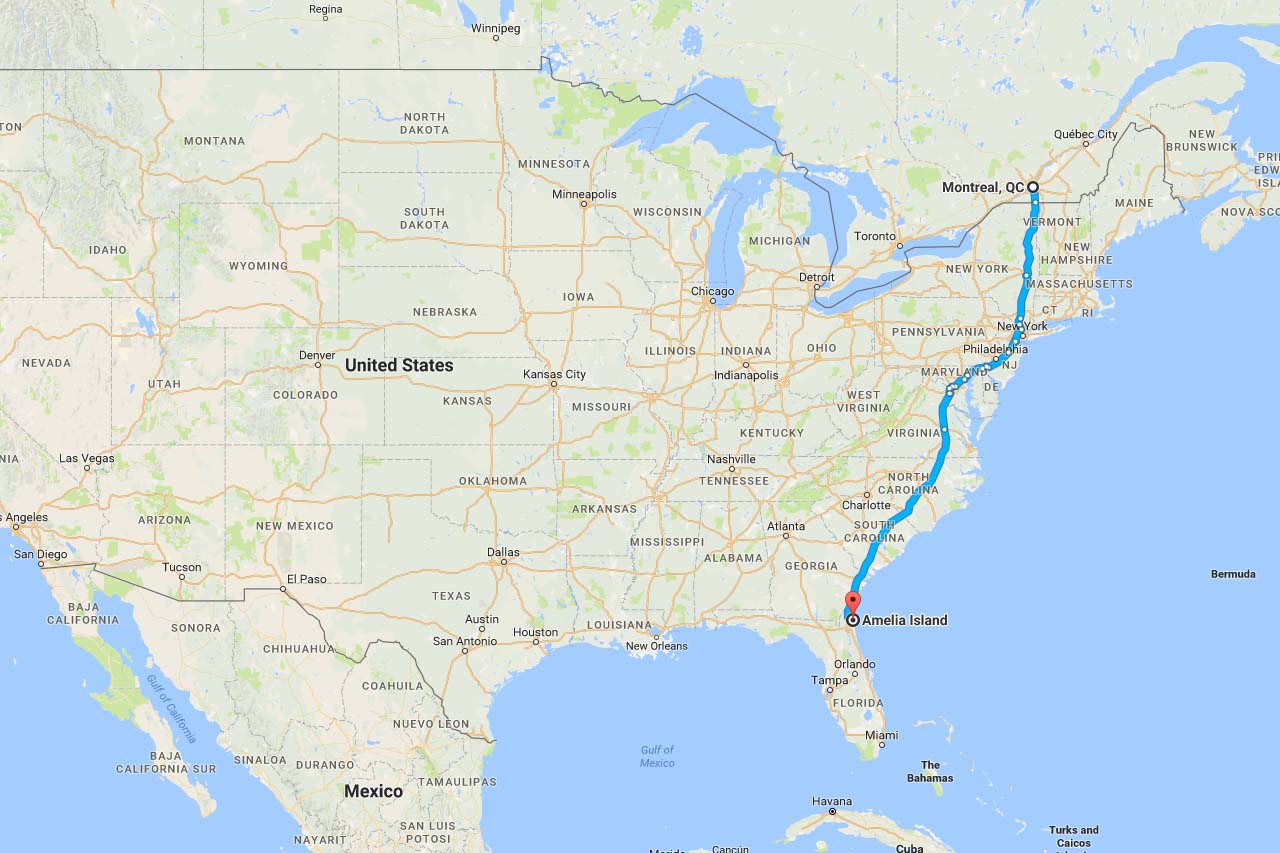 Let’s face it, even real Canadians can grow weary of the cold and snow at some point and that’s why hundreds of thousands of Canuck snowbirds head south every winter. For generations, residents of the eastern half of our great nation have made the pilgrimage south to Florida, often doing so by car.

If departing from Montreal, the shortest route follows mostly Interstate 95 and will have the driver skirting nearly every major US city along the Eastern Seaboard. New York, Philadelphia, Baltimore and Washington are all passed before heading into more rural and Southern States. This means that while you could make the journey in around 19 hours straight, those with the time (and means) to stop along the way can enjoy some of the finer points each of these world-class cities has to offer. But there’s more: Hilton Head, South Carolina, is en route and is renowned for its golfing. Historic Savannah, Georgia, with its roots dating back to the early 1700s, is also a must-see for its beautiful architecture and Southern Hospitality.

Travelling only as far into Florida as Jacksonville (situated at the northeast corner of the state), means avoiding the kitschy tourist meccas of Orlando and Miami, and saves some time on the trip. And those golfers who revelled in Hilton Head will also appreciate nearby Amelia Island’s links. 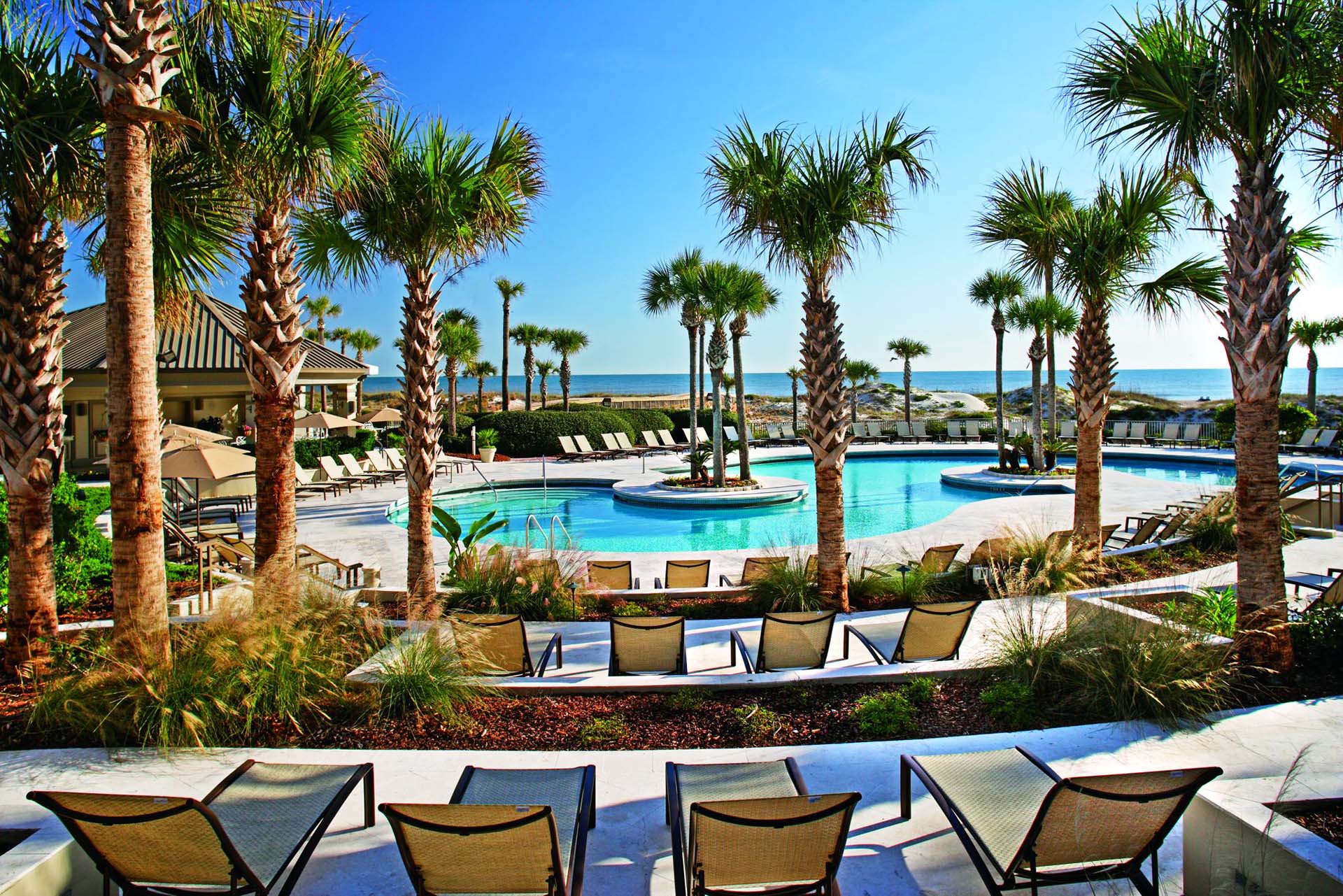 The obvious choice is to book an ocean-view suite at the Ritz-Carlton Amelia Island, but a good road trip is nothing without a bit of adventure. For those who agree, AirBnB lists several properties along the beachfront, many as little as $700/night that will afford you greater privacy and a private garage in which to lock your car. 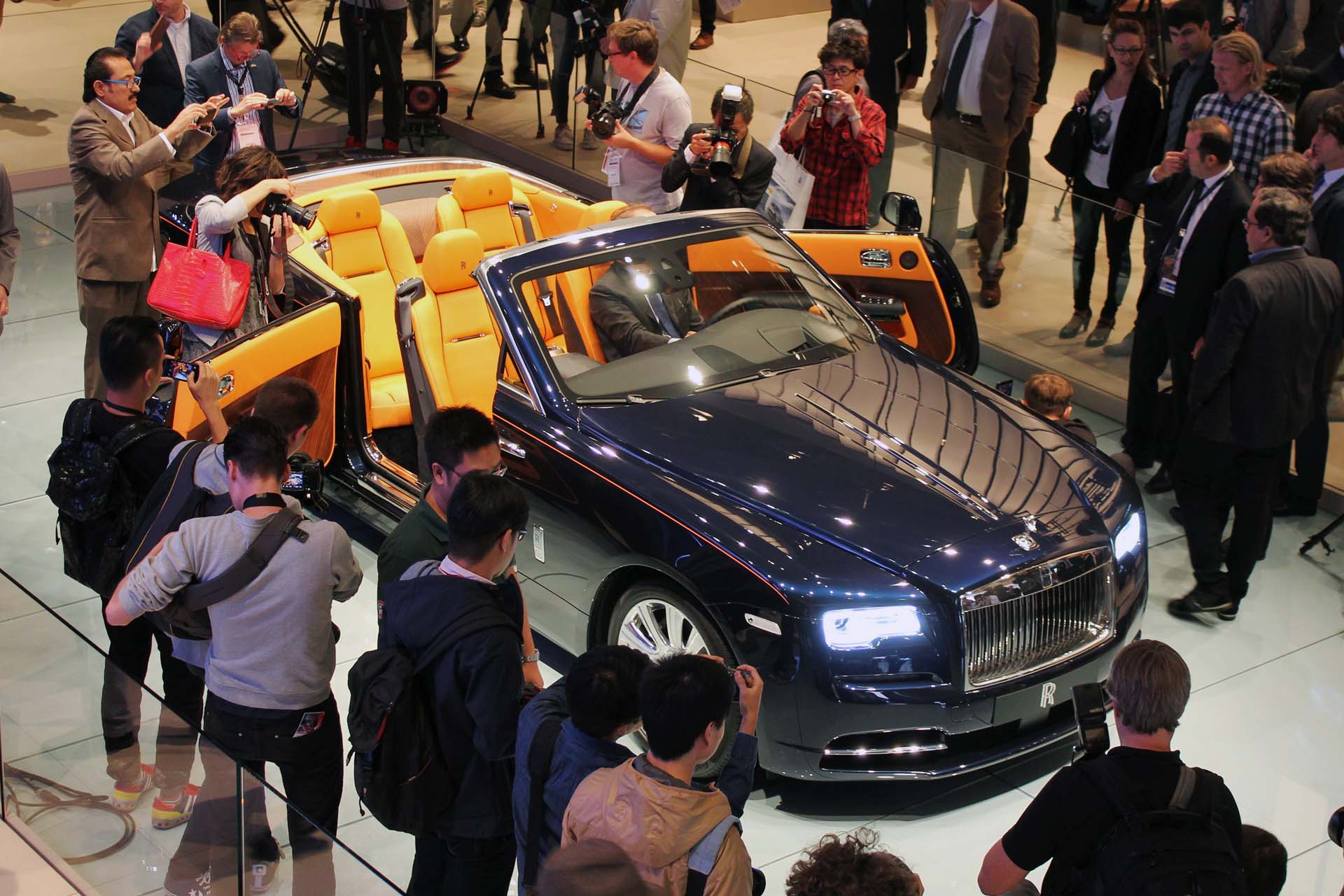 When money is no object, a bit of extravagance is in order. The Rolls-Royce Dawn – the half-million-dollar convertible – will waft passengers along the freeways and sea-side highways without so much as breaking a sweat. That’s what a twin-turbocharged 6.6 L V12 engine will do (especially when it dispenses with 563 hp and more than 600 lb-ft of torque). For the stops at the toniest hotels in New York, Philly and Hilton Head, the valets will be all too happy to keep the Roller up front and close by.

A convertible for a winter road trip? Well yes, when the six-layer top of the Dawn is up, it’s bound to be cozier and more serene than many plebeian hard tops.

Sorting through all the options and ordering your own new Dawn could take some time. For the impatient, there are some already awaiting this journey, like this example found on autoTRADER.ca 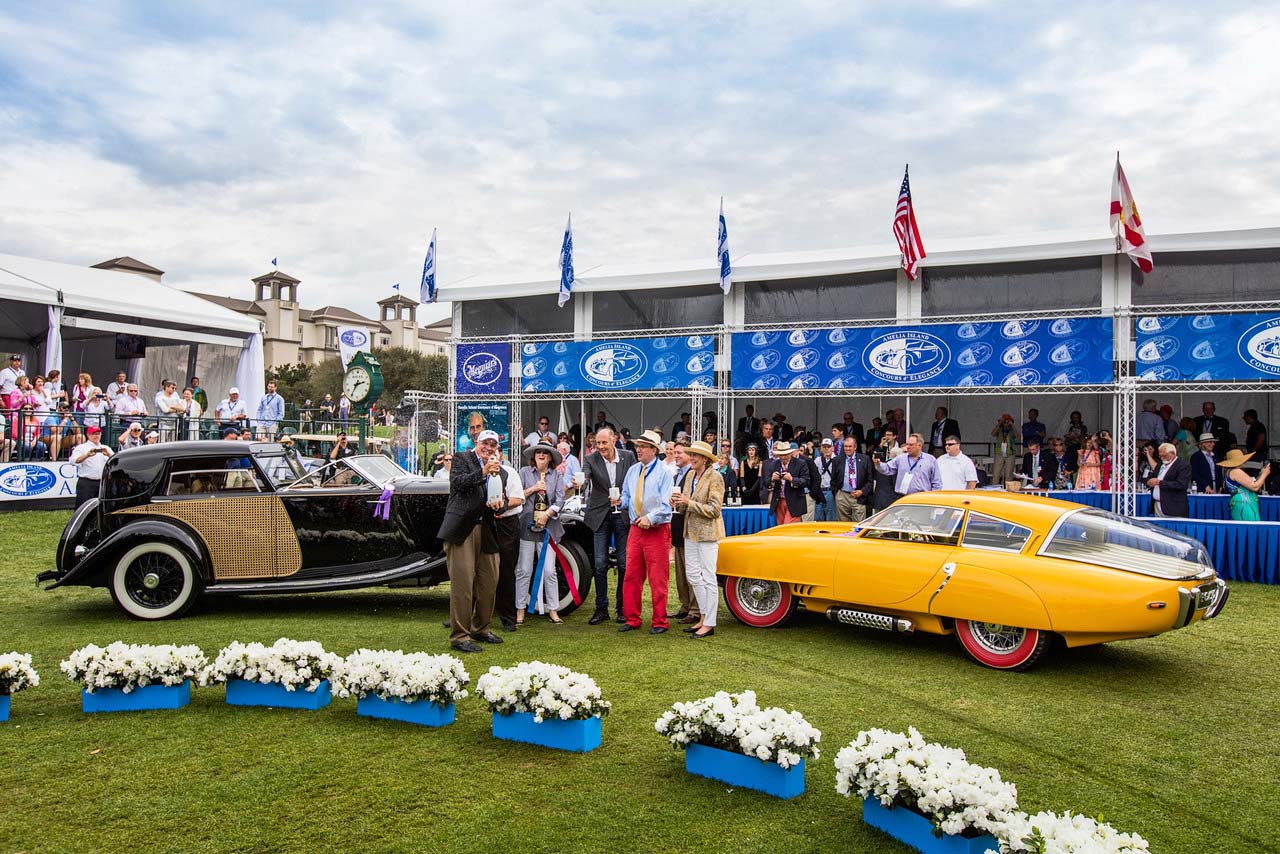 Florida is not exactly known for its driving roads. Mostly flat and straight, it isn’t the sort of place one goes looking to enjoy a spirited mountain drive. Still, it isn’t all about Mickey Mouse and Alligator Alley either, there’s a heck of a lot to draw drivers and motoring enthusiasts to the Sunshine State. While the legendary Daytona 500 has its own considerable appeal, there’s another, perhaps more dignified event for discerning drivers of means and taste.

With vehicles presented worth many millions of dollars, it’s very likely visitors will come face-to-face with machinery they may never see again.

And in case you needed one more justification for choosing the Dawn on this road trip, last year’s Best in Show winner was a 1930 Rolls-Royce Phantom II, putting your ride in very good company indeed.

These are just three trip suggestions from the humble to the humbling, but the reality is that road trip possibilities – even in the winter – are nearly limitless. The same passion-fueled adventure that makes a road trip so worthwhile knows no season. So make sure you’ve got some good winter tires, top up the fluids and hit the road for your own adventure.