The Chevrolet Bolt capped off an award-filled week by winning the Green Car Journal’s Green Car of the Year at the LA Auto Show this morning. The ground-breaking all-electric car has also won overall Car of the Year honours from a number of well-known publications, ahead of the first consumer examples landing in Canada.

“We're witnessing a historic moment,” said Ron Cogan, a former Motor Trend editor who started Green Car Journal way back in 1992, when there were very slim pickings in the market. “The Bolt is the first affordable EV to break the 200-mile barrier.”

Cogan likened the Bolt’s potential to that of the electric starter, which made gas-powered cars more appealing and convenient to consumers, pushing early electric vehicles and other early versions of the automobile towards gas-powered internal combustion engines. 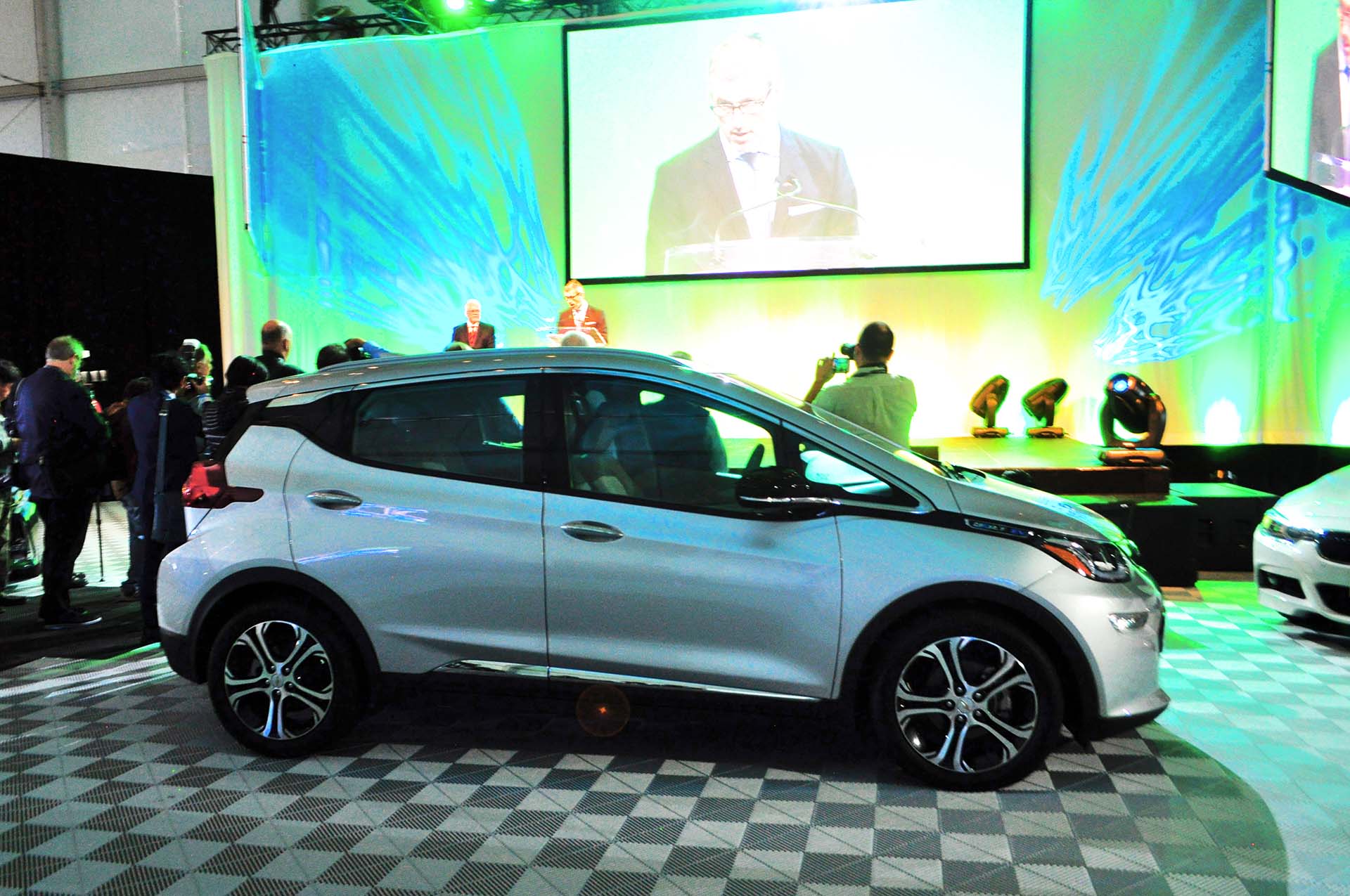 The Chevrolet Bolt is rated for a maximum range of 383 km, pushing close to Tesla's range territory, for a price that will start at $42,795 in Canada, or about half the starting price of a Tesla Model S sedan or X SUV, though it is admittedly much smaller and less luxurious than either.

“It's been a great week for the Bolt, with the Motor Trend Car of the Year, Car and Driver 10 Best recognition, and now this award, which frankly we’re most proud of,” said Steve Majoris, GM’s marketing director for cars and crossovers in the US. “With the Volt winning last year and the Bolt this year, we’re happy to see Chevrolet getting the recognition across the industry as a green car leader.”

The other finalists for the award included the Chrysler Pacifica, Toyota Prius Prime, BMW 330e plug-in hybrid, and Kia Optima, all of which offer a standard or optional plug-in powertrain.