In addition to showing off its new Panamera 4, Executive and E-Hybrid models on the auto show floor in Los Angeles, Porsche also took the cover off its newest 911 RSR that will compete in 19 races in the 2017 season between the World Endurance Championship and the IMSA WeatherTech Championship here in North America.

Every aspect of the car, from the body structure and chassis to the engine and transmission, have been completely redesigned from the ground up. 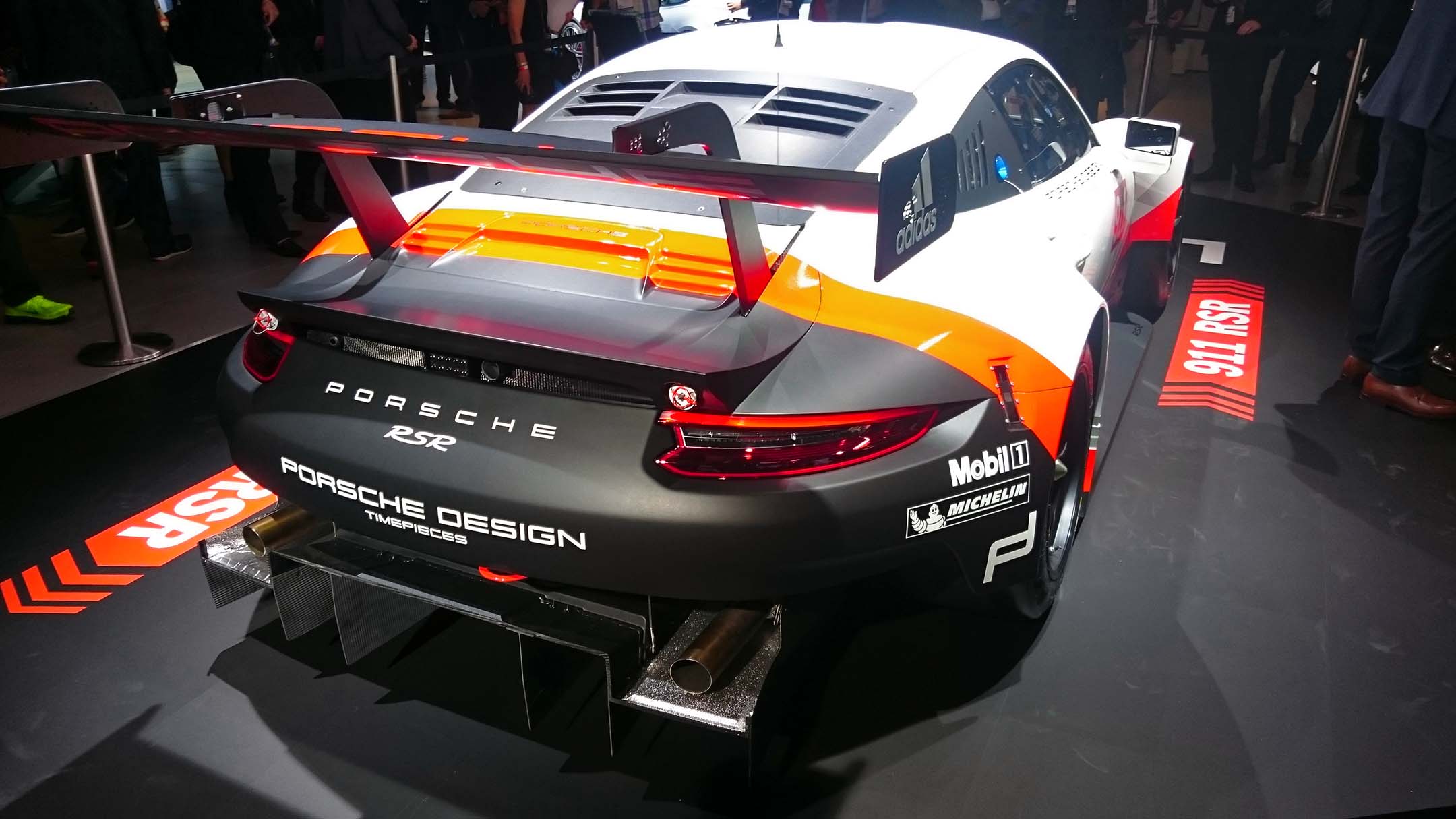 The new GT3 regulations have allowed the new RSR to be mid-engined, which gave room for two significant developments: the rear diffuser is larger and the rear wing now takes its mounting style from that of the Le Mans-winning 919 Hybrid. The result is significantly improved aerodynamics to go along with the all new six-cylinder boxer engine that produces more than 500 horsepower.

Since Porsche had been struggling this season against the brand new Ford GT and the Corvette C7.R, how the new 911 RSR will step up in comparison to its predecessor will make for one of the most significant stories as the next GT racing season gets under way.

The newest 911 RSR will makes its competition debut at the Rolex 24 Hours of Daytona in January.