Former Toronto Maple Leafs captain Wendel Clark was a rock star on and off the ice. Known for bleeding blue and white, the Leafs legend played 13 of his 15 NHL seasons with Toronto. He also had brief stints with the New York Islanders, Detroit Red Wings, Chicago Blackhawks, Tampa Bay Lightning, and Quebec Nordiques. In 2000, Clark hung up his skates at 33. But he’s still as active as ever – he owns a restaurant chain and a Meineke Car Care Centre. His schedule is jam-packed with a national tour to promote his new book, Bleeding Blue: Giving My All for the Game, and numerous speaking engagements, including one at The Gentlemen’s Expo in Toronto on November 12, 2016. To get to that event, Clark will be driving his own wheels: a 2014 GMC Sierra Denali crew cab truck. He also owns a 2017 Cadillac XTS sedan, which his wife usually drives.

WC: “No. They’re all good trucks. My truck is great, especially after putting a lift kit on it. It’s a half-ton and it drives like a three-quarter ton. They drive so well now versus when I used to put lift kits on when I was a kid. There’s something about sitting in a truck versus a car on a highway. But I moved from a farm to downtown [Toronto] and I have a tough time parking.” 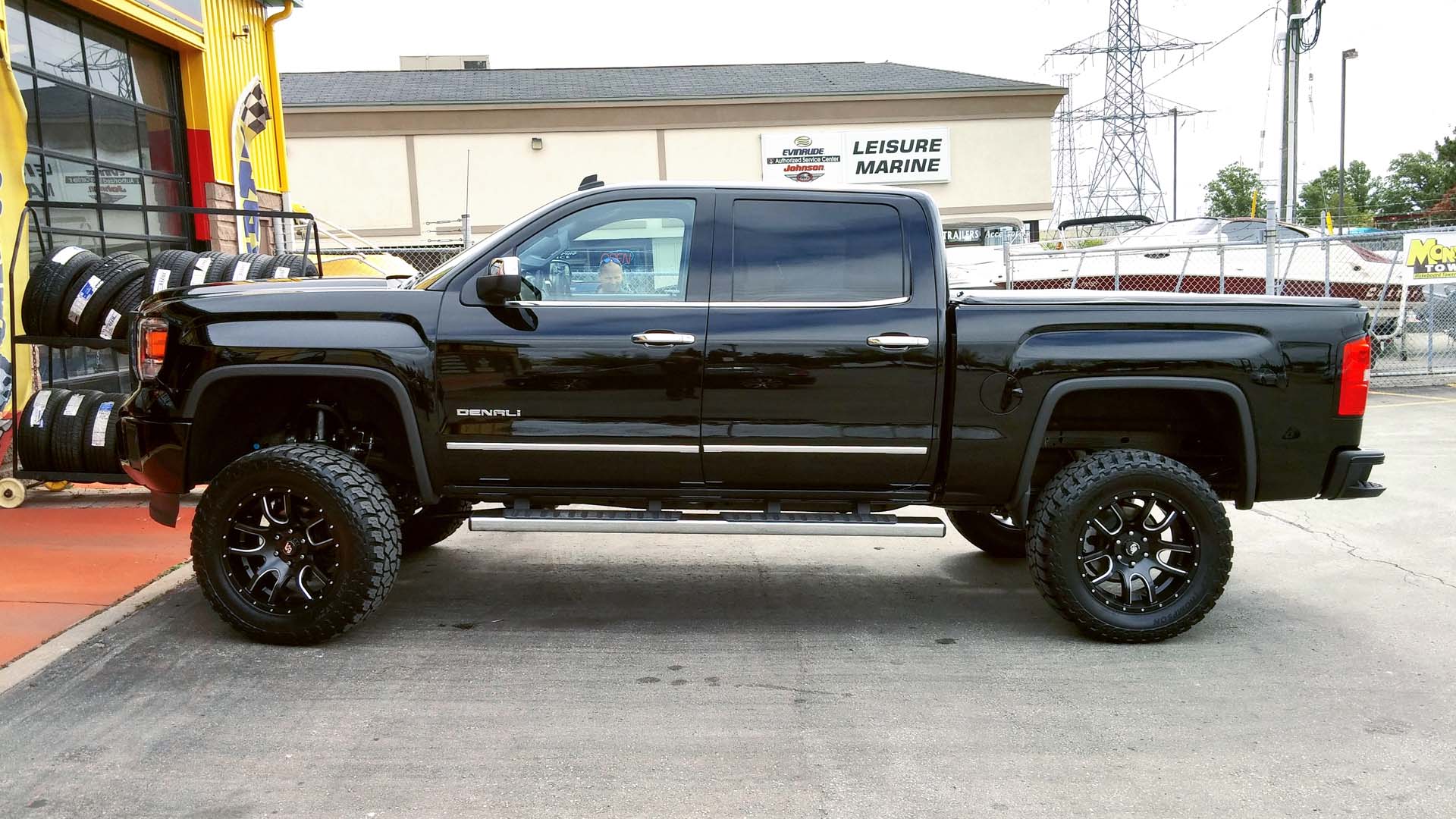 PG: “Have you always been a car/truck guy?

WC: “Yes. I love vehicles. My kids bug me because I’m online looking all of the time at vehicles – whether it’s cars or trucks, I’m always looking. I always say it’s cheaper than buying it. There are a few dealerships in town that get sick of me test driving and never buying.”

PG: “Do you ever surf autoTRADER.ca for vehicles, too?

WC: “I have. But I don’t think I’ve ever bought anything. My dad has done a lot on autoTRADER, buying farm equipment out west.”

WC: “First car I ever bought was a 1986 Monte Carlo SS – the big two-door. I got it and then I left it at home. Because I lived downtown I didn’t drive as much so I left it parked at home thinking it wasn’t going to get driven. But my parents were driving it all winter – they were going from Kelvington to Saskatoon to see my younger brother play for the Blades. It was the highway car. I got home and there were a whole lot of miles on my car!

“And then my brother had it after I did. He had it when he was playing in the minors in Phoenix. He got the car stolen. They found the car in New Mexico and got it back again. We couldn’t get rid of that car! The car had stories even after I owned it.”

PG: “When you landed your NHL contract did you treat yourself to a new car?”

WC: “No. I rented a car my first year. I ordered the Monte Carlo after Christmas and got it a week after the season ended. That was my first car.”

PG: “During your NHL career did you ever splurge on a fancy sports car?”

WC: “I had a ’69 Corvette. I restored it and sold it. I had a Shelby Cobra, a replica of the old style, and then I got traded to Quebec. I bought a car trailer for it for its own garage, but then it was getting to be a hassle because I kept getting traded. I had nowhere to keep it and no home base so I ended up selling it. Those were my two sports cars. The rest is pretty much trucks. I’ve tried cars, but I’m a truck guy. I had a Maserati Quattroporte – I only owned it for a month. It was parked and nobody would drive it because it was too nice. My wife wouldn’t drive it so I sold it.” 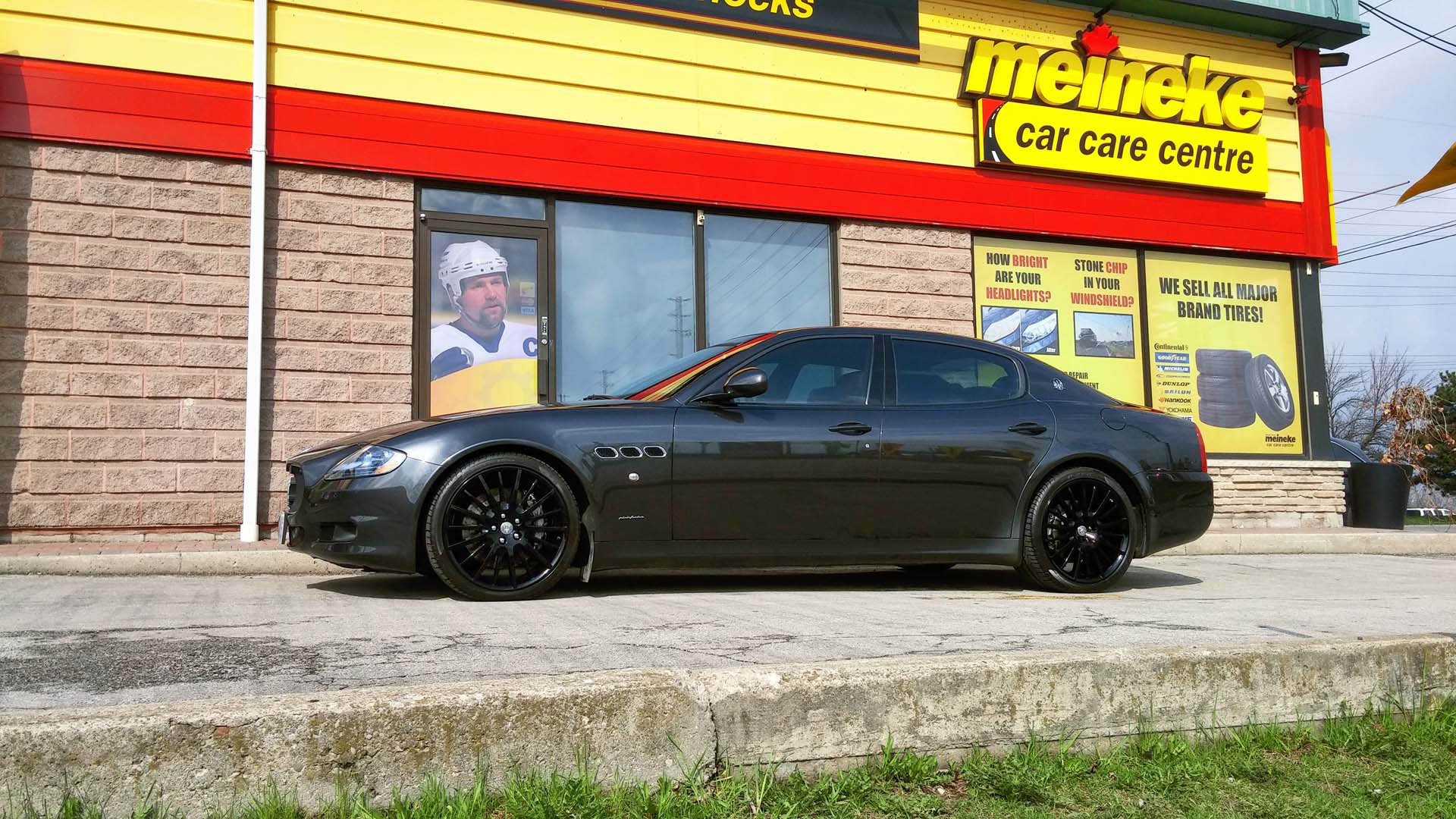 PG: “You must have lost big bucks on it?”

WC: “No. I bought it used. You never buy those cars new. If I could buy cars that would be my worst habit – flipping vehicles. And not necessarily expensive vehicles – a Ford truck, a Camaro – just ’cause I like cars and vehicles. But you don’t make any money doing it – that’s why I don’t do it.”

WC: “Ottawa to Toronto in three-and-a-half hours. I drove from Toronto to Kelvington [Saskatchewan] in 24 hours. Any time after midnight I was going really fast.”

PG: “You must have been nabbed for speeding?”

WC: “Oh yeah. Sometimes I get off. I got stopped once when I was building my cottage up north 10 years ago. I actually got stopped two weeks in a row by the same cop. He stopped me in the same spot, hiding behind a snow bank at a turn when I was flying up to meet the construction guys. He goes, ‘Don’t you know I’m sitting here?’ He let me off the second time – first time, he didn’t. But I got it knocked down to no points.”

PG: “What do you listen to when driving?”

WC: “I listen to country western music. You don’t want to hear me sing – the windows would fog up.”

PG: “If you could add another vehicle to your garage what would it be?”

WC: “A muscle car. A new version of the Dodge Challenger SRT Hellcat. The Hellcat reminds me of the SS. They don’t make a convertible, but a convertible Hellcat would be my perfect car. There’s only one in the States – a guy did the chop on it, but it’s $140,000.”