British sports car companies have always had a very turbulent history. New models bring them up, and a lack of reliability, money, and building the same car for far too many years bring them back down. Colin Chapman's Lotus Cars has gone through this boom and bust cycle more than most. Since the company's founding in 1952, there have been multiple near bankruptcies and five owners in the last 35 years.

But despite the financial troubles, Chapman's ethos of "simplify, then add lightness" continued in the company's cars through the years. Starting out with a series of cars built for privateer racers, then soon after entering Formula 1, then moving through a series of lightweight sports road cars. Chapman and Lotus popularized the monocoque chassis in F1, and their Elite sports car was one of the first production cars to be made from a composite (fibreglass) monocoque chassis.

As driver's cars, the roadgoing Lotuses were a far cry from most of what was available at the time. Fibreglass bodies, advanced suspensions, dual-cam engines, and light weight all made for cars that could drive circles around the average car from the 1960s and '70s. The Lotus 7, originally produced in 1957, is still being built today by Caterham, who bought the license in 1973. 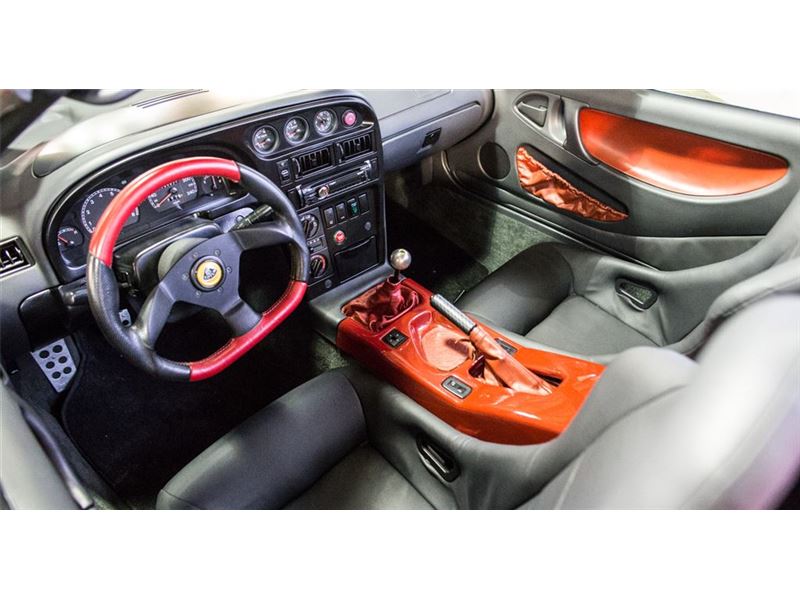 In the '80s, poor sales lead to Lotus agreeing to do design work for other manufacturers. This lead to Lotus helping to develop the Toyota Celica Supra. They also developed the Delorean DMC-12 chassis. This gave them some much-needed cash. With that money, and new ownership from General Motors (you may recall Isuzus with a "Handling by Lotus" badge in the late '80s), development of an all-new sports car to sell alongside the now long in the tooth Esprit.

Launched in 1989, the Lotus M100 Elan was that sports car. It was a two-seat convertible with an Isuzu driveline, a fibreglass body, and front-wheel drive. Front-wheel drive? In a sports car? According to Lotus, "a front wheel drive design is always faster over a given course if you compare two chassis with the same weight, power and tires." With light weight and a 1.6L four cylinder engine delivering just 162 hp, torque steer wasn't an issue and the car was an excellent handler. Contemporary road tests called it one of the best handling front-wheel drive cars ever made.

Unfortunately, there were some problems. First, it was expensive. The MSRP in the US was nearly $40,000. It was launched at the same time as the Mazda Miata. The Miata was a better British sports car and was only $14,000. It was also launched in a depression, which did not help the high price. Production ended in 1992 after building only 3,855 cars. 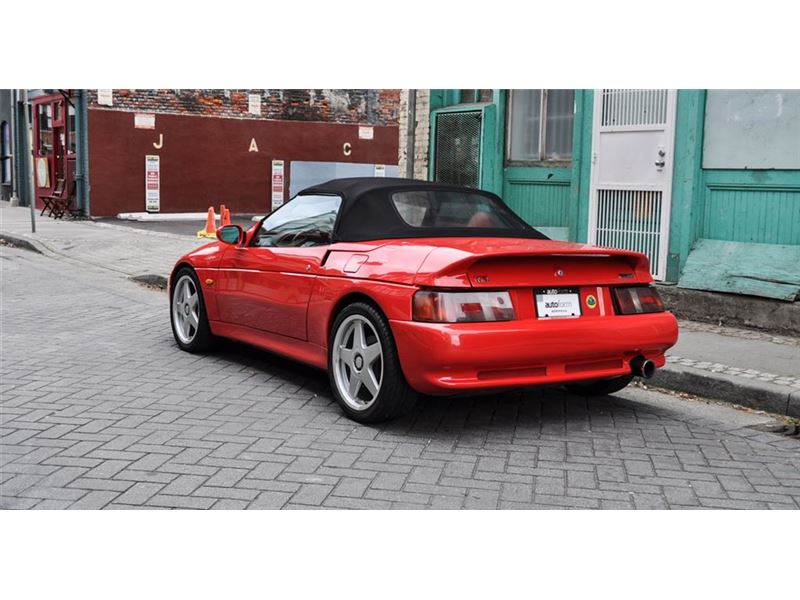 In 1994, under new Lotus owner Romano Artioli (who also owned Bugatti at the time), it was discovered that there were enough Isuzu engines left over that they could build 800 more cars. So that's exactly what they did in 1994 and 1995, before ending Lotus production.

But the story of the Elan doesn't end there. In 1995, upstart Korean car company Kia Motors was looking for a sports car. They wanted to improve their image and they wanted to catch a piece of the sports car market that Mazda's Miata had rekindled. Kia knew that Lotus was done with Elan production, but the car still looked fresh and handled exceptionally. So Kia bought the rights and went into production of their first ever sports car.

There were a few changes for the new owners. New taillights being the most noticeable styling change. Under the hood, the Isuzu four-cylinder was dropped in favour of an all-new Kia-designed Hi-Sprint 1.8L dual-cam four-cylinder engine that produced 151 hp. That's good power for a 1,022 kg car, although it might not live up to the Clarkson-inspired "Ultra Power" branding on the intake manifold. 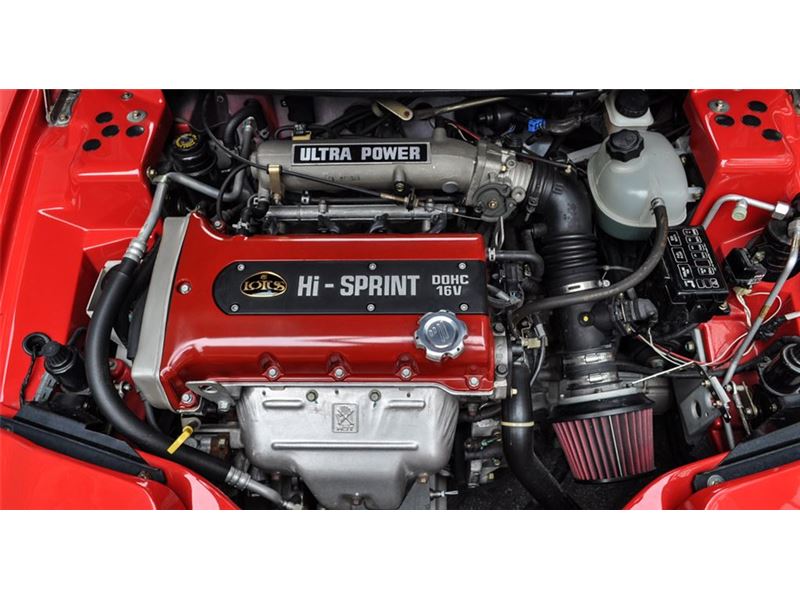 Kia built the Elan from 1996 to 1999. In that time they built around 850 of the cars. That makes this the rarest of all Kias, and a very rare car. It was only sold in Korea and Japan (badged as the Vigato), so is a rare sight on our shores.

Our Find of the Week Elan is a 1998 model and is for sale in Vancouver. With only 20,468 km, this car has seen very few miles and looks to be in excellent condition. Outside, the Kia badges have been replaced with Lotus ones. Not surprising, as even the rarity of the Kia doesn't match the cachet of a Lotus badge. Inside, the interior has been customized with aftermarket fixed-back seats and a different steering wheel. The cabin also has red accents added throughout to match the exterior paint and there looks to be an aftermarket stereo.

It's a car that was designed with Toyota in mind, paid for by General Motors, and briefly built by Bugatti before ending up with Kia. There are few automotive stories more complex than that. If you want one of the rarest cars in the country and one of the best handling front-wheel drive cars ever made, then this Kia/Lotus Elan is a great place to look.