FIA Formula E and the City of Montreal have announced that the Formula E season will be ending with the eprix Montreal. The event will take place July 29 and 30, 2017, and will be part of Montreal's 375th anniversary. celebrations.

Rather than the Circuit Gilles Villeneuve, traditional home to the Formula One Canadian Grand Prix taking place in June, the Formula E race will take place on an all-new purpose-built street circuit. The 14-turn circuit will be put together in the Ville Marie borough, with the starting line on la boulevard René-Lévesque in front of the CBC buildings. 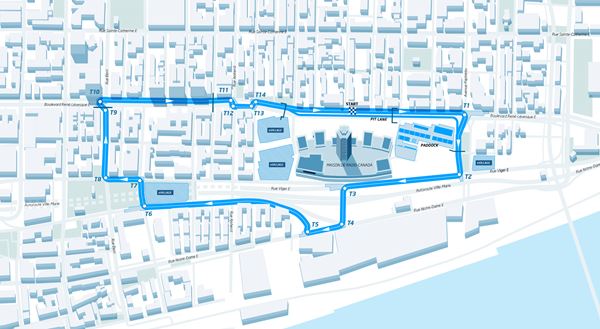 The 2016-2017 Formula E season has already started, with the first race taking place in Hong Kong earlier this month. There are currently 12 races scheduled for the series in 11 cities. Montreal will host the 11th and 12th races on the same weekend.

The electric racing series, now in its third season, has 10 teams, with 20 drivers competing. Manufacturers like Jaguar and Renault have entrants in the series, with more major manufacturers expected next year. The cars produce up to 228 hp, and are expected to reach speeds of up to 265 km/h on the streets of Montreal next summer.