Find of the Week: Mitsuoka Ryoga

Jaguar sedans of the 1950s and 1960s were beautiful examples of automotive styling. Curvaceous lines, thin wrap-around bumpers, an upright but just-curving-back-enough grille, the leaping cat, and two big prominent headlights with a pair of driving lights inboard. They're classic, and they are highly desired. They are also known for smooth running and sonorous inline six-cylinder engines providing high power for their day and good speed. All of those things lead to a car that is becoming both expensive and harder to find.

What they are not known for is reliability. The difficult relationship between British cars and reliability, especially when it comes to electrics, is legendary, though possibly a touch overblown.

Nissan, on the other hand, has historically been known for small cars that, while not necessarily the most stylish, are quite reliable, fun to drive, and easy on fuel. All of which are much more desired traits in a modern car. 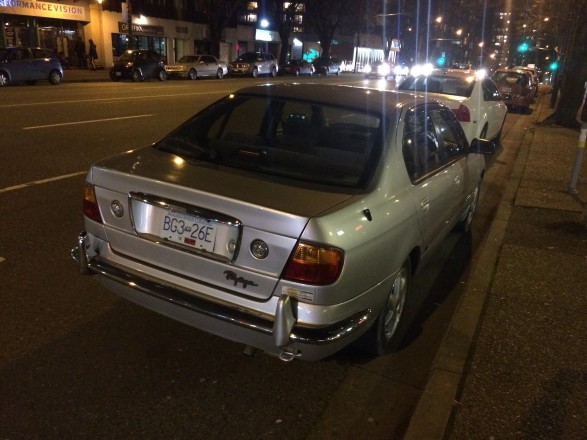 What if someone were to take that classic Jaguar styling and attach it firmly to a modern Nissan?  But rather than take the whole Jag look, they just took the nose, and left the rest looking like the standard Nissan Primera (sold here as the Infiniti G20)? Well then you would have the Mitsuoka Ryoga. Taking classic British styling and attaching it to will-actually-start-on-a-rainy-day Nissans.

The Ryoga was available in Japan from 1998–2004, changing in 2001 from the Primera base to the Sentra. There were two models, Deluxe and Royal, with the latter having better interior appointments. This car seems to be a Deluxe trim car. The look is certainly unique and is probably not for everyone, but it definitely stands out. There are some interesting details, like the fender-mounted signal repeaters, and chrome bumpers with over rider bars front and rear. The quad front lights are there as well. It also comes with a rear windshield wiper – a common feature on sedans in Japan, and one I wish was more common here. The transition between Nissan original and Mitsuoka design isn't exactly seamless, but the car does appear well-made. The cut-lines and joins seem to be quite good, especially for this type of car. 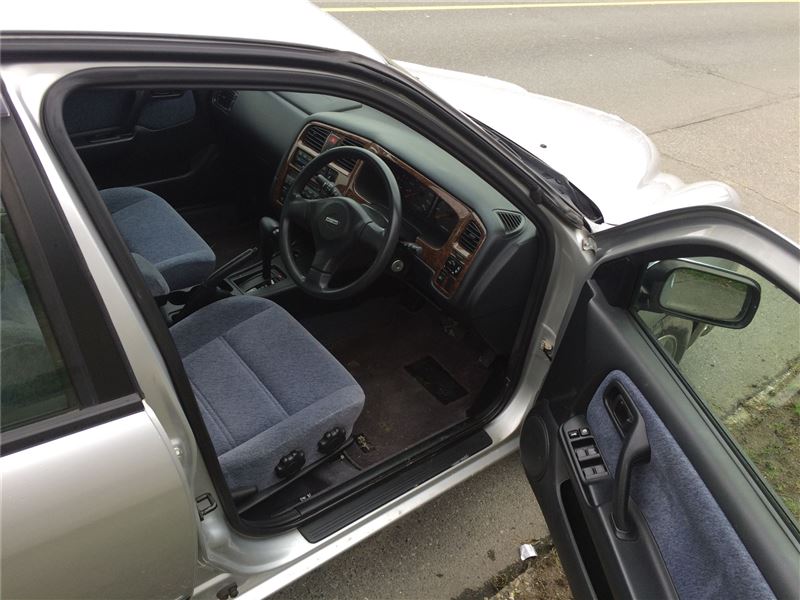 Mitsuoka is based in Toyama, Japan, and has actually been making cars (some of which were even entirely of their own design) since 1982. Even today they sell a Micra-based Jaguar-inspired sedan and a Miata-based roadster. Other than the coachwork, little is changed on the cars. Which, after seeing a number of "heritage-inspired" cars with more extensive modifications, is probably for the best.

This 2000 Ryoga is for sale in Surrey, BC. It's a low-mileage car and the owner claims new suspension and upgraded stereo with navigation. Based on the second-generation Primera, this car has a 1.8L four producing 125 hp and coupled with a four-speed automatic.

If you want a very unique combination of vintage looks and modern reliability, then our autoTRADER.ca Find of the Week is just what you are looking for. Even the price is looking lucky.

Just maybe park it with the nose facing toward people and the trunk toward your garage. It's the better angle.