Ferrari has just announced the newest version of their awkwardly named GTC4Lusso. The three-door grand tourer is getting the company's 3.9L twin-turbo V8, tuned to make 602 hp and 560 lb-ft of torque.

While that's a reduction in power from the 681 hp currently offered by the V12 version, it is more torque. The GTC4Lusso T is also rear-drive only and, according to Ferrari, lighter. That means that this could be the one to covet if you really like to throw your big GT car into drifts. 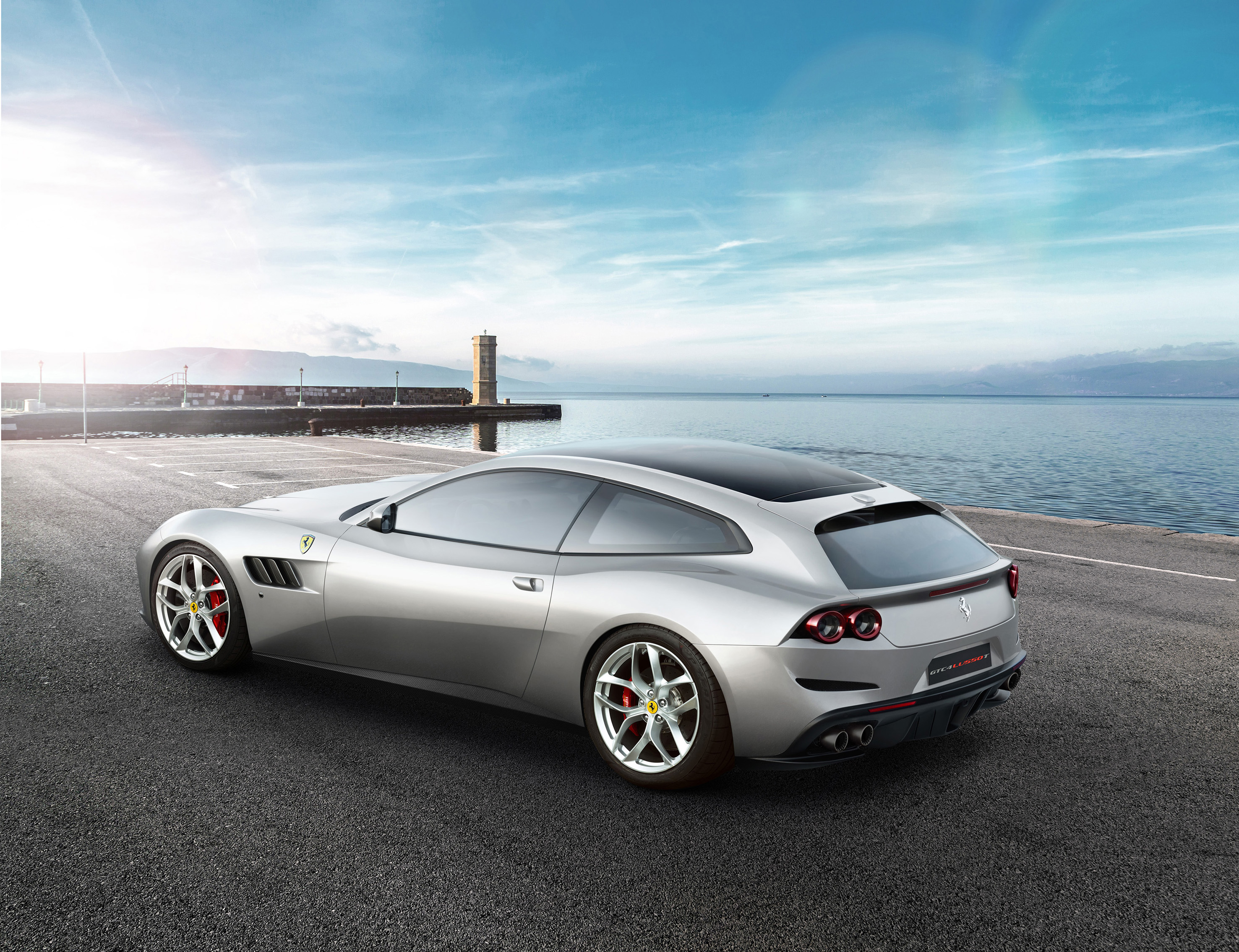 Ferrari claims that the V8 in this application has been tuned for better in-town drivability and smoothness compared with the 488 GTB where the engine normally resides. That would be fitting, as the car is intended for elegant touring more than flashy performance. Other changes include variable torque curves in gears three through seven in an attempt to artificially provide linear acceleration between gears. The system seems set up to make it feel more like the V12 than the peaky V8 it is. The rear-wheel steer system has also been revised to enhance responsiveness.

If you're worried about the loss of one of the last V12 engines, Ferrari insists that the V12 GTC4Lusso will remain available alongside the new stablemate. The turbo model will officially debut at the Paris motor show in a few weeks.