Ford's Autonomous Cars Target for 2021, but When Will Canada See Them?

Ford Motor Company CEO Mark Fields made the announcement at the company’s Further With Ford event this week that their plan is to sell autonomous vehicles (AVs) for ridesharing services by the year 2021. These would be full "level four" AVs that have no pedals or steering wheel. While some carmakers already have cars that can do some of the driving themselves, the jump to full autonomy from there is still a long one. When asked when sales to normal consumers would start, he replied that Ford hoped to be able to introduce that mid-decade, so around 2025. Fields indicated that the introduction would be limited to a handful of select areas. When asked when we could expect to see the AVs arrive in Canada, a Ford communications rep stated that the company does not have projected dates at this time. We won’t get them by 2021, and that statement suggests that the 2025 goal isn’t likely either.

So if Canadians won't be getting AVs from Ford in the near future, why not? There are some obstacles to AVs in Canada that will need to be overcome before the launch can happen, but the automaker already has a plan for some of our more unique challenges.

The largest obstacle is the current limitations of autonomous technology, and this is also the main reason for the delayed sales to regular customers (the other being initial vehicle cost). The cars can currently drive only on limited and selected roads. The reason for that isn't one of control or safety, it's one of mapping. Autonomous cars are more like street cars than they are intelligent robots. They can drive only on roads that have been extensively mapped ahead of time. Basically on a track. They can turn, but only onto another track. Ford develops detailed 3D maps of the area where the car can travel. This includes the road boundaries, crosswalks, obstacles, signs, pavement conditions, and even the trees beside the road. The car needs to know where those things are and controls itself relative to them. If you put it on a brand new road, it won’t know where to go. That isn't going to change before the 2021 launch, as mapping is expensive, time-consuming, and requires large amounts of data processing and storage. Greg Stevens, Global Manager for Automated Driving at Ford, agrees that the situation is not likely to change even 10 years from now. The company plans to map only places with a strong business model for ride sharing. Even the 2025 estimate for cars sold to the general public would limit the cars to only those major areas that have been mapped. That will be cities like San Francisco, the Detroit area, and other tech-friendly cities with high population density. Toronto, Montreal, and Vancouver would likely be mapped before a Canadian launch, but if you live in a rural area, like much of Canada, roads may never be mapped. 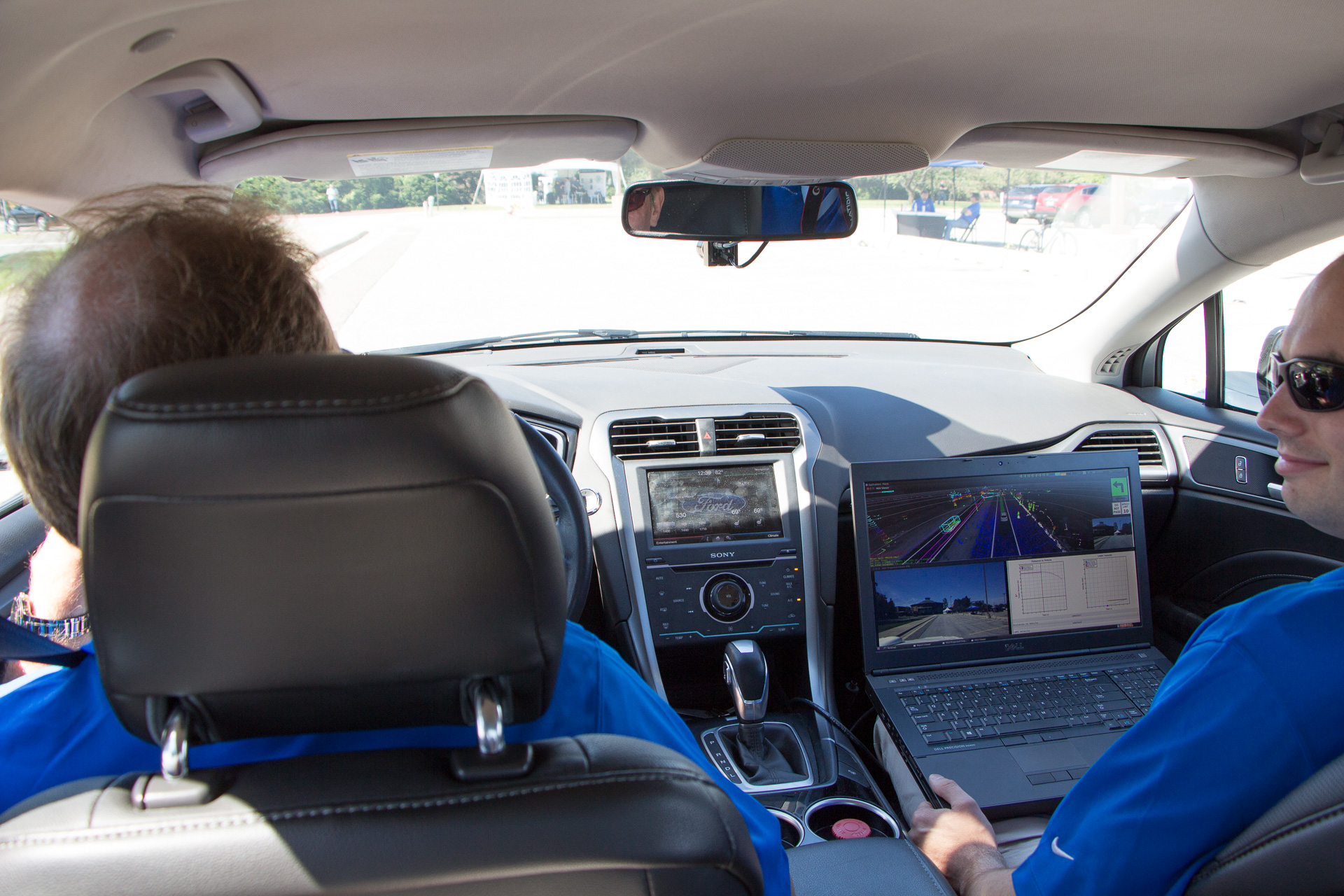 Surprisingly, winter weather is not a major obstacle to the cars. The detailed maps include landmarks beside the road such as trees and buildings. Those don't move because there is snow on the ground, so the car can still determine where it is. It doesn’t need to actually “see” the road lines. The system can also cope with and avoid snowbanks in the same way it can manage parked cars or construction cones.

The cars can also handle low traction conditions, in some ways better than human drivers. The car is continuously scanning the road surface, and can tell based on the LIDAR bouncing back if there is snow, ice, or rain, and how much traction is available at any point. The production cars will also be linked to a central system that can relate weather conditions. Michigan's winters aren't easy either, and Ford has tested extensively in the snow. So the cars can handle a Canadian winter, but can they decide if conditions are unsafe? At this point, they will slow down for weather, but Stevens stated that "we're not there yet" when it comes to making the decision to just stay home if conditions merit.

Another issue the cars face is overly polite pedestrians and drivers. The driver who won't take their turn at a four-way stop, or lets someone out in traffic. Even the pedestrian who waves you through a crosswalk. The cars rigidly adhere to the rules of the road, so they will not take advantage of courtesy or good manners. They also cannot manage a person directing traffic by hand. The car will just wait until the obstacle clears, or the human takes over. Ford is working on a couple of solutions for this. The first is development on detecting and responding to hand gestures. This is likely far beyond the 2021 target. The second is a messaging system, like a message sign or a voice, that lets people know that you aren't moving until they take their right of way. That is the faster of the solutions to implement, so likely the one we’ll see. 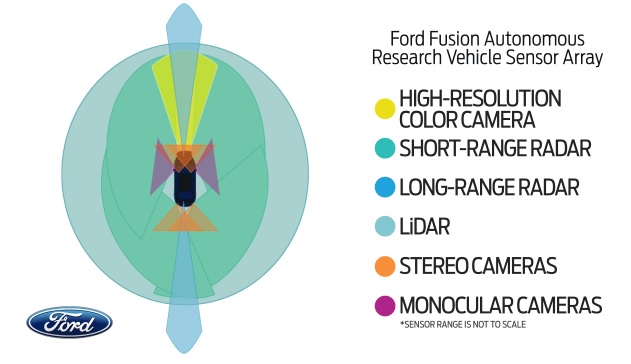 Finally, the issue of government approval. Most provinces do not have laws that would allow AVs, or at the least don’t make it clear how they would be implemented. The issue is a recent and rapidly changing one, and it takes time for legislation to catch up. Who is responsible in an accident? Which systems are approved as safe for the road? All questions that need to be answered. Fortunately, governments are beginning to move on the issue, with Ontario already allowing testing of AVs and other provinces looking at similar legislation.

So if you’re worried about giving up your steering wheel, you won’t need to worry for at least a few years. In Canada anyway. But if you’re excited for the first time you hop into a driverless cab, then a quick trip over the border after a five year wait should give you lots of opportunities to experience it for the first time.