As you may have heard, the 2016 Summer Olympics are starting tomorrow in Rio, Brazil. With 314 Canadian athletes making the trek to the games (competing in every sport except handball), we here at autoTRADER.ca wanted to take a look at what drives some of our top athletes. Only we didn't want their motivations or diet regimens. We wanted to know what actually drives them. To practices, or the mall.

Here's our look at 10 of our top Olympians and what they drive.

1) Eugenie Bouchard
Montreal's Genie Bouchard, top-ranked Canadian female tennis star and medal hopeful in singles and doubles tennis rolls up to the court in style in her Range Rover Sport SVR. Can't double-fault her for that choice. 2) Brooke Henderson
From Smiths Falls, ON, the number three ranked women's golfer in the world hopes to turn her LPGA wins into Olympic gold. Brooke drives a BMW X5, but when she won a Kia with a hole-in-one at the Women's PGA Championship this past June she gave it to her older sister (and caddy) Brittany. The tournament said it was a K900, but this looks an awful lot like a Sportage. Maybe a switch to carry more clubs? 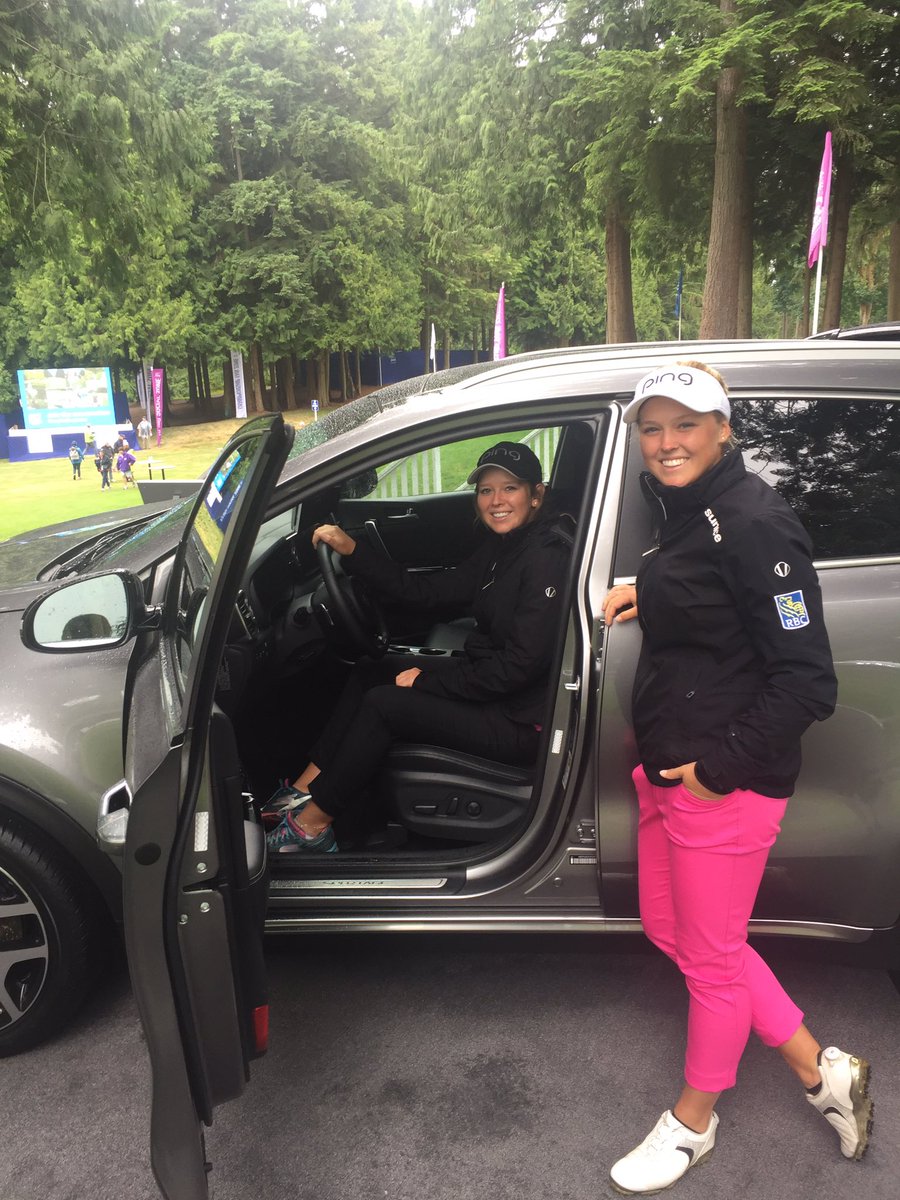 3) Andre De Grasse
The track and field runner from Markham, ON, is coming off two gold medals at the 2015 Pan Am Games. When he's not running, he drives a BMW 6 series Gran Coupe in flat black.

4) Mark De Jonge
Haligonian and 2012 London bronze medallist, Mark is the current 200m world record holder and puts his kayak on the roof of a 2016 BMW 435i.

5) Rosie Maclennan
The trampoline gymnast's 1998 Ford Escort gave up on her the week before the 2012 London games. Fortunately, Rosie didn't give up and won Canada's only gold medal at the games. She now drives a 2014 Ford Focus.

6) Erica Wiebe
Ranked number two in the world in her weight class, Erica is attending her first Olympics this year. The wrestler drives a 2008 Ford Focus to and from the ring - sometimes. 7 and 8) Roseline Filion and Meaghan Benfeito
Meaghan and Roseline compete in the 10m synchronized diving event. The pair is so in-tune that they even drive the same car. A pair of 2016 BMW X3s.

9) Damian Warner
The decathlete finished fifth at the London Games, but is the reigning Commonwealth Games and Pan Am Games champion. The jack-of-all-track-trades drives a Mazda3. 10) Catharine Pendrel
The cross-country mountain biker from Fredericton has been on the Canadian national team since 2004. She won gold at the 2014 Commonwealth Games. When not on two-wheels, Catharine drives a Volkswagen Golf. In the winter there's a ski rack, but we're guessing it's a bike rack in the summer.