Do you like luxury? Do you like horsepower? Do you want a ride that looks like big bucks and doesn’t cost big bucks? That’s what Depreciation Appreciation is all about. And this month, we’ve hit the mother lode.

With world-class styling, feature content to rival Mercedes and Audi models priced into six-figure territory plus a potent and velvety 5.0L V8 with up to 430 hp, the Hyundai Genesis Sedan has, for years now, made many shoppers question the need to spend tens of thousands more on a luxury flagship.

Fast forward a few years, and the four-door luxury sedan from Korea still looks like a big deal, though pricing in the used market has dropped substantially. If you want comfort, power, gadgets galore and a sumptuous cabin that’s trimmed to the nines, a few-year-old Hyundai Genesis sedan can be yours at a price that’ll make you feel like you’re stealing.

Today, at less than five years old and often with low mileage, a decent used Genesis Sedan can be had from $20,000 all day long – with some higher-mileage units available from under $10,000! 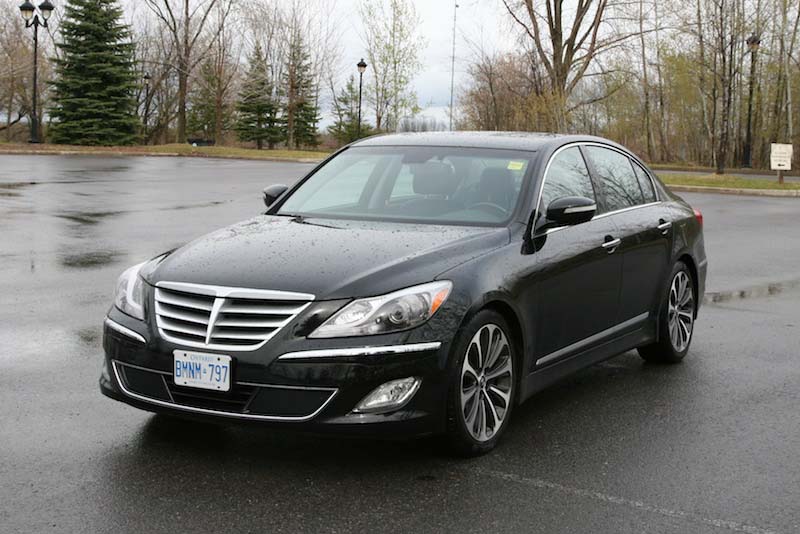 Owners rave about the Genesis Sedan’s performance, styling, comfort, potency, and relaxing, easygoing driving character. In any case, this is a powerful and roomy car with some impressive performance numbers, though it’s tuned for driving that’s largely comfort-first. Look for the standard Genesis 3.8 as the entry model, with Premium, Technology and R-Spec models for increasing levels of equipment and power. The R-Spec is a real steal of a deal if you can find a used copy – it shipped fully loaded, with the bigger engine, and a special suspension calibration for improved handling. 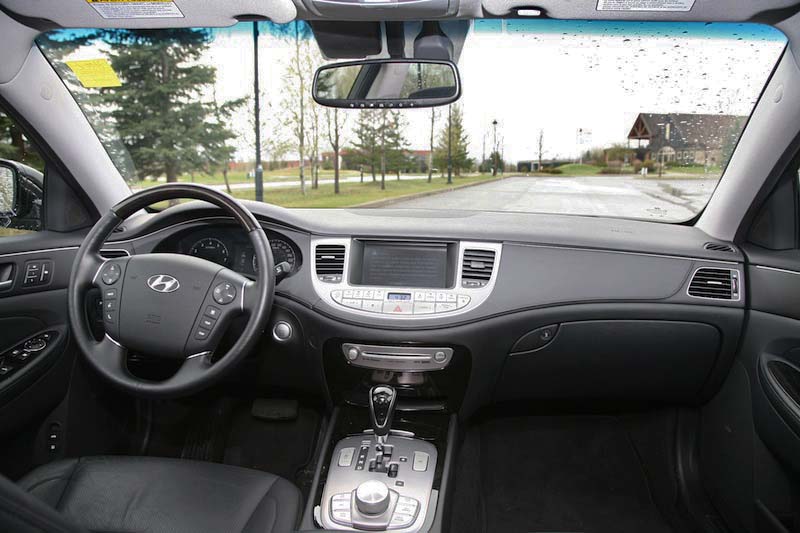 Approximate New Value: At launch, Genesis 3.8 started around $38,000 before any optional packages, while the 4.6L unit opened the bidding at $44,000 in base trim. A Genesis 3.8 with Technology Package could push pricing to $50,000, while the available R-Spec with 5.0L V8 bumped the MSRP well into the mid-fifties.

Approximate Used Value: In the used market, pricing varies widely based on mileage, engine and trim level – though the world-class driving experience, tremendous comfort and extensive feature content work towards fantastic used luxury car value at all price points. For instance, here’s a 2009 Genesis Sedan with Technology Package, with reasonable miles, which also includes winter tires and remote starter, for under $10,000. That’s less than a quarter of its original price! Here’s a similar unit with reasonable miles, loaded, for under $11,000.

Shop for a 2012 or newer model if possible, to take advantage of the more powerful and efficient engine lineup. Here's a post-update Genesis, with under 50,000 kilometers, for under $21,000. And another. And yet another, with less than 43,000 km of use, for about half its original price at just two years old.

Plenty of remaining warranty, world-class luxury, and a steal of a price? Sounds pretty win-win to us! 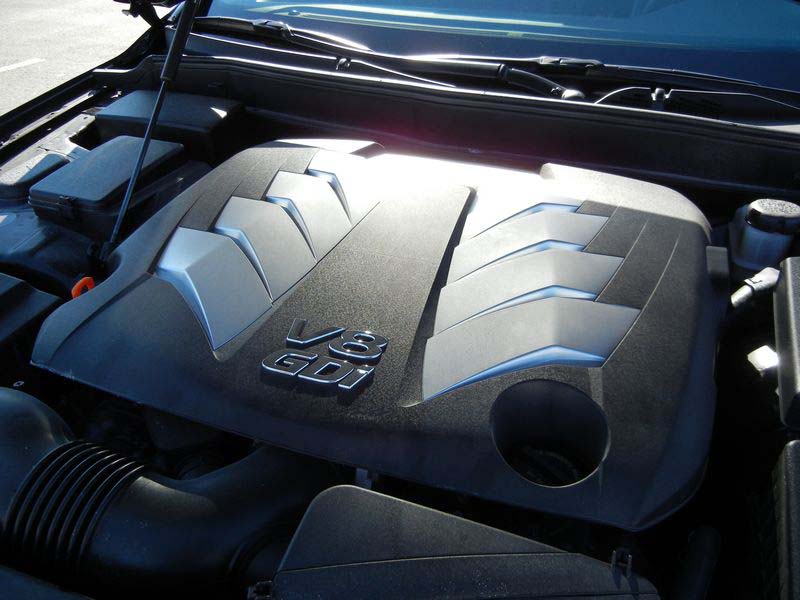 Like performance? Go for the R-Spec. The once $53,000-plus model can be had for as little as half that price today, with models like this four-year old unit coming in from under $21,000, or this one, with very low mileage, coming in at $26,000. Modern used luxury rocket sedans don’t get any more affordable than this.

Test Drive Tips: Check a used Genesis for signs of damage or wear to the paint, chrome accents, and especially the wheels and tires. The latter should be checked for signs of alignment issues, and bulges or cracks in the inner and outer sidewalls.

Owners have reported niggling electronics issues, mostly minor in nature, ranging from bad window switches to power mirrors that don’t return to their position with the seat memory function, to failed parking sensors. Translation? Try everything inside the Genesis you’re considering that runs on electricity, twice, to be sure it’s working properly. Don’t forget to check for proper operation of the navigation system and climate-controlled seats, which will be pricey to repair or replace out of warranty.

Look for an airbag warning light in the instrument cluster, possibly accompanied by a scratching or scraping noise while turning the steering wheel. The likely culprit is a bad clock-spring, which creates the electrical connection to the steering wheel. 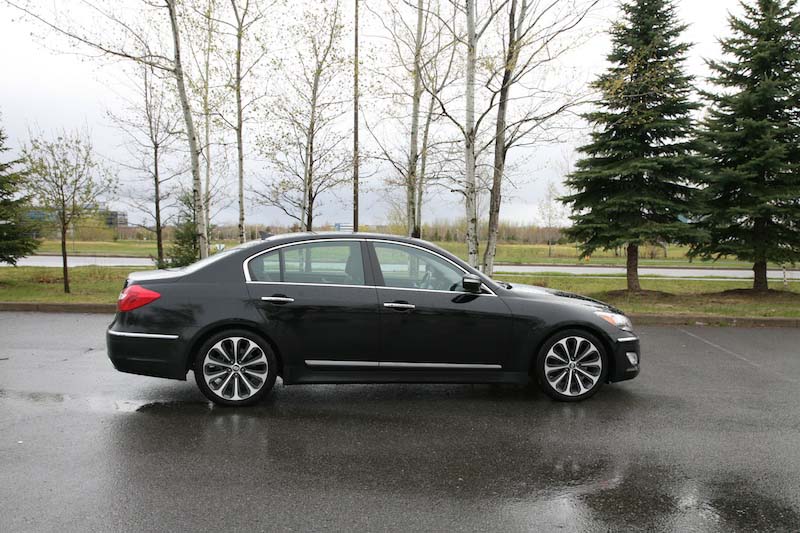 Move to the trunk and pull up the rear carpeting and paneling to look for signs of a water leak, which may leave rust, dampness or nasty mould in the lower area beneath the trunk.

Check for evidence of oil consumption on the 5.0L engine, monitoring oil levels and bringing any issues to the attention of your dealer service department quickly, and especially if the car is still under warranty. Finally, note that some owners have reported unwelcome noises from brake and suspension components shortly before replacements were necessary.

The Verdict: With comfort and content engineered to rival six-figure luxury sedans, and compelling used car pricing, a used Genesis Sedan might be the steal of the century on a leisurely luxury cruiser. Common issues should be easily detected on a test drive, and reliability looks to be fairly solid provided the unit in question has been well maintained.