When it comes to saving fuel, reducing emissions, increasing performance and making vehicles stronger, the light way is the right way – and for automakers the world over, carbon fibre is becoming an answer.

This exotic and celebrated material has been around for decades, used in applications from fashion to architecture to automotive, and to create everything from money clips to kayak paddles to prosthetic limbs to vehicle driveshafts. Light, strong, versatile and really neato-looking, carbon fibre is a tremendously interesting substance with a huge array of benefits, and it’s creeping into the automotive manufacturing mainstream at a slow and steady pace.

Here’s a closer look at what carbon fibre is, how it’s made, and how it’s used to make better cars.

What is Carbon Fibre? 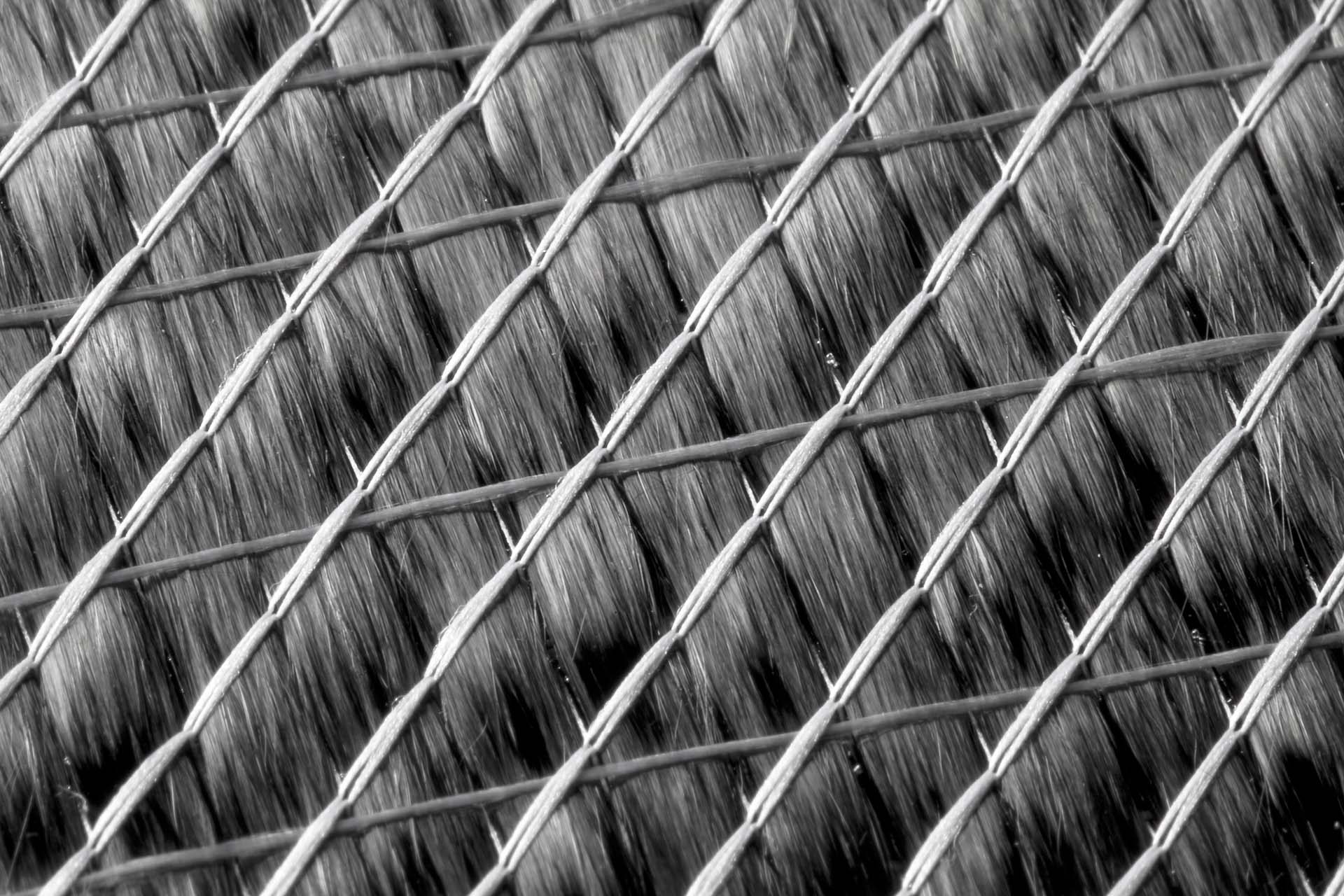 According to the dictionary, carbon fibre is a material consisting of thin, strong crystalline filaments of carbon. These filaments are wound into threads, and the threads are woven into fabric that’s shaped, hardened, and used in a variety of applications.

In use, carbon fibre is a lightweight alternative to materials like steel, plastic and aluminum, and it can be moulded, ground, shaped and painted – adding tremendous versatility. Though precise specifications depend on the application, carbon fibre is noted for being stronger and lighter than steel, with up to 10 times the strength from as little as one-fifth the weight. Best of all, it doesn’t rust. All of this makes carbon fibre a bit of a high-tech super-material.

Why Use Carbon Fibre? 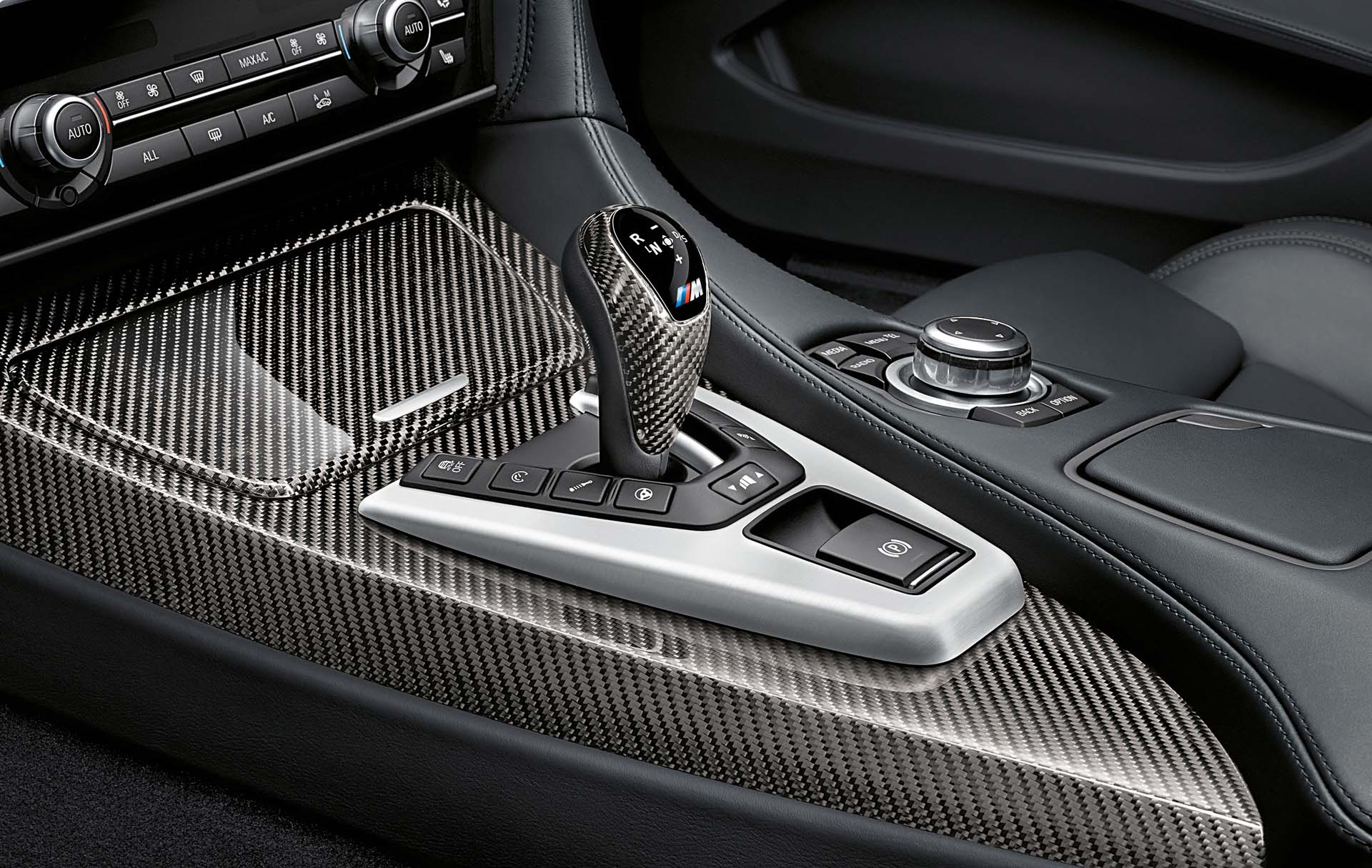 According to truedesign.net, some benefits of carbon fibre include its unique and nearly impossible-to-duplicate appearance, excellent strength-to-weight ratio, compatibility with other materials like wood, plastic, concrete, aluminum and steel, and its suitability for complex contours and designs. Since carbon fibre can be moulded and contoured with ease, it’s a better fit than metal in certain applications. High fatigue properties and high stiffness and rigidity are other benefits. Carbon fibre can also be made with a variety of electrical and thermal properties, and made to match precise requirements for thicknesses and strengths.

How is Carbon Fibre Used? 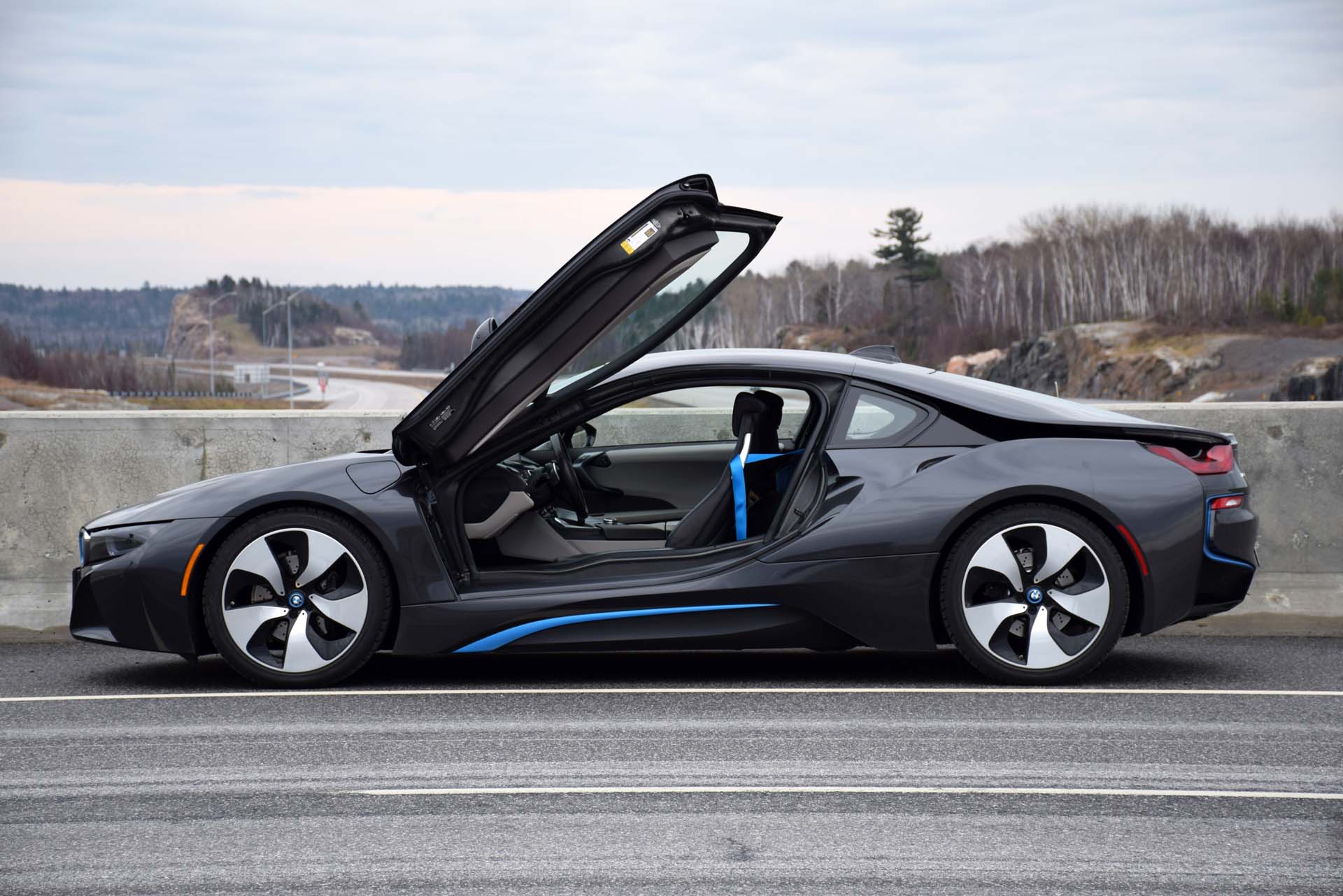 In the automotive world, carbon fibre has many uses. These range from purely cosmetic, where the material is used to create a unique styling element like an exposed carbon-fibre roof or a carbon-fibre spoiler kit, to a full carbon-fibre body on some high-dollar exotic cars. Carbon fibre can be used to create drive-shafts, make lighter racing seats, to reinforce structural components, or even to create entire car wheels.

So Why Isn’t Everything Made of Carbon Fibre? 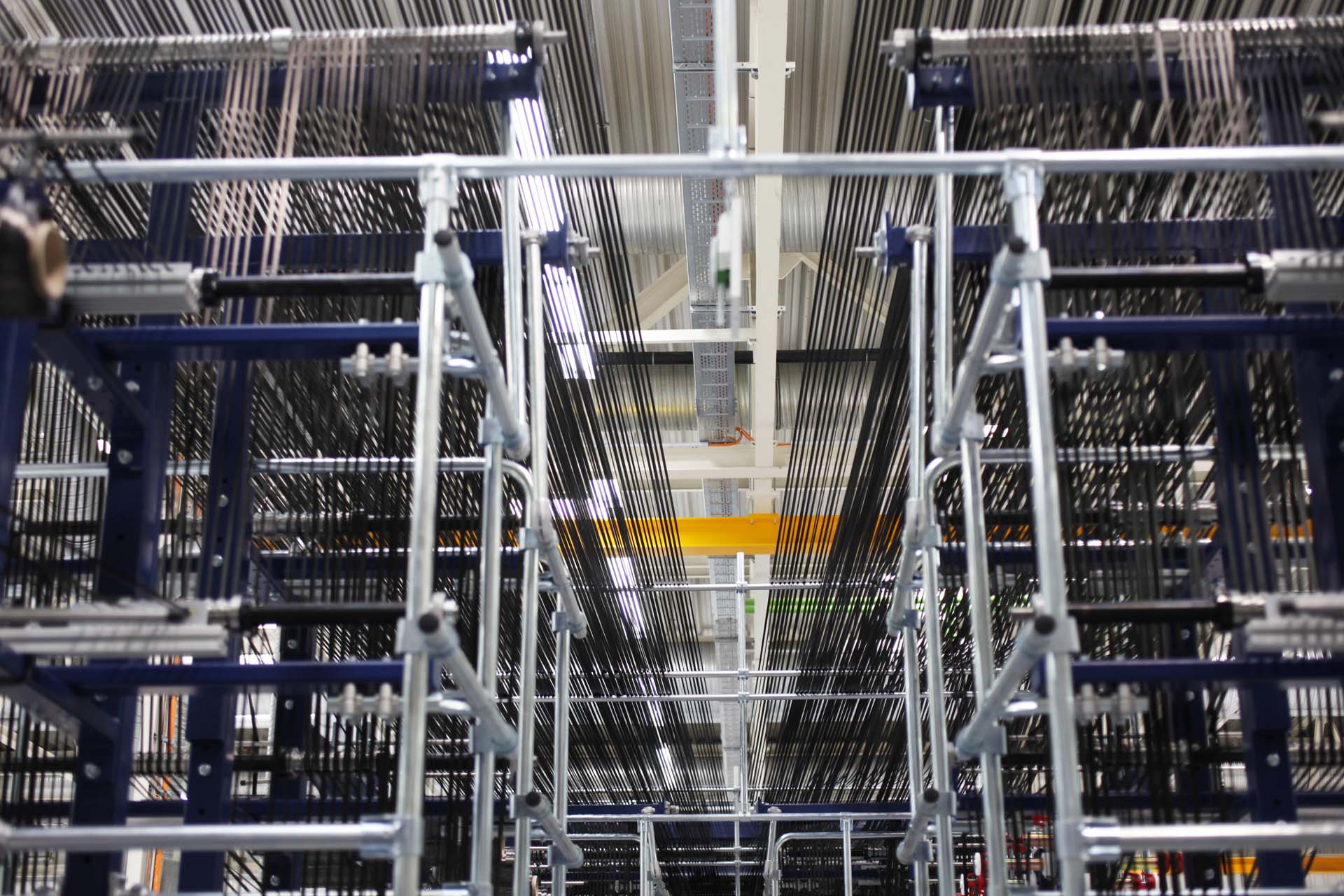 There’s a fairly simple reason we don’t see more carbon fibre on the road: it’s pricey. That’s partly because of the cost of the raw ingredients, and even more so thanks to the highly demanding production processes required to create it. Producing carbon fibre involves an array of chemical and mechanical processes, a high degree of human craftsmanship, and lots of electricity. 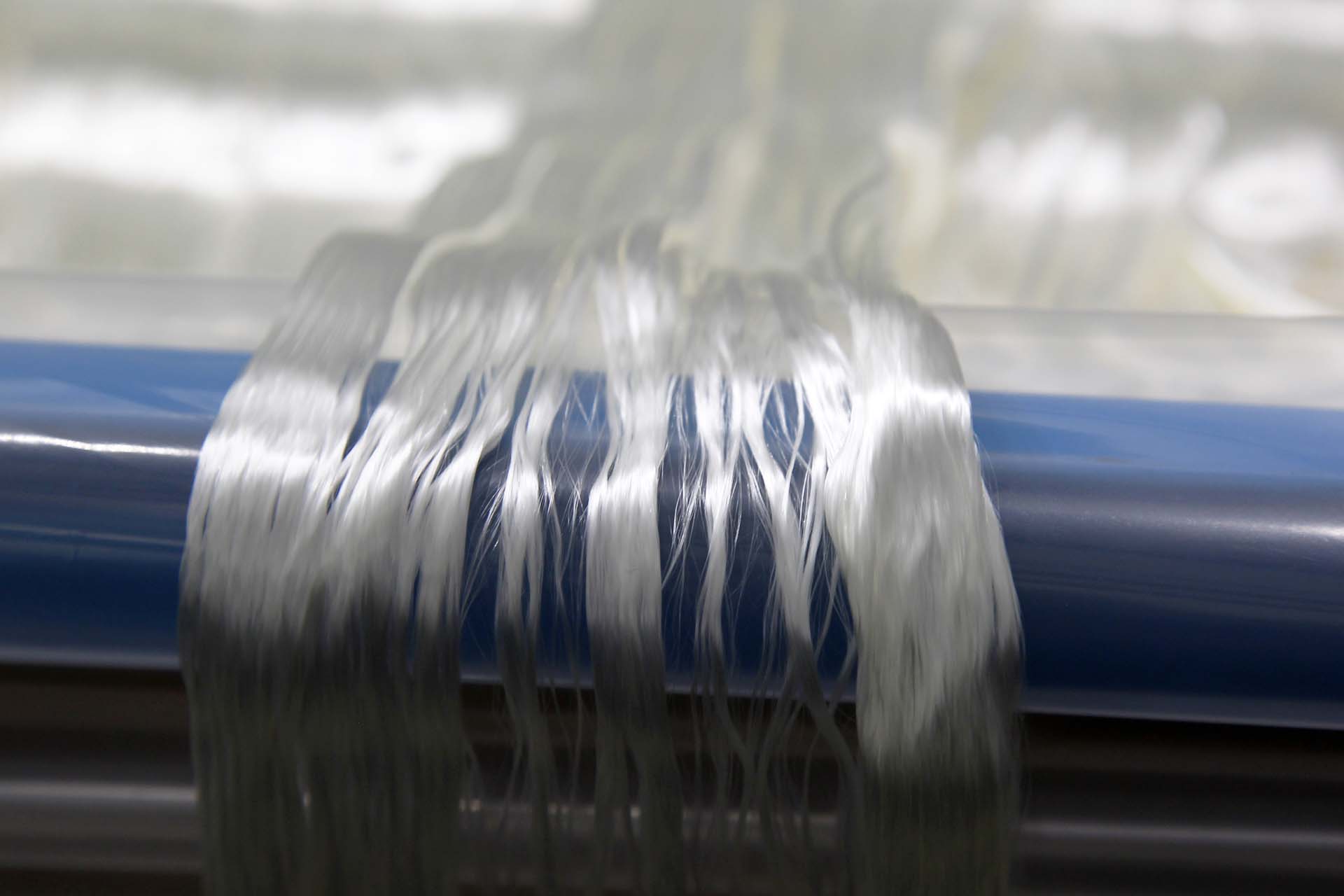 Carbon fibre typically starts life as a so-called precursor, made from polyacrylonitrile (PAN) or rayon or petroleum pitch. On a molecular level, these materials are characterized by long strings of molecules bound by carbon atoms. The exact composition of each carbon fibre precursor varies widely, and most companies closely guard these as trade secrets. 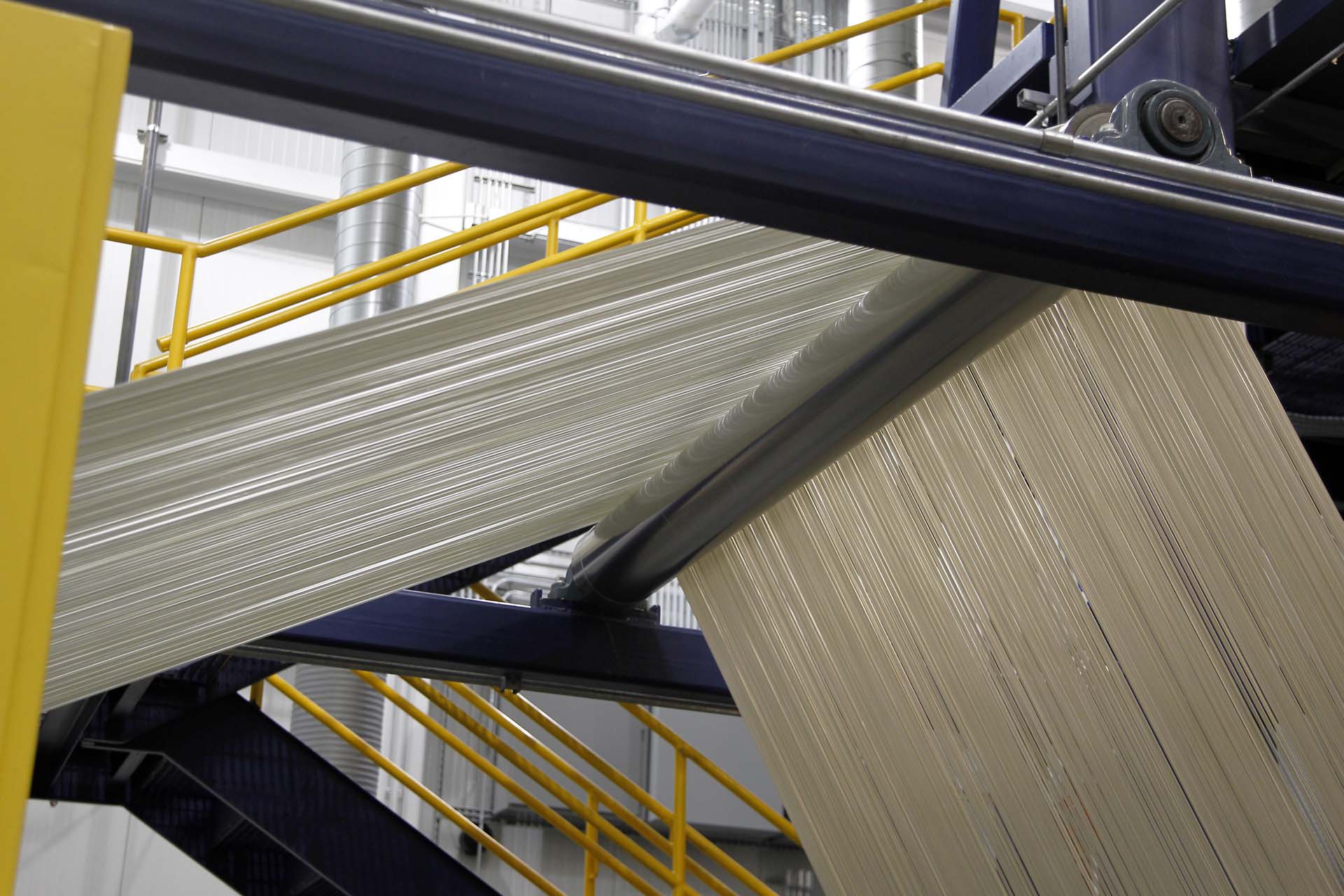 Raw materials are exposed to various chemicals and reacted with a catalyst to form a special plastic that can be spun into fibres, not unlike textile fibres. These fibres are spun, washed and stretched mechanically to set up their structural composition and thickness. Next, the fibres are chemically altered by heat, which causes them to absorb oxygen and rearrange their atomic structure. The process of altering the plastic fibres by heat involves numerous steps, some of which occur simultaneously and in the presence of certain gas mixtures, to achieve specific effects. Next, the altered material is superheated in a high-pressure oven filled with a gas mixture that contains no oxygen. This causes the fibres to shed non-carbon atoms, leaving behind a tightly-bonded carbon material. Ta-da! Carbon fibres have been born. 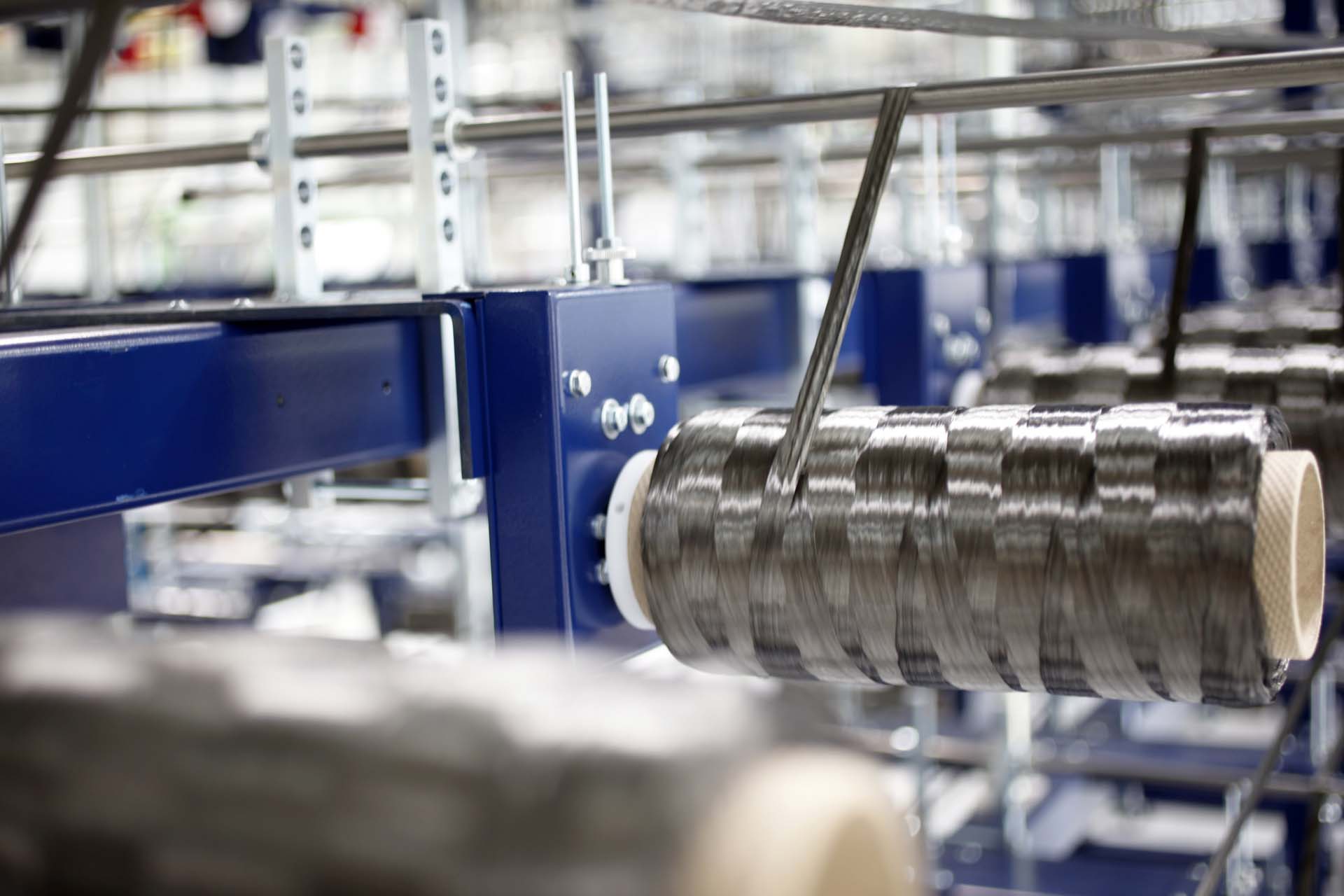 Now that raw carbon fibres are on hand, finishing steps are necessary. In simple applications, subsequent steps include oxidization, which alters the outer surface of the fibres so that other materials, like epoxies, can be bonded more easily. Next, the fibres are coated with chemicals that vary depending on their intended application. Finally, the completed and coated fibres are wound onto giant spools, where they can be spun into yarns and then into fabric used to create the finished product. 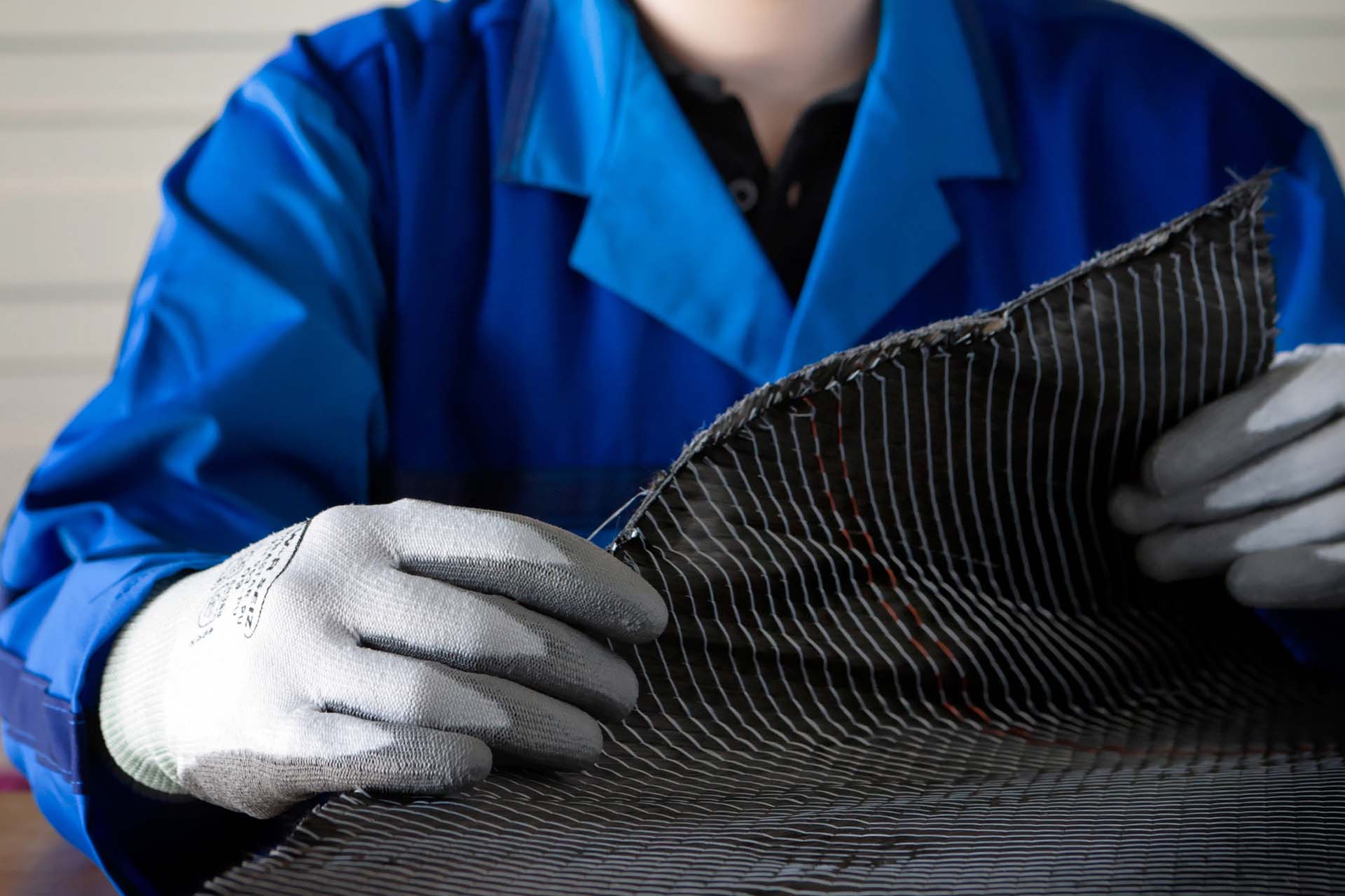 Once the carbon fibres have been completed, sized, and woven into an appropriate fabric, craftsmen and machinery cut, arrange, layer and mould the fabric into shape, applying various glues, epoxies and other bonding agents to hold one or more layers together. The resulting assembly is often vacuum-baked, cooled, trimmed, sanded and finished, before joining other assemblies and components. 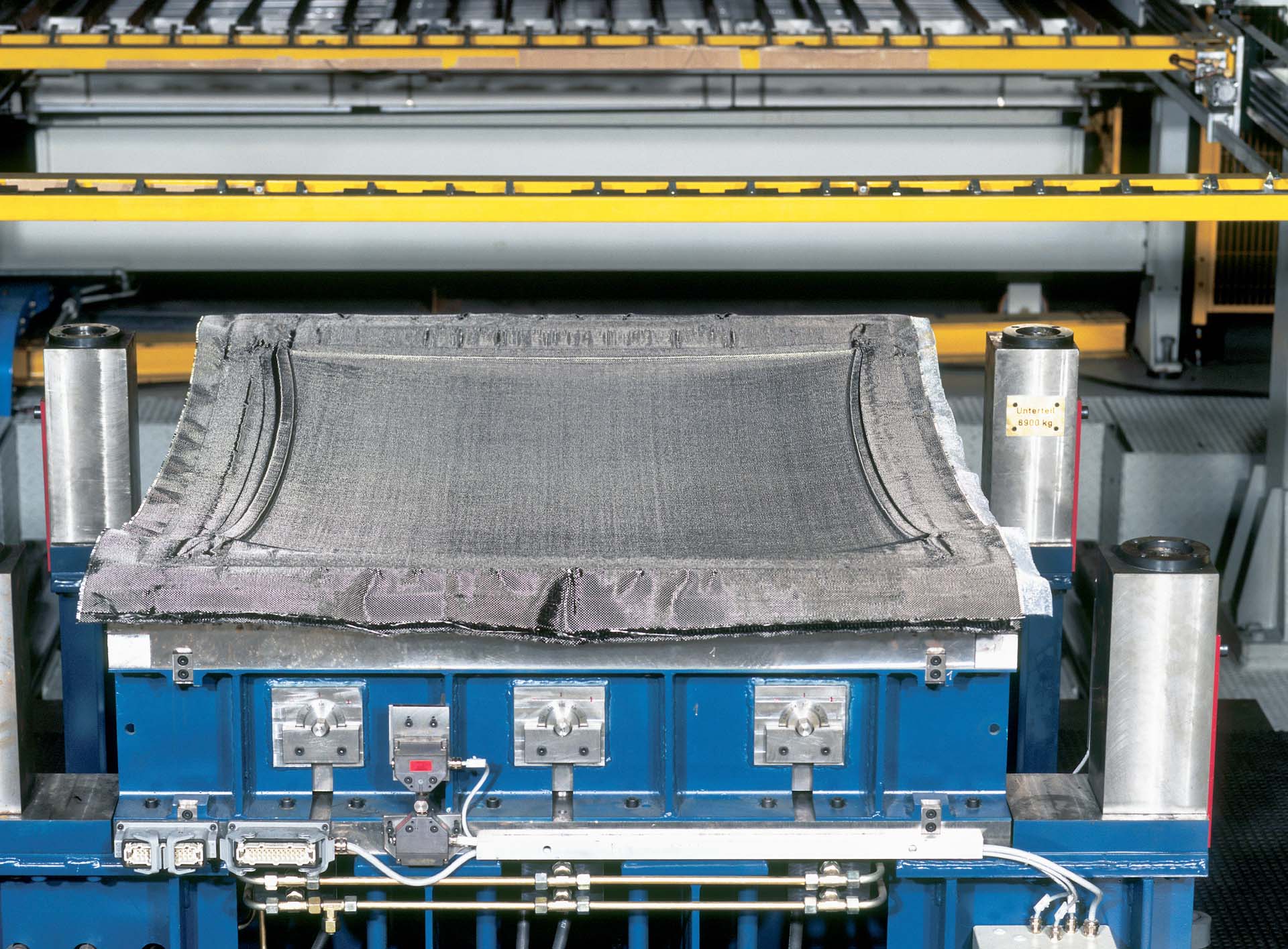 BMW Group is using more and more carbon fibre these days, which helps them create cars that are lighter, stronger and more efficient. The German automaker has made advances in creating their own energy-efficient carbon fibre supply chain, as well as innovations in carbon-fibre parts.
One of these innovations is wet pressing, which allows carbon-fibre fabrics, impregnated with resin, to be pressed in a three-dimensional moulding die while wet, and then hardened. This saves time, money and cost, compared to conventional dry pre-shaping of carbon-fibre layers.

How Cars use Carbon Fibre

Reducing Weight to Save Fuel and Improve Performance 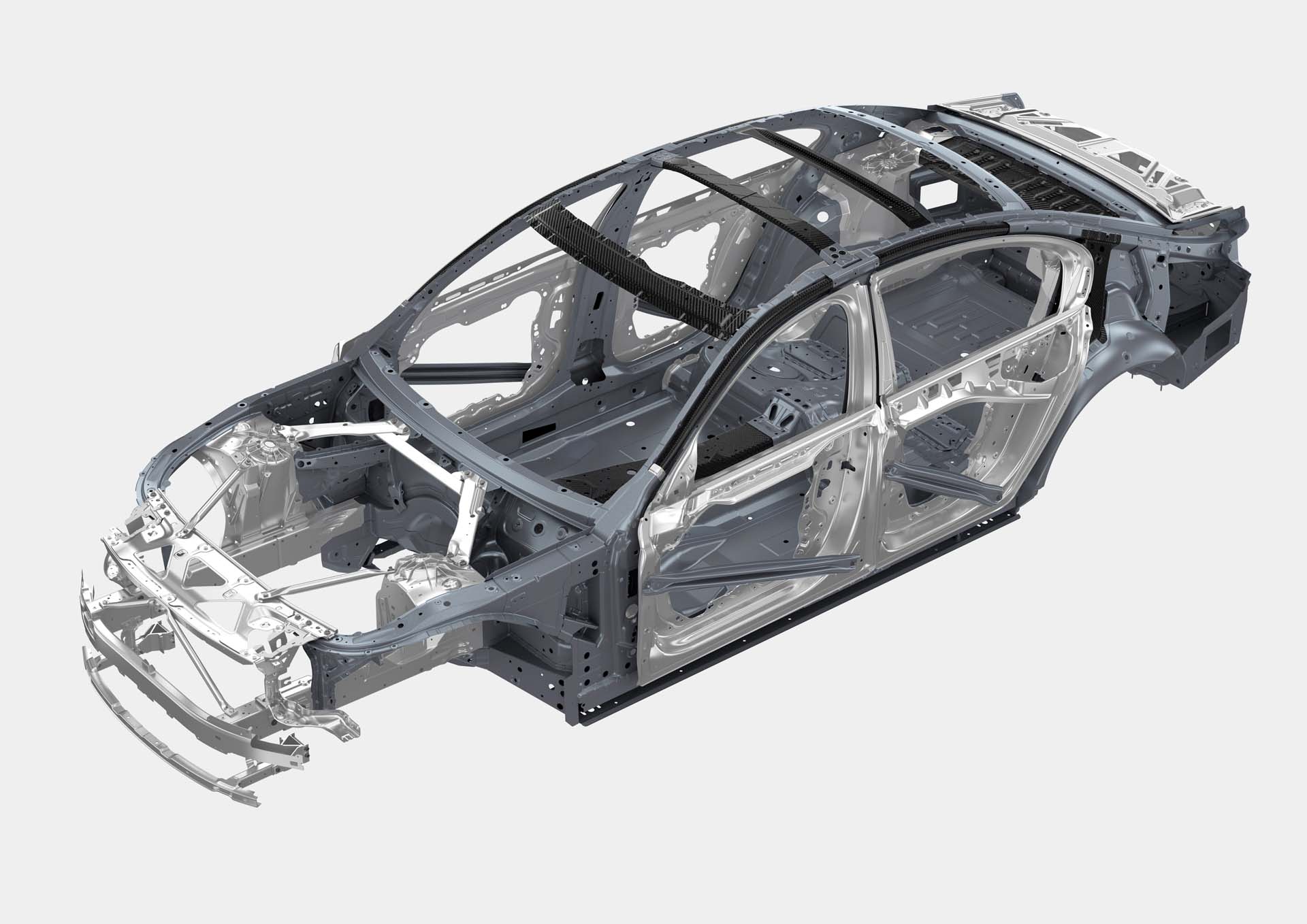 Customers want cars that perform better, and use less fuel to do it. One of the easiest ways to meet this challenging demand is to make the car in question lighter – and carbon fibre is an effective way to do it. Today, cars use carbon fibre in varying degrees: applying it to fenders or hoods for a slight weight reduction; strengthening a lightweight steel or aluminum structure; or building an entire car body out of carbon fibre for ultimate weight savings. In this picture, you can see the carbon-fibre structure of a car, which also uses aluminum, to hit weight and cost targets while turning in improved handling, efficiency and performance. 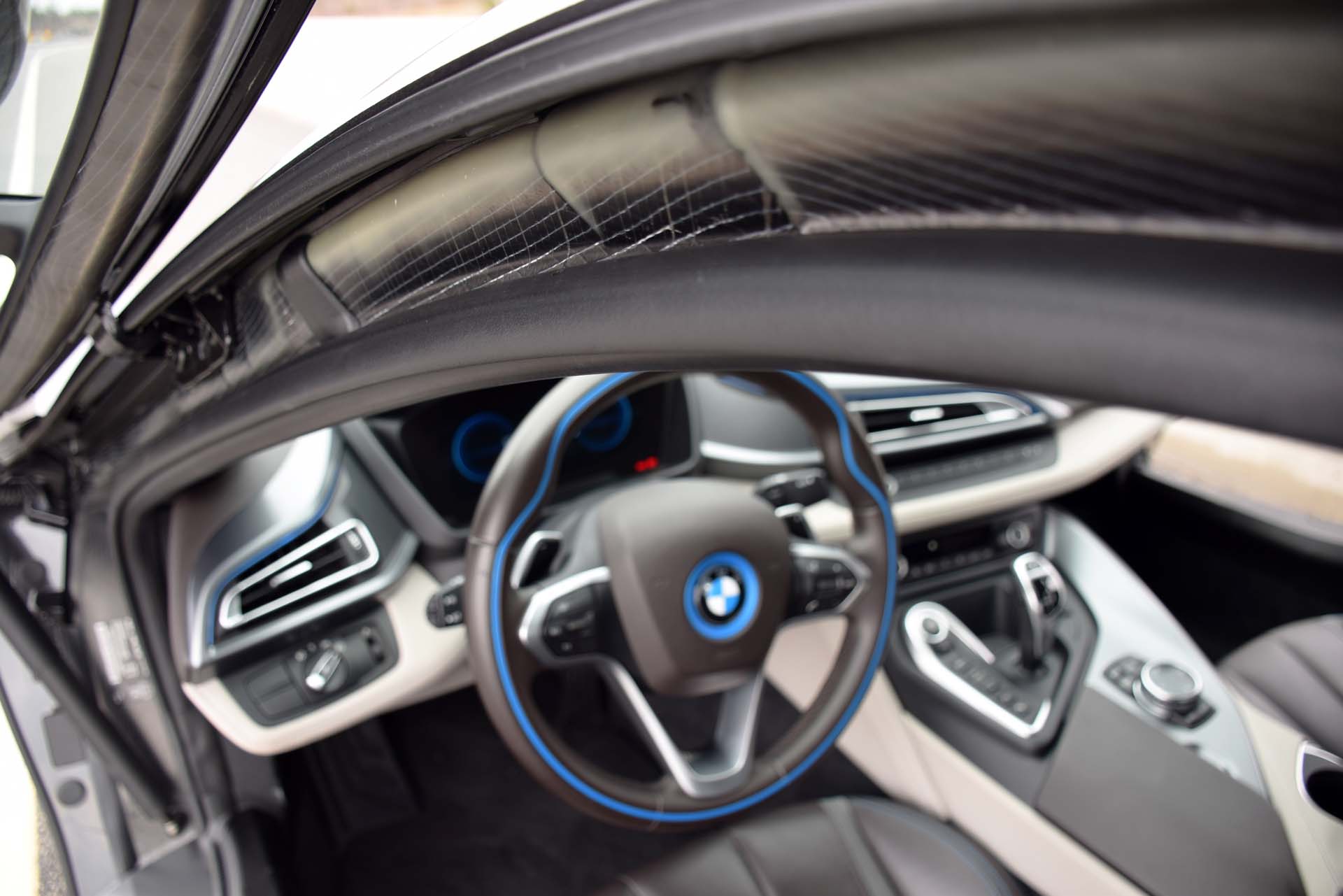 BMW’s Carbon Core structure is an example of a clever use of carbon fibre. By sandwiching, bonding and implanting carbon fibre with other metals in some parts of a vehicle’s structure, and using carbon fibre to entirely replace heavier metal structures in other areas, Carbon Core allows BMW to build cars that are lighter, stronger, more agile and more fuel efficient. 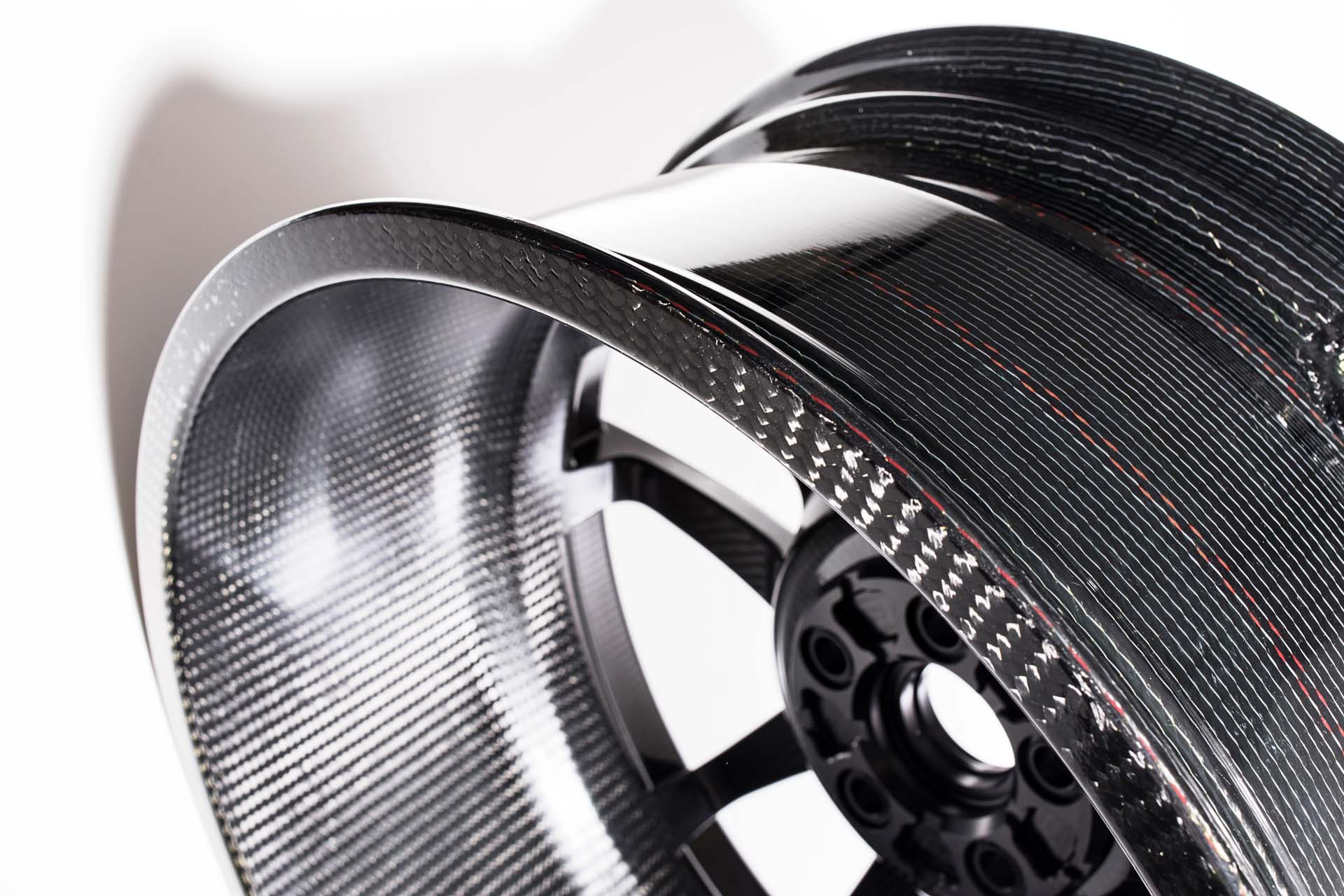 As carbon fibre is pricey, many automobiles use it for only for selected components, managing costs while applying a targeted reduction of weight. For instance, making a vehicle’s roof out of carbon fibre removes weight from high up within the car’s body, reducing its centre of gravity, and enhancing handling. Other cars use carbon fibre in the construction of their doors, hood or fenders, reducing weight and improving handling and mileage. 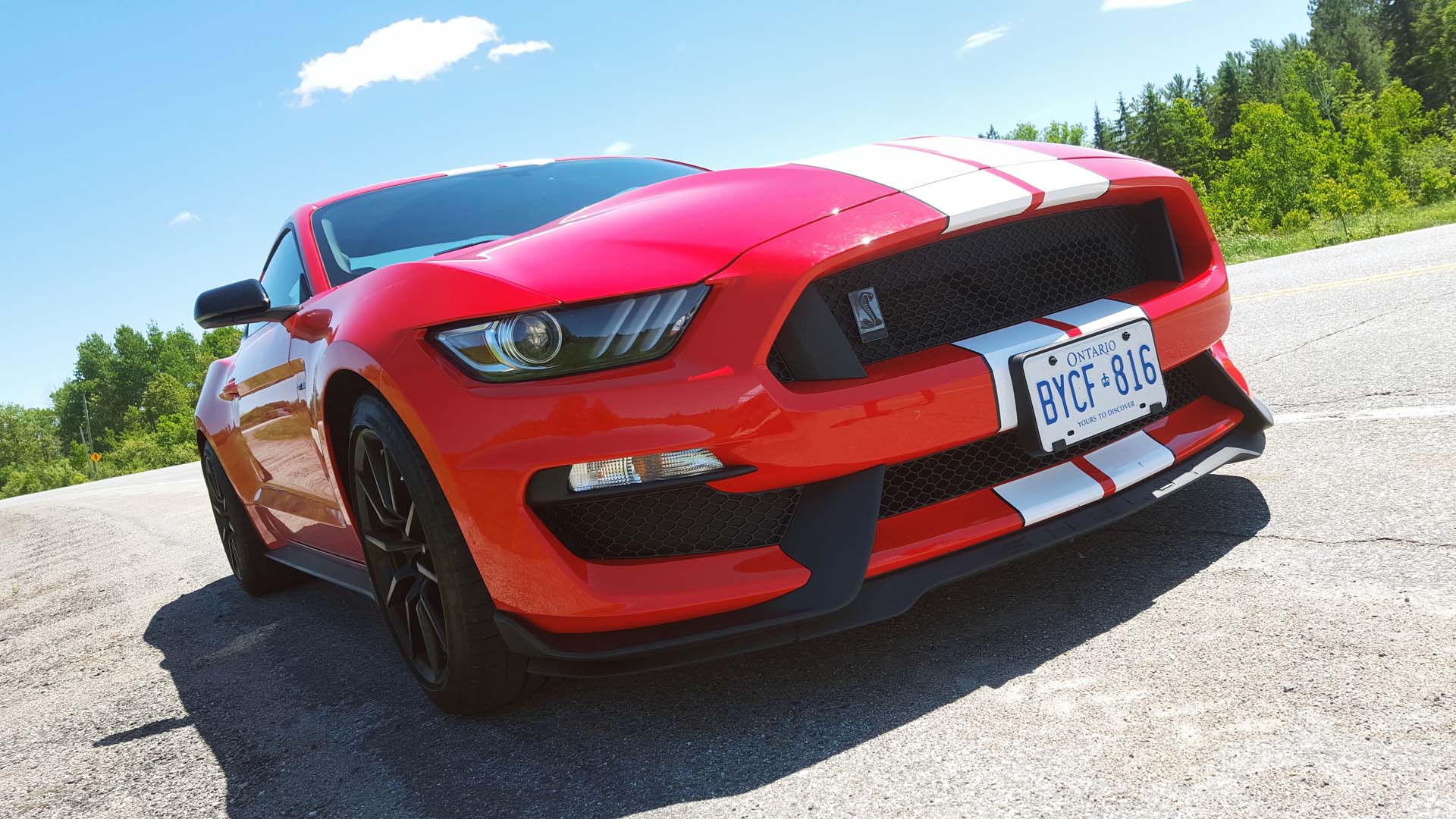 Some vehicles, like the 2016 Ford Shelby GT350 R Mustang, even offer wheels made of carbon fibre, which reduces un-sprung weight, and improves handling responsiveness and acceleration. Also found on the Shelby is a front grille opening support made of carbon composite, rather than heavier steel, to reduce front-end mass and weight, improving handling and efficiency while keeping costs in check.

As a Styling Statement 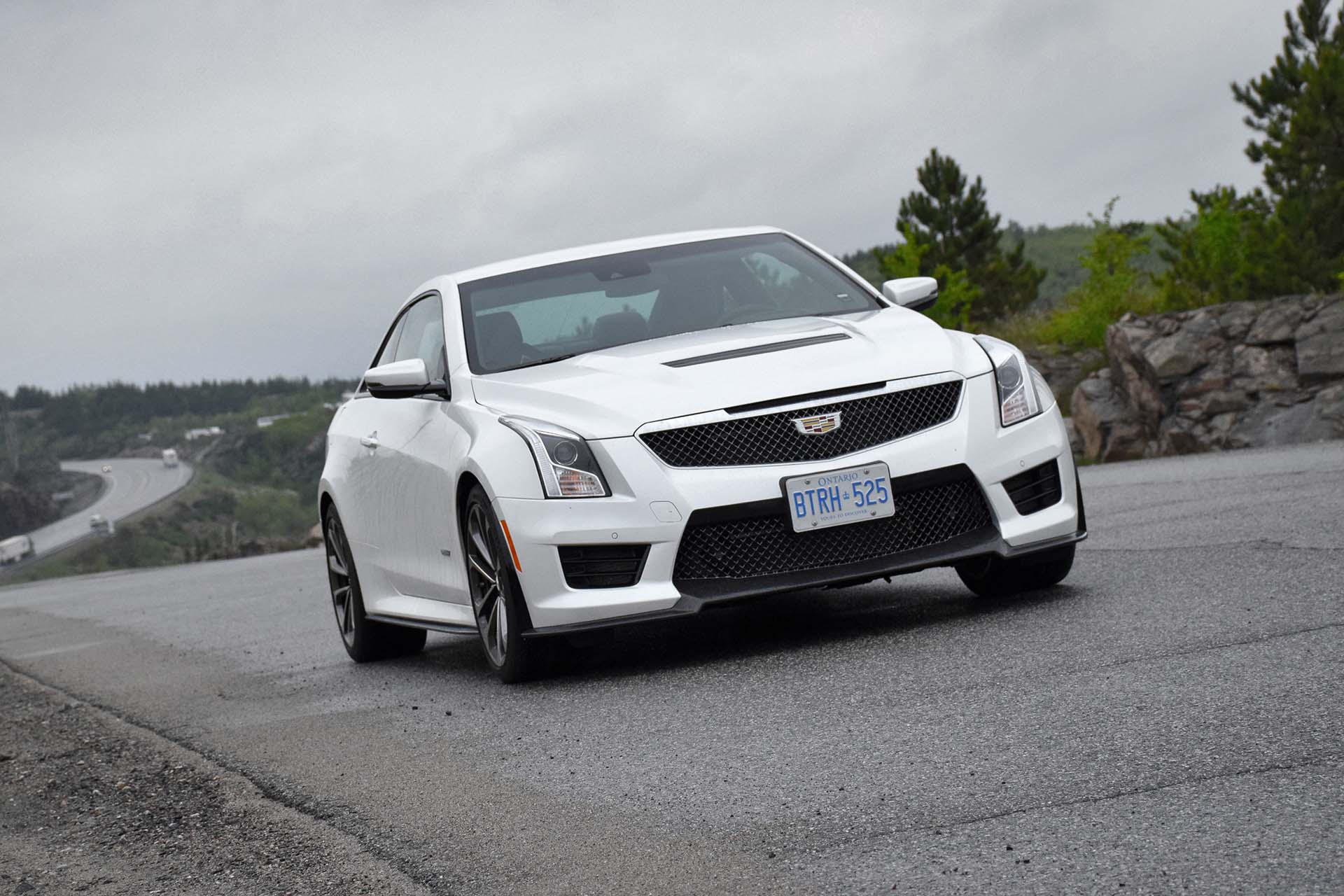 Some cars use carbon fibre as a styling statement, allowing owners to customize their ride with a touch of uniqueness. The Cadillac ATS-V offers available carbon-fibre side sills, a carbon-fibre hood duct, and a carbon-fibre front splitter, for a subtle but effective styling upgrade that adds minimal weight and maximum wow factor.