The Future of Crash Test Dummies The Future of Crash Test Dummies

In February of 2016, a fatal head-on crash involving a 2011 Toyota RAV4 caught the attention of Transport Canada, the federal government department that regulates vehicle safety in this country. In that incident, two front seat occupants survived, while a pair riding in the back seat were killed.

It wasn't until Transport Canada engineers got hold of a vehicle similar to the one involved in the crash, strapped a pair of crash test dummies in the back seat -- similar in size to the people who lost their lives -- and recreated the conditions of the collision that they realized what had happened: a metal part of the rear seat's structure sliced through the rear seatbelts, leaving the rear-seat occupants unrestrained. Their deaths were likely the result of injuries sustained as their bodies were flung about the vehicle's interior.

That's a good example of a design flaw that would have been revealed much earlier if North America's foremost vehicle crash testing agencies -- the National Highway Traffic Safety Administration (NHTSA) and the Insurance Institute for Highway Safety (IIHS), both of which are based in the United States -- placed dummies in the rear seats for every crash test they conduct. 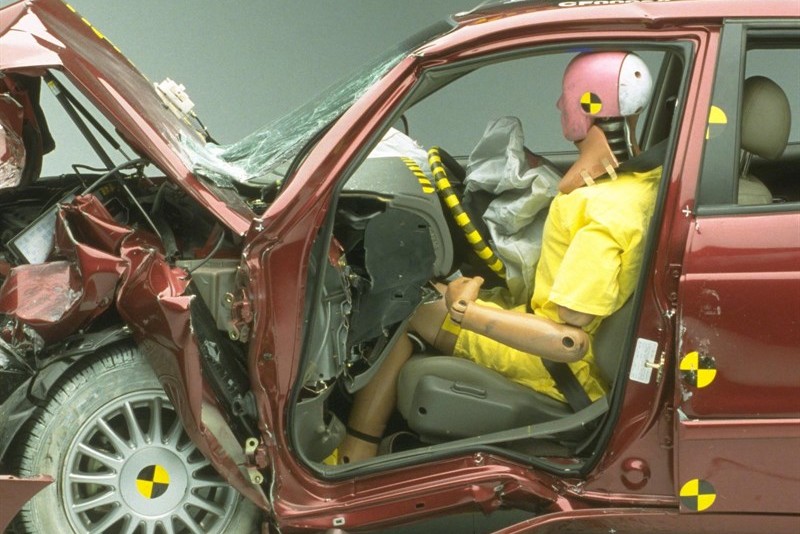 The NHTSA announced today it would start doing just that in 2019, a move prompted by the rising popularity of ride-sharing services like Uber, which is boosting the number of rear-seat riders in a wide range of vehicles beyond those typically used as taxicabs.

It's important to clarify that both the NHTSA and IIHS do currently use rear-seat dummies to help gauge a vehicle's ability to protect occupants in a side impact. The NHTSA's forthcoming change means its frontal impact tests will provide a telling glimpse at how well vehicles protect rear seat occupants in crashes like the one that killed the pair riding coach class in that RAV4.

There's no doubt this development will affect how cars are built; we wonder how long it will be before we see the first airbags designed to protect a rear-seat occupant in a frontal crash.

Another crash safety development that's been in the news lately is that of female crash test dummies -- or their general under-use. Again, they're not non-existent: the IIHS uses small dummies designed to mimic the size of a 12-year-old child or a small woman in its side impact tests, and the NHTSA places a "small-sized adult female" dummy in the front passenger seat for its frontal crash test, and in the rear seat for the side-impact evaluation. 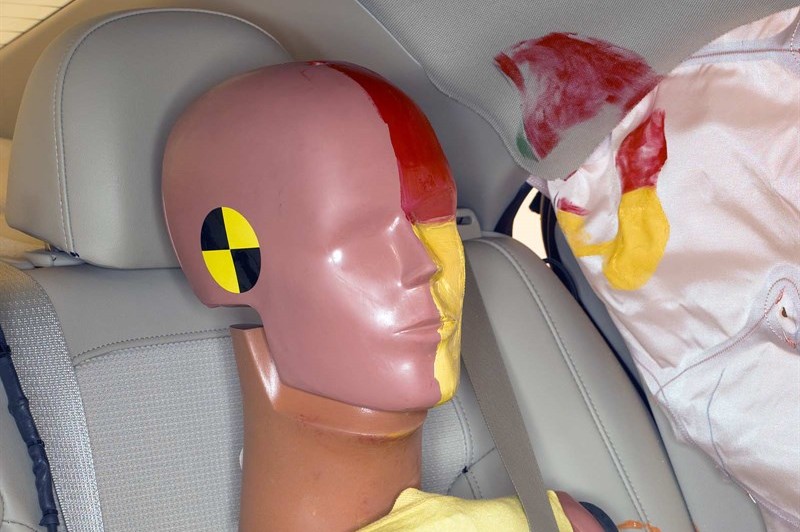 What is apparently not done is to put a female dummy in the driver's seat, or acknowledge the fact that not all women -- drivers or otherwise -- are the size of a 12-year-old.

Statistics show that females are more likely than men to be injured in a crash. That fact is driving research on how to improve crash safety for women, including work done in 2013 by the Swedish National Road and Transport Research Institute to develop a female crash test dummy.

Ride-sharing putting a new focus on rear-seat occupant safety. 5/31/2016 9:00:59 AM 5/31/2016 9:00:59 AM
About Chris Chase
As a child, Chris spent most of his time playing with toy cars in his parents’ basement or making car sounds while riding his bicycle. Now he's an award-winning Algonquin College Journalism grad who has been playing with real cars that make their own noises since the early 2000s.
Follow me
AdChoices
Latest Articles