The pedestrians crossing the road in front of me looked bemused by my singing. Or frightened. Or both. The thing is, I didn’t care. There’s something incredibly cheerful about pootling around on a scooter. The Yamaha BWS is no different. Around town it is easy to ride and capable, shooting in and around traffic with total ease. 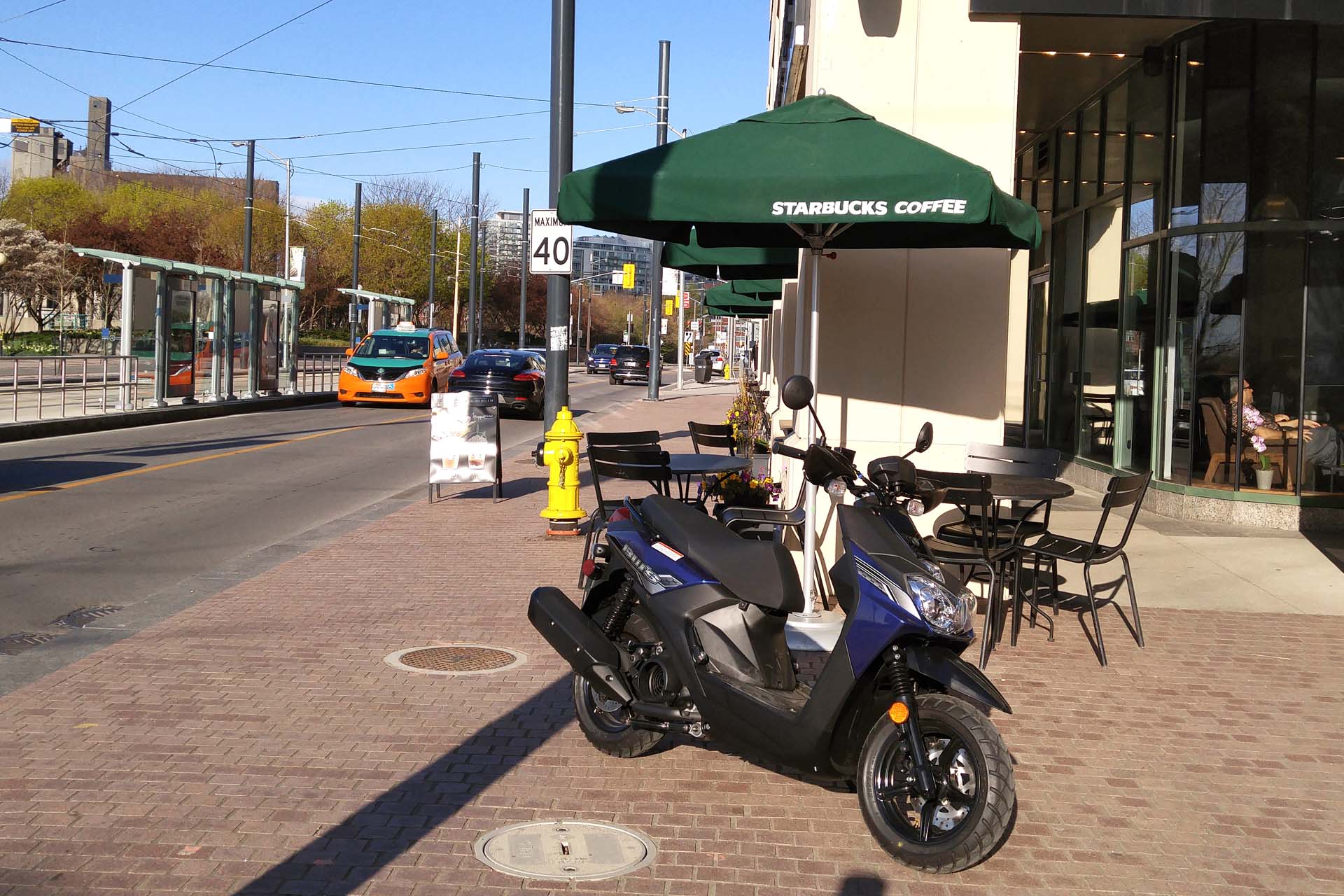 The throttle is responsive low down and the usual scooter combination of small engine plus CVT transmission makes short work of stop-go traffic. Low seat height, relatively comfortable seating and a tiny on-road footprint all help to make maneuvering in the city as calm and unfussy as a flat white at a café. The updated styling is aimed at making the BWS seem more rugged and sporty at the same time with more aggressive headlights and a pronounced “beak” covering the front wheel.

In places like Australia, where many people’s sole transport is a motorcycle, it’s not uncommon for them to also own a scooter like this one as a second bike: something for short hops to the shops or even the commute to work through urban traffic. And even in Canada the scooter makes sense as a cheap, convenient conveyance for part of the year.  Insurance is fairly low and the $3,899 asking price is decent value in this writer’s opinion. 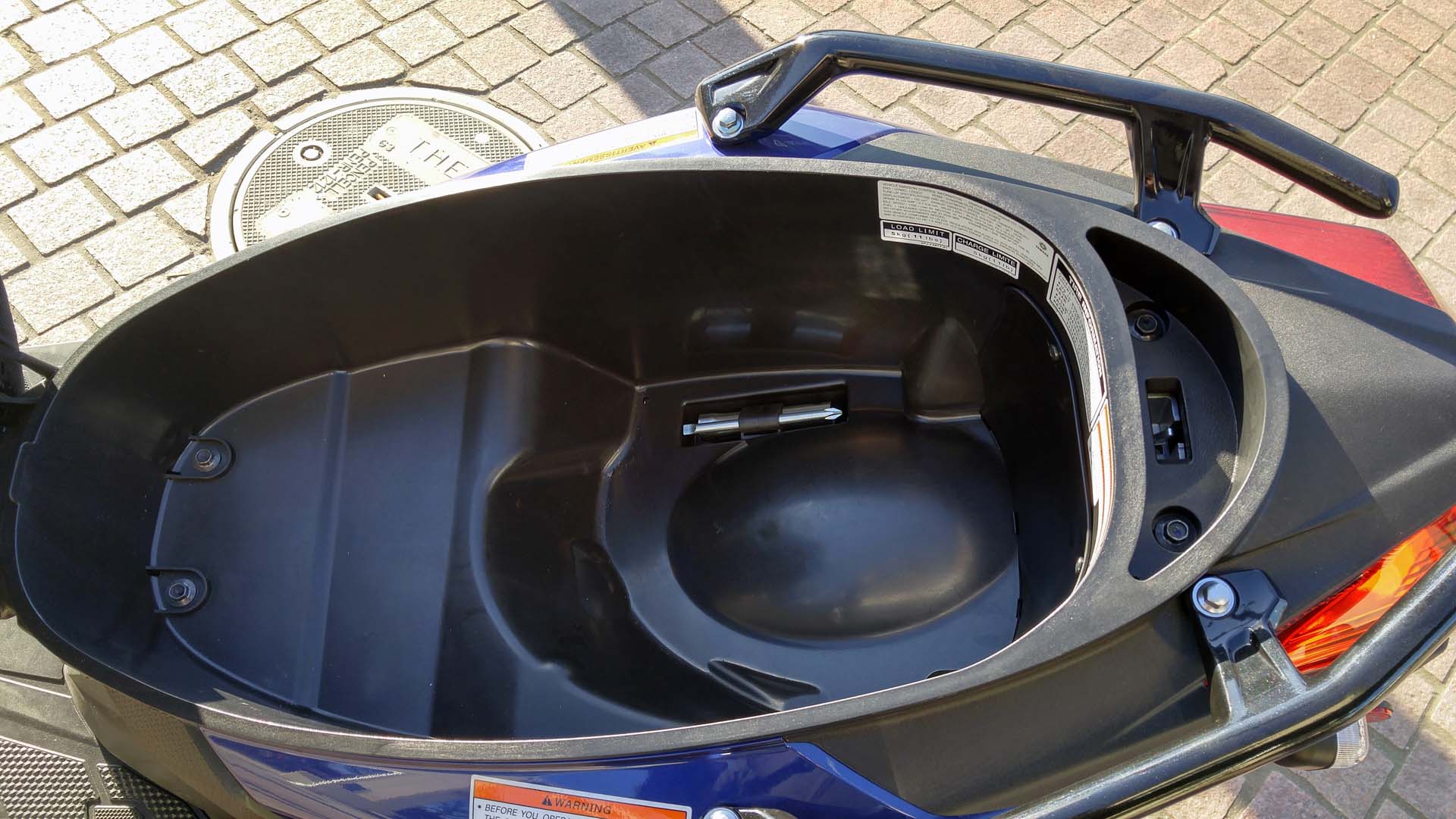 On the subject of Australia – BWS is also the name for a bottle-shop down there. It’s short for Beer, Wine and Spirits and is a well-known bottle-o. There’s also a bottle-o called “Bottle-o” but I digress.

Point is: you can easily fit a six pack into this Yamaha’s under-seat storage. You can also fit a full-face helmet or a large backpack. The shopping bag hook in the footwell is sturdy and solid, though the open storage pocket next to the ignition barrel feels too exposed to be really useful. A lid would help it.

There are other trade-offs too. The BWS struggled to make highway speed – so if you regularly have to commute via highways it might be a non-starter for you. Something like the Honda PCX150 is more capable of hitting 110-120, and even the Grom (MX125) did 110 when I rode it last year. The BWS only got to 95 with much coaxing and I’m 10 kg lighter than I was when I rode the Grom. This is a much larger bike than the Grom though, at 119 kg wet with a 1,305 mm wheelbase and 780 mm seat height. 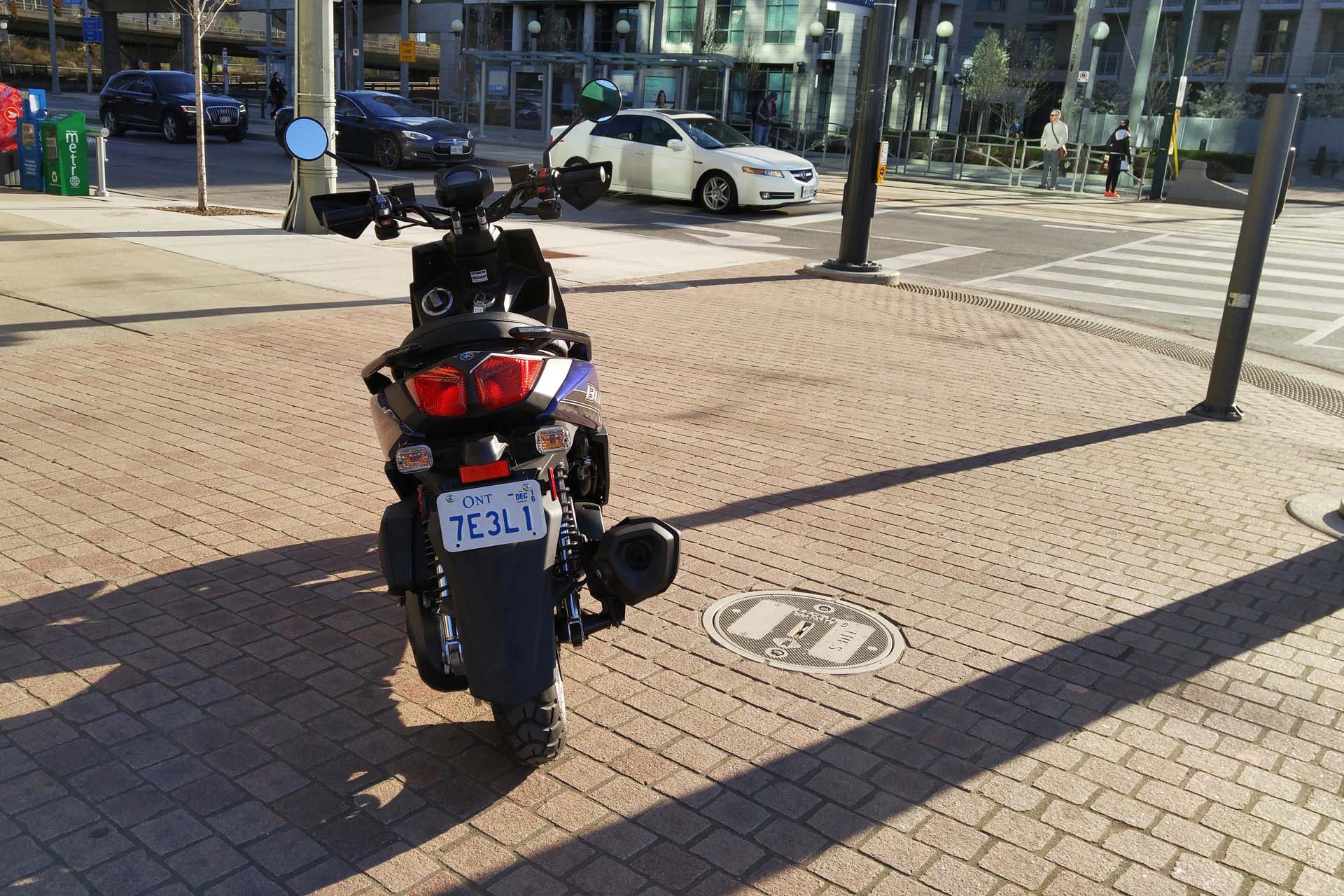 There is no fuel economy readout in the fairly basic trip computer but I saw a hand-calculated 3 L/100 km in my time on the BWS. That’s before it was broken in and with a fair amount of flat-out running.

The BWS feels substantial for a scooter but has a rougher ride than I was expecting. Its firm suspension offers confidence-inspiring cornering angles but I think most scooter riders might prefer a little more forgiveness in the suspension – especially over Toronto’s winter-ravaged roads.

Or, if you like you can just dodge the potholes. Why go through them when you can zip around them. It’s like winter made an autokhana course for you on your way to work. Zippity-doo-dah, zippity-eh!