Naked sport bikes have enjoyed a surge in popularity in North America over the past few years. Kawasaki has been doing the naked sport bike thing for well over a decade now and its Z1000 is one of the benchmark bikes in the segment.

It has proven to be successful enough in Canada that the Japanese brand decided to bring over the 2016 Kawasaki Z800 – a middleweight offering along the exact same lines.

It’s powered by an 806cc inline-four, on paper a clean sandwich between Yamaha’s one-two punch: the FZ-09 and FZ-07. It’s the outgoing FZ-09 the Z800 will most often be compared to though, thanks to its similar dimensions, pricing and the Z800’s heft, which I’ll get to shortly. 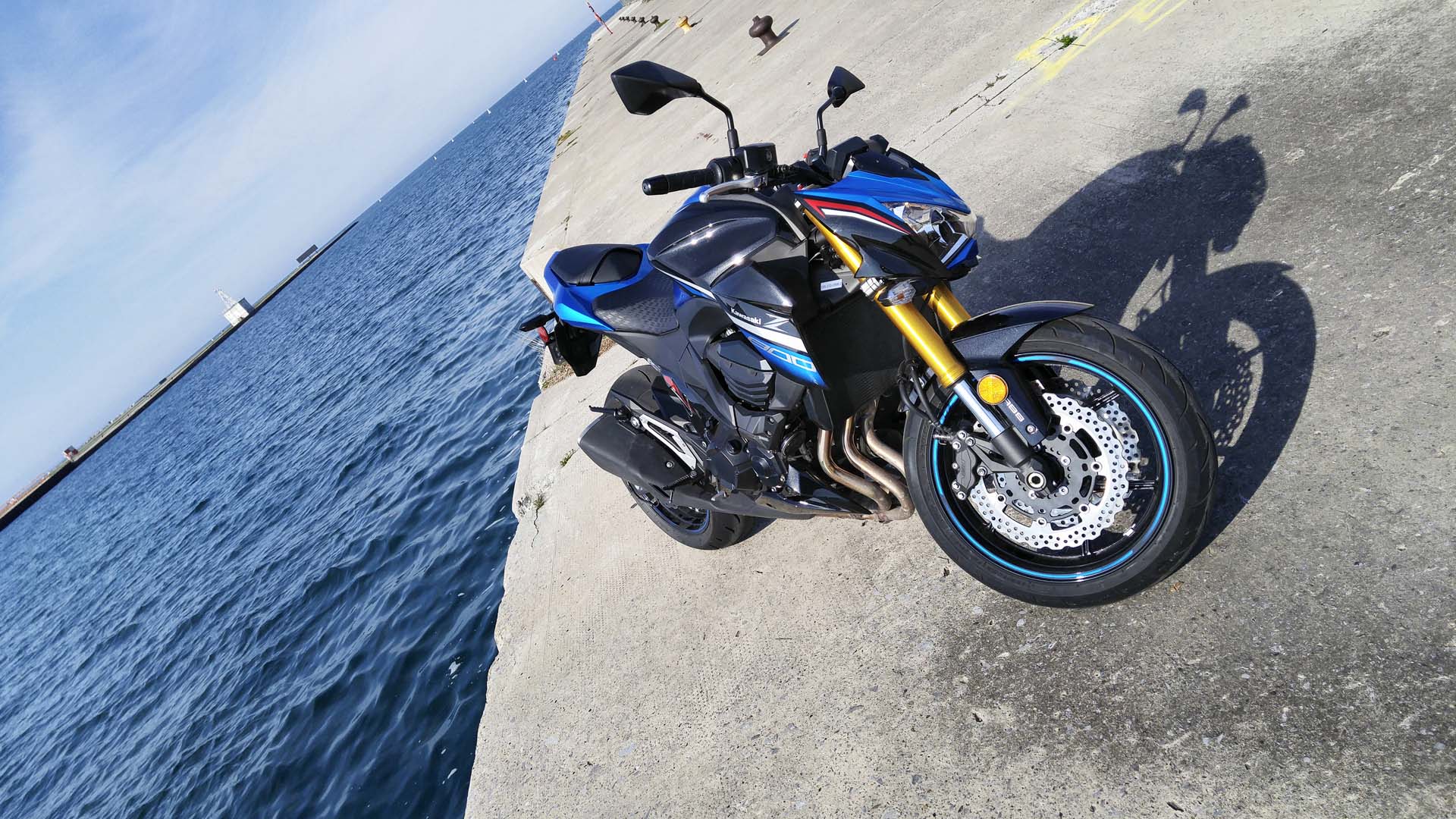 Smooth and progressive is the best way to describe the power delivery of this sharply styled streetfighter. The throttle builds steadily but confidently to speed and the engine note follows the same linear progression up to the 12,000 rpm redline but as revs climb you’ll feel some vibration and tremor creeping in. It would appear this engine is most comfortable smack bang in the middle of the rev range.

Part of that power delivery smoothness probably comes from the heft of the Z800. At 231 kg it is a solid 43 kg heavier than the FZ-09 and while that weight is well hidden in most corners and even at low speed, it is apparent off the line and while mucking about with the clutch and brake lever (in a safe, legal and controlled environment – of course).

The weight of the bike doesn’t help fuel economy either - I saw 6.3 L/100 km as my week-long average, which is more than I would expect for a bike in this class and the conditions.

Safety fans will appreciate that ABS is standard but hooligans might wish for an “off button”. Personally I found the ABS system unobtrusive and had to work hard to bring it on via the front brake – even lifting the rear wheel slightly under braking without triggering it. On the back wheel the ABS kicks in a lot sooner but its interjection is less violent than some I’ve tested. Again, smooth is the word of the day here. 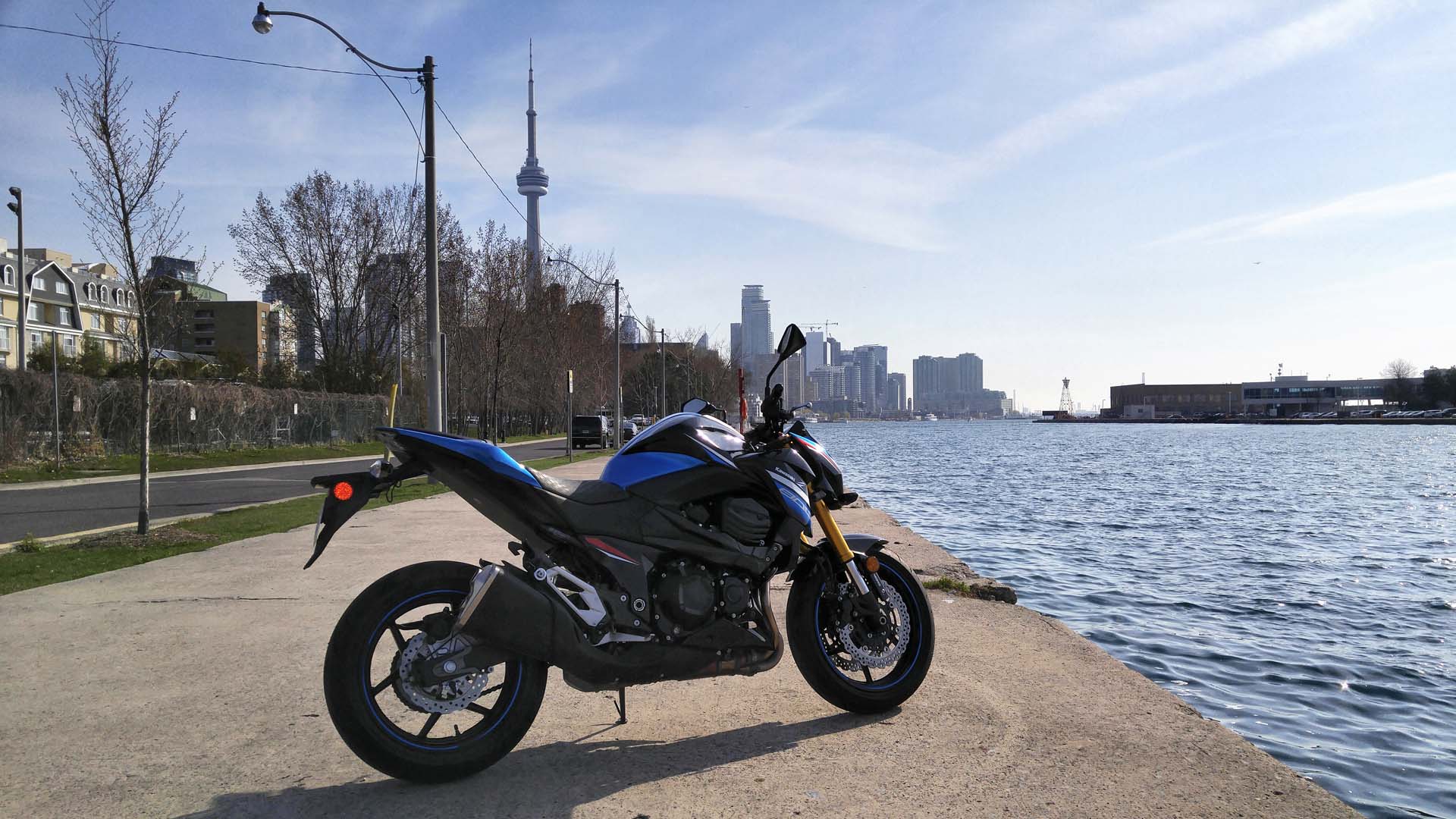 Pushing the Kwakka through some of my favourite longer corners demonstrates just how locked-on and composed this bike can be. It tracks true even over larger bumps and through changing road surfaces. On one pass over a ground-up roadworks section – the sort of corrugated road that sends other bikes into conniptions – the Z800 held its line and never fussed once. Despite the rudimentary-looking box-style swingarm, the back wheel finds its way to contact with the road cleanly and evenly, giving good feedback and a secure footprint at all times.

I appreciated the Z800's ergonomics. The bars are well-spaced and high and all the controls fall easily to hand. At 5’6" I’m a shorter rider and the Z800's 834-mm seat height is better suited to taller riders, but still I felt comfortable perched aboard for long periods of time. Most of that tall seat height comes from the generous ground clearance of 150 mm, as the overall height is quite low. It looks mostly like an airbox from certain angles and that’s part of the charm of this style.

If you’re looking for something hectic with wheel-hiking shenanigans and hyper agility you might be better suited going down a step in displacement and looking at the Yamaha FZ-07.

But, if what you want is a composed, smooth and ultra-stylish naked sport bike that you can live with comfortably every day, the Kawasaki Z800 might be more your speed. 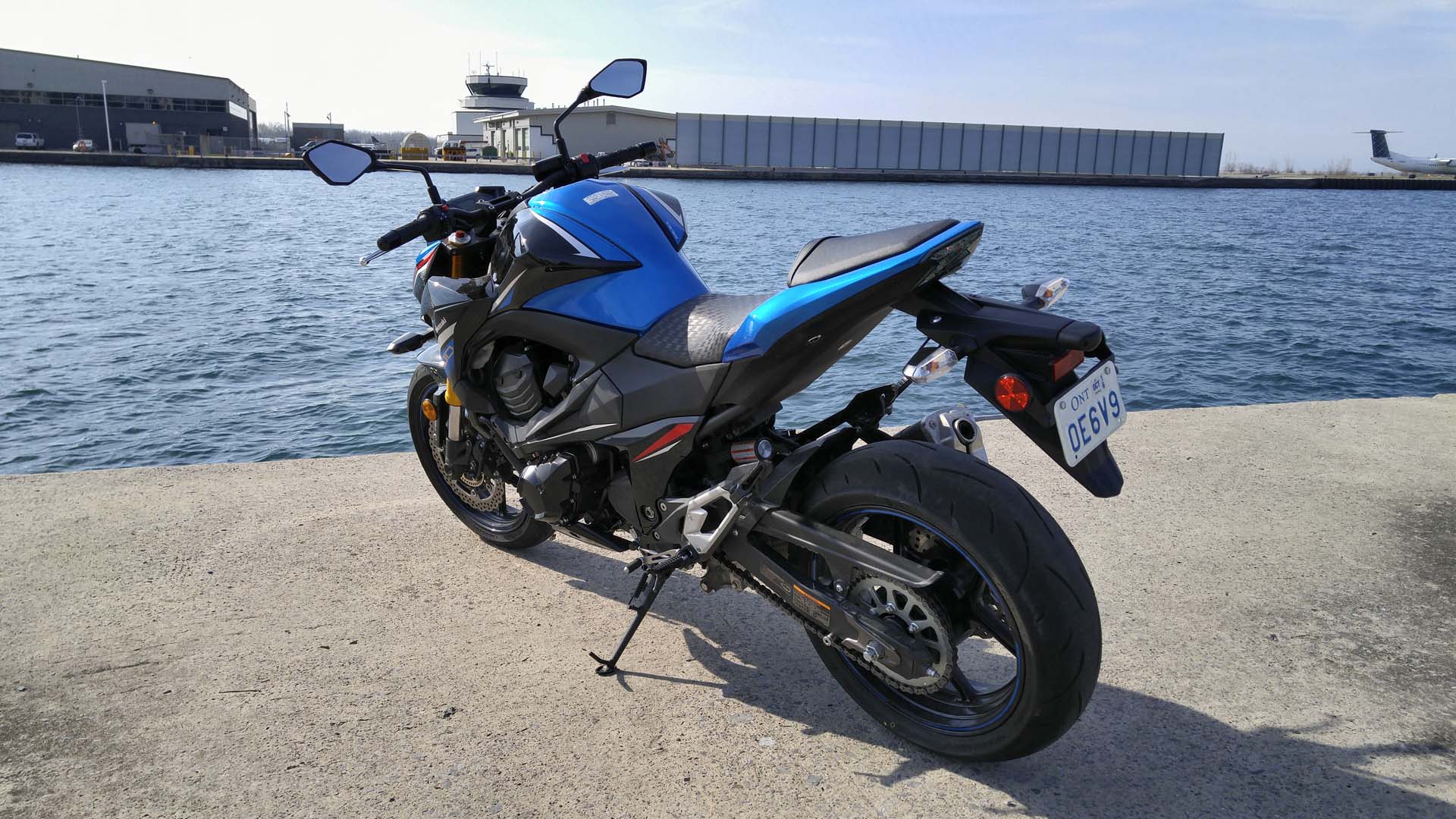