The Packard Motor Car Company was one of the longest-lasting of the original American independents. Founded in 1899 in Ohio by the Packard brothers and George Weiss after the latter was frustrated when his suggestions on how to improve his own Winton automobile went ignored by the company.

Packard would go on to make startling inroads amongst wealthy Americans by concentrating almost exclusively on high-end cars (although a few trucks were mixed in, too). Eventually, the automaker would find a broad audience in Europe and Asia as well for its exquisitely styled and powerful vehicles. By the time the Depression hit, Packard was able to leverage its unique single assembly line system (with all cars based on the same basic platform) to ride out the economic chaos – and in fact while away the malaise by producing some of its most opulent models. 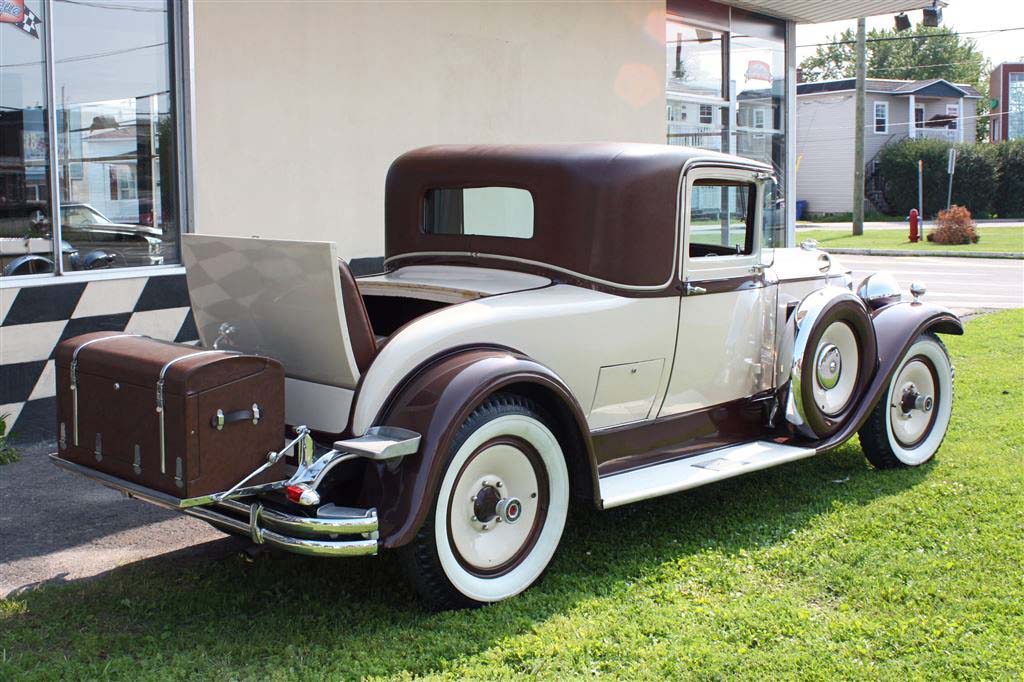 This 1930 Packard 733 RS Coupe is indicative of this unusual strategy. Featuring an inline or 'straight' eight-cylinder engine good for between 90 and 110 horsepower from its 5.3 litres of displacement, the '733' in its name denotes its overall length of 134.5 inches. This particular model could be had with and without a roof, as well as in sedan, limousine, and even seven-passenger editions, deftly illustrating the interchangeability of Packard parts on its one-platform system. A four-speed manual transmission was standard with the vehicle, alongside drum brakes at all four wheels.

The 733 was a very popular model for the brand, and the fact that Packard was able to sell just over 28,000 vehicles in 1930 – a mere one year after the stock market crash – was a minor miracle. It wasn't going to last, however, and as the financial outlook worsened in the United States, Packard began to move down-market. The next-in-line Packard 120 served as the gateway to a second line of business that was much more moderately priced – less than one third the cost of the 733 RS Coupe – and an entirely new factory was constructed to support the shift. 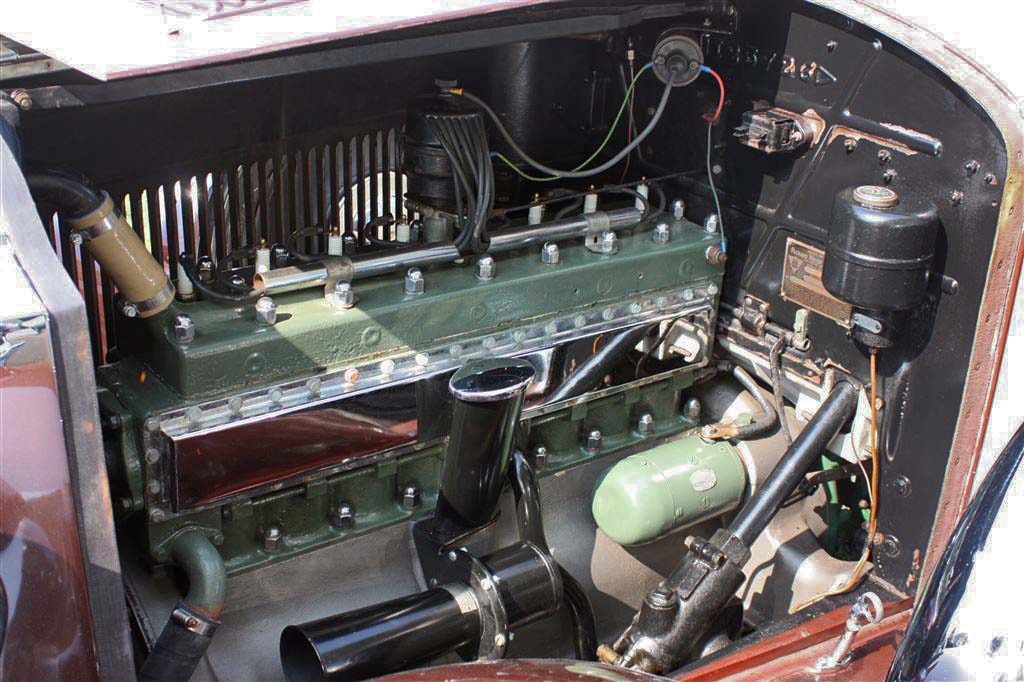 As the economy improved, Packard continued to build ultra luxury models, but the affordable 120 gave birth to the Super Eight as sales of its inexpensive cars swelled. World War II called for a break in production that saw the company transition to building airplane motors until 1946, when it was time to re-focus on the consumer market. It was here that Packard began to chart a course that would see it lose its way amongst the growing consolidation in the auto industry. Management blunders tied the company to tooling it had purchased all the way back in 1941, and the company was forced to watch almost every other brand introduce new body styles and platforms until 1951, when it could finally afford a fresh design of its own.

This 1949 Packard Deluxe shows just how different things were at the automaker compared to 1930. It bears similar styling to the Clipper first introduced eight years beforehand, albeit with a number of additions to the bodywork from a 1947 refresh that added as much weight as it did differentiation from the older design. Also known as the Packard Deluxe 8, the vehicle was intended to satisfy high-income earners, and it continued the brand's tradition of offering a straight-eight engine (this time generating 130 horsepower). Despite its pre-War roots, the Deluxe carried a price tag of more than $4,000 in 1949, making it one of the most expensive Packards on the market. 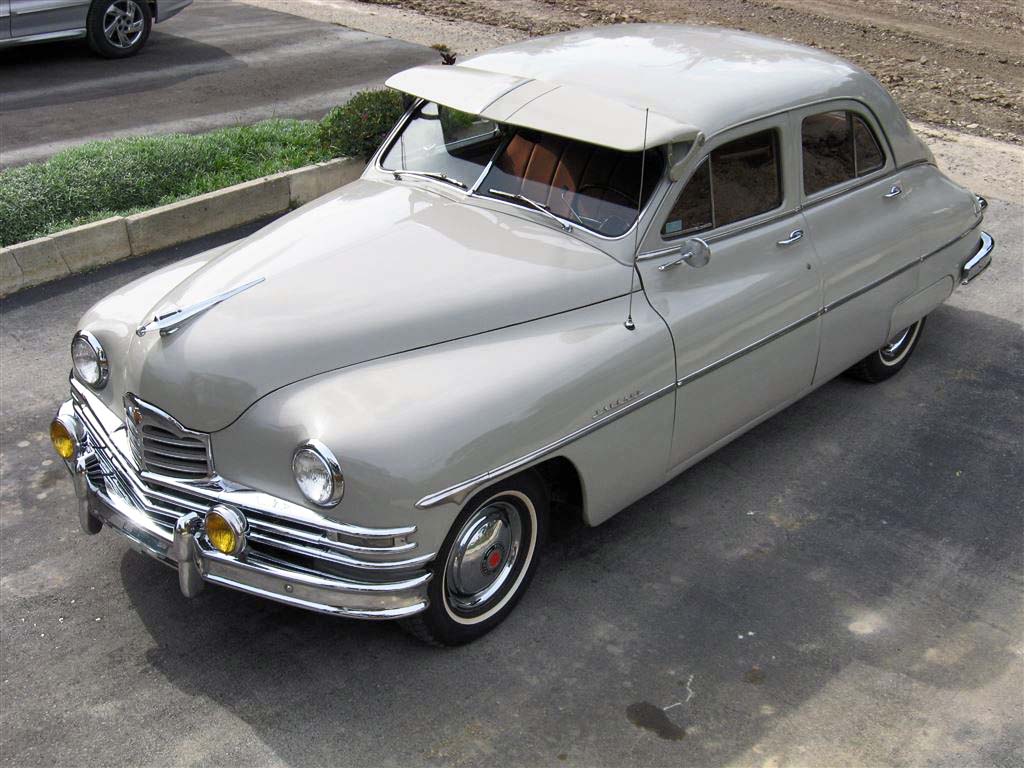 Even in the face of styling inertia, customers stayed loyal to the automaker almost until the end of the Clipper era. Unfortunately, by the time the '50s rolled around, companies like Cadillac began to outpace Packard in the features, power and style departments – and for a lower price. As with many car companies in the modern era, Packard's decision to pursue volume instead of focusing on its core luxury business – at one point even entering the taxi fleet game – caused it to lose its standing amongst well-heeled consumers.

Detroit's Big Three would pound away at Packard for the rest of the decade, and after flailing around to find a partner with the resources needed to battle General Motors, Ford, and Chrysler, Packard finally bought out Studebaker and attempted to badge-engineer its way to profit. Aside from a few bright spots, Packard would not survive its alliance with the son of South Bend, and by 1959 its name was erased from Studebaker's catalogues and dealerships. Three years later Studebaker-Packard was but a memory, with Studebaker itself succumbing to market pressures by 1967 and closing that chapter of automotive history completely.