Every automaker has that handful of models so special, so impactful, that they write entire chapters of the company’s history on their very own. For BMW the 2002 is high on that list.

Along with the rest of the Neue Klasse sedans and coupes from the 1960s and early ’70s, the 2002 is legendary for the key role it played in establishing the marque’s performance mettle and putting it firmly on the map as a world-class sporting car company.

Much more recently, I awoke one morning in Munich with no clue that I was about to drive one of the finest examples of the BMW 2002 left on the planet.

It happened as part of a tour of what will soon become the world headquarters of BMW Classic. At the time the new facility wasn’t much more than a mud pit on the outskirts of Munich, but when it’s ready later this year it will become home to a single vast and centralized library of classic BMW cars, records, and literature.

Among the cars held in that department’s care is a 1973 BMW 2002 tii that has been meticulously maintained in gleaming, immaculate perfection.

As I first approached it I found it a little underwhelming; especially having just perused a number of more distinctive-looking models. Such as a BMW 507 worth roughly $2 million which I was able to caress and sit in but didn’t get a chance to drive.

The Neue Klasse body style is unmistakable and ubiquitous, and because of its familiarity the 2002 tii looked so unassuming on first blush that it practically blended in with the brickwork on the walls behind it. 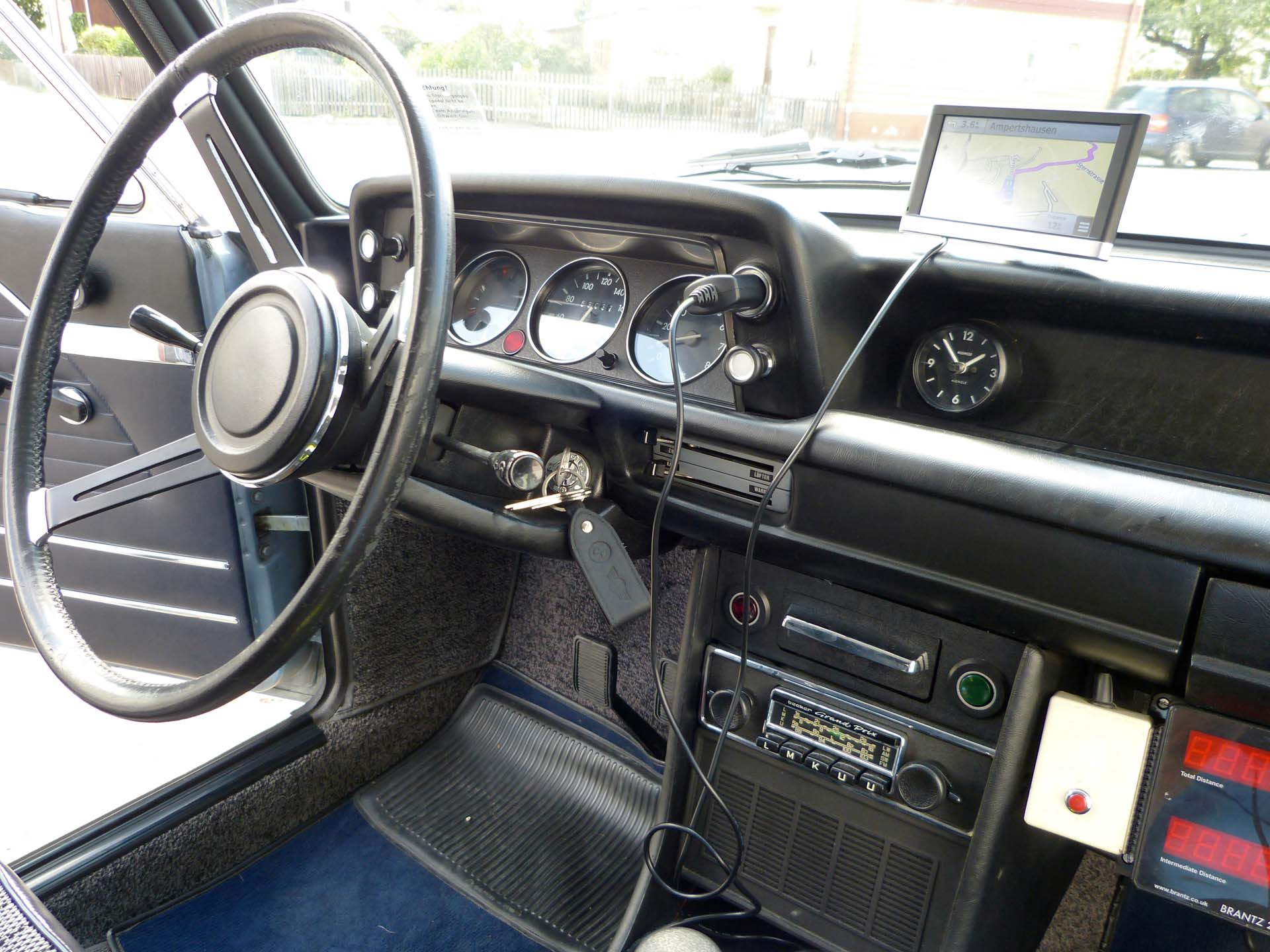 Where the magic begins is in its weight. This engine was lifted from the four-door BMW 2000, and when dropped into the two-door 2002 tii it has 160 kg less to haul around – a scant 990 kg all together – giving a top speed of 190 km/h to a car from which you’d never see it coming.

For a price of 12,765 Deutschmarks – roughly $4,750 Canadian, a pretty darned big ask on price at the time, especially for a car so small – you’d have thought people would have wanted something more visually striking.

But those in the know understood how they were getting their money’s worth.

I understood, too, once I slid into the driver’s seat, turned the key, and put it into gear. That’s when those traits that can never be quantified on paper were given a chance to shine.

The funny thing is that by today’s standards this car wouldn’t be considered all that remarkable. But in the early ‘70s, when plenty of automakers were still churning out absolute dogs that were roughly equal in weight and handling to humpback whales, the lithe and lively little 2002 tii would have been an unabated marvel.

This is a car made for a time when far more people understood driving as an art form. As we inch ever closer to cars that can drive themselves, I found it spellbinding to come across a car with such a stellar power-to-weight ratio that has no power steering, no power brakes, a smooth-as-silk four-speed stick shift, and a trio of pedals that allow one’s focus to turn to perfecting footwork. Getting into a classic of this vintage usually means preparing for a fight; in this, I never felt like I was wrestling so much as dancing. Great automotive engineering like this has become as underappreciated as skillful calligraphy.

While I piloted this car through the German countryside, flitting through orderly, identical-looking old villages strung along the back roads like pearls on a necklace, I felt as though I had been transported forty years back in time. Only the solar panels dotting the terra cotta rooftops snapped me back to modernity.

Sure, it might require a turn of the key to fire up, a crank to lower the windows, and a sweat in the summer heat. But for a chance to see how very far automotive technology has come – and how far along it already was in 1973 for those who sought it out – those inconveniences are a very small price to pay.