Today, you can go to your local Kia or Chevrolet dealership and buy a sub-$40,000 car that’ll all but drive itself (for brief periods, at least) if you have your hands off of the wheel, don’t brake when you should, and even if you’re texty-drifting right on out of your lane. It’s incredible just how frighteningly effective the cars we have available, RIGHT NOW, are at compensating for driver error, and keeping bad drivers out of accidents.

Yes, yes. These features could save a life, a bad driver will roundhouse kick a dump-trunk with his quarter panel safety systems or not, and it’s all a matter of choice. Shoppers want them, and automakers are delivering.

Soonish, it seems, some of those choices will be comprised of rides that require virtually no driver involvement as they maneuver about their business while you read the paper, take a nap, or fill out an online banking application.

Are self-driving cars the end of driving? The end or motoring pleasure? The end of performance? Maybe so, maybe no. Earlier this year, I was chatting to a famous rally-car, race-car, and stunt-car driver at an event over a grown-up beverage. He loves the idea of autonomous cars, and even helped Google train the drivers who train the Google autonomous car to collect data about the world around them.

He said he welcomes the impending wave of self-driving rides.

“Right now? I’d love to hit a button my phone, have a little pod car come around, and take me to the airport, while I finish this glass of wine,” he said, sipping.

I’m not such a fan. If cars drive themselves one day, I’ll probably be out of a job reviewing them based on how they feel, function, drive, steer, accelerate and handle, and will spend the balance of my working life restocking toiletries at the local Super 8.

Also, I just plain don’t get how they’re going to work.

Let me backtrack. I know how they ‘work’. There are sensors and cameras and fancy software programs and processors that look at other drivers, infrastructure, pedestrians, road markings and the like, and make a billion calculations a second to keep the pink bag of skin, fat and bones inside safe and comfortable and content and intact.

What I don’t get, is how they’ll work when it comes to driving, when the driving is lousy.
The other day, Mother Nature gifted me with a massive snowstorm while I drove the new Lexus RX F SPORT four hours down a highway that didn’t have a square inch of visible pavement on it. This machine packed every conceivable hazard-detection system known to the luxury vehicle marketplace at the moment, and throughout the previous week, I thought they all worked pretty well, pretty seamlessly, and pretty consistently.

I’m not the shopper who’d pay extra for systems like these: I don’t require assistance keeping my lane, if I rear end-someone, it’s my own stupid fault, and I’m a firm believer that “Blind Spot” is a term invented for people who don’t practice effective mirror positioning. If I was buying an SUV for my mom, it’d be a different story. 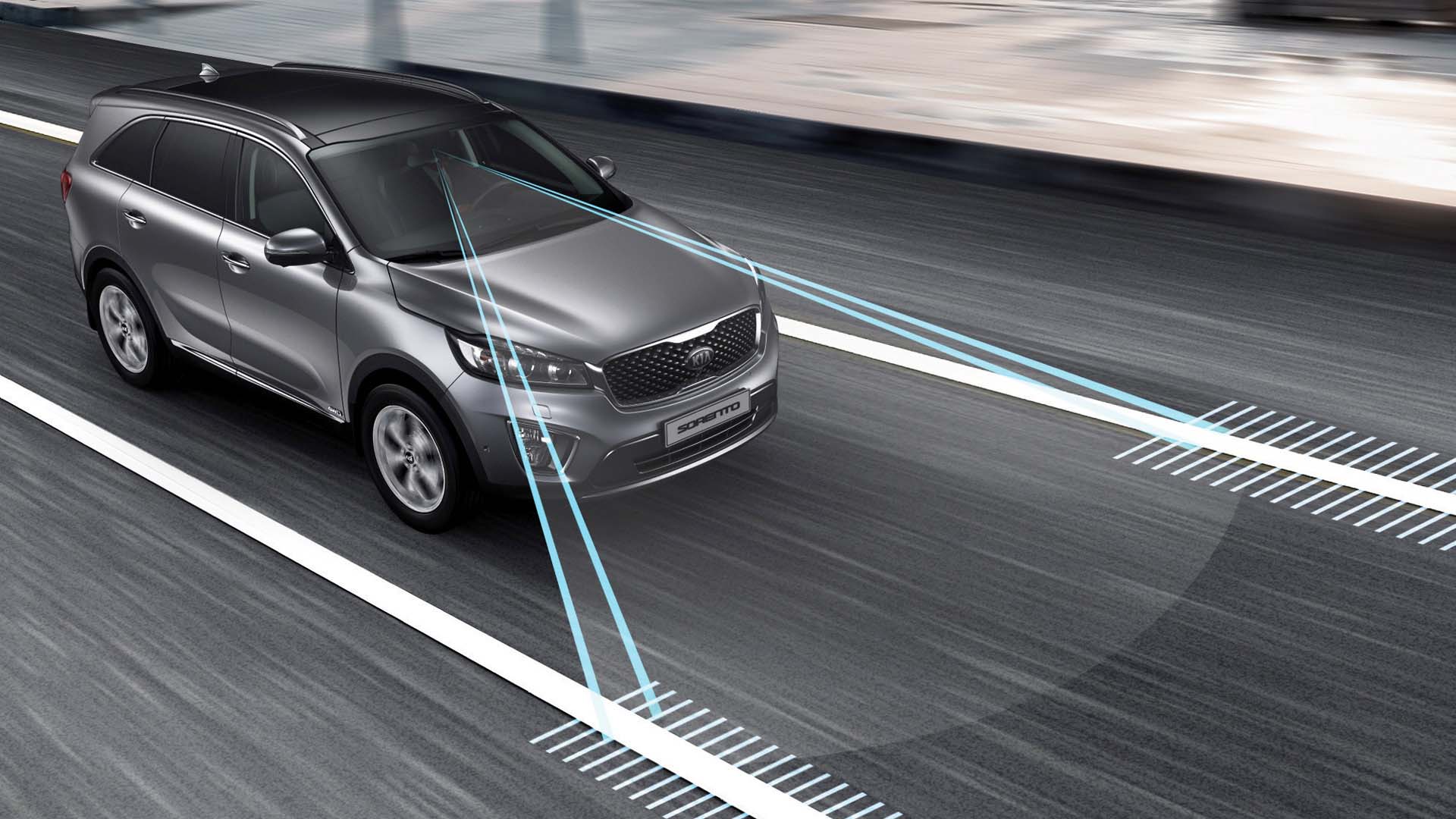 In this blizzard, none of the Lexus’s hazard-detection systems were operational. The camera couldn’t see the buried road lines, the radar cruise system signed off about four minutes of snowfall blocked the sensor, and the parking assist radar, caked in snow and ice and slush and salt and sand and a crusty layer of other assorted road-borne yuckiness, beeped loudly for 73 hours every time I engaged reverse, telling me that it was blocked. I just used my mirrors, instead.

How will an autonomous car see its surroundings if its radar is blocked by snow? What if the camera is clear, but the road markings are under a foot of fresh powder? Can the radar sensor see through three feet of packed powder, when the steel guiderails beside highway 69 are buried? Can it read a sign that’s caked with snow-plow slush-splatter?

Do the sensors know the difference between a snow-plow blade and another car?

And God help us all if these autonomous driving systems rely on the position of other motorists as a reference point. Have you ever seen the motoring masses try to find their lane, when the lanes aren’t visible? In this situation, in my locale, motorists arrange themselves along the road like a herd of gerbils.

I imagine a couple going out in a snowstorm. “Hal, the roads are bad, I better use Auto Pilot and let the car handle the driving, just to be safe,” or something to that effect. Will us clumsy humans rely on our autonomous cars in the sort of situation where they might be the most poorly-informed about their surroundings?

Or, say its winter, and things are clear, and your car is calling the shots effectively, when an obnoxious bro-truck flies past you, doing 135 km/h, stirring up a big puffy cloud of snow and blinding the cameras? And can those cameras see enough detail to discern the white, grey and brown patchy colors of a dirty highway snowbank from a similarly-colored wolf, sitting still on top of it, waiting to pounce into the roadway? On one evening a few years back, my eyes sure couldn’t.

So: will our self-driving pod cars need to call on us for a quick decision at a point where we’ve just been watching House of Cards on your iPad for the past 20 minutes? Does the car know how deep that snow-drift is, and whether or not it’ll power through it, or just get stuck like a fly on fly paper? The list goes on. Winter driving poses a list of challenges, both lengthy and serious, and though many humans handle these poorly, I wonder if the emerging autonomous car programming will do any better.

Apparently, Ford is working on the challenges of autonomous winter driving, relying to some degree on very detailed 3D maps of the road, pre-programmed into the vehicle ahead of time. DigitalTrends.com reports that Volvo is using a fancy new processor that can better handle unexpected challenges in autonomous driving than previous versions, and make better use of data collected in inclement weather. In Ford’s case, anyways, a video shows an autonomous Focus driving around in a little bit of slush, and a little bit of light snowfall. Cute.

This automotmous winter driving is something automakers have a grip on. They’re working on it. And hopefully, they’ll do some testing on Highway 69, in the snow-belt, in mid-January.