Under the Camouflage: Kia Niro Hybrid

There are two ways to unseat a giant: build a bigger behemoth, or if that's not possible, then settle for a prettier one. Eye-candy has distracted more minds than any combination of loud noises, rational arguments, or vibrating smart phones since the beginning of time, and thanks to how human beings are genetically wired that seems unlikely to change.

Sometimes it helps, of course, if the colossus in question seems to be doing its utmost to give you an unlikely assist. When Kia set out to at least bounce a few pebbles off of the Toyota Prius' lofty noggin with the all-new Kia Niro hybrid, its designers couldn't have imagined that the Japanese brand's next-generation gasoline/electric flagship was on the cusp of showing its most polarizing face in years. Suddenly, the strategy of building a dedicated hybrid wrapped in a pleasingly conservative SUV shell seemed like more than a winner – it seemed like a sure thing.

I need to qualify that statement. When I headed to Namyang, Korea, to drive the Niro at the automaker's research and development facility I had no idea what I was in for. As in, no one told us anything about the brand new addition to the Kia family until we were well-ensconced inside the complex's gated grounds with our cameras and phones confiscated.

My qualification comes in the form of a frank look at the hybrid market. You see, nobody really buys them. Hybrid cars are like the sports cars of the eco-set: you've got a poster on your wall, but probably don't have one parked in your driveway. To date, the Prius has been the only hybrid model to sell in anything resembling volume, which means that even if Kia were to chip away at Toyota's sales it would still be looking at a thin slice of a very small pie. 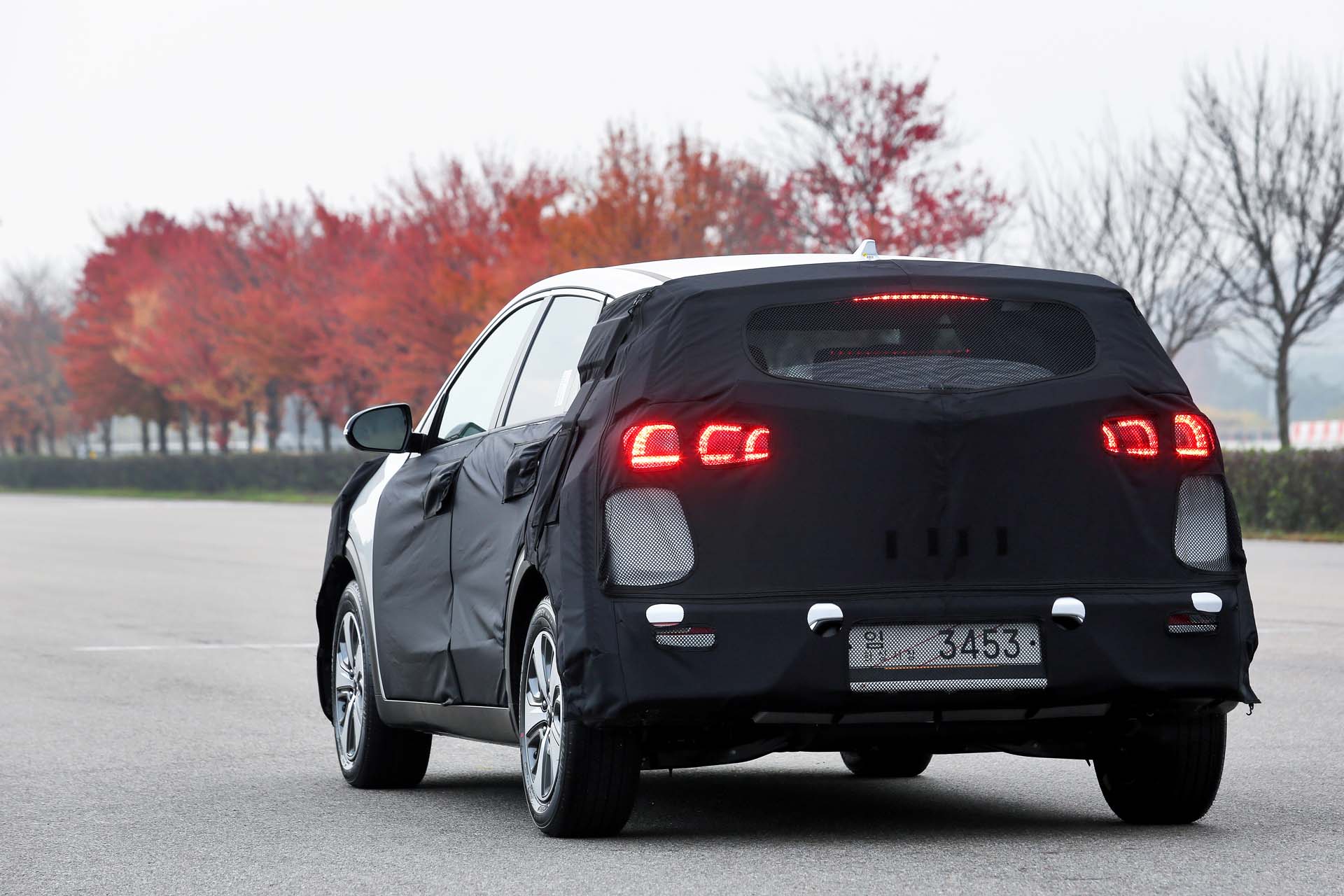 In Your Face, Toyota

That being said, the Kia Niro is about more than appealing to potential greenies seeking a break at the fuel pump. Primarily, the Niro serves as a rolling tech showcase for the Korean upstart, a chance to prove to the world – and its rivals – that Kia’s gathering market momentum, in conjunction with corporate parent Hyundai, is a force to be reckoned with on the automotive landscape.

Witness the sheer investment Kia has poured into the making the Niro a reality. First, there's the matter of the small crossover being built on its own unique platform, one that the brand has no immediate plans of sharing with other members of its product lineup. That alone indicates just how serious Kia is about the Niro: rather than simply walk the same path it did with the Soul EV (where an existing model gained an electric drivetrain as a proof of concept/compliance car), the Niro was designed from the ground up to take full advantage of its hybrid drivetrain.

The gasoline/electric setup in the Kia Niro also happens to represent a shift in how manufacturers approach the affordable hybrid market. Instead of appropriating the system used in either the also-new Kia Optima Hybrid sedan (or PHEV edition of the same), the Niro boasts a smaller, 1.6L four-cylinder direct-injected engine working together with a single electric motor to generate an estimated 130 hp. Where things get really interesting is in the transmission department, where Kia has installed a six-speed dual-clutch unit rather than the continuously-variable design that has become the de facto standard for most modern hybrids. 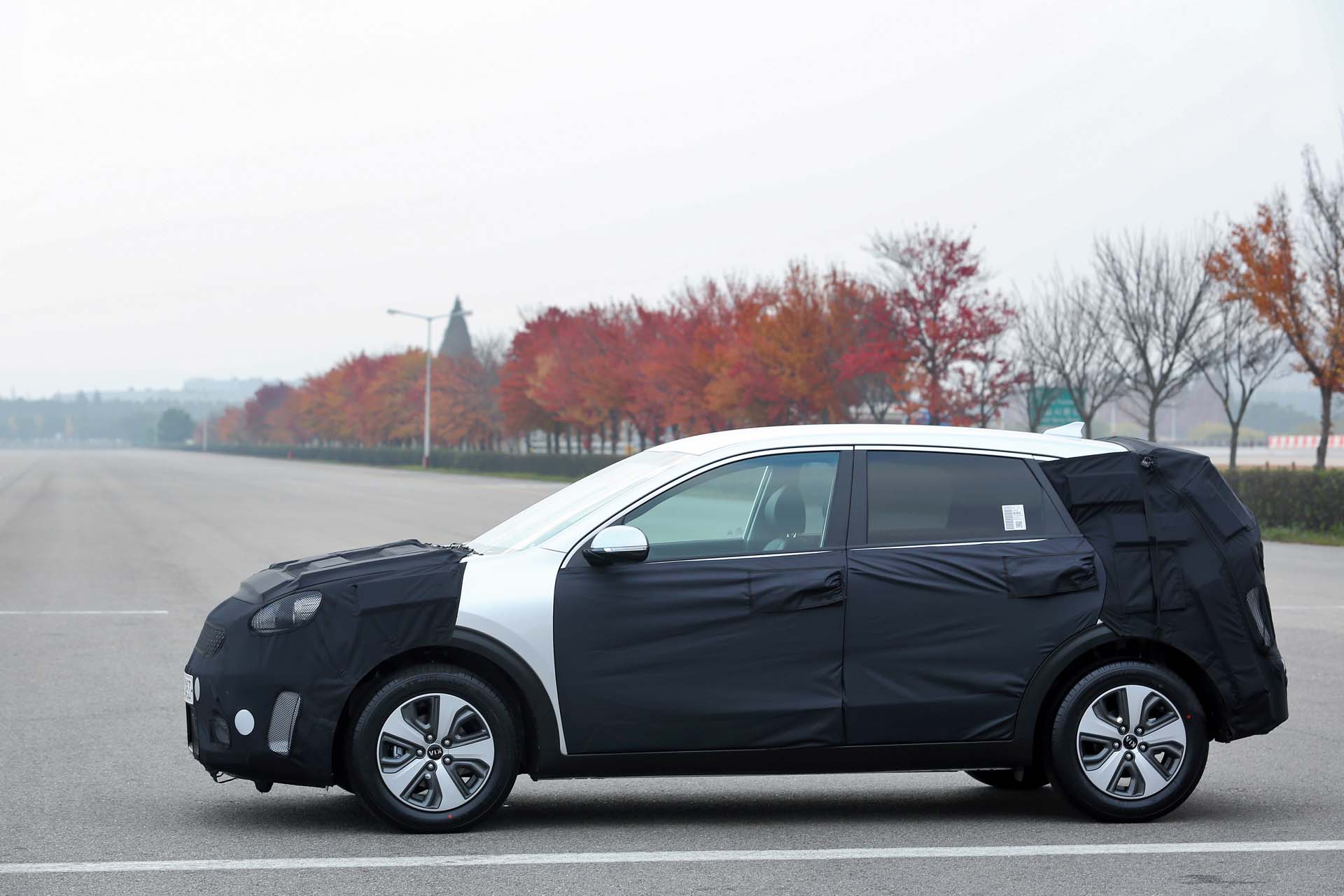 The benefits of the dual-clutch design were immediately apparent upon driving a heavily camouflaged version of the Niro through some of Korea's more industrial enclaves. Rather than the nebulous sensation of forward thrust that can sometimes accompany CVT-equipped hybrids like the Prius or the Ford C-Max, Kia's small SUV drives very much like a normal car. Braking, too, is a cut above past Kia hybrid efforts, with a smoother transition between the vehicle's regenerative system and its traditional stoppers.

There's little price to pay at the pump for the Niro's friendly character: Kia is predicting 4.7 L/100 km combined once official efficiency testing has been completed. 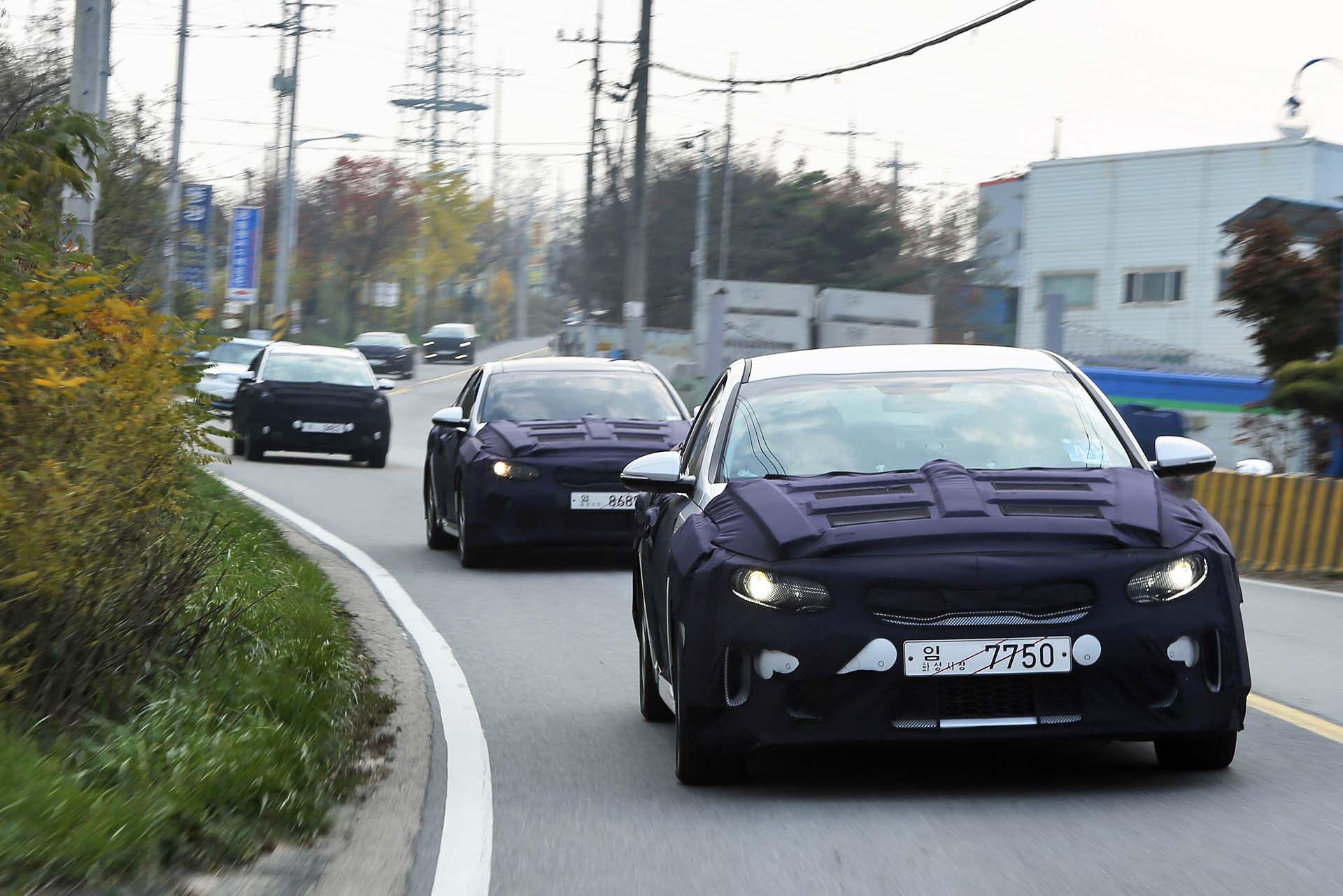 It's useful, it's frugal, and its subdued styling looks nothing like the Mars-by-way-of-Venus Prius redux that should test the loyalty of even the most devoted hybrid buyer. What's missing is a price: Kia hasn't told anyone how much it's going to be charging for the Niro's pink slip. This most important piece of the nascent hybrid's package is going to be the determining factor for the majority potential buyers, especially when executing Operation Prius Mightier to pry those established owners away from Toyota's eco-crack pipe.

Still, the gauntlet has been thrown down. Kia's willingness to spend, spend, spend its way into a market where the financial returns don't match the potential prestige of showing up one of its toughest rivals is sure to catch nearly as much attention as the Niro itself. It's not quite Reagan versus the old men in the Kremlin, but it's certainly an arms race where batteries and tailpipe emissions have taken the place of missiles and tanks – and the Niro is locked and loaded.