This month? An all-conquering attainable supercar designed to give pricey rocket-coupes from around the globe a run for their money. The Nissan GT-R came back to market for model-year 2009, capturing the magic of earlier Nissan Skyline GT-R models with twin-turbo power, all-wheel drive, and performance figures and lap times typical of cars with considerably higher price tags.

Today, a few-year old copy can be had for very reasonable money, especially where velocity, performance capability, pedigree, and the power-to-price ratio are priorities.

This two-door, four-seat, all-wheel drive sports coupe was engineered to deliver world-class performance on a relative budget. Look for Bluetooth, navigation, multimedia inputs, steering-wheel mounted audio controls and a special 11-speaker BOSE audio system for if you get tired of listening to turbocharger sound effects.

All models get a 3.8L, twin-turbo V6 engine, hand-built to exacting tolerances. All wheel drive and a paddle-shift dual-clutch transmission were standard. Look for power output of 480 hp in early models, that figure increasing to today’s current output figure of 545 horsepower in standard-spec models.

At launch, GT-R’s advertised MSRP stood around $90,000 for a 2009 unit, though that base MSRP quickly climbed well past the $100,000 point after just a few years, and especially if the customer specified a special-edition model, like the GT-R Black Edition, or the GT-R Premium Edition. Early on, GT-R’s were selling at heavy premiums, as supply was low, and dealers tapped into extreme customer demand. 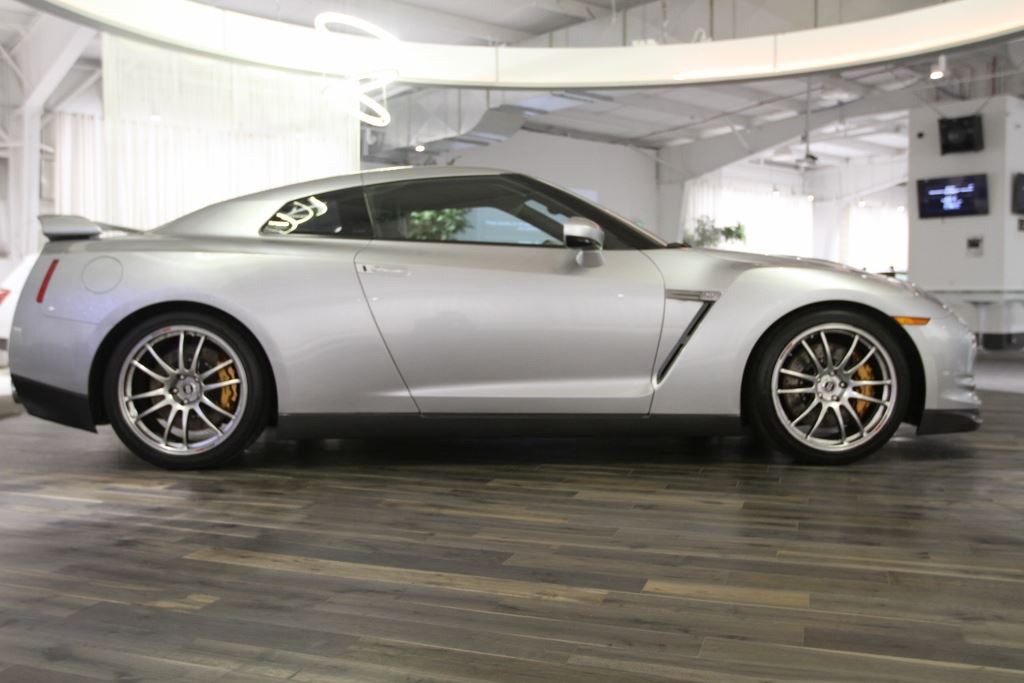 Depreciation isn’t massive on the GT-R, as supply is relatively low compared to demand in the used market, and the car still remains highly enviable. But, with the ability to save tens of thousands from GT-R’s original price and get into a tremendously desirable and world-class performance car loved around the globe, it remains a worthy shopping exercise for the shopper after a big-dollar used performance car buy.

GT-R also boasted a rear seat, ideal for child seats or kids, and standard AWD and generous comfort and convenience features make it an easy drive, any day of the year, and even in winter. Here’s a car that comes with instant respect from other enthusiast drivers, and will make you new friends everywhere you show up.

Best of all, GT-R seems to be an easy car to live with, and yet another example of a reliable Nissan performance car as a used buy, provided maintenance scheduled are adhered to, and modifications are kept to a minimum.

Though the GT-R’s regular maintenance regimen isn’t cheap, being sure to treat it to regular servicing as outlined in the owner’s manual seems an ideal way to enjoy maximum reliability and confidence. As such, be sure the seller is able to provide full service records indicating that all service requirements have been addressed.

A loud or intrusive rattle from the front of the vehicle on earlier models is likely the result of a bad flywheel bearing, though numerous owners have had this fixed under warranty. Rev the engine slightly in neutral to coax this noise out of the transmission, and listen closely. The sound will originate from down in the centre tunnel of the car, below the gear shifter area.

Check tires, brakes and seat bolsters for signs of excessive wear, calling any you note into pricing negotiations. Pop the GT-R’s hood and check the oil, confirming it is fresh and full, not burnt and down a pint or two.

Note that past abuse can be a concern, especially relating to the transmission on earlier models, some of which suffered catastrophic damage at the hands of abusive drivers and frequent use of the mechanically-stressful Launch Control function, which was removed after 2009. Bear in mind that abuse may show itself in numerous ways, including tires and brakes that are worn out, burnt engine oil, unwelcome noises from the suspension or driveline.

Another option is seeking out a GT-R from a Nissan certified pre-owned program. Note, however, that only selected, specially-equipped Nissan dealers can work on the GT-R, so be sure to track down the nearest GT-R certified dealer in your area, as you’ll need to bring your new toy there when it needs some loving.