There's the best-selling two-seat open roadster in the world – and then there's the car that inspired it. Sure, (nearly) everybody loves the Miata, but its success comes in standing on the shoulders of giants. Teeny-tiny skinny little giants.

This is the Lotus Elan, perhaps the purest expression of British-style motoring. True, Colin Chapman's genius also extended to the wonderful Lotus Seven, but that's a much more extreme sort of vehicle. The Lotus Elan is like placing your palm on the warm tarmac. A Lotus Seven is like licking the road.

Introduced in 1962, the Elan would become as big a part of swinging 1960s London as the Mini Cooper, thanks to its famous appearances in The Avengers, as the preferred ride of the feline Emma Peel. Lithe, sinewy, curvaceous – Ms. Peel wasn't bad either. 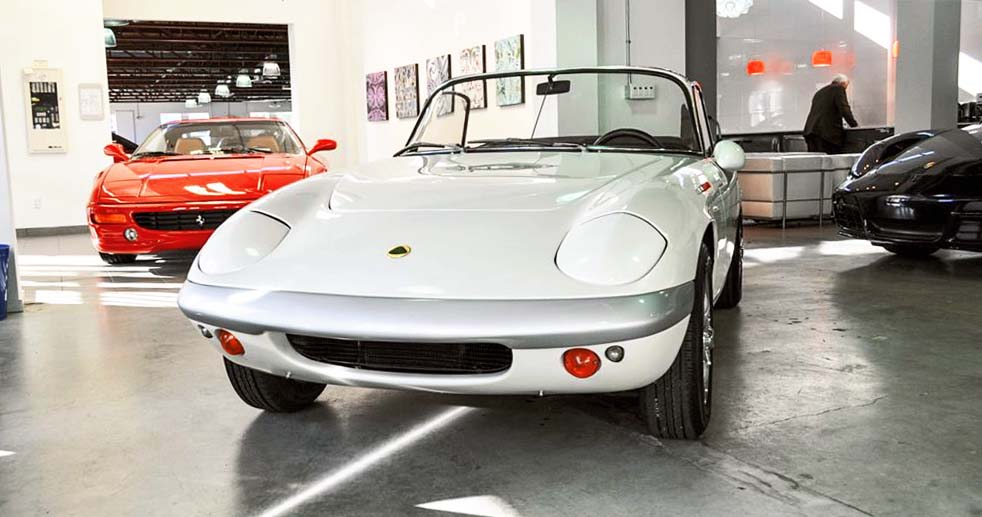 But anyway, here's this lovely S3 version we found at Autoform Performance on Clark Drive in Vancouver. A small high-end dealership, Autoform has a smattering of modern luxury cars, but also some lovely stuff like a couple of E-type Jags and a Maserati 3500GT. If you're feeling particularly sprightly, they've also got a second-generation 1998 Lotus Elan.

Their classic version is immaculately well-preserved, with both paint and fibreglass body reportedly in excellent shape, and the car wearing only the slightest patina you'd expect of a driver. Clearly, its previous owner thoroughly enjoyed the experience as this 1967 Elan has been in the same hands since it was just two years old – some forty-six years.

Now it's up for sale, and comes complete with both a complete original service book, and a tome laying out the history of the breed. Powered by a 115-hp 1.6L Ford engine and weighing in at just over 700 kg, this svelte little meringue of a car is airily beautiful.

It's probably not going to be as easy to live with as the Japanese machines that copied its formula of lightweight simplicity so exactingly, but it's rare and wonderful – a very bearable lightness of being.