The Nissan Design America studio in San Diego opened 35 years ago, but just recently the Japanese automaker announced a new division within the complex dedicated solely to the Infiniti luxury arm.

Dubbed Infiniti Design San Diego, it shares support services with NDA such as digital and clay modeling, but the creative and design process is handled by an independent team in a space reserved exclusively for this right-brain collective.

This California studio joins Infiniti’s other design centres in Beijing, London and Japan.

Richard Plavitech, general manager of NDA says design is now a global process, with ideas, renderings and digital scans of full-size models bouncing around the globe at the speed of the internet. “This studio used to be a satellite, looking upstream at future products, but now it is an integral part of the process.”

With Infiniti on the precipice of its most aggressive product launch, a few journalists were invited into the inner sanctum of Infiniti Design San Diego to get a feel for what goes on. 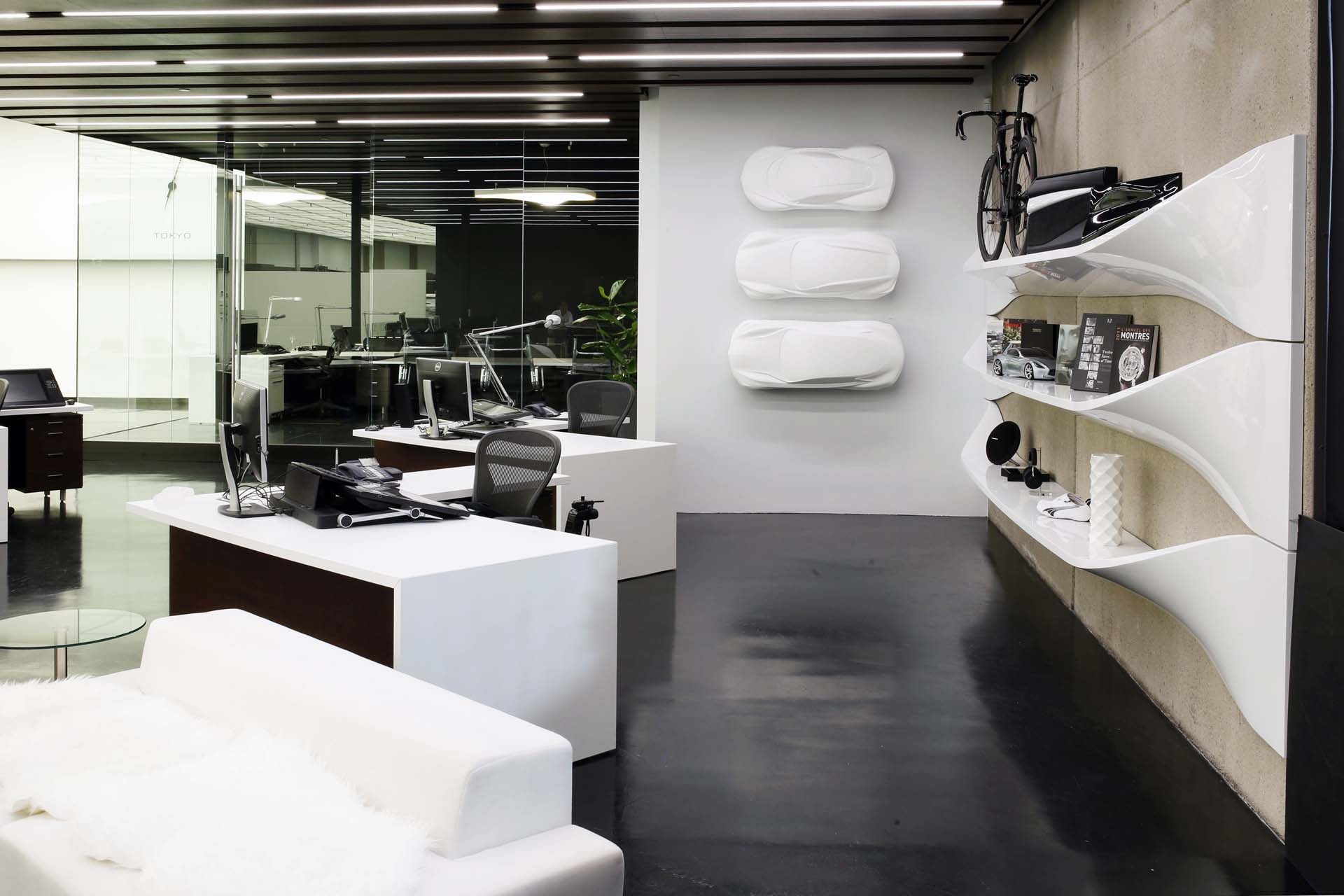 Alfonso Albaisa, Infiniti’s Executive Design Director, played host for the evening. He joined the San Diego Nissan design team in 1988. A Cuban-American raised in Miami, he now lives in Japan and comes across as every inch the passionate, international car designer – groovy hair, cool clothes, high energy and an infectious love of the process. And just about anything that comes out of his mouth is poetry. Heading up Infiniti Design San Diego is a recent transplant from Japan, Hirohisa Ono.

With the birth of any new Infiniti, there is an internal contest between the four international studios. Each will submit five or six proposals, and from there the basics are established, with all other aspects of the car undergoing a similar process. Albaisa says the four studios display distinct personalities. London is all about maturity, solidity and density. China has the youngest designers with some of the more radical ideas. Japan is the master of execution and detail, and San Diego is, well… California. All sunny car culture and in the country where the Infiniti brand was initially launched.

Of course, nothing beats seeing the physical proportions of a car, and that’s where clay modeling comes in. Yep, they still do this, but the process in considerably less labour intensive now. No more ladling on big clumps of clay and muscling them into shape. The basic form of the clay model is cut by a huge milling machine, so designers are now just concerned with finessing the model by hand.

There is a central courtyard where the clay creations are viewed in natural light. For a more realistic look, the vehicles can be ‘painted’ with a plastic film called Dinoc. It is squeegeed on, with the chrome bits rendered in foil and things such as body cut lines brought to life by black tape.

Alfonso aims to rebuild the Infiniti portfolio with an emphasis on powerful elegance. “We want you to feel the handprint of the artist. The metal will be a little bit warm from the hand,” he says while caressing the flanks of some future product. “The body must be muscular and tense, but the muscles are not overexerted.”

And if you’ve ever wondered about the philosophy behind Infiniti’s double-arch grille (or if it even has a philosophy), Alfonso explains. “The top arch represents a bridge over a smooth flowing river (the grille), and the bottom arch is its reflection.” Ahhhhh. Glad we cleared that up.

Alfonso is all about combining complex curves with dramatic creases, and, of course, creating a unique design signature for the brand. “The machine is not cold, the machine has a story.” There is a lot of new product coming down the pipe, all of which will reflect this directive.