Pope Francis is visiting the United States for the first time, and in doing so has added another vehicle to his list of Catholic conveyances.

His ride this time around is a Fiat 500L, done up in somber black to match the U.S. secret service trucks that accompanied him on the drive into downtown D.C. from the airport.

The little Fiat is a big change (or is that a little one?) from the vehicles foreign dignitaries usually bring with them for these visits. Check out how some of the world's best-known public figures have chosen to get around, both in North America and elsewhere.

We're digging how Francis' choice of cars reflects his humility: unlike previous pontiffs, who have preferred posh vehicles like the Mercedes-Benz G-Class and BMW X5, Francis prefers to get around in more affordable vehicles, like a Hyundai Santa Fe, and the Jeep Wrangler he used during a July visit to Ecuador. We're (unfortunately) not surprised Francis chose a closed vehicle for his first U.S. visit. 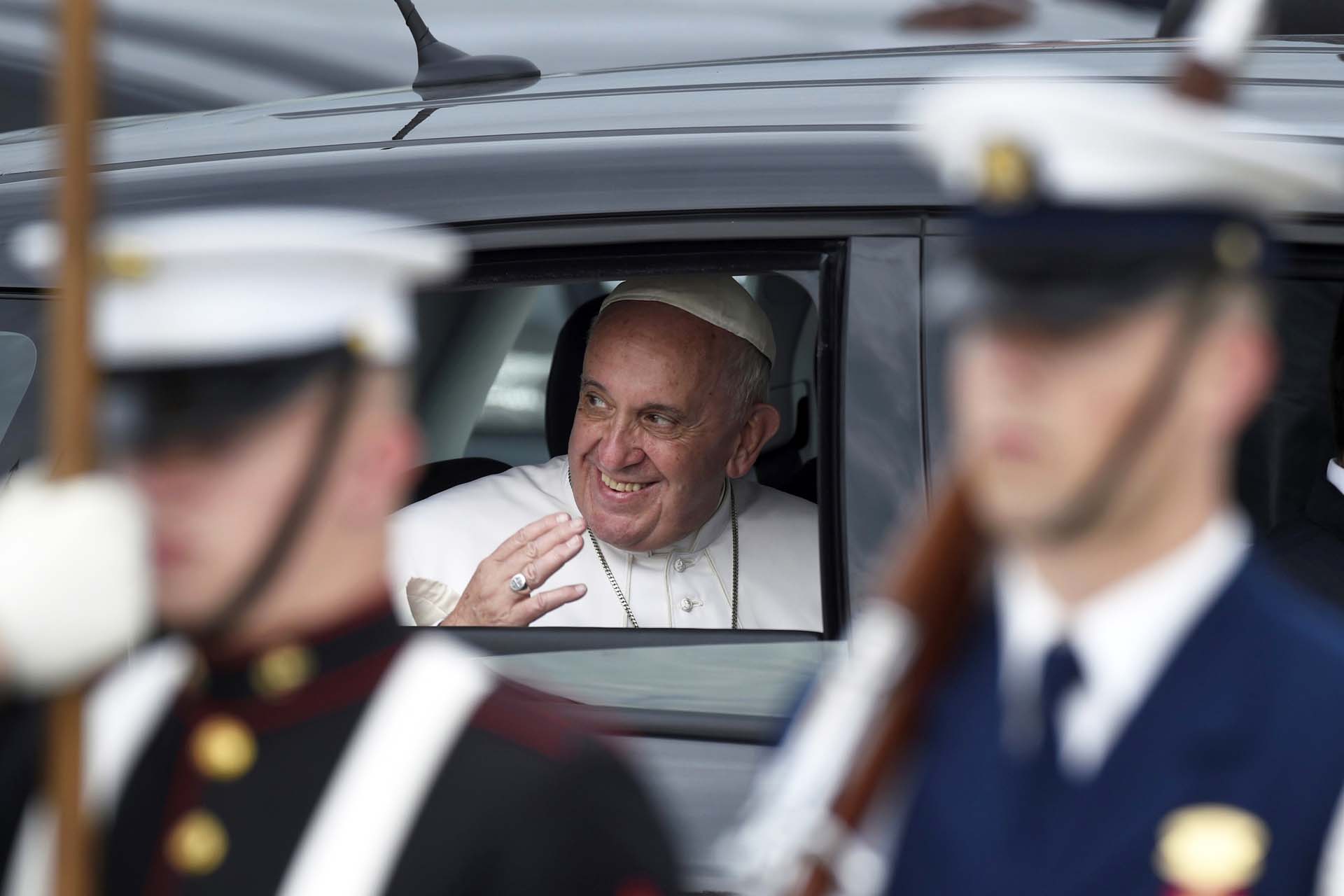 This U.S. visit is significant, as Francis is known for his anti-capitalist sentiments, which many Americans surely can't get behind. That said, we're not surprised to learn he's turned down an invitation to lunch with lawmakers, and will instead dine with Washington's homeless. He came to America following a visit to Cuba.