Come on, admit it: you’ve always wanted to drive a real-life Tonka truck. All those years spent bashing about the backyard sandbox with your classic Tonka dumper, or transferring all that mud from the ground to said dumper with your Tonka front-end loader, must have had an effect on your psyche somewhere.

As recently as 2014, you could have actually gone to the dealership and bought what was likely as close to a Tonka as you’d ever see on lots: the Toyota FJ Cruiser. I’ve even seen examples — painted in yellow, of course — whose owners had actually switched the rear badging for a fully metallic Tonka logo, using the original font.

Now, however, Tonka’s parent company, Funrise Toys, has actually partnered up with both vehicle and part manufacturers to create actual life-sized Tonkas; in fact, there are three to choose from, all based on models available at the dealership, and all turned up to 11 in order to satisfy the kid in us all.

First, there’s the Tonka Tundra, a specially-built Toyota Tundra with over 25 centimetres (10 inches) of lift, 96.5 cm (38 in.) tires and a 500-horsepower—FIVE HUNDRED HORSEPOWER!—supercharged Toyota V8 under the hood. There is no way anybody would be stepping on you at the playground if you had the keys to this baby in your pocket.

Next up is the Tonka 4Runner, which gets the same lift treatment as the Tundra, but swaps that truck’s Addictive Desert Designs rack for a pair of ladders. Why? Because, how else would you access the tent mounted on the roof, hmm? That’s what I thought. The blue coilovers? Just icing on the proverbial cake.

Then, there’s the Big Daddy. And we mean BIG; after all, the F-250 Super Duty pickup is big enough to start with, but when you lift it by 25 cm (10 in.), and an air ride system, bull bars that may just make the animal after which it’s named blush a little, well, let’s just say it’s going to be that much tougher for mommy to get you to come in for dinner.

Not that you’d be hearing her yell after you; the T-Rex’s 700-horsepower, 1,000 lb-ft turbodiesel will be sure of that. So, if the T-Rex gets over its initial fear and starts to chase you, rest assured that you’ll probably be able to outrun it, even if the truck does weigh 10,000 pounds. Or, you can just blind it with the eight Warn spotlights it has.

While affording the real thing may be a little much, you’ll at least be partly able to sate your taste for these as Tonka has already released numerous scale models of the T-Rex, the Tonka F-750 "Mighty Diesel" Dump Truck, and is set to come out with a similar treatment for the Tundra, and probably the 4Runner, too.

We say, the more toys, the better. 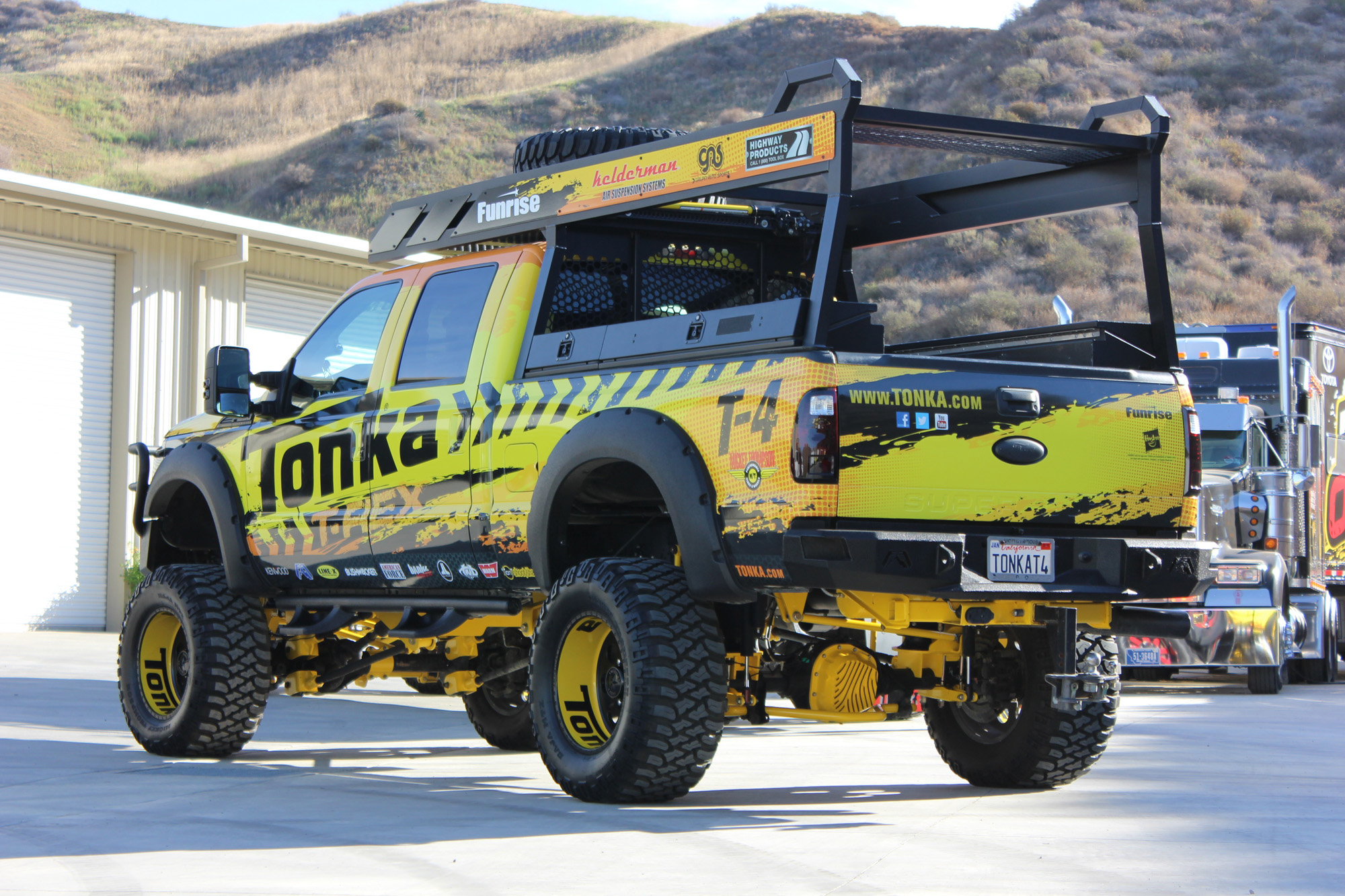