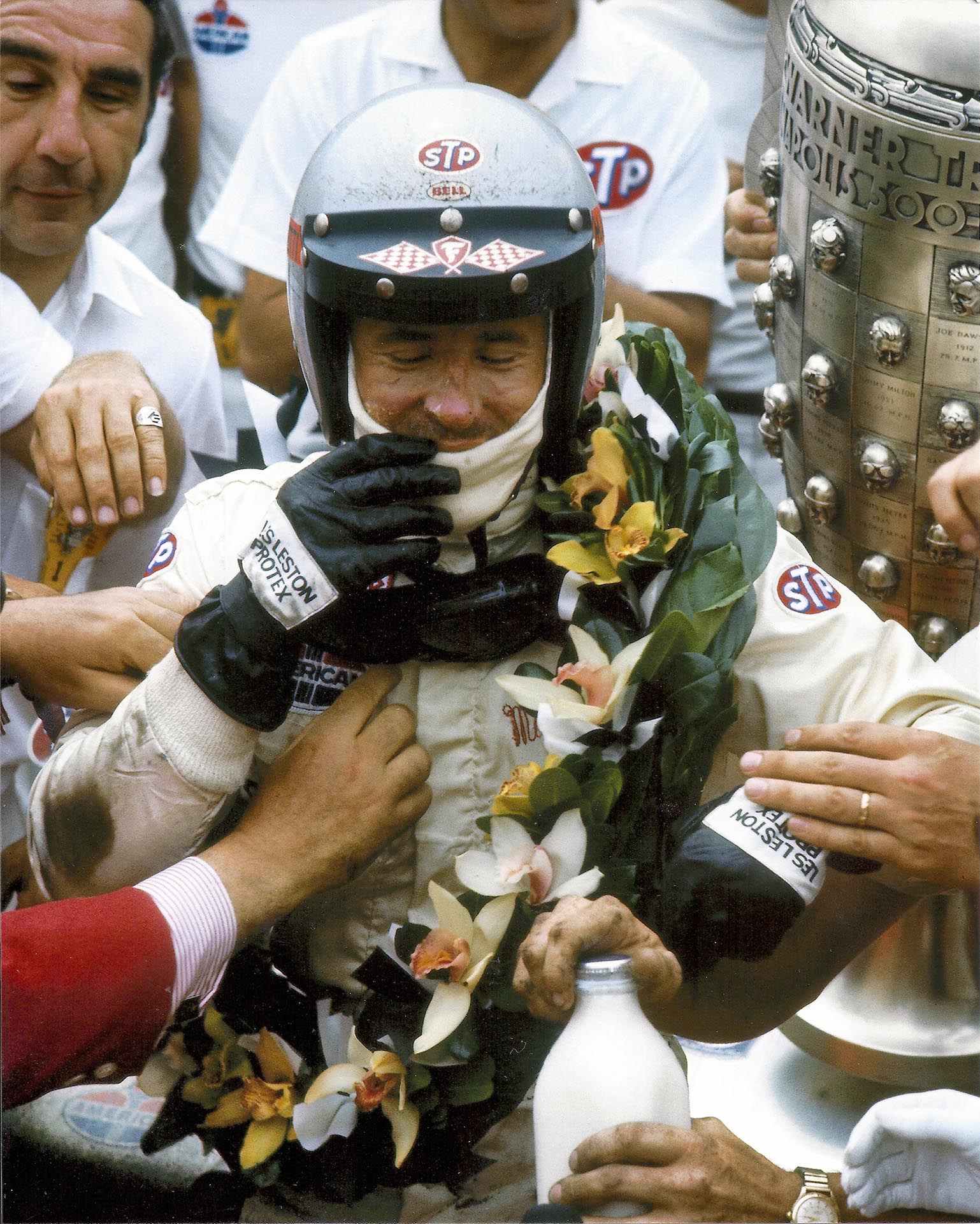 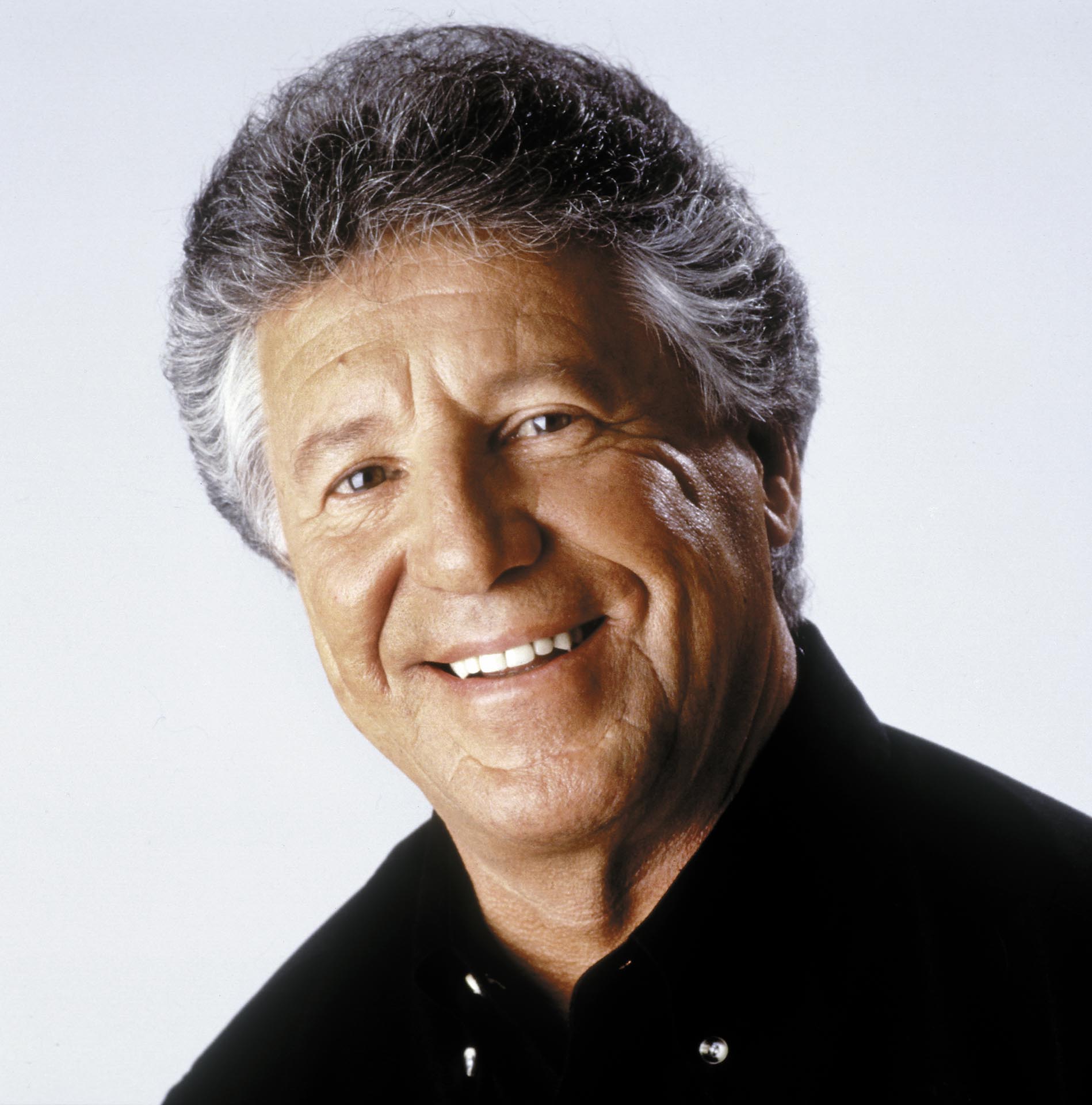 Mario Andretti is a racing legend – one of the greatest race car drivers, ever. Over his multi-decade career, Andretti won 111 major events including the Formula 1 World Championship, the Indianapolis 500 and the Daytona 500. He also captured four IndyCar National Championships, three 12 Hours of Sebring endurance races, and was named Driver of the Year in 1967, 1978, and 1984 as well as Driver of the Century in 2000. Andretti retired in 1994, but is still as active as ever. And he hasn’t lost his passion for wheels. His garage includes a 1987 Ford Bronco II, a 2011 Lincoln Navigator SUV, a 2012 Audi A8L W12 Quattro sedan, a 2013 Audi Q7 SUV, a 2014 Lamborghini Aventador and a 2015 Chevrolet Corvette Z06.

PG: “Your Bronco stands out from the rest of your rides – what’s the story behind it?”

MA: “It’s special. It’s an ‘87 Eddie Bauer. It only has 41,000 miles on it. I bought it for my dad. He enjoyed that car – it was his second car. He always had something else like a Lincoln or a Cadillac. He loved nice cars. That was a convenient car for him to take his dog… He loved that car so I kept it. I use that car as my airport car. It’s very useful. And it’s got that sentimental value. I talk to my dad when I drive it.”

MA: “You’re asking an Italian. What am I going to tell you? Italians.”

PG: “When you’re shopping for a new car, is performance more important than comfort?”

MA: “I like both. Even in my sports cars. I just bought a new Corvette Z06 and they have the racing seats. But I didn’t want that – I want more plush. The car has got everything – it’s got ceramic brakes and all the extras that I like.”

“What’s interesting today is every manufacturer has so much to offer. I’m about to buy a couple of new cars again. I stay loyal to some manufacturers but today there are so many nice things that I keep an open mind. I love gadgets and anything that is technical. I buy all the extras and anything that’s available, whether I use it or not. I like to have everything they offer.”

PG: “How often do you turn over your vehicles?”

MA: “A lot of them will change before the year is out. I like to keep a car about three or four years on average. I don’t buy used. I buy new. I don’t lease. I always own my cars. I’m old school – I like to own a car.” 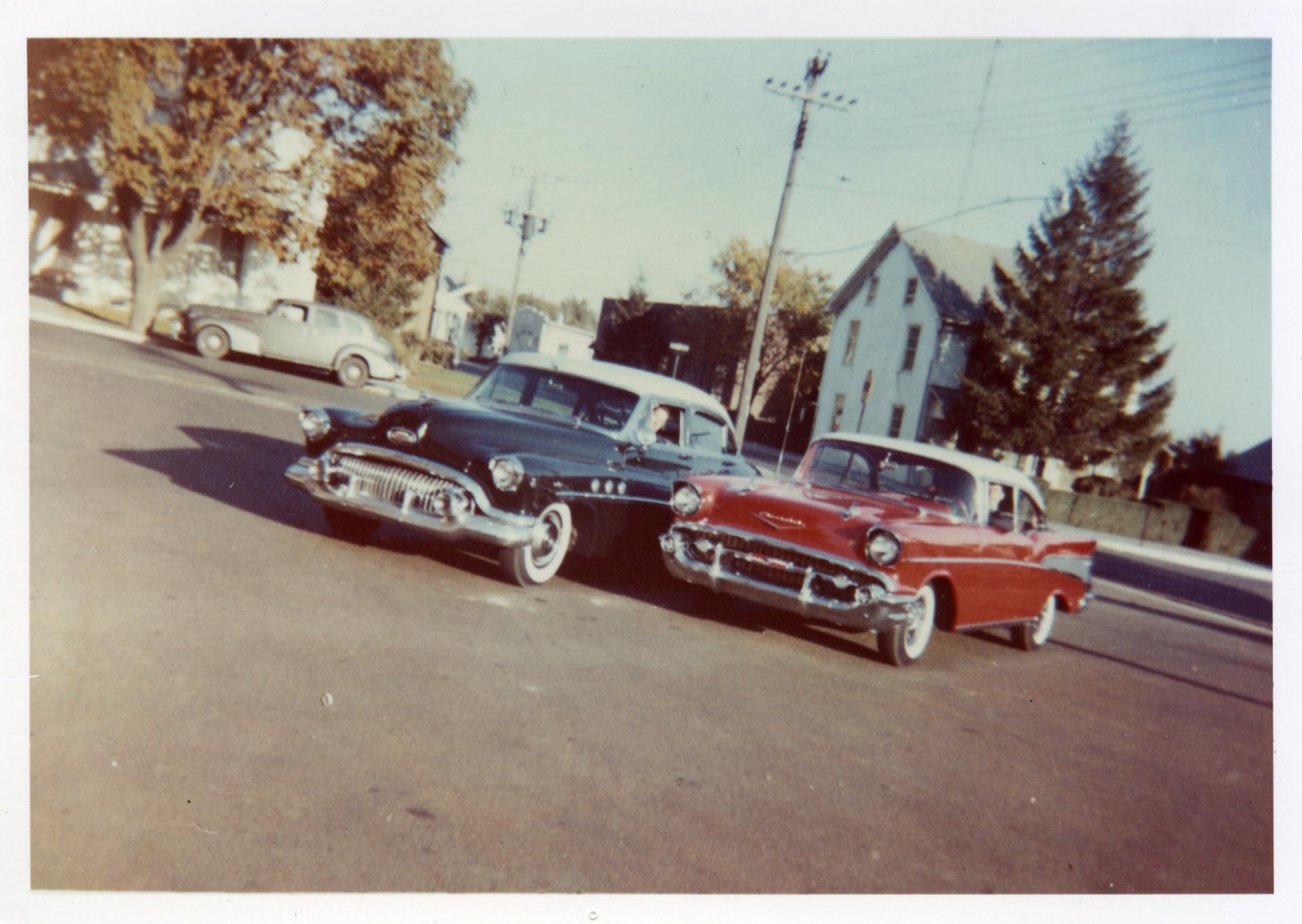 MA: “It was a ’57 Chevy. My dad bought it for my twin brother Aldo and I. I was 17. Aldo and I had to alternate. We had a pretty good deal. We used to work at my uncle’s gas station after school so he’d work one day and I’d work another day. He’d have it one weekend and I’d have it the other weekend. This was our first new car and I remember our dad would always check the mileage so we used to disconnect the speedometer. One of us would have it the whole weekend and we’d go roaming everywhere, come back to the garage and he’d go, ‘Oh man, you only put 3 miles on it!’ He never caught on.”

“The ’57 Chevy was the car to have as a kid. We were kings on the block. It was a two-door Bel Air hardtop in red and white. We put a glasspack exhaust system on it to make a little more noise. My dad didn’t like that. ‘I like the quiet. You should have kept the quiet.’ I said, ‘You get twice the gas mileage.’ He bought that one, too! We had that car for about four years. We put 175,000 miles on it and we crashed it three times and fixed it. That car was very active.”

PG: “Did your dad spark your interest in cars and racing?

MA: “I’ve had an interest in cars as long as I can remember. Why did I become enamored with it? There was no influence whatsoever from the family standpoint. But I had an uncle, Uncle Bruno, on my mother’s side. He was more of a terror. He always had motorcycles with the helmet and goggles. He was cool – he was the guy my brother Aldo and I would play. The guy who played the hero would play Uncle Bruno and then the other one would play my dad. My poor dad – he was not too excited.”

PG: “Any speeding tickets on the road?”

MA: “Yeah. It depends. I have good classical tapes and I love pop music.”

PG: “Do you sing behind the wheel, too?”

PG: “What was your favourite win and favourite race car?”

MA: “Every race I won became a favourite. However there’s one that stands out. I saw my very first Formula 1 race when I was 14 in Italy and that’s when my dream was really cemented. That’s what I wanted to do. I didn’t know how or why. That was in 1954. And every car you win a race in is your favourite as well. I remember every single one. We have it on record, I’ve driven 176 different race cars in my career – that’s a lot of race cars.”

MA: “I was embarrassed one time when I came in for a pit stop and I stopped at the wrong pit. I don’t even want to remember that, but it happened and it was embarrassing.”

Personal:
• arrived in the US from Italy at the age 15
• married to his wife, Dee Ann, since 1961; together they have three children: Michael, Jeffrey, and Barbra

Upcoming:
• brand ambassador for Firestone, MagnaFlow Performance Exhaust, and the Circuit of The Americas, a 5.5 km track in Austin, Texas, home of the Formula One United States Grand Prix
• personal ventures include Andretti Winery in California’s Napa Valley, The Mario Andretti Racing Experience schools, and a petroleum business