It's hard to imagine myself in the role of automotive writer without the existence of the Studebaker corporation, one of the last of the orphan automakers to bite the dust. The company was formed all the way back in 1852 by a pair of brothers who started out building horse wagons in South Bend, Indiana before transitioning to gas-powered vehicles and eventually establishing their own brand in 1911. The reason for the link between my current livelihood and this vanished piece of automotive history? My father, Karl Hunting, a man who at any given time has ten or so Studebakers parked on his country property in the Eastern Townships region of Quebec.

Of course, it took a while for him to build up the collection, which meant that during my childhood there were typically only one or two Studebakers in the household. Always drivers, and always driven, my father's Studebakers carried myself, my mother, and often my sister throughout Quebec and northern New England on the way to swap meets, antique car shows, club events, and yes, slow car races, a brand of entertainment that has almost completely disappeared from the modern concourse-focused template of automotive appreciation.

Of the collection, I'd have to say the most memorable to me has to have been his 1951 Studebaker Champion bulletnose, a design from the team of Bob Bourke, Raymond Loewy, and Virgil Exner that, alongside the more plush bulletnose Commander, has become an icon of pop culture and an indelible representation of the era. My father kept his Champion coupe for a great many years, a time period that covered most of my early years. 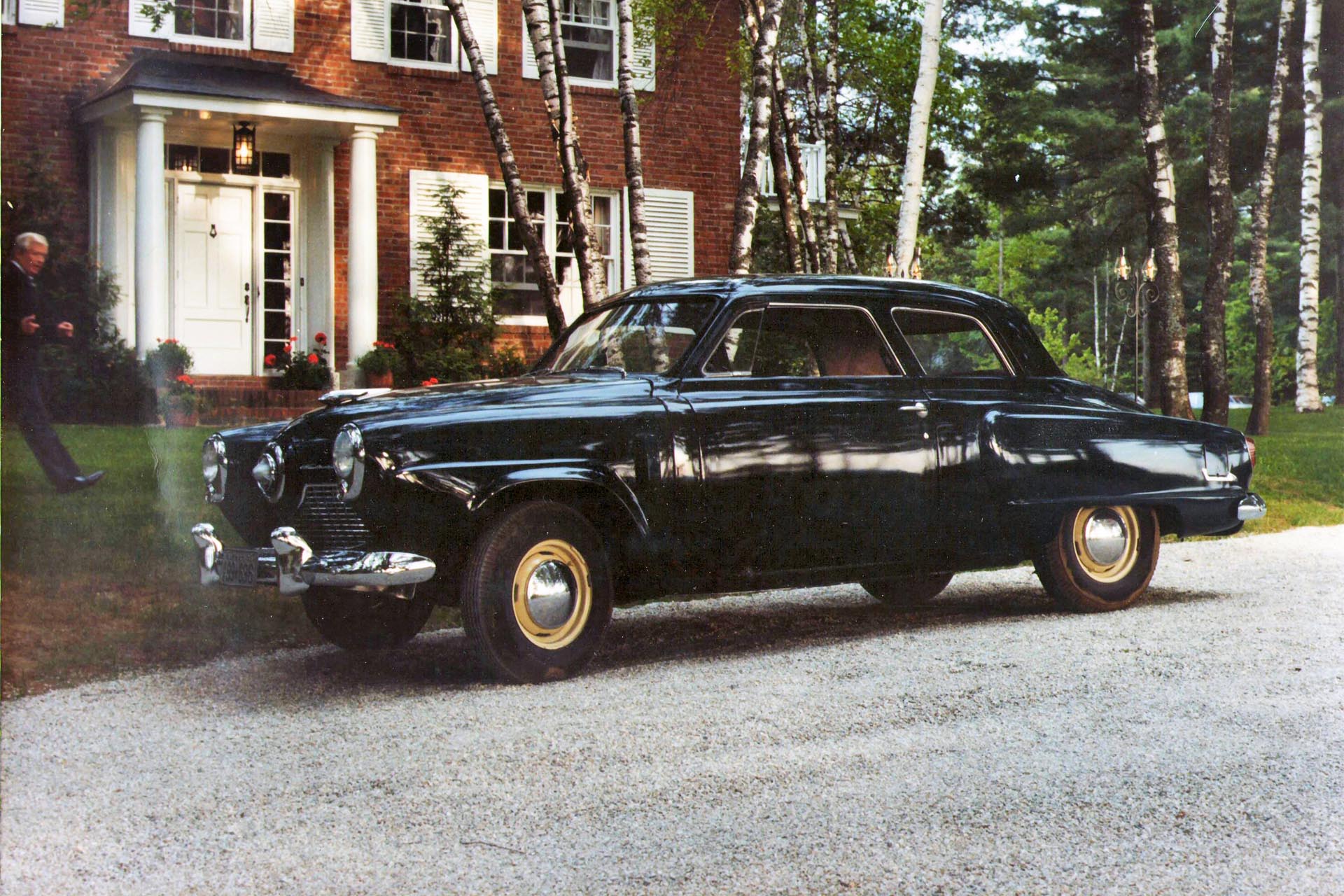 The car may have only been powered by a modest six-cylinder engine, a 170 cubic inch inline unit that was good for 85 horsepower and mated to a three-on-the-tree manual transmission (with overdrive), but it was more than enough to motivate the surprisingly lightweight Studebaker wherever we needed it to go. The Champion also offered other technological advances that were a hallmark of the brand during its heyday, including self-adjusting brakes and panoramic windshields (and rear glass, too, in the gorgeous Starlight coupe models). An independent front suspension was also a feature of Champions built after 1950, adding a degree of control and comfort that was not present on the '47-49 models. The car served as our faithful chariot on both the interstate highways and rural two-lanes that linked the classic car faithful to their places of worship: open, grassy (and occasionally muddy) fields, high school gymnasiums, off-season fairgrounds, and carefully-curated local museums.

I can remember one particular summer Saturday morning when the entire family was motoring down I-91 on our way to Springfield, Vermont, to meet a friend of my father's named Fred Bradley at a local car show. I couldn't have been more than 10 years old, and my sister even younger than that, but by that time we were already used to the adventures that can befall you when choosing a 35 year-old automobile as your long-distance driver. As the universe never runs out of lessons, we were about to be reminded of that certain X-factor by way of a generous fuel gauge reading.

My father, aware of the optimistic nature of the '51 Studebaker's empty/full reading, had nevertheless decided to try to push on towards the Springfield exit rather than investigate alternative fuelling points once the gauge itself began to swing dangerously low. As a result, we almost made it.  Stranded a few miles from Springfield on the side of Interstate 91, we watched modern traffic rocketing past us with the unruffled confidence imparted by circuit boards and fuel injection.

It was the 1980s and Vermont was, and still is, a gentle land, but for the first hour or so the only person to stop on the shoulder and approach us did so exclusively so he could take a photo of the car before jumping back into the driver's seat and roaring away without any offer of help whatsoever. Depressed by this display of the human condition, but not broken, it was no surprise to us that the next kindly Samaritan who stopped was also driving a vehicle from the early '50s, and was on the way to the same show that we were. Not only did he let us siphon fuel out of his tank to get us the rest of the way to Springfield, but he found us later on that day on the show grounds to make sure that we didn't need any more help before heading home. My dad's lesson had been learned, and tanks were topped off before leaving every point of call from that point on. 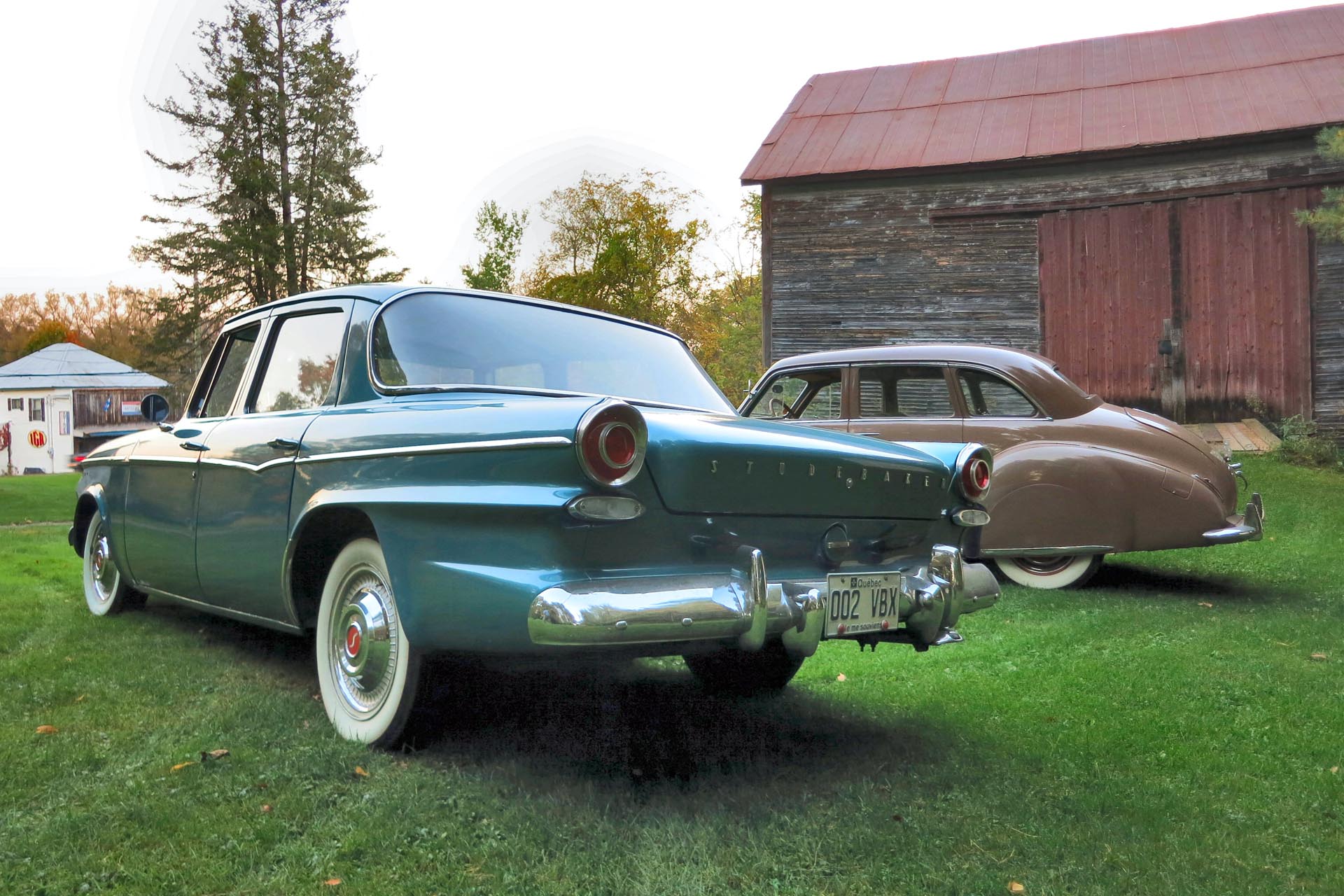 The '51 coupe eventually gave way to a '49, pre-bulletnose Champion sedan as my the family's mainstay, and over time even that car was let go as the collection grew to include a variety of wagons, trucks, and passenger cars wearing the Studebaker badge. My dad's love for the brand sadly wasn't matched by the passions of the general public. Despite Studebaker offering innovative designs at affordable prices on a constant and evolutionary basis, the post-World War II automotive market was a tough one for independent automakers, which began falling like dominos in the face of the Ford / General Motors / Chrysler juggernaut.

With storm clouds on the horizon, Studebaker tried to stave off fiscal ruin as sales began to dwindle, but an ill-advised merger with Packard in 1954 did nothing to bolster a sagging bottom line. Although the company continued to produce models until 1966, including the Avanti coupe (which was built as the Avanti II well into the 80s by private interests who bought the original tooling from Studebaker), and the Lark compact sedan, coupe, and wagon (a vehicle that beat the majors to the small, inexpensive car market), the financial writing was on the wall. By 1963, American operations in South Bend, Indiana, had ceased, and three years later the last of its factories (located in Hamilton, Ontario) would also close their doors.

Today, I don't get the chance to spend nearly as much time inside the confines of a vintage Studebaker as I used to, and my life is poorer for it; but when I do visit my father and his collection, my favourite fleet member has to be the 1963 Lark Wagonaire with its retractable steel roof, a feature that like so many other Studebaker-firsts was ahead of its time. My father has transferred his affections to an unrestored 1941 Commander, a running, driving survivor that wears well the patina of over 70 years of life on the road.

There's no Studebaker currently sitting in my own garage, but that doesn't mean that one day there won't be. It seems almost like my duty to preserve at least one member of the family of cars that has given me – and my loved ones – so much over a lifetime.