There are Ferraris, and there are Ferraris. You could argue that every single one is special (maybe not the, ahem, “interesting” looking 612 Scaglietti), but some are more special than others.

These days, Ferrari builds an entry-level model that you'd have to win the lottery to afford, a V12-powered, front-engined GT car, and the idiotically named Ferrari LaFerrari. Just one of those cars is the banner carrier for the brand, just one is the lead stallion.

Here's a look back over the years at how that bloodline was born, preserved and enhanced. 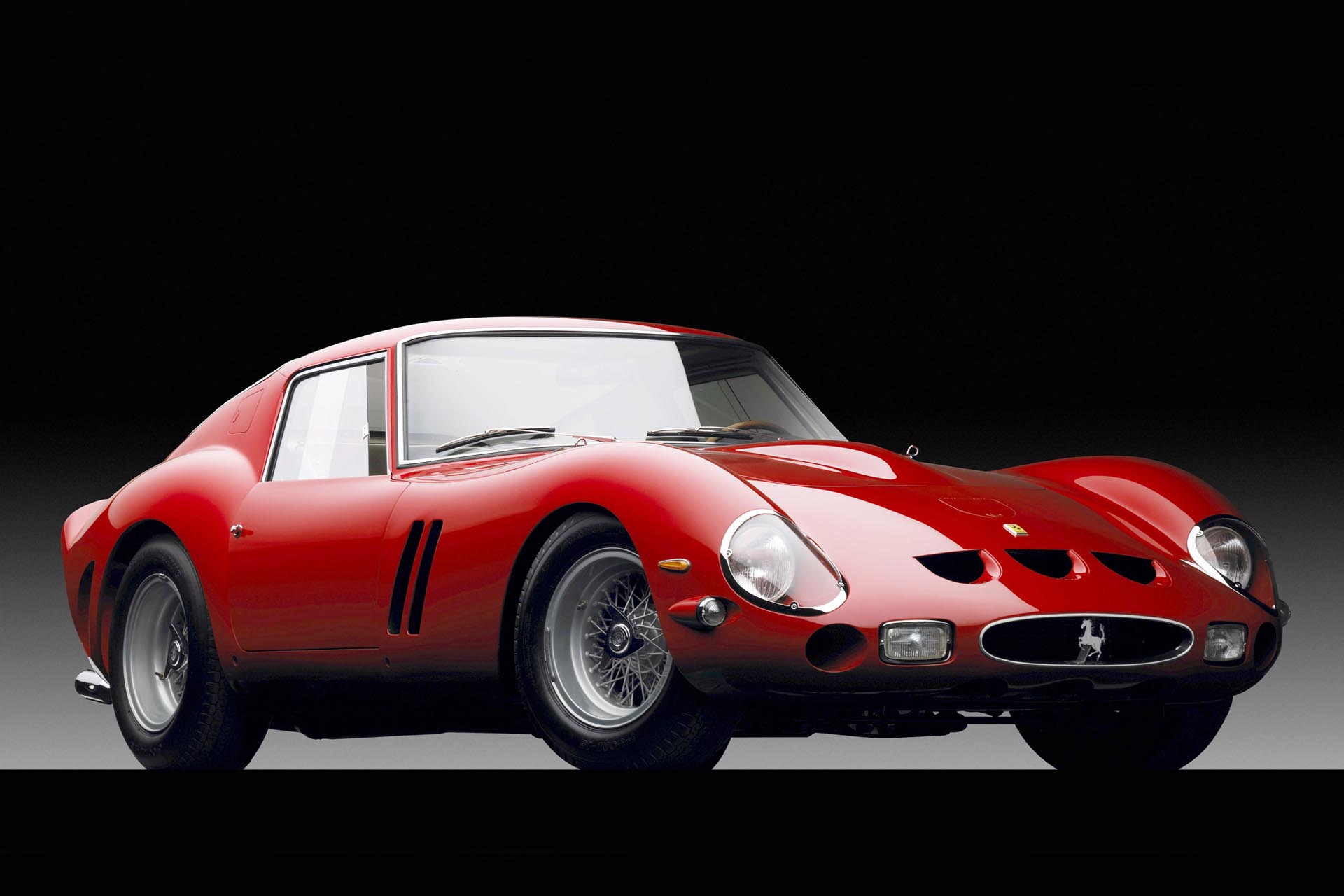 If you have to win the lottery to afford one of Ferrari's mid-level models, better buy a cluster of lucky rabbit's feet if you want one of these. Selling at auction for as much as $52 million, the 250 GTO is constantly at the top of the list for most expensive cars in the world.

It is said that Enzo Ferrari cared only about racing, and sold road cars basically because he had to fund his competition models. The GTO, then, gets to be a blend of the best, a homologation special intended for racing, but certified for road use.

Power comes from a 3.0L competition-spec V12 making somewhere around 300 hp. It has six Weber carburetors, and is formed entirely from aluminum alloy, with a dry sump to handle cornering loads better. The chassis is handmade from welded oval-tube steel, and the gorgeous bodywork then draped over skeleton and mighty beating heart.

GTO stands for Gran Turismo Omolagato – Grand Touring Homologated. Ferrari only built 33 of the original GTOs, along with three larger-engined variants and three with tweaked bodywork. FIA regulations said that 100 cars should have been made to comply with regulations, but Ferrari gamed the officials by giving his cars non-sequential numbers: this one's number 002, this one's 015, this one's 056, and here's 100. Kinda’ like the old childhood game of 1, 2, skip-a-few, 99, 100!

Intended to compete in the GT class of racing against the likes of the Jaguar E-Type, the 250 GTO did quite well and proved a fearsome beast despite its quickly aging front-engined layout. It remains eminently collectible not because of racing prowess, but because of its great beauty and rarity. Its successor, the 250 LM, would move Ferrari firmly into the realm of the mid-engined supercar. 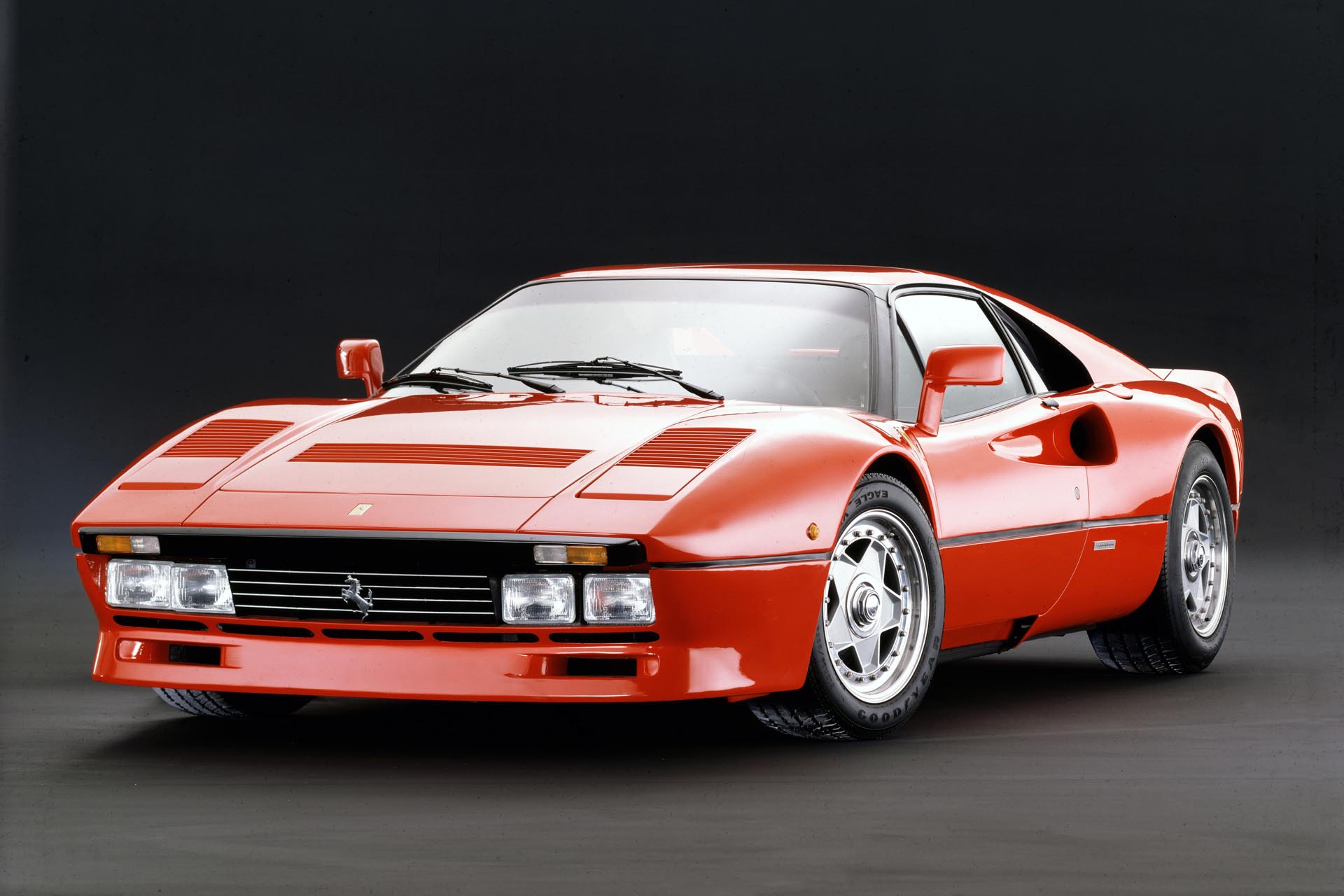 If your image of a classic Ferrari is a curvaceous shape carving up perfectly smooth tarmac, then here's a jolt for you. Imagine this thing shod in knobbly tires, spraying gravel and flame out the back as it hurtles through some dark Scandinavian forest, battling Audis and Lancias for the title.

The 288 GTO is also a homologation special, but one built for the utterly insane Group B rally series, an essentially unlimited class that saw more death and destruction than almost any other type of racing at the time. It looks a bit like Magnum P.I.'s cherry-red 308, but don't be fooled. This thing's a monster.

You can see the fangs poking out a bit here and there – the quad fog lights up front, the semi-exposed rear differential. Under its skin, the 288 has a 2.9L twin-turbo V8, rotated to be mounted longitudinally, and boosted up to 400 hp. It'll crack 300 km/h easily, and is perhaps one of the most beautiful turbocharged cars ever made.

Group B was cancelled after the death toll rose too high, so the 288 GTO never saw battle. It would, however, give rise to the last car to carry Enzo Ferrari's personal touch. 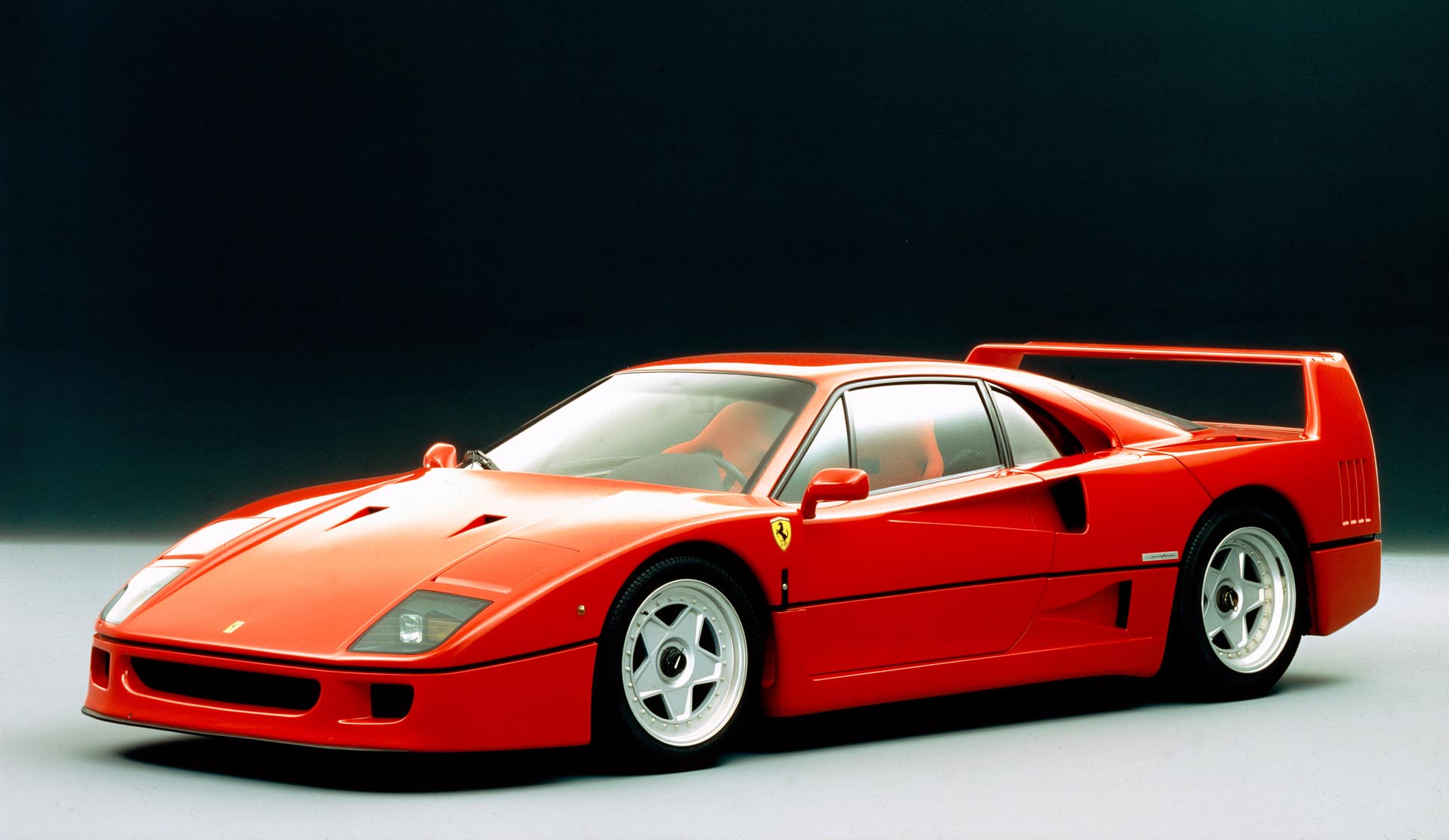 Fitted with the same twin-turbo heart as the 288 GTO, the F40 was essentially a racecar for the road. If modern supercars employ all sorts of electronic trickery to keep unskilled drivers from stuffing it into a ditch and are filled with sumptuous luxury fittings, the F40 is the exact opposite of that ethos. It is the anti-Veyron, a no-carpets Kevlar confection with exposed seams and way too much power.

Weighing about the same as the current Miata, the F40 is rated for 471 hp (but probably makes more). It was the first production car to go faster than 200 mph (320 km/h), clipping the wings of Porsche's all-wheel-drive 959.

It was also the last car Enzo Ferrari personally approved: the 40 in F40 is in celebration of the fortieth anniversary of his company. It is fast, it is rather dangerous, and it is as raw as distilled amaro. Walter Rohrl once told me a story about nearly burning to death in one after an accident. It would be the last of that sort of kind of supercar for a very long time. 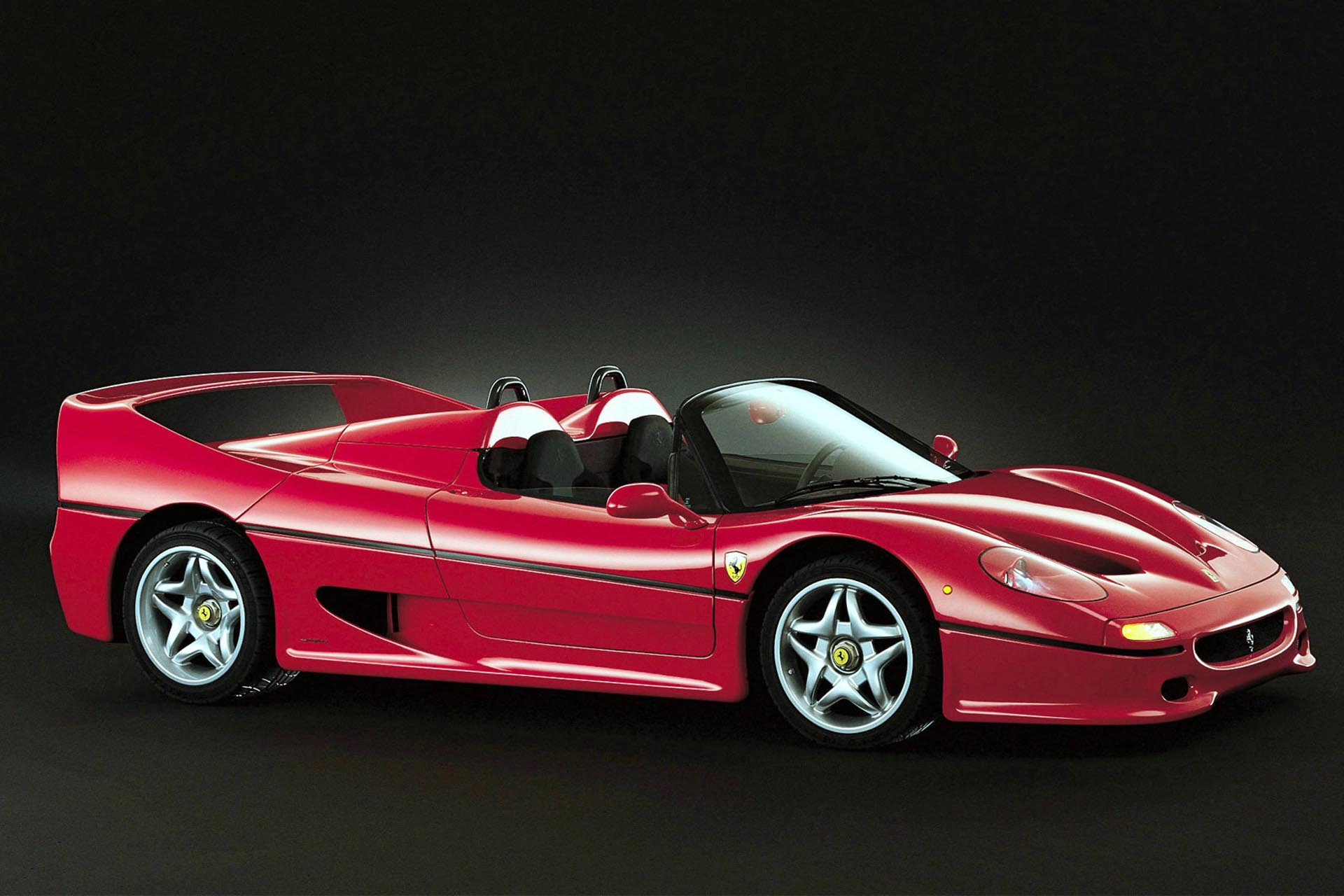 The F40's overboosted antics were a hard act to follow, and the F50 possibly lies in a bit of a trough as a result. Overshadowed by its ancestors and descendants, it's still an interesting car in its own right.

With the F50, Ferrari returned to a naturally aspirated V12, here making above 500 hp at a screaming 8,000 rpm. And, with a removable roof, you could really experience the entirety of the aural performance. It certainly wasn't the prettiest car, but it was a beast.

Ferrari never took their F50 racing, although there were plans to do so. Instead, attention was solely focused on the F1 team, leaving the F50 to become perhaps not quite the race-bred hero it could have been. 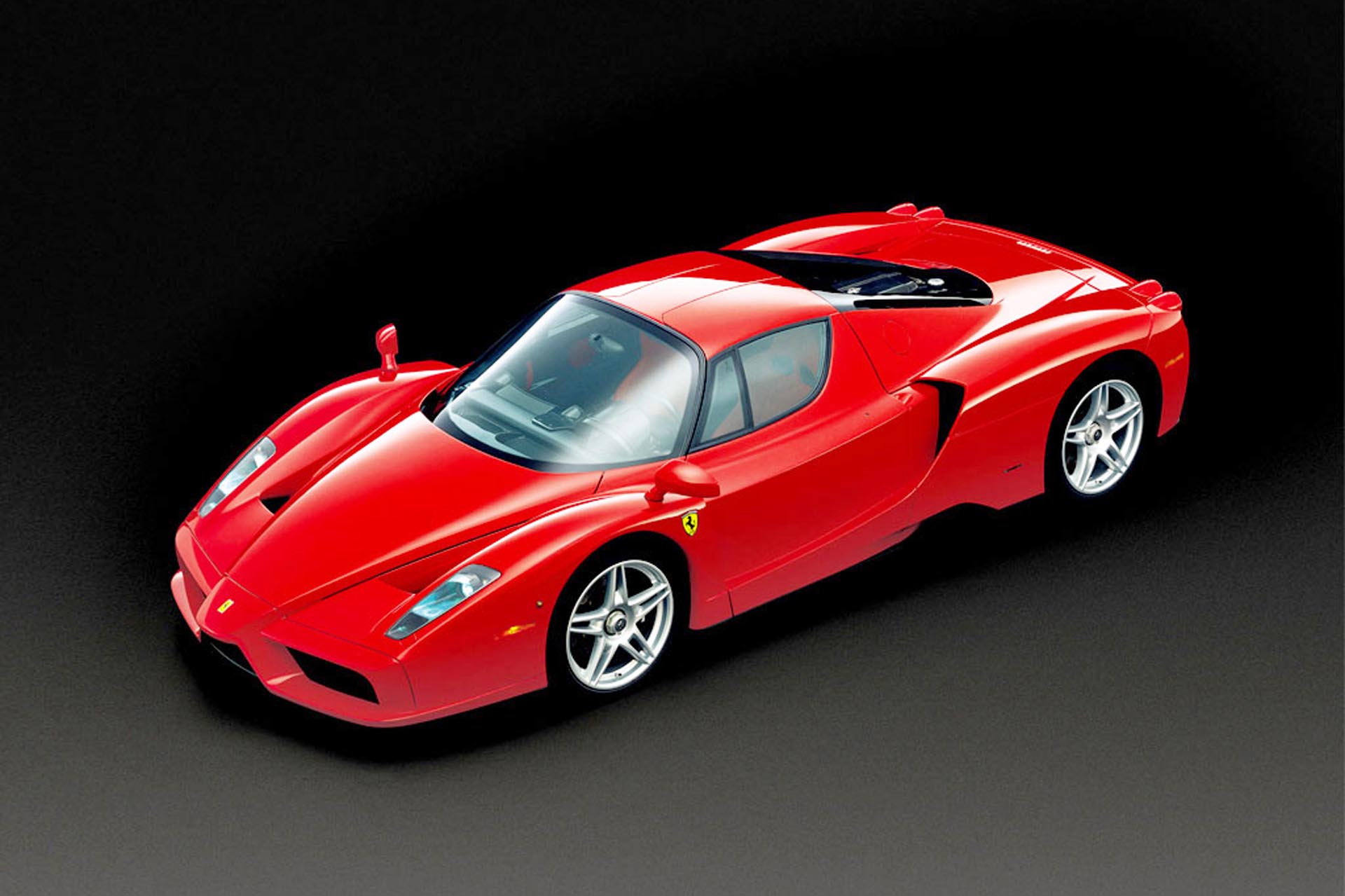 When you put your founder's name on a car, it has to be special. The Enzo certainly was – in fact, forget about even buying one unless you'd already bought an F40 or F50 from the factory. Just 349 of the first run of cars were sold only to those who'd already owned a full-blooded Ferrari supercar. Ferrari later built 51 more, one of which went to the Vatican to be sold off for charity.

The Enzo benefited directly from Ferrari's F1 efforts, and was fitted with technology like carbon-ceramic brakes and carbon-fibre bodywork. It also had trick active aerodynamics that generated real downforce at speed.

The engine was a howling V12, displacing 6.0L and revving beyond 8,000 rpm. It makes 651 hp and sounds like Pavarotti having his backside pinched by an angry lobster. Wonderful stuff.

As fearsome as it was, the Enzo is not a very pretty car. In terms of design, it would take Ferrari a few more years to find a way to combine wind-tunnel testing with beauty. 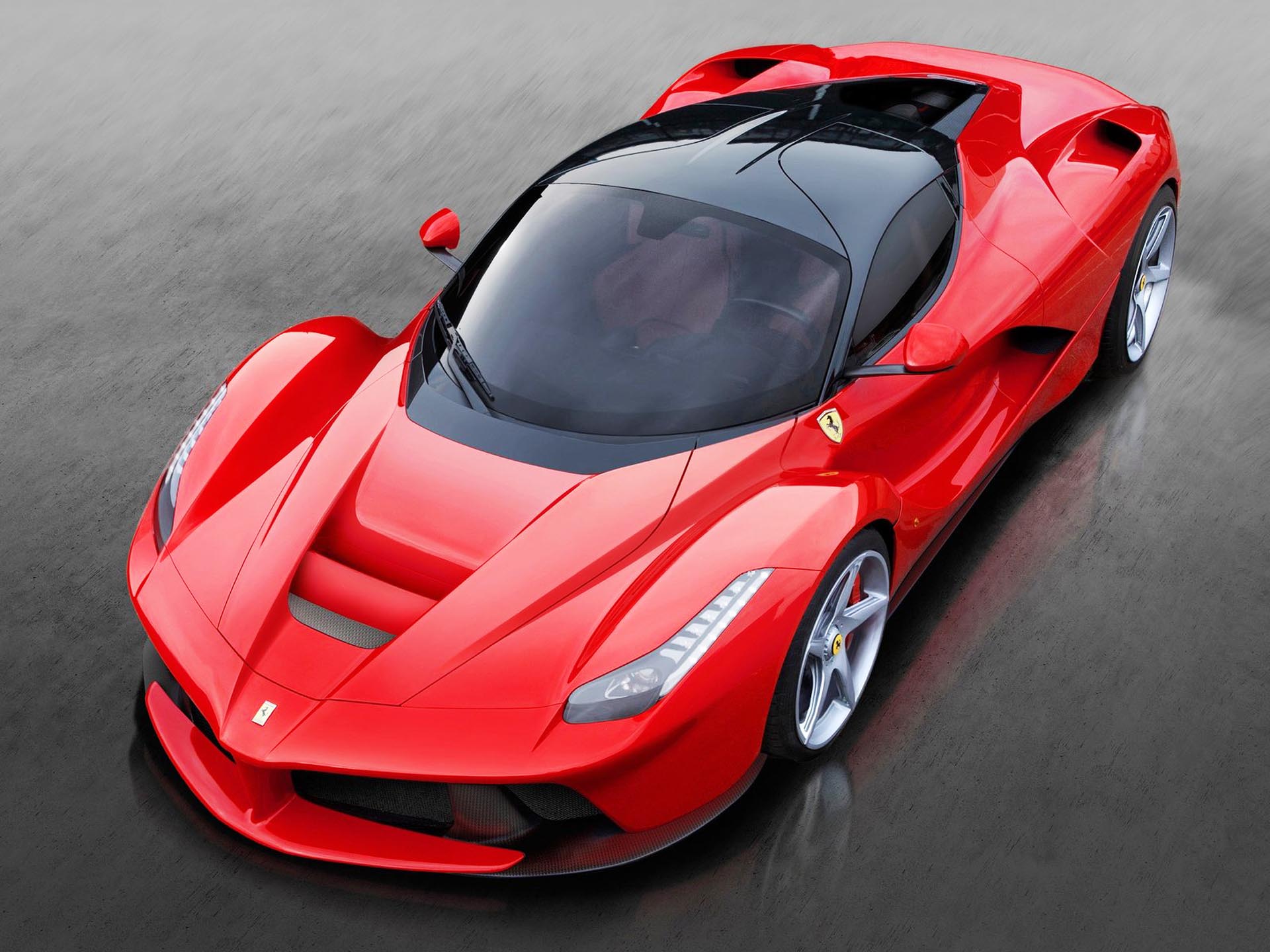 What a silly name for a car. Let's just call it by its model-code designation instead: F150. Wait, that's even worse.

The title is goofy, the car is not. With the combined might of a mild hybrid powertrain and a 6.3L V12, the LaFerrari produces nearly a thousand horsepower, and can rocket off the line in a way none of its ancestors can match. It's likely faster than many Ferrari Formula One cars of the past.

Who knows what Ferrari will make next to supplant the LaFerrari in their stable. Certainly it'll have to be something exotic, and possibly turbocharged. We've seen how awesome a turbocharged Ferrari can be in the past – the future of Ferrari's flagship beckons impatiently.