So far, the previews for Mad Max: Fury Road make the film look as though it could very well be one giant car chase, with a line of dialogue or two thrown in here and there, and the occasional post-apocalyptic mutant making an appearance.

To which we say: So? What’s wrong with that? We love our car chases, and what follows is a list of those we loved, and wanted to see more of. 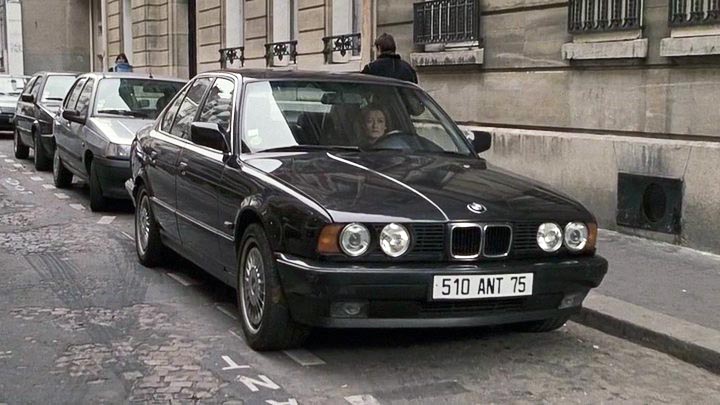 Not only does Ronin make it onto the list, but it sits at spot No.1 for a reason. The rest of this list isn’t really ranked, but if it were, the fact that there are two fantastic chases would have it at No.1 anyway. Two chases, yes, but we have to choose one, and so the final chase between Sam’s (played by Robert DeNiro) Peugeot 406 and Diedre’s (played by Natascha McElhone, of Californication fame) BMW 535i gets the nod. Maybe it’s because Neil’s car is so eclectic; maybe it’s because all us car whizzes love that we can identify Diedre’s BMW as a 535i, even though the producers would have you believe it was an E34 M5; or maybe it’s just because Sam’s move about half-way through, where he yammers on the handbrake and does a Ken Block-esque 450-degree turn instead of a simple left turn is just so durn awesome. 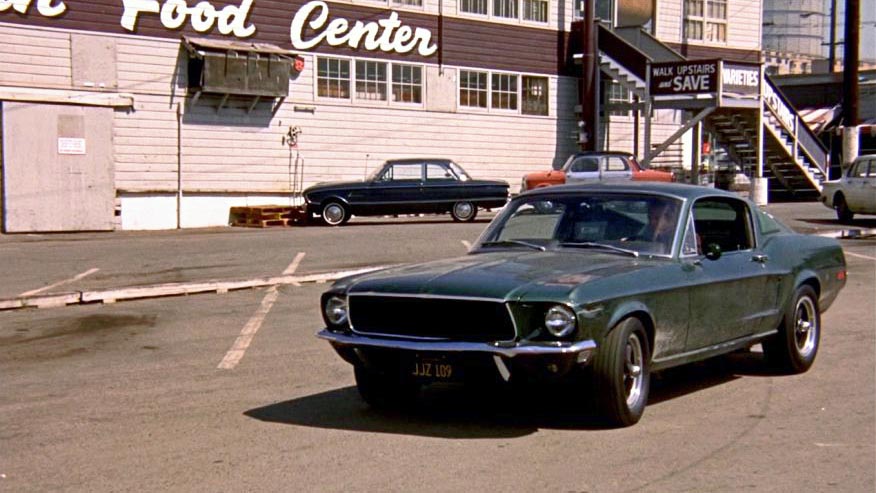 While Ronin takes the cake thanks to the cars and driving on display, spot No.1A has to go to Bullitt, simply because it really is the granddaddy of them all. While the late great Steve McQueen didn’t drive the whole time, the fact that he fought tooth and nail to do just that adds a layer of realism and toughness to the chase that can’t be denied. Then there’s the car; Bullitt’s GT390 ‘Stang didn’t put the Mustang itself on the map – tens of thousands of sales did that – it added to its clout as the car a tough movie cop would drive and all the coolness that goes along with the title. Oh, and the chase features one of the most famous (for car chases, anyway) continuity errors in film, when the pursuers’ Charger loses not one, not two, not three, not four but five hubcaps. 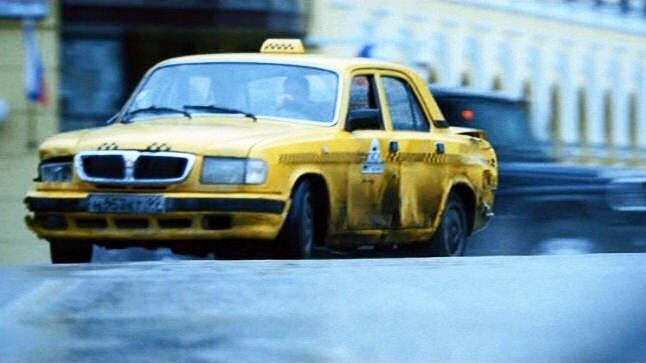 The Bourne Supremacy – arguably the strongest film of the series – has so much other goodness that the final car chase is so easily forgotten. It shouldn’t be, though; how can you forget a chase through the bustling streets of Moscow between a Russian Gaz taxi and Mercedes G-Class? Can you think of a more mismatched pair? Between the quick cuts of Jason Bourne punching the clutch and slamming home gear change after gear change, the taxi bashing into everything possible and the arrival of Russian special police in a brace of sinister black Benzes, it’s a chase you’ll want to watch again and again.

Honourable Mention goes to the chase scene from this series’ first movie, featuring Bourne pedalling a rickety Mini Cooper down a flight of stairs, into oncoming traffic – repeatedly – and generally making a World Rally Championship stage out of the streets of Paris.

Dodge Chargers vs The World in Fast Five 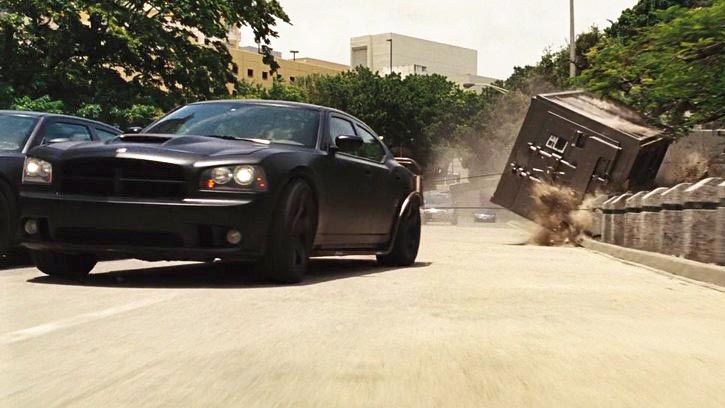 We could probably make an entire list of F & F car chases – maybe we will when the series’ eighth entry drops in two years – but if one stands out above them all, it has to be the manic blast through Rio de Janeiro involving two heavily-modified Dodge Chargers, a garbage truck, and about 600 different varieties of Rio police cruiser, including a Ford Explorer that meets a particularly gory demise. Two Chargers, each hooked up to a safe – a SAFE! – that they literally yanked out of a wall as if it were a stubborn wisdom tooth, dragged through traffic decapitating everything that gets in their way and prompted everyone in the theatre to ask “how the HECK did they think of that?!?” 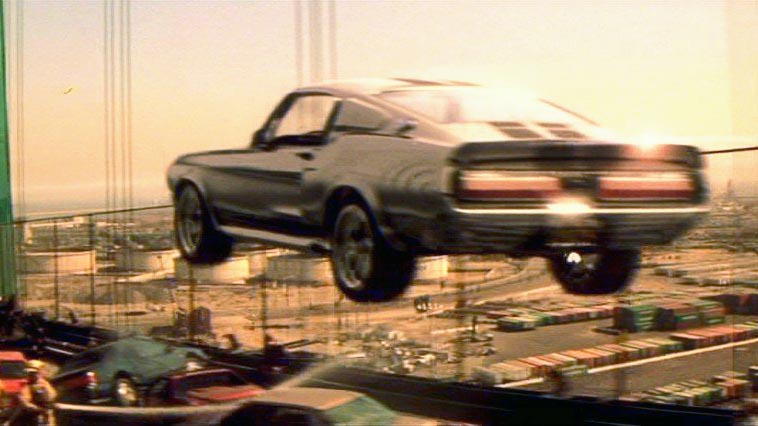 When late great film critic Roger Ebert reviewed 2000’s remake of the 1974 cult classic, he got the model of the hero car wrong but gave the movie props nonetheless; that’s a pretty impressive feat, considering the original movie’s final chase crunched gears and burned rubber for over half an hour. The new one does it justice, though, thanks to the fact that Cage mostly drove Eleanor himself and the fantastic clutch poppin’, gear-lever slammin’, tach-needle pingin’ final stunt, where Cage’s Memphis Raines clears an entire traffic jam in a single bound. And outpaces a chopper (impressive, even though it’s only “an Astar, sir, not an Apache”). And navigates the streets of downtown LA… backwards, with enough time to smile and wave. 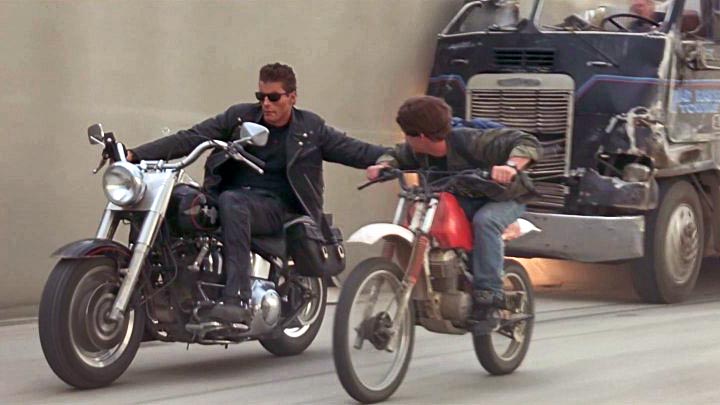 Ringing in at about five minutes, this battle between John Connor, the Terminator and T-1000 manages to pack a lot in. For starters, it features some of the best, coolest-looking shotgun work in the history of film, and the truck (I’ll just smash through everything) versus bike (dodge, dodge, dodge) mismatch is a great juxtaposition. Yes, there’s a fair share of continuity errors (no way that truck survives that drop into the aqueduct… oh, wait. Look at that front axle…), but who cares? It’s spectacular. 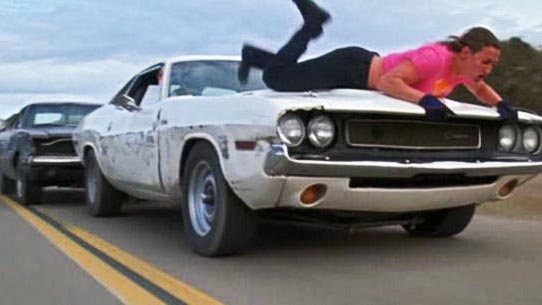 Shot like a study of the Hollywood car chase canon, this romp through America’s backroads features all manner of perfectly timed car-chase clichés, like the shot where you follow a car’s hood ornament, or when the camera loses a car in a cloud of dust, panics, and finds it again 50 meters back the other way. Plus, in his way, Director Quentin Tarantino manages to shoehorn in some delicious irony while he’s at it. You want to hate Kurt Russell’s Stuntman Mike – he does some pretty abhorrent things – but when you see him chasing a car full of joyriders, one of whom has voluntarily strapped herself to the hood of a speeding muscle car, well, you realize he’s just doing Darwin’s work. By the end of it, you actually kinda feel sorry for the guy. 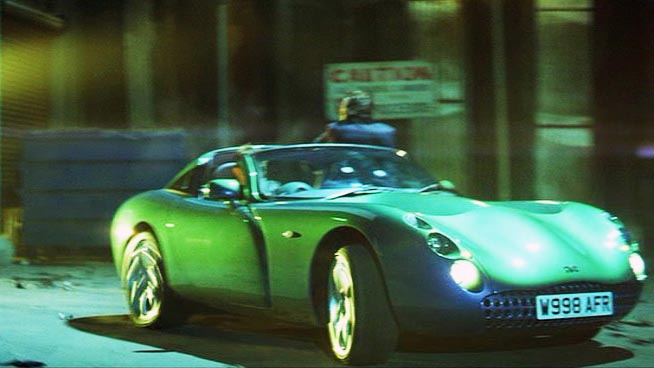 Like Death Proof, it’s a neat little piece of irony (in addition to the driving, of course) that does this one for me. When Australian Hugh Jackman’s character, American hacker Stanley Jobson, is forced to take the wheel of the right-hand drive TVR, he panics because he doesn’t know how to drive a RHD car. Geddit? Also, the “hero” (“Hero” depending on whether or not you believe terrorist Gabriel Byrne is actually fighting for the greater good) car is so out there and weird that it makes all the Chargers, Benzes and Mustangs on this list look positively pedestrian by comparison.

BMW 735iL vs the Nice Gendarmerie in The Transporter 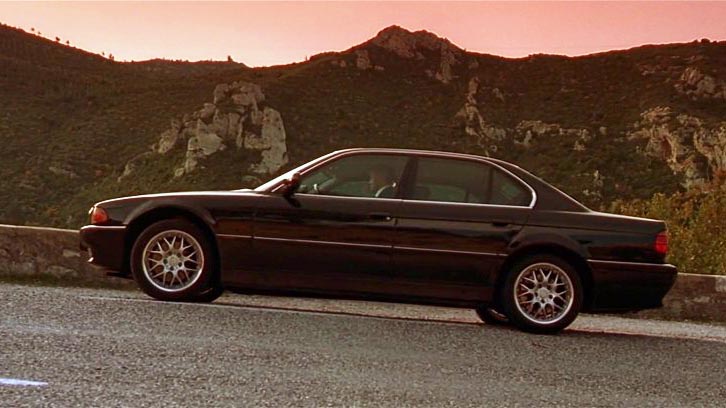 Speaking of Bimmers… well, there’s just something about them and the streets of French coastal towns (in this case, Nice) that works for car chases. Maybe it’s the scenery. Maybe it’s because the metallic howl of a BMW straight-six just works so well for a car chase soundtrack. Add the fact that Frank Martin’s particular 7 Series has a proper manual transmission, and you have a real winner here. Shame he switched to an Audi for the rest of the series. 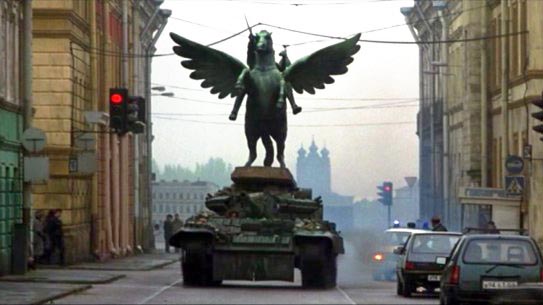 Like the Fast and the Furious franchise, we could probably do a whole list featuring only chases from the Bond series, and we likely will when SPECTRE drops later this year. However, for the time being we’ll feature Pierce Brosnan’s Bond in a T-54 tank that steals – well, wrecks, anyway – the show. And he doesn’t just drive the 36 tonne hunk of metal; he actually powerslides it through bends, does his own tunnel remodeling and ends up wearing a statue as a hat. All without firing a single shot. 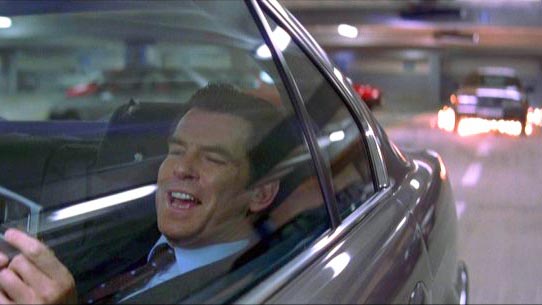 Yes, Bond doesn’t really drive here in the typical sense, but the way he treats the big, two-tonne BMW like a man-sized R/C car is still a very cool take on the whole car chase theme. It takes back seat driving to a new level, really. While some of the gadgets – sunroof-mounted rocket launchers, rear bumper-mounted tire shredders – are probably pretty far away from being included in any BMW option package, you can spec a remote start system and run-flat tires for your car, just like Bond has.